Pogo Structures Yard launches The LOXO 32 Outboard version with more options than ever.

The Pogo Structures Yard has introduced a new motorboat, the Loxo 32 Outboard version.

Three years ago, the Pogo Structures shipyard launched the Loxo 32, a modern cruising boat able to sail for long periods under pilot at a comfortable speed of 12 knots. A light and fast boat with considerable autonomy in navigation.

With this experience, the Loxo 32 continues her evolution and expands her possibilities with a new model. The Loxo 32 Outboard is a version equipped with choice: one or two engines.

In her original version, the Loxo 32 is equipped with a diesel engine, allowing very low consumption (0.5 litres per mile at 12 knots) and a maximum speed of 19–20 knots.

Many boaters asked the shipyard to build a Loxo 32 with more engine power. 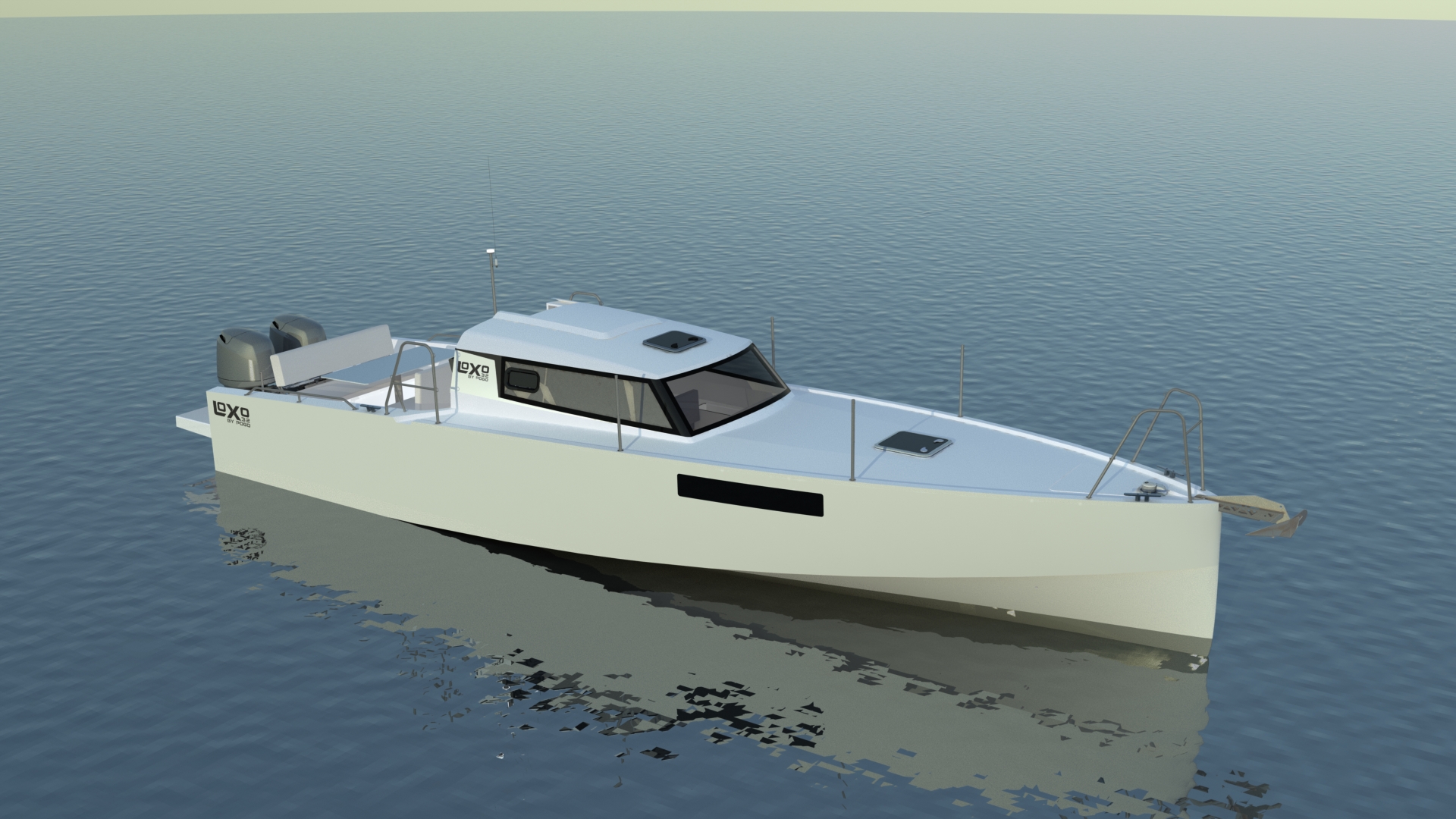 On the hull, we find two little fins for stability, meaning it will be able to land more easily on all beaches or small creeks with the engine base raised and without legs on the sides.

The interior comfort remains identical on all versions (diesel, electric and outboard): 1 kitchen, 1 toilet cabin and beds for four crew.

The panoramic wheelhouse can always receive a second driving position. On this new version of the LOXO 32 Outboard, the storage volumes increase with very generous cockpit seat boxes.

The friendly outdoor saloon with double benches can also be quickly transformed into a very comfortable sundeck. The stern end receives two platforms for swimming or dock access.

Like all Pogo models, the Loxo 32 Outboard is unsinkable, with many foam reserves sealed during the construction.