Is Saudi Arabia the frontrunner to host the 37th edition?

Just two weeks out from the deadline to reveal the dates and venue of the 37th America’s Cup, and despite what some might tell you, nobody other than the current holders Emirates Team New Zealand has any idea when and where the next edition will take place.

Picking a suitable venue for sailing’s oldest and most venerated international competition is no easy task and one that has been made all the harder since ETNZ CEO Grant Dalton’s decision to invite bids from outside New Zealand.

That hasn’t gone down well with the New Zealand public who were expecting Auckland to remain the centre of attention for another America’s Cup cycle.

In a recent poll, 72 percent were in favour of the America’s Cup being held in New Zealand next time – albeit less enthusiastic about their government stumping up the extra cash the team says is required to run the event and successfully defend the Cup for a second time.

Meanwhile, Dalton appears to have seen off an external challenge to his leadership from Kiwi businessman Mark Dunphy, CEO and chairman of Greymouth Petroleum. 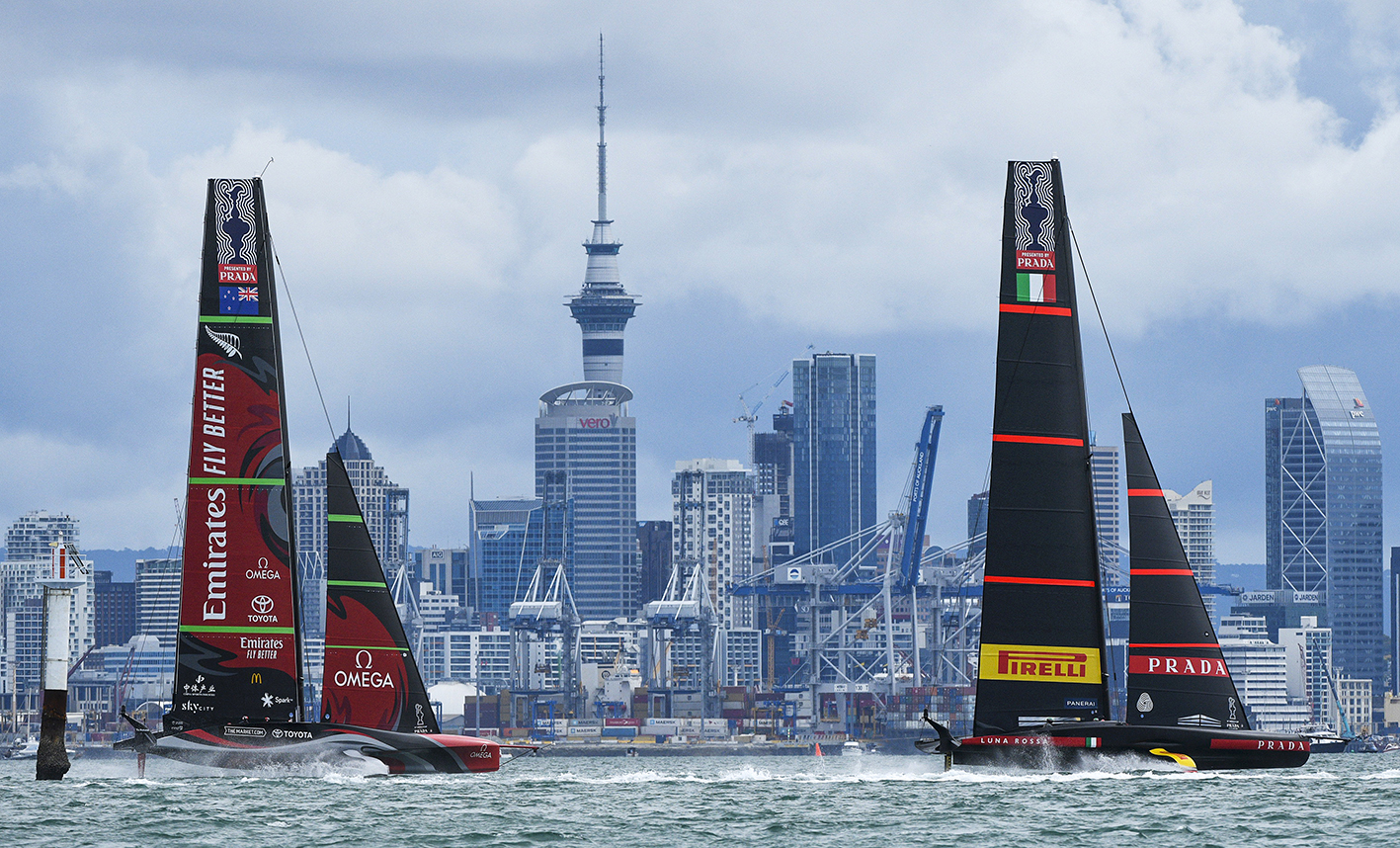 Dunphy claims to have access to the funds required to successfully defend the America’s Cup in Auckland – but only if Dalton would be willing to step down.

Dalton stood his ground, however, and by the weekend, the Dunphy camp was forced to soften its stance on forcing out Dalton. The group of largely unidentified richlisters said they were willing to pledge NZ$80 million on top of the New Zealand government’s previously offered NZ$100 million to run the AC37 in Auckland.

With nothing in writing to Emirates Team New Zealand or the Royal New Zealand Yacht Squadron to back up this proposal, it is hard to judge from the outside whether or not this is all just wishful thinking. Meanwhile, the clock continues to tick down to the 17 September deadline.

Back in the northern hemisphere, the three teams who challenged last time – Challenger of Record Ineos Team UK, Luna Rossa Prada Pirelli Team, and American Magic – can only bide their time and wait like the rest of us for the puff of white smoke from the ETNZ team base.

From what we understand, all three syndicates would be happy to return to Auckland for another crack at prising sailing’s oldest and most venerated trophy from the grasp of Emirates Team New Zealand and the Royal New Zealand Yacht Club.

Whether the same can be said for Ernesto Bertelli’s Swiss syndicate Alinghi, who won the 31st and 32nd America’s Cups and are strongly rumoured to be planning to challenge again this time around, is not clear at this point.

Bertelli is known to have been tracking the America’s Cup closely since losing to BMW Oracle Racing in Valencia and the team is highly active on the GC32 and TF35 foiling catamaran circuits. Word has it that Bertelli has agreed to a purchase deal for one of the Luna Rossa AC75s, making a welcome return to the America’s Cup look promising.

Whether other viable teams can be tempted out of the shadows will depend largely on where and when the 37th America’s Cup will take place, along with the devilish detail of the event’s new protocol. Budget, size and nationality rules are likely to be the two hottest topics. 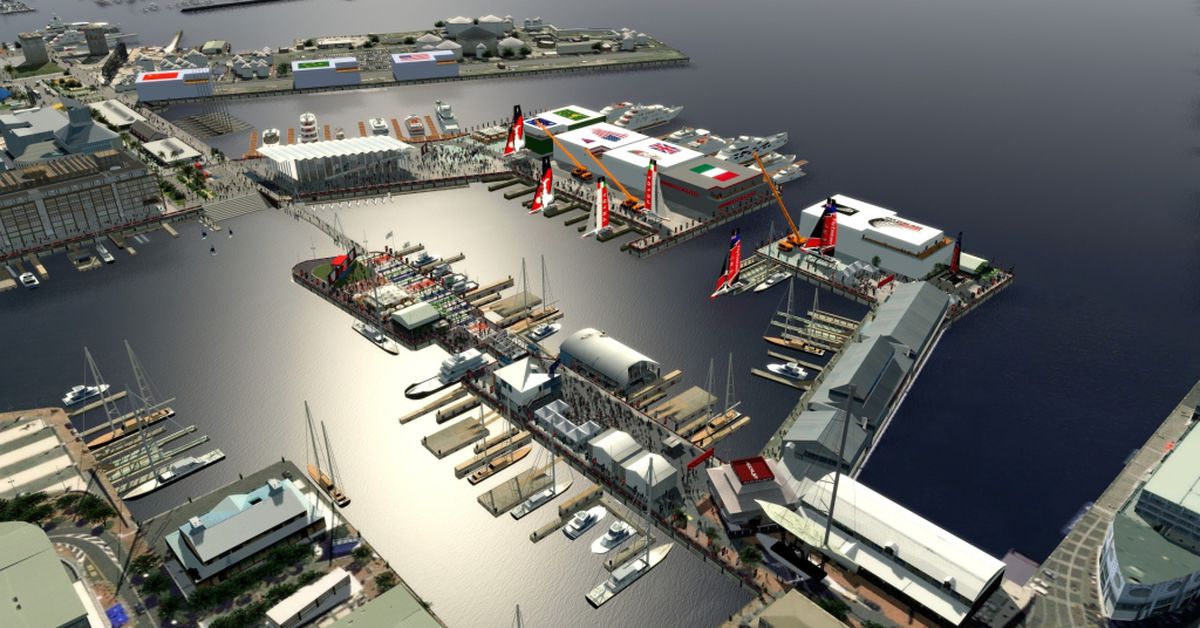 An overwhelming 72 percent of Kiwis favour hosting the 37th America's Cup in Auckland.

Thirty-five venue proposals were reportedly received by Origin Sports, the British company retained by ETNZ to manage the bid process for the 37th America’s Cup.

That batch was whittled down to a shortlist of three very different locations – Cork in Ireland, Jeddah in Saudi Arabia, and Valencia in Spain – to be given closer scrutiny. Let’s remember though that a last-minute reprieve for Auckland is still very much a possibility.

All three of the shortlisted cities have distinct strengths and weaknesses. Cork and Valencia score highly on their ability to attract international spectators. Both offer easy access from across Europe and the United States and – assuming the world has got to grips with COVID-19 by 2024 – America’s Cup fans from around the world would be assured of the warmest of welcomes.

Valencia’s mostly blue-sky Mediterranean climate must surely be a plus for the organisers of a television-centric international event like the America’s Cup, while Cork’s unpredictable weather patterns may have reduced its selection chances a tad.

Likewise, how the Irish bid deals with the need to find space for the team bases, race village and other logistical challenges at this stage is known only to the people involved in the decision-making process. Valencia meanwhile reportedly has earmarked suitable vacant lots and has made the rejuvenation of the previous America’s Cup site a key tenet of its bid.

The sticking point for both bids is likely to be the question marks over Cork and Valencia’s ability to come up with the necessary cash Emirates Team New Zealand are looking for – not only to stage the event but also to fund the team’s attempt to lift the America’s Cup for a third consecutive time.

Cork’s bid is linked to Global Ireland 2025, a national initiative aimed at positioning Ireland as “an island at the centre of the world”. But the Irish government is being cautious and has commissioned a cost/benefit analysis to determine the viability of the country taking on the America’s Cup.

Valencia famously hosted the 32nd and 33rd editions of the America’s Cup in 2007 and 2010 respectively, the first of which at least was viewed as a major success with a gigantic (by today’s standards) fleet of 11 Challenger teams. Mainstream media interest back then was enormous and the teams each received substantial payouts from the sale of the event’s television rights.

But that was then, and this is now. Valencia’s mayor has also been ultra-cautious – with good reason given that his city is still paying off millions of Euros from the previous America’s Cups, and from a recently hosted Formula 1 event. 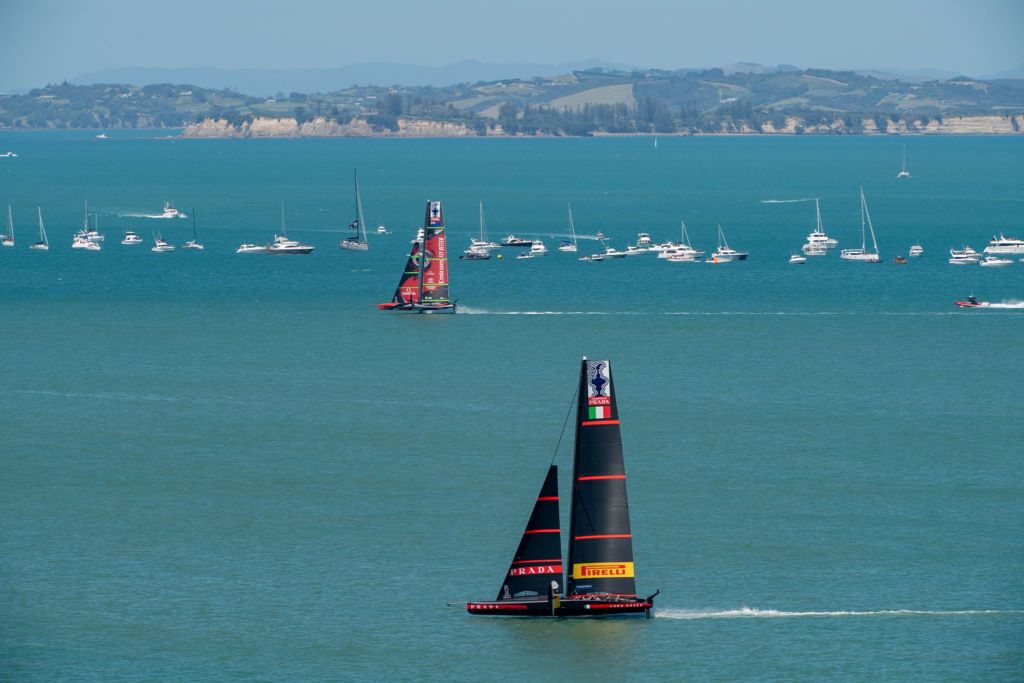 Will the waters off Jeddah host the next America's Cup? 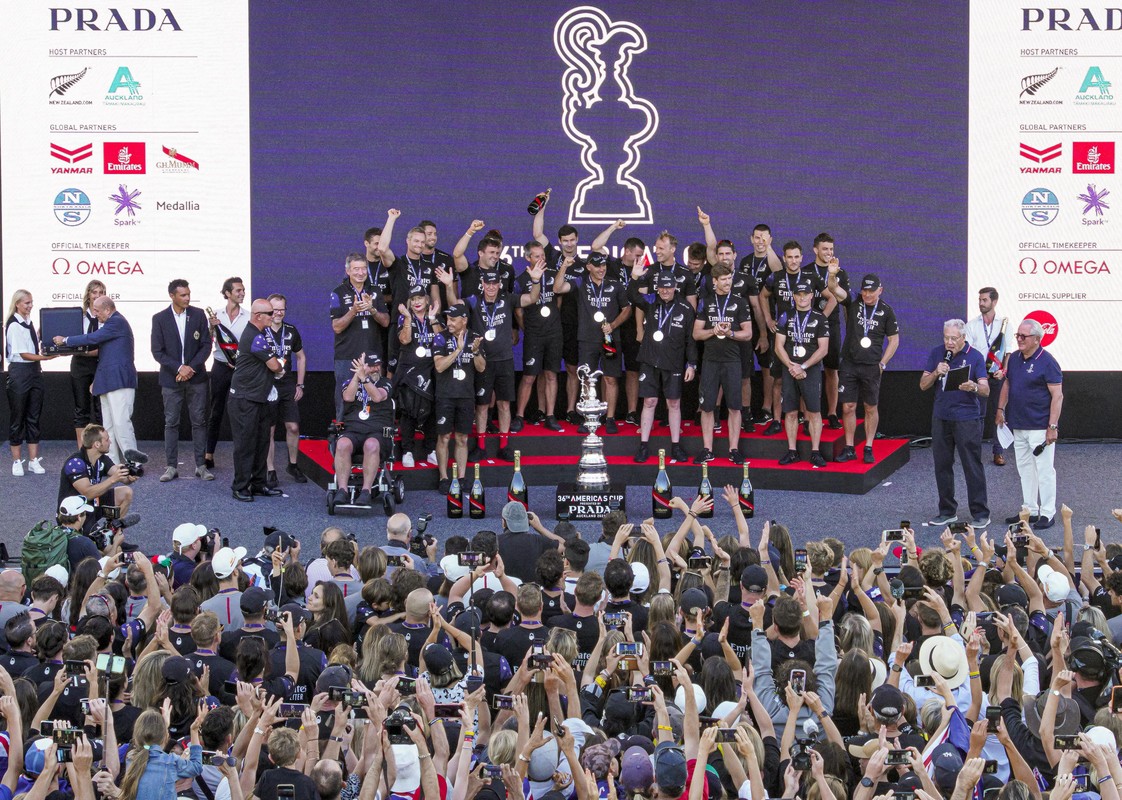 Like Ireland, the Valencia 2024 bid depends on latching on to state funding and the bid team are yet to get any project funding green light from the national government, the regional Generalitat Valenciana, and the Valencia City Council. Achieving this before the Emirates Team New Zealand decision deadline will be crucial.

When it comes to financing, the bid from Saudi Arabia is of course far and away the front runner to host the 37th America’s Cup.

The Saudi government is reported to have spent $1.5 billion recently to attract a diverse group of major international sporting events to the kingdom, including $650 million on a ten-year deal with Formula 1; $20 million on the Saudi Cup, reputedly the world’s richest horse race with a prize pot of $20 million; and $100 million in 2019 on the Clash on the Dunes heavyweight boxing match between American/Mexican Andy Ruiz Jr and Britain’s Anthony Joshua.

A report released by Grant Liberty, the human rights organisation, describes all this activity as sports washing – also known in the international diplomatic community as sports diplomacy.

Grant Liberty say this is an attempt to shine up Saudi Arabia’s international political reputation, tarnished by a pitifully poor track record on women’s rights, as well as its involvement in the devastating humanitarian crisis caused by the war in Yemen, and the 2018 murder of Saudi journalist Jamal Khashoggi.

Saudi Arabia has no track record of hosting grand prix yachting events, although approaches have reportedly been made to the International Maxi Association to get the J Class there for a regatta.

Staging an America’s Cup in the Kingdom of Saudi Arabia – a country with no track record of hosting grand prix sailing events – could prove challenging.

Weather-wise it won’t be easy. Temperatures peak at 38C/100F in the summer months, meaning a winter edition is the most likely option.

There will be challenges too culturally: female visitors are prohibited from exposing their shoulders and knees, men are not allowed to wear shorts, and there is a strict ban on the consumption of alcohol. None of which seems likely to encourage foreign America’s Cup fans to make the trip.

So where will the 37th America’s Cup be held? Ireland, Spain, Saudi Arabia? Or maybe even back to New Zealand? With the chance to win three consecutive America’s Cups up for grabs, Emirates Team New Zealand will surely not want to hand away a home-team advantage with a move to a northern hemisphere venue.

When it comes to making predictions about the America’s Cup, the accepted practice is to follow the money.

If funding from New Zealand turns out not to be forthcoming, the lure of Saudi Arabia’s plentiful supply of dollars will simply be impossible to ignore – and the 37th America’s Cup will be held in Jeddah, sometime in the northern hemisphere winter of 2024.

It might not be a popular decision with many sailing fans, but a well-funded successful America’s Cup must surely be preferable to a lacklustre edition run on a shoestring budget.

A Saudi Arabian America’s Cup with (dare we dream) as many as six teams, would probably be viewed firsthand by a moderate but respectably sized local audience (although nothing like the gigantic armadas of spectator boats we saw in Auckland) and watched remotely from around the world by a record-breaking gigantic online and television audience.

If that turns out to be the case – and we all want the best for the America’s Cup, right? – then it’s hard to see future editions being staged anywhere else.