The Australian International Marine Export Group (AIMEX) announces board of directors for 2021.

AIMEX, the peak body representing the Australian marine export, commercial and superyacht industries, has announced the 2020/2021 Board of Directors, including nine incumbents and three newly ratified members.

It is with great appreciation and gratitude that AIMEX announces the retirement of long standing AIMEX director Barry Jenkins from the Board. Jenkins has played an integral role in developing the marine industry having been on the AIMEX Board for almost two decades where he has ushered in strategic plans, established new and influential relationships and helped improve and enhance the industry, particularly in his area of expertise in China and Korea, among many other accomplishments.

Jenkins leaves the AIMEX Board in a very strong position for continued growth, and AIMEX CEO, staff and current directors sincerely thank him for his extensive contribution and leadership to the Australian marine industry. 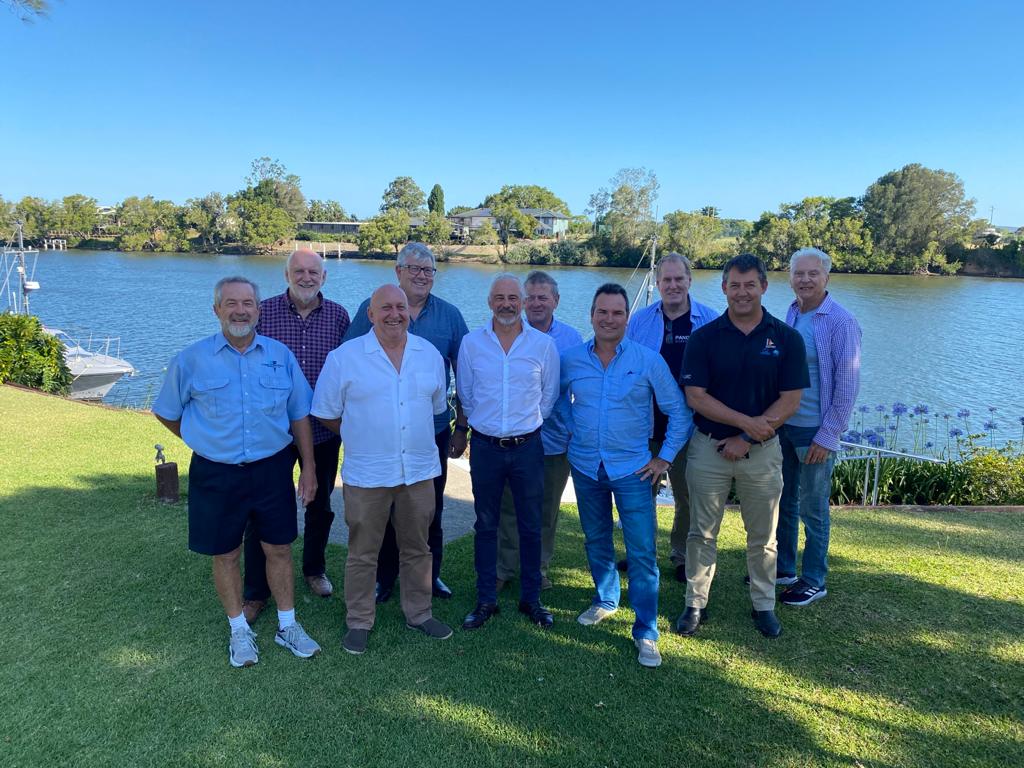 AIMEX Board of Directors 2021.

Jenkins’ wisdom and knowledge will continue to be shared through his position as Chairman of the national Superyacht Australia committee.

Three new members are joining the AIMEX Board of Directors. They are Brad Marsden, Founder and Director of Marine Air Flow International; Eli Green, Director of Greencorp Marine; and Ron Schroeder, Director of Rainman Desalination.

David Good, Chief Executive Officer of AIMEX said, “I would like to thank and acknowledge outgoing director, Barry for his valuable contributions on the AIMEX Board and welcome our new directors Brad, Eli and Ron.

“All of our new directors have extensive experience in the marine exporting industry and will provide fresh perspectives to continue driving and influencing the best possible outcomes for the future of the Australian marine industry. I would also like to thank all AIMEX directors who retained their positions for their ongoing commitment to the group,” Good concluded.