The Vivid Sydney 2022 program unveils the biggest, brightest and most brilliant line-up ever.

Vivid Sydney 2022 will transform the harbour city into an illuminating fusion of creativity, innovation and technology from Friday 27 May to Saturday 18 June, with more than 200 events celebrating the essence of Sydney’s soul including its diversity, beauty, resilience, First Nations culture and vibrant creative community.

In 2022, 11 Sydney CBD locations will ignite, two of which are new. Circular Quay, Sydney CBD, The Rocks, Barangaroo, Darling Harbour, Darling Square, Darling Quarter, The Goods Line, Central Station, Luna Park and Taronga Zoo will all come to life with a mesmerising kaleidoscope of light artworks to wow visitors and locals alike.

Plus, in a festival first, the renowned Light Walk will stretch continuously for eight kilometres, linking the Sydney Opera House to Central Station, with more than 200 LED sculptural birds guiding the way as part of the Future Natives installation. 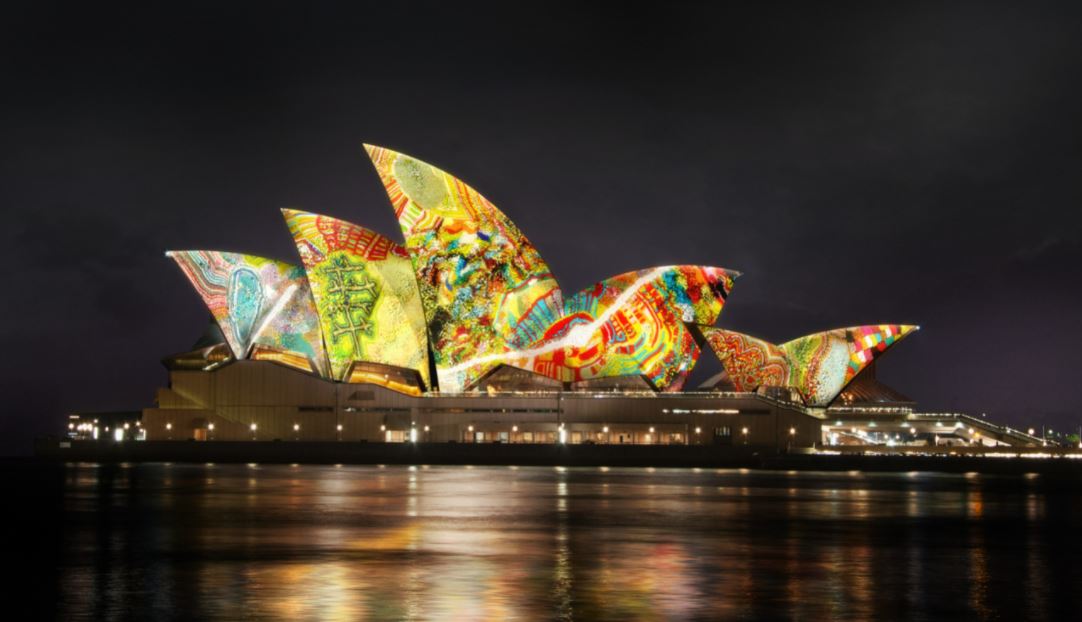 The Sydney Opera House is the jewel in the crown during Vivid. 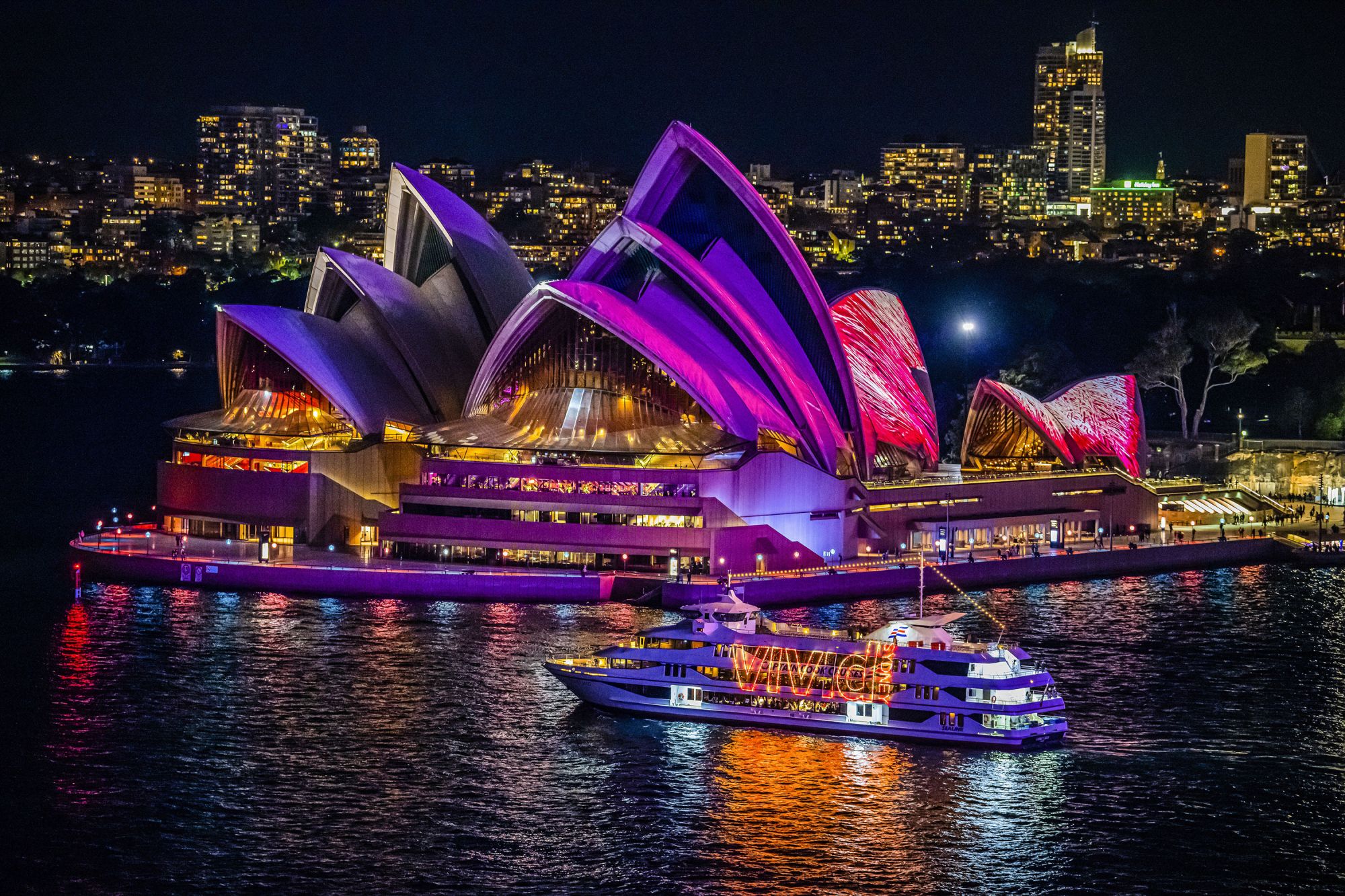 Visitors to Vivid can take in the spectacle from the shore on cruising the Harbour.

Visitors will connect with powerful stories of Sydney’s soul after dark, as more than 50 light installations and projection artworks designed to explore and define the city’s character come to life.

First Light, a moving Welcome to Country ceremony and performance, is another first for Vivid Sydney 2022, celebrating the Gadigal people and Country.

Opening the festival on Friday 27 May, audiences will be captivated with a smoking ceremony, stunning performances by NAISDA students, a pyrotechnic display and Sharing the Same Life Essence Sydney Harbour Bridge pylon projections. Rhoda Roberts AO is the Creative Advisor for First Light.

Vivid Ideas brings together the world’s brightest minds and global storytellers, exploring the forces that shape not only Sydney’s unique society, but all great cities around the world.

With more than 85 intriguing talks and workshops on offer, Vivid Ideas explores the forces shaping our society, and starting conversations that continue long after the festival has ended.

Headlining the Ideas program are global storytellers including Oscar and Emmy award-winning theatre and film director, screenwriter and playwright Aaron Sorkin, renowned for film and television shows such as The west wing, The social network, A few good men and The trial of the Chicago 7. Aaron will discuss politics and drama with renowned Australian broadcast journalist Leigh Sales at Sydney’s State Theatre.

Other great storytellers in Ideas program include James Valentine and H.G Nelson with their hilarious show the Even Greater Sydney Committee at Parliament House.

This year’s Vivid Ideas Exchange will see over 60 events hosted at The Great Hall at The University of Technology Sydney – with talks, seminars, film screenings and special events designed to spark debate amongst the creative community. Sessions will be presented by Audible with Marc Fennell and Melissa Doyle, who will be joined by Adam Liaw and Squarespace.

In a Vivid Music exclusive, legendary Australian music icon Marcia Hines will enliven audiences with The Gospel according to Marcia, in a world-premiere show. It will be for two nights only at St Stephen’s Uniting Church. Hines will be joined by a 12-piece band and choir set against an atmospheric bespoke lighting backdrop, celebrating the sounds of her gospel roots.

Curated by the Sydney Opera House’s Head of Contemporary Music Ben Marshall, Vivid LIVE will transform the world-famous building inside and out, celebrating artists at the forefront of their genres, with more than 70 Australian and international artists presented across seven Opera House venues.

Beloved Australian rock royalty, Paul Kelly will be joined by Gamilaraay singer-songwriter and ARIA Award winner Thelma Plum and band members Vika and Linda Bull, Bill McDonald, Peter Luscombe, Ash Naylor, Cameron Bruce and Dan Kelly for Time And Tide: Four Decades of Song live under the stars on the Northern Boardwalk. Kelly has curated a catalogue of his award-winning songs for this special one-off event across four nights.