The Sanlorenzo SX112 is the flagship of their new SX crossover line launched in 2017.

The design is a blend between the classic motoryacht with flybridge and a explorer yacht, the SX range has been described by the yard as “an intelligent proposal in which style, flexibility and functionality blend in a shared language.”

SX112 represents the next entry into a range that began with SX88 and led to the SX76. The SX112 crossover yacht is one of three Sanlorenzo yachts which will be launched soon, with the 44Alloy and the 62Steel superyachts also approaching completion.

The focal point of the project is the new stern zone, which undoubtedly represents the most interesting area of the yacht, based on an idea of the architect Luca Santella, creator of the concept of the innovative SX crossover line.

This new model offers a spacious beach area of about 90-square-metres, expandable thanks to folding terraces, composed of an internal zone with fitness area directly connected to the outside by means of large sliding glass doors that permit the owners to utilise the spaces in an unprecedented way, maximising the indoor-outdoor relationship. 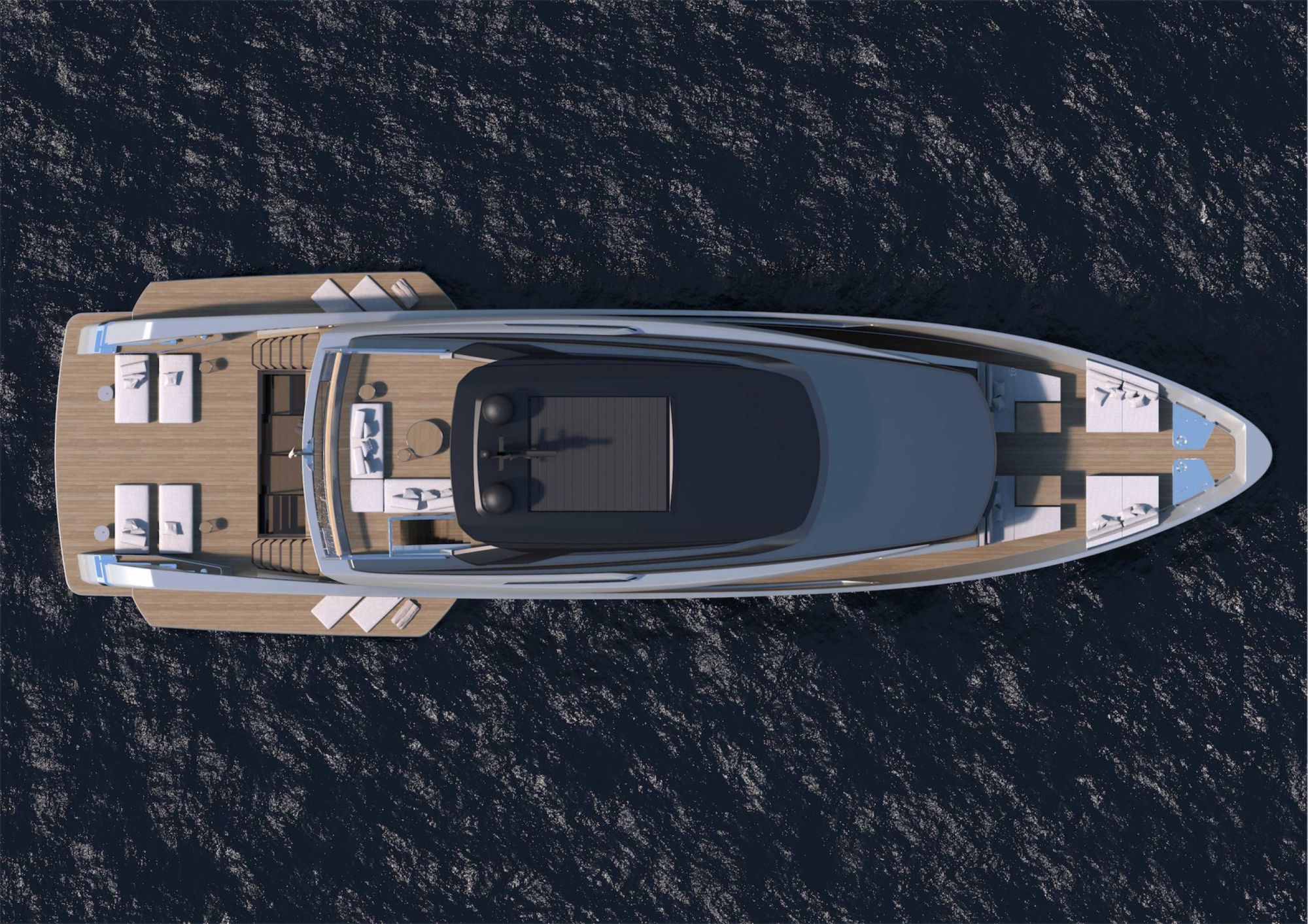 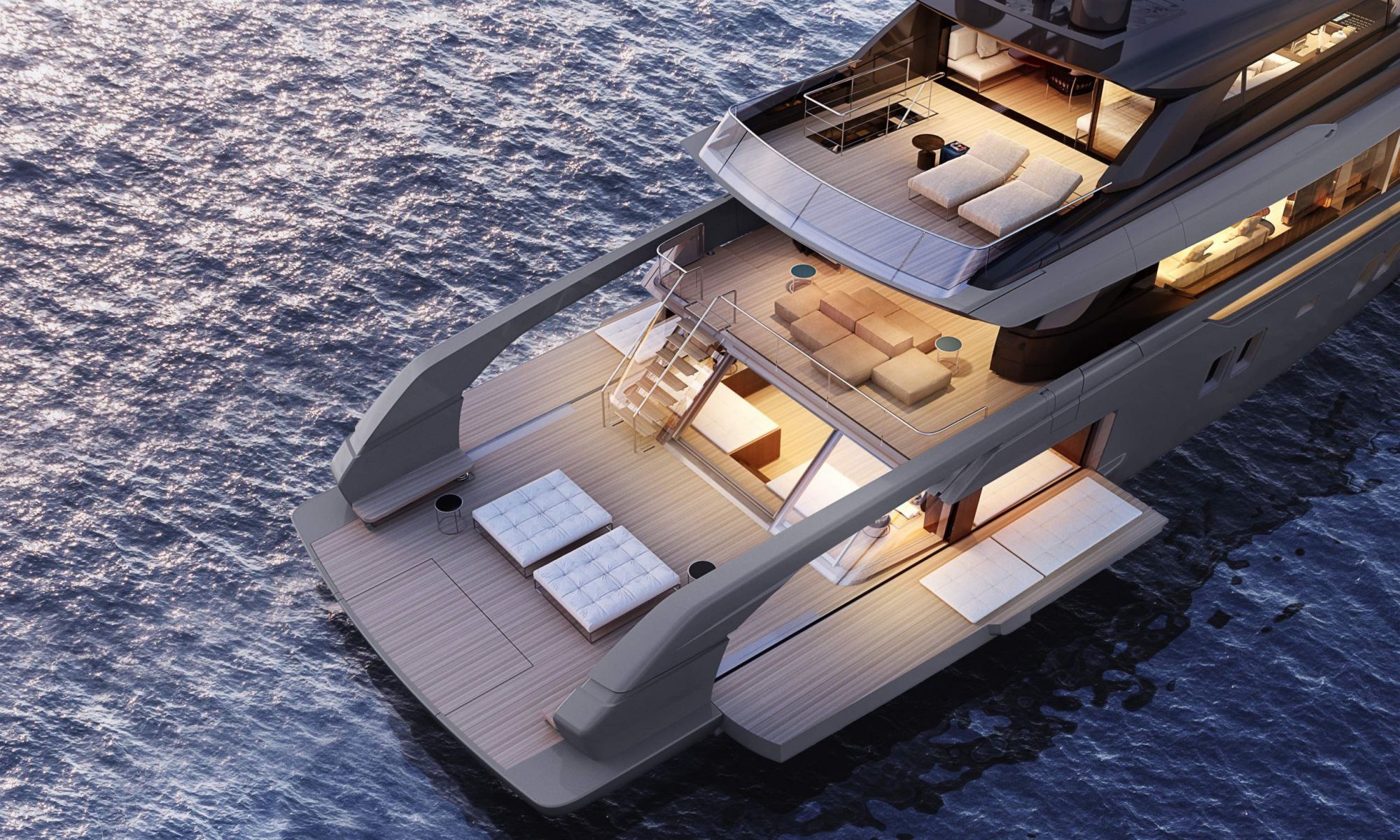 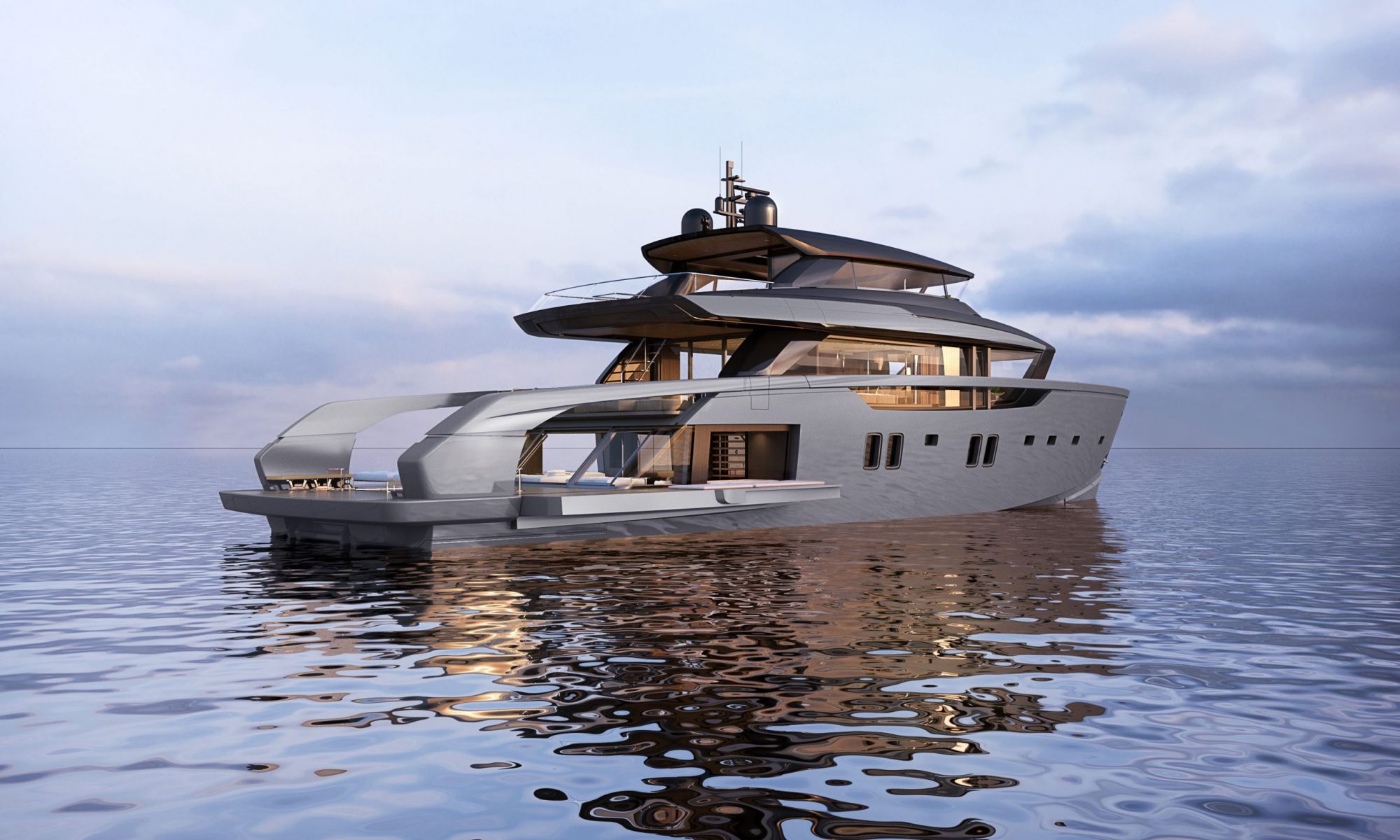 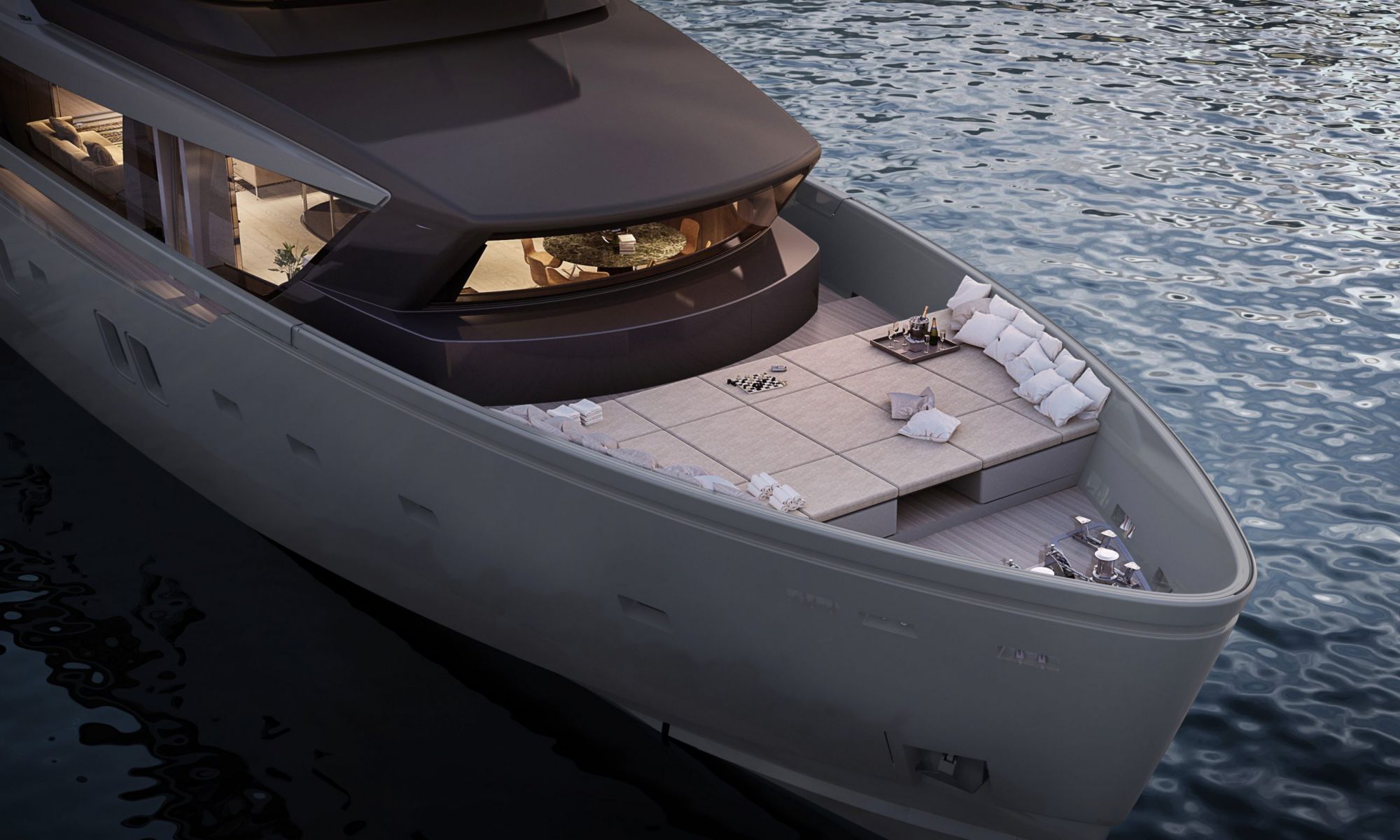 The design of the new crossover model has been assigned to Bernardo Zuccon, of Studio Zuccon International Project, for the external lines, and to Piero Lissoni, art director of the company since 2018, for the interiors of the first unit.

While on the one hand the studio Zuccon International Project has been able to consolidate an image, focusing on the idea of a “family feeling” for the range, on the other it has enhanced a number of linguistic choices, thanks to the larger dimension of the new yacht.

“On SX112 there is more ‘oxygen’ available with which to develop the stylistic message, in a logic of signs where harmony and balance of the volumes are the result of languages related to the principles of organic architecture,” says Bernardo Zuccon.

“The forms are fluid, almost a reminder of the large marine mammals found in nature. This is a product for those who truly love the sea, which combines an innovative crossover type of living space with traditional layout balances, including the ‘must have’ features the market demands today, even on vessels of more compact size.”

In tune with the concept developed for the other models, the main deck has been organised with an open plan that reinterprets the concept of internal space on a yacht, extending as a single, continuous context from stern to bow, with a living area adjacent to a bar zone and followed by one of the dining areas, in a seamless indoor-outdoor arrangement, also thanks to the large windows facing the sea.

The wheelhouse is placed on the flybridge, freeing up the the living area at the bow on the upper deck, making it possible to formulate a single, large space.

“The SX112 is another experimental model, like every new one we work on with Sanlorenzo. In this case we have relied on an ever more architectural approach: it is a floating building,” said Piero Lissoni.

We have connected the spaces exactly as in a building, through very technological openings that create an indoor-outdoor relationship. So we have truly designed a floating villa.” 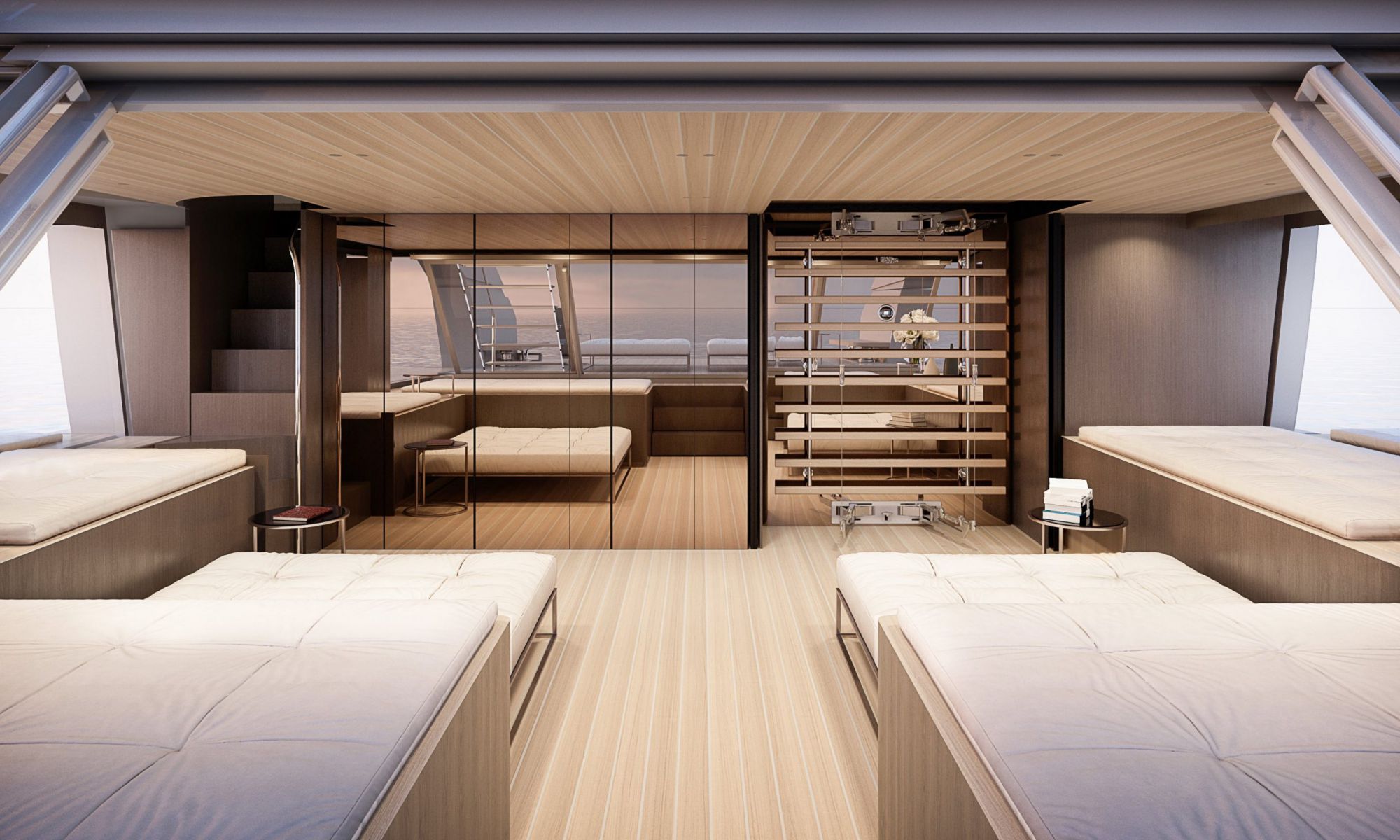 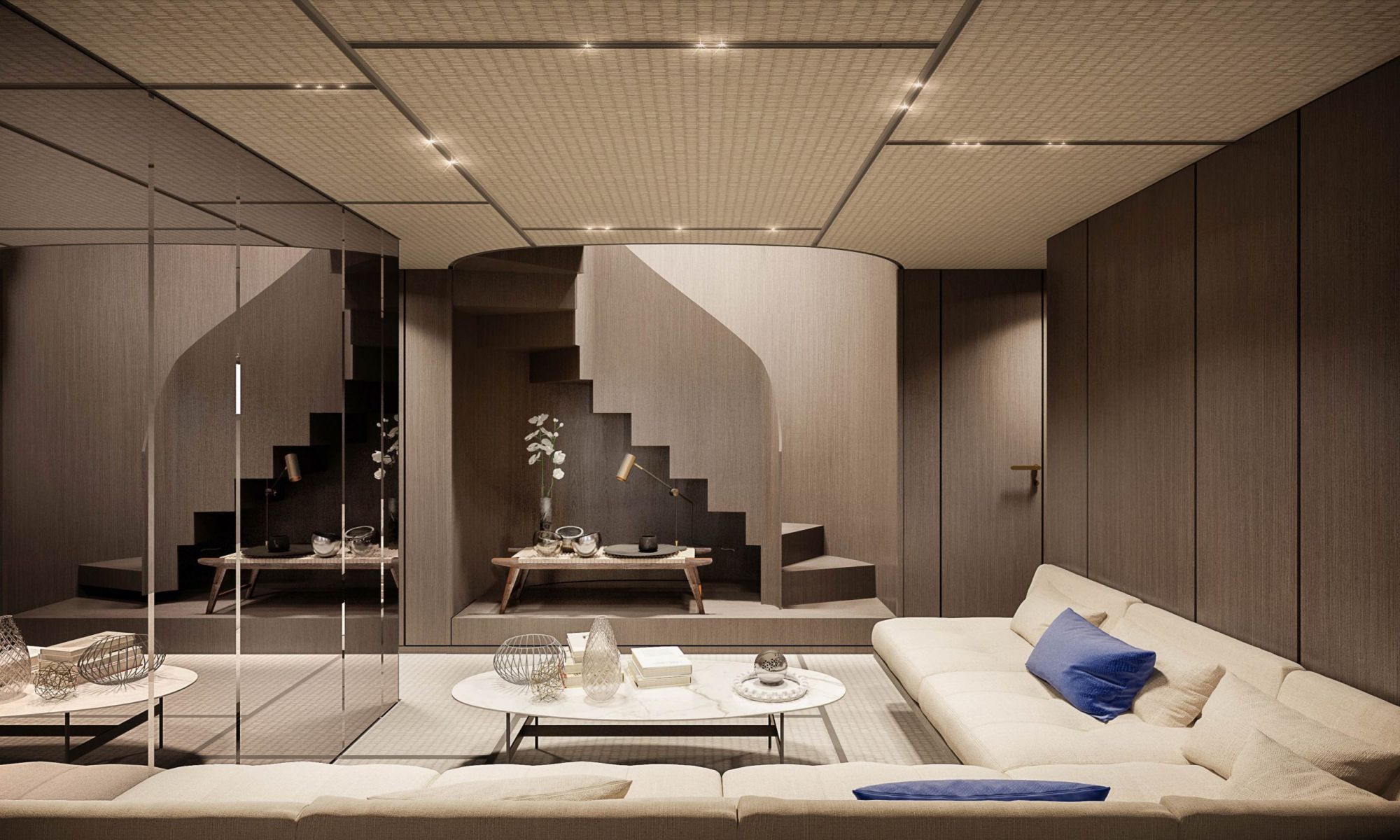 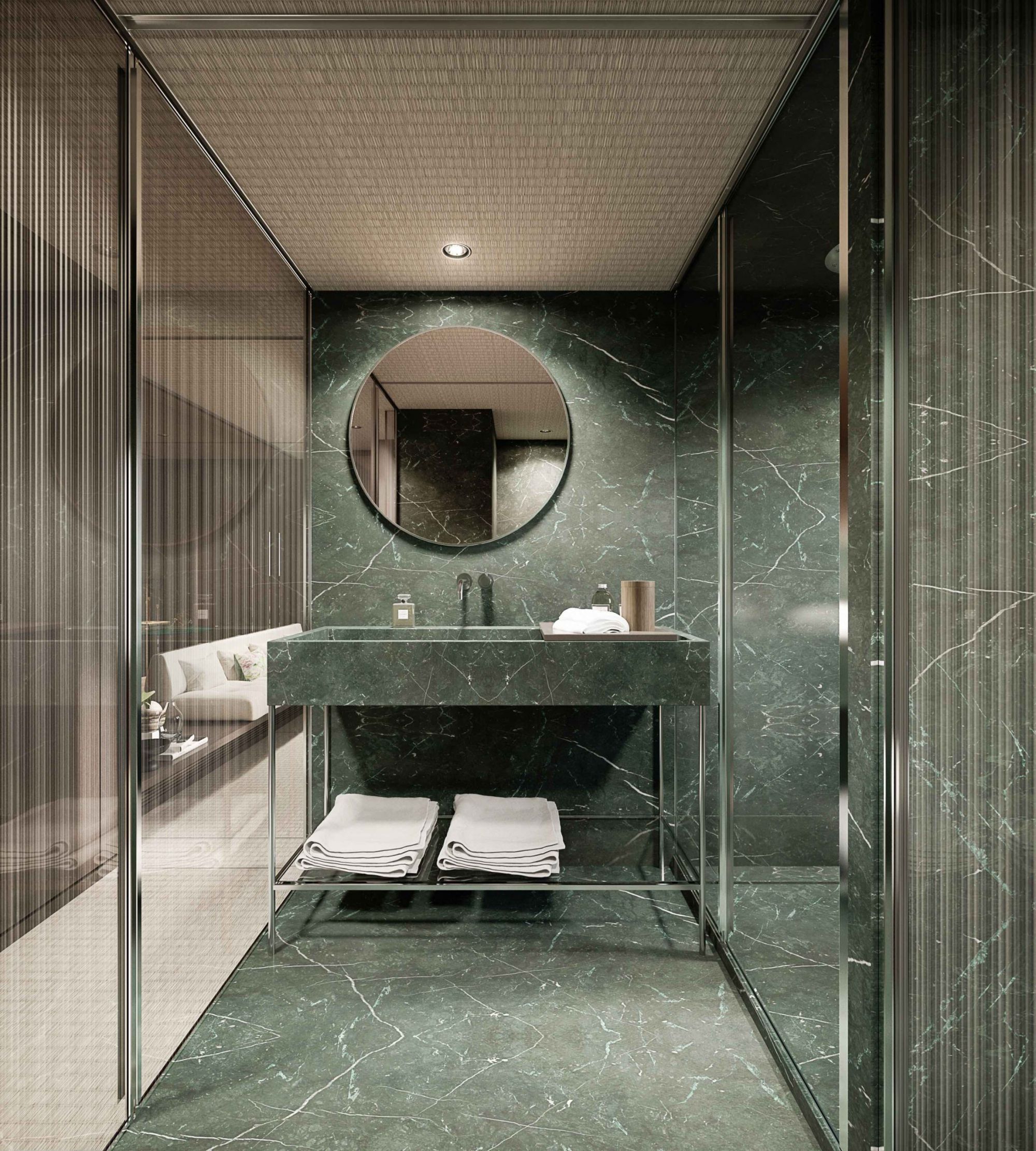 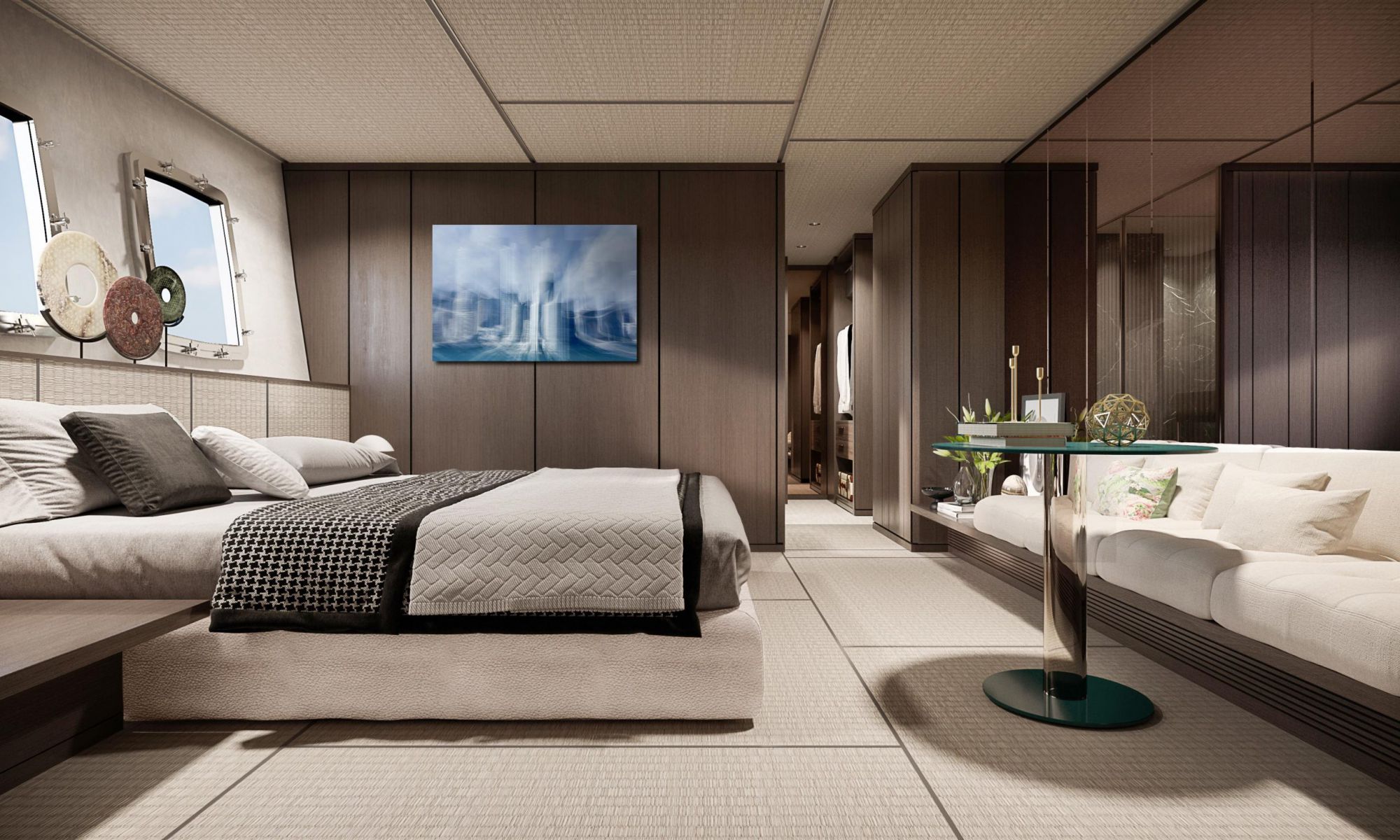 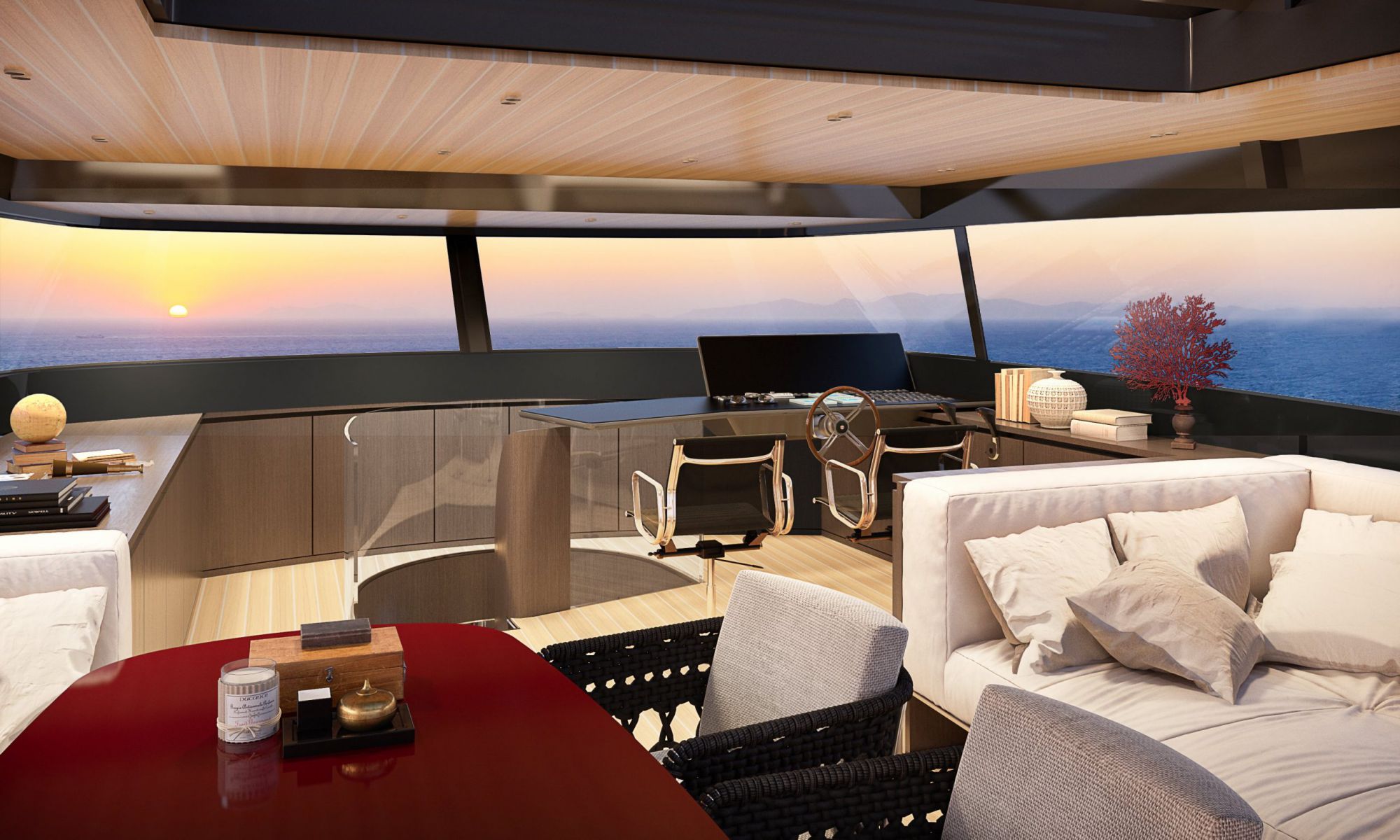 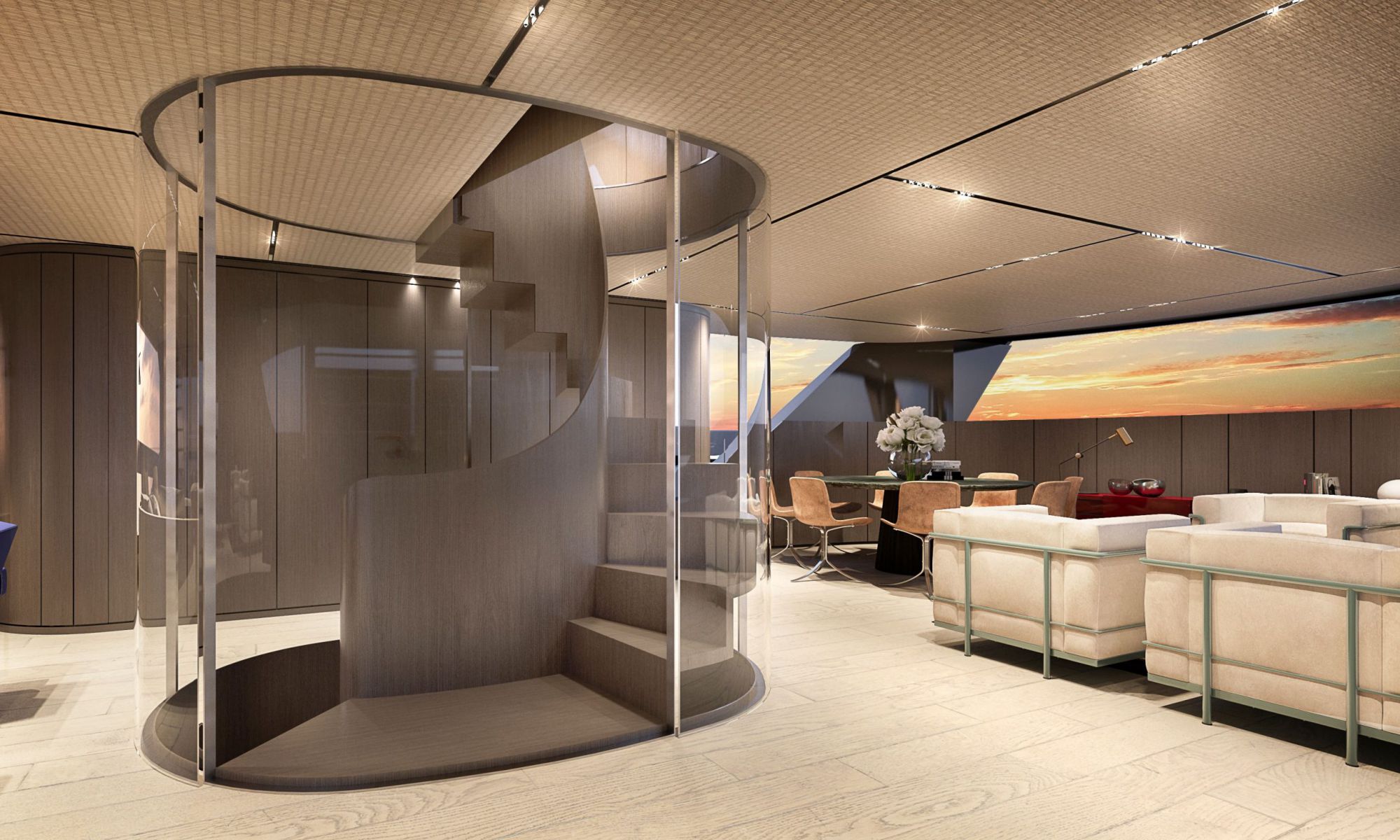 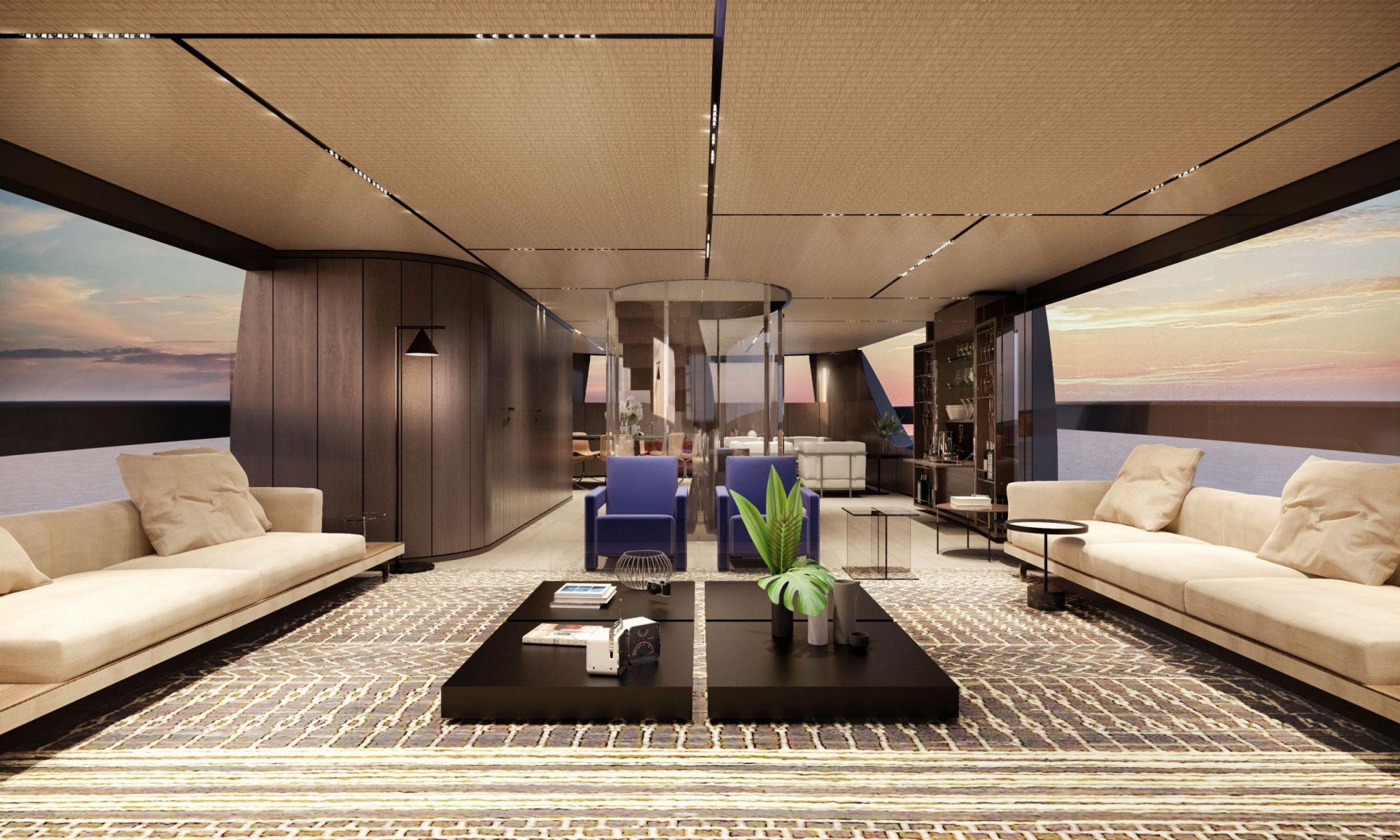 The bow area of the main deck, on the other hand, is fully equipped to offer liveability, convivial enjoyment and relaxation, with a vast sundeck that can be converted in a very reserved, potentially shaded dining area.

On the lower deck SX112 offers accommodation in three large cabins, one for the owner and two VIP cabins, and a lounge area characterised by wooden boiserie and mirror walls, which can be transformed as an extra cabin with one kingsize or two twin beds. The lower deck also features a kitchen directly connected to the crew zone.

The staircases are once again a fundamental and characteristic feature of Lissoni’s design. The helical internal staircase extends across three levels to connect the decks. The external staircases, on the other hand, have a clean, essential design, and are built in keeping with the principles of racing yachts.

Details and materials are the leitmotif shared by all the interiors, selected with care to combine Japanese purity and Italian elegance. From the tatami mats used in the cabins to cover the floors, headboards and ceilings, to the wooden walls of the main deck and the nighttime area, matched with bronze-finish mirrors to amplify the sense of space. The bathrooms offer the precious grain of fine marble, while teak has been used for the outdoor zones.

With the new SX112 crossover yacht, Sanlorenzo again makes the concept of liveability the central focus, through solutions that offer total freedom of use in all the spaces.

Lord of the manor

Lord of the manor