Rivergate Marina & Shipyard celebrates a win in three categories at the 2020 Marine Awards.

Judges praised Rivergate for its international reputation, as evidenced in the recent visit of 57.7-metres Amels superyacht Dancing Hare for complex refit works.

Dancing Hare spent two stints at Rivergate – two months from late August to early October 2019, and a period from the end of October until early December, punctuated by an owners’ voyage to The Whitsundays.

The marine service businesses based at Rivergate and hundreds of contractors benefited from Dancing Hare’s visits to Rivergate.

Around 50 different marine trades were used on the first refit with each trade applying at least two people and some trades up to 10 people. At any one time, Rivergate’s Project Management team, led by Angus Paterson, coordinated between 20 and 40 workers onboard. 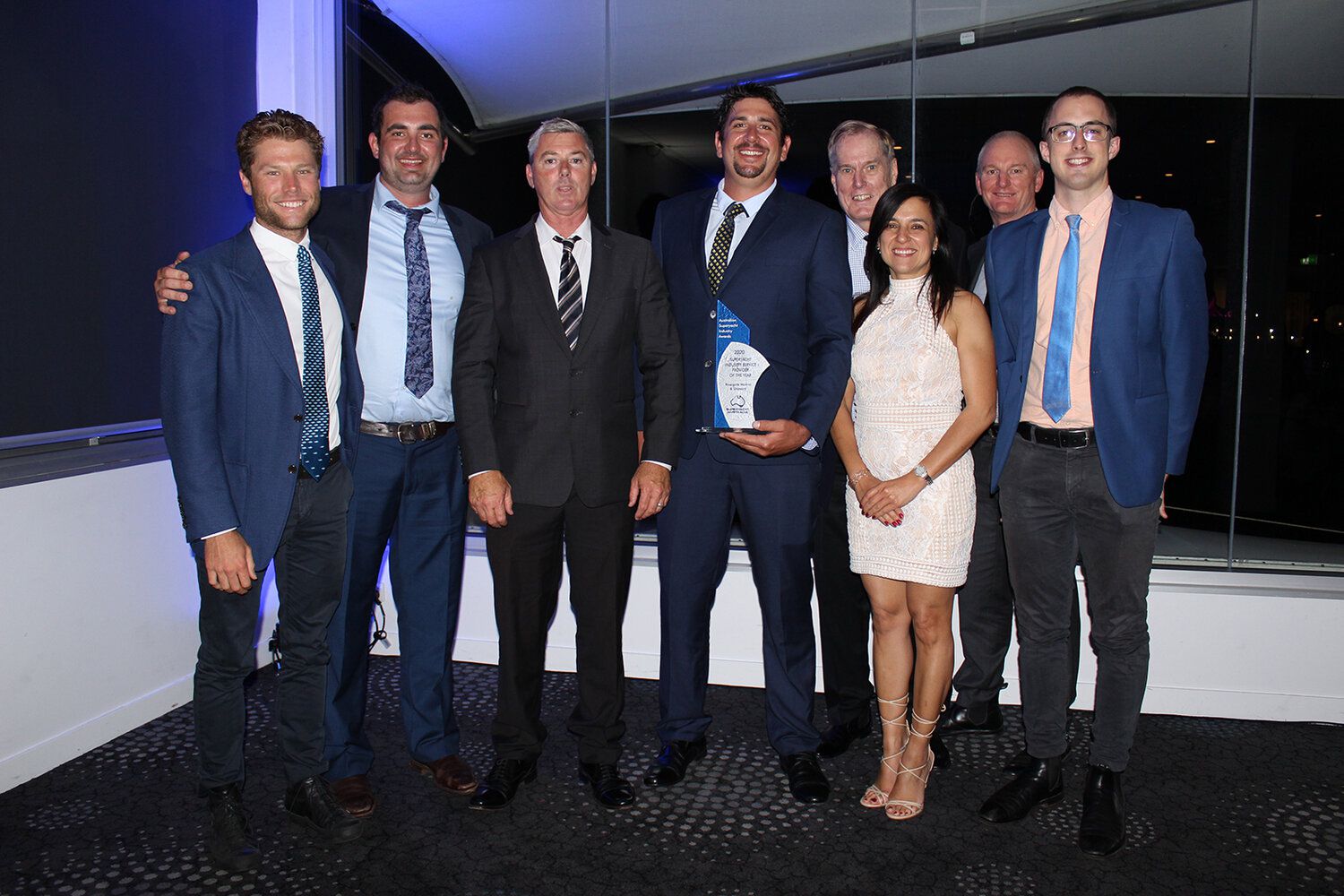 The team at Rivergate. 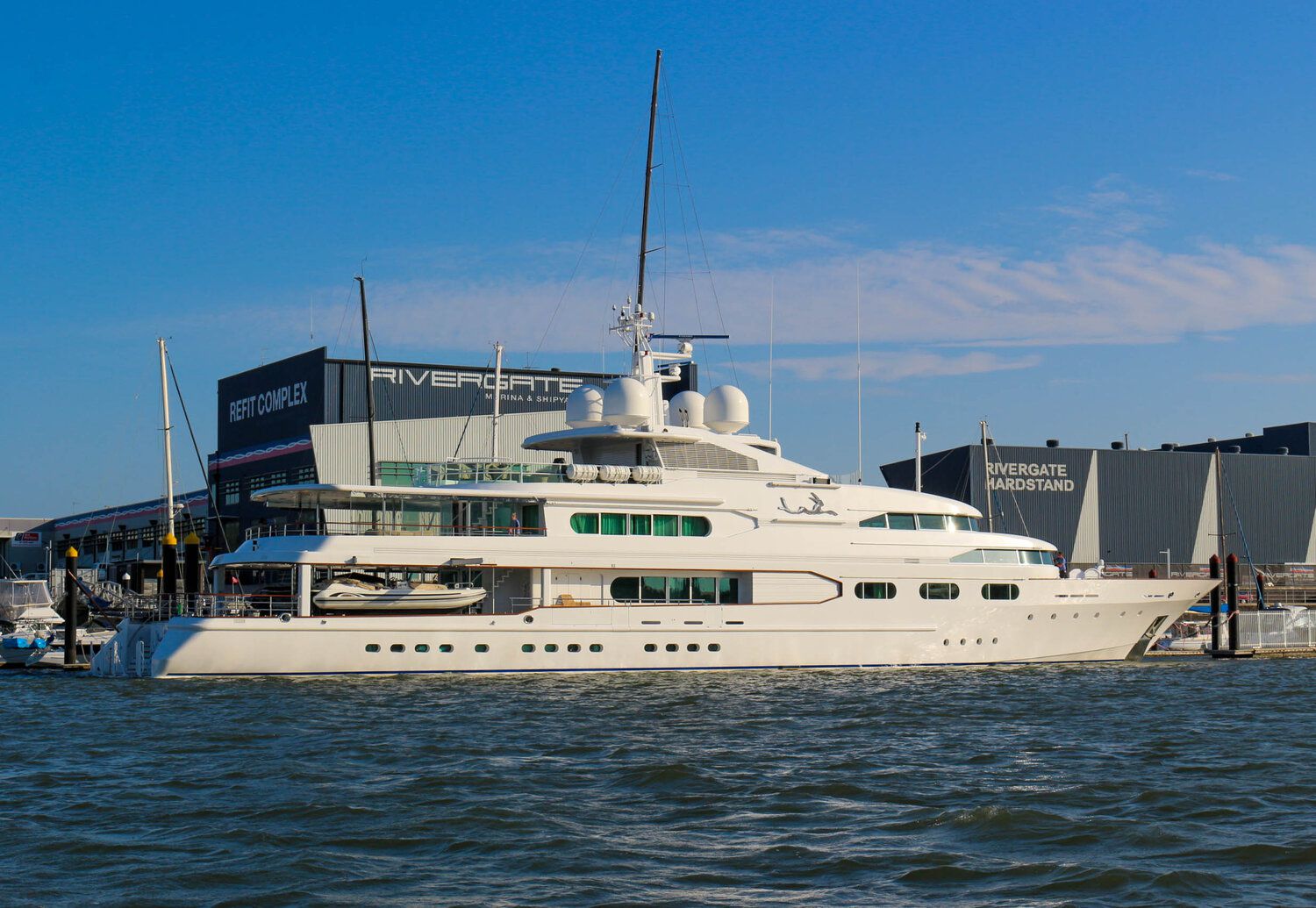 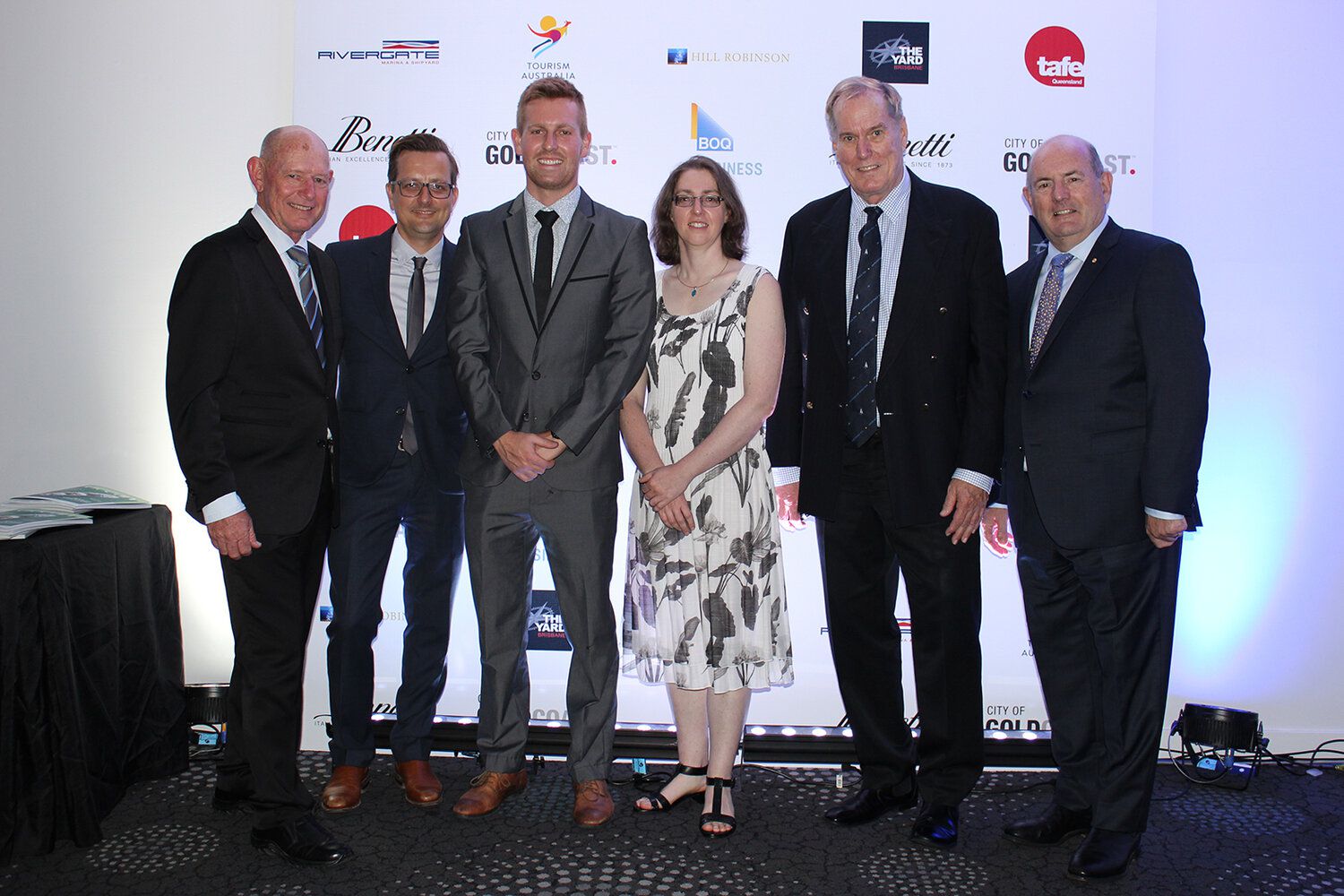 Two contenders in the 2020 Apprentice of the Year Award are employed by Aus Ships Group: Robbie Beale and Jasmine Willoughby.

Andrew Cannon, General Manager thanked the Rivergate team and attributed the win to the consistently high calibre work and dedication of tenants and contractors based at Rivergate.

“Our sole focus at Rivergate is the satisfaction of owners and Captains. For 12 years we have been serving the superyacht industry with that goal in mind, as well as promoting Australia as the ideal destination for international superyachts.”

In the Commercial Marine Awards, the first award of the evening for Commercial Marine Project/Design or Manufacturer of the Year went to Aus Ships Group, based at Rivergate, and was accepted by Founder and Managing Director, Tommy Ericson.

Aus Ships were recognised for their successful design and delivery of the first of eight new-generation CityCats for the City of Brisbane.

In accepting the Award, Tommy paid tribute to the Aus Ships team. “This is testament to the ingenuity and quality of vessels designed and built in Australia. We can manufacture world-class vessels competitively.”

A new category was added this year; Apprentice of the Year. Among an impressive line-up of seven finalists, two contenders are employed by Aus Ships Group: Robbie Beale and Jasmine Willoughby.

The Judges chose Jasmine Willoughby as the inaugural Apprentice of the Year.