Gulf Craft Delivers its latest 43-metre Majesty 140 ahead of its European premiere in Monaco.

Gulf Craft is pleased to announce the successful delivery of its latest superyacht masterpiece, the Majesty 140.

At 43-metres in overall length and an 8.3-metre beam, this superyacht is fully-built using advanced composites such as carbon fibre and GRP.

The tri-deck Majesty 140 is a collaboration between the shipyard’s in-house Design Studio who drew the yacht’s exterior lines and Cristiano Gatto Design Team who were responsible for the interior design.

The Emirate’s-based shipyard introduced this model during the 2018 Dubai International Boat Show and has sold four units since then and a fifth under negotiations.

The model has also won two accolades for both interior design and best layout. This installation of the Majesty 140 was handed over to the shipyard’s French and Monegasque dealer, Aurora Yachts International, who are also acting as the yacht’s central agent. 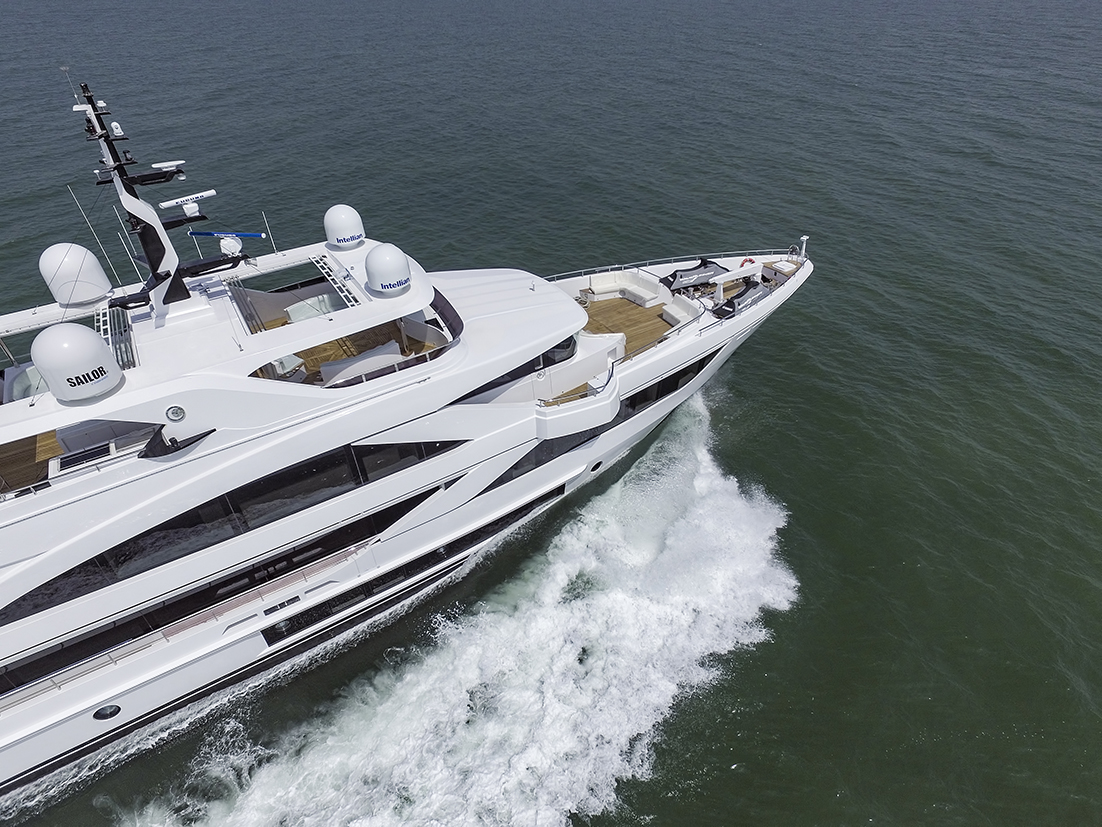 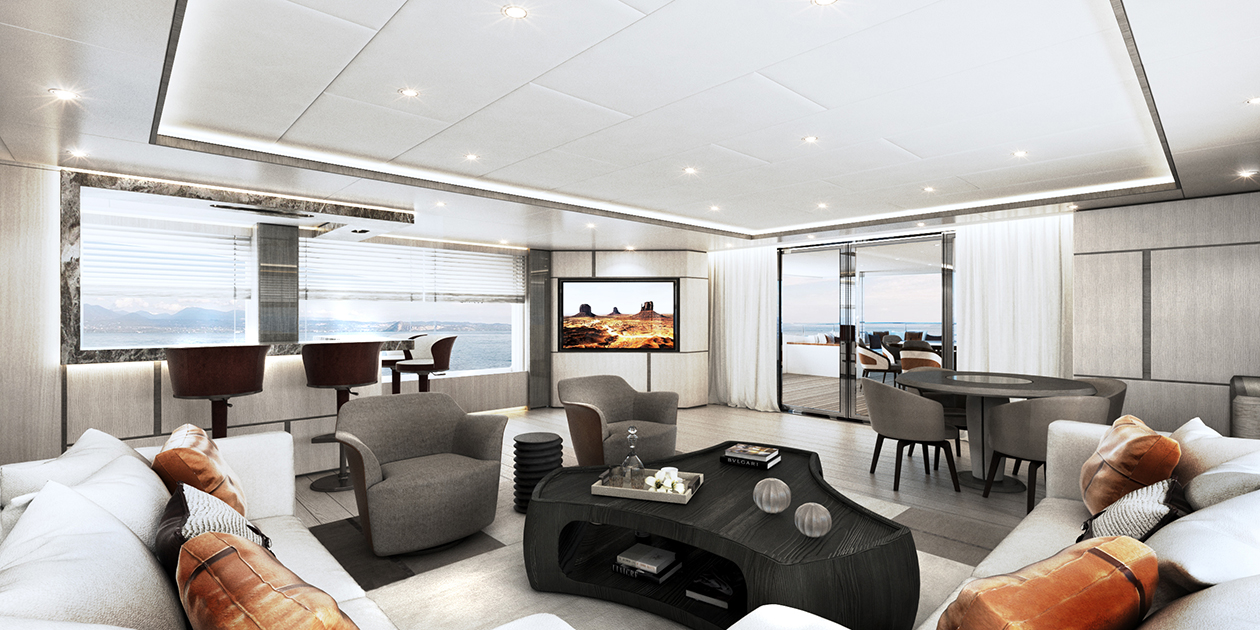 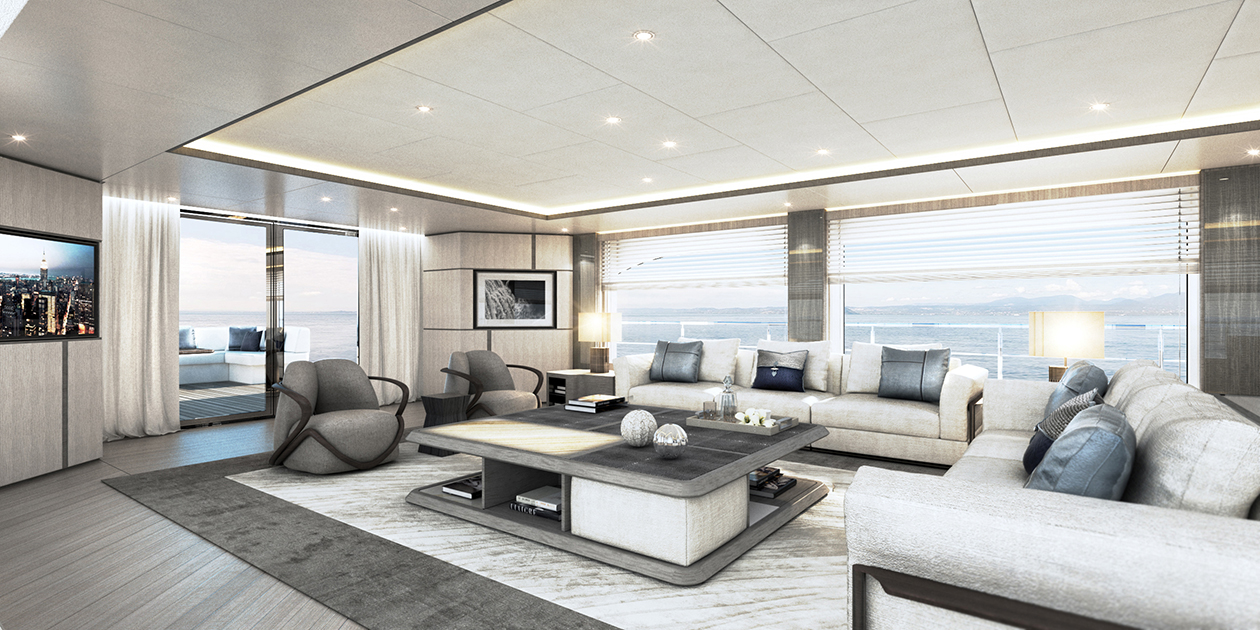 The exterior demanding profile and unequivocal layout introduces a new dimension in timeless design as well as space and volume.

The new superyacht features a spacious beachfront deck with balconies on both sides located aft of the main deck, a jacuzzi in the sundeck and two large opening sunshades on the hardtop.

The full-height glazing in the main and upper decks, large and expansive interior and exterior spaces meant that the guests can enjoy a limitless flow throughout the yacht.

The yacht also houses a large tender and two watercraft in its garage located behind the beach club.

The collaboration with Cristiano Gatto Design Team comes following the successful introduction of the Cristiano Gatto designed Majesty 175, the brand’s first ‘megayacht’ project due for launch end of this year. 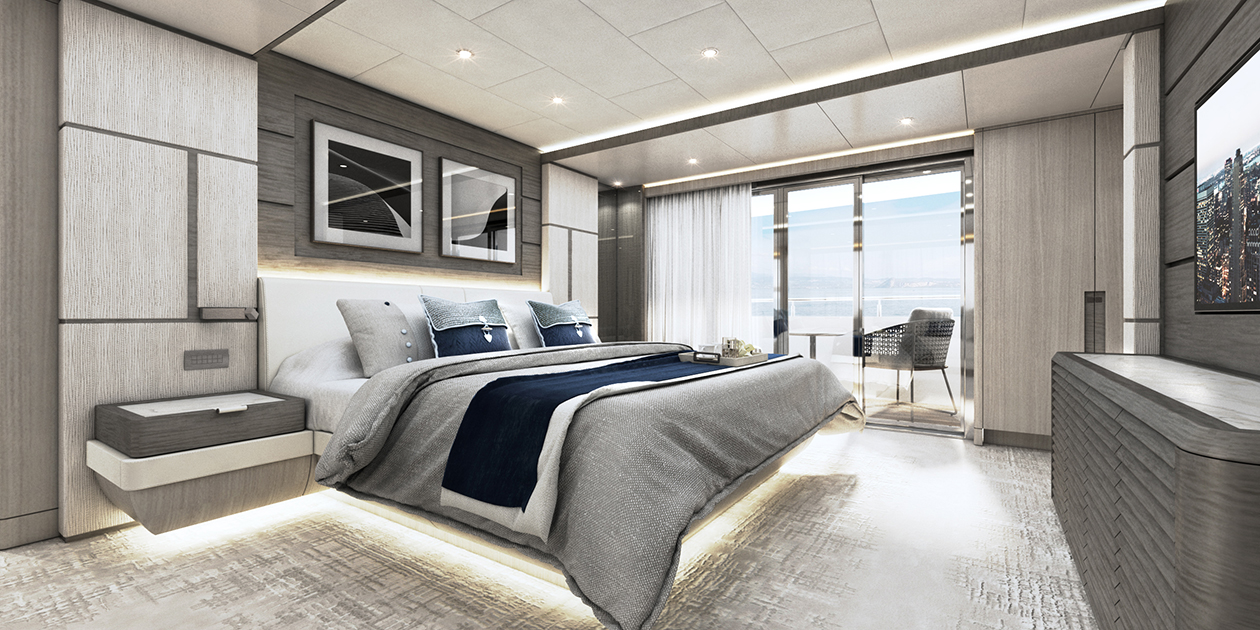 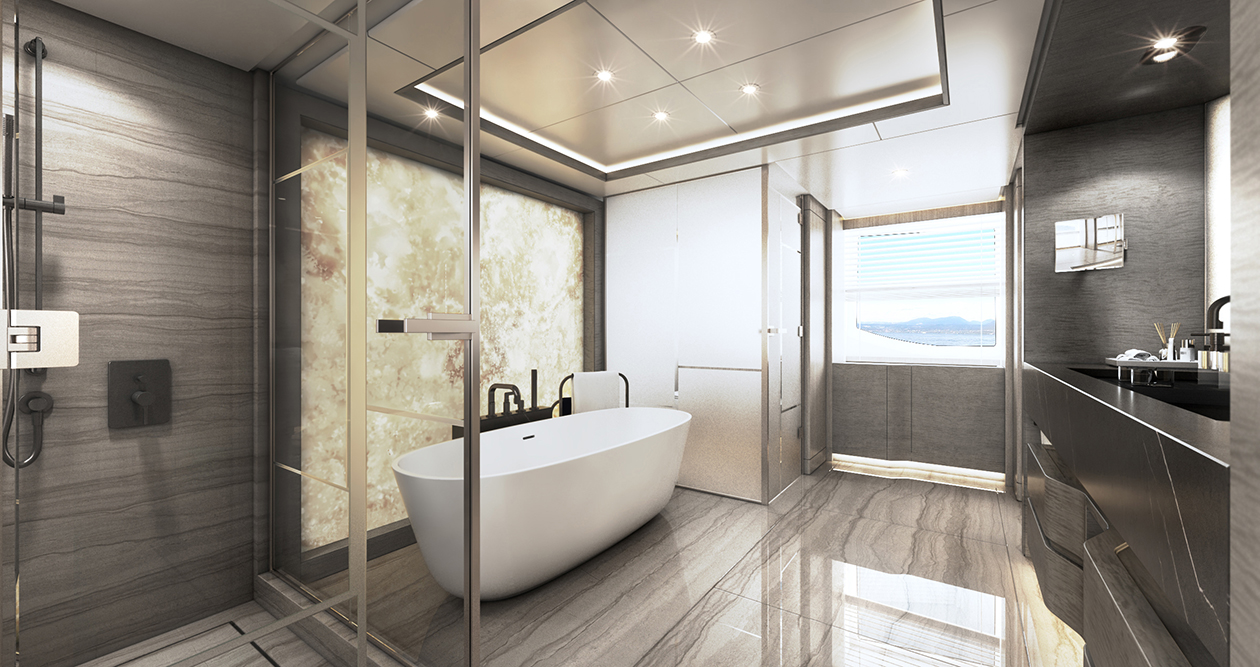 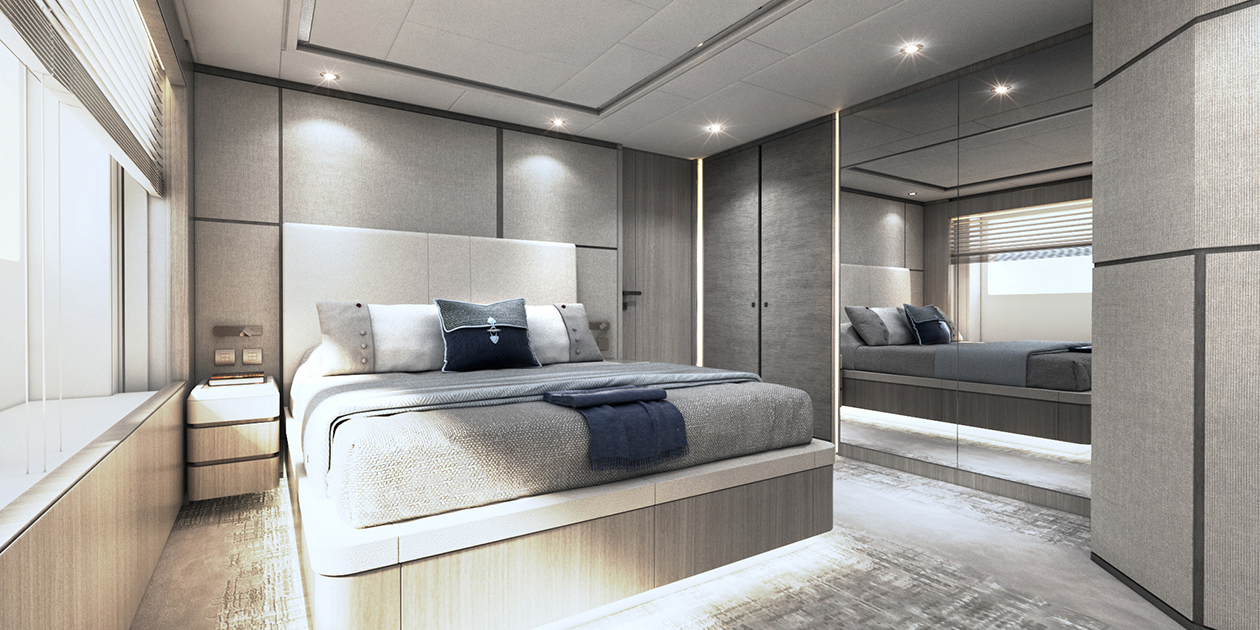 The Majesty 140 features five staterooms with the full-beam master in the forward main deck. The owner’s stateroom also features a private extendable balcony, a bathtub, walk-in wardrobe among many other amenities. The team was tasked to design an interior that is universal in its appeal.

The Cristiano Gatto Design Team was invited to think dynamically, and they welcomed the chance to merge East and West views in this modern and classic interior using the finest materials.

The Majesty 140 is powered by twin MTU 16V 2,600hp engines. The yacht can reach a top speed of 20 knots and cruises comfortably at 16 knots. She can also reach an extended range of 4,000 nautical miles at an economical speed of 10 knots.

The Majesty 140 will make her debut at the upcoming Monaco Yacht Show and will be available for viewing to interested parties.