The Boat Works sets the pace at marine track days.

Tony Longhurst, twice Bathurst winner and head of the champion race team, The Boat Works BMW M4 GT4, hosted marine industry partners in the first of a series of track days for sponsors and VIPs.

The sensational, carbon fibre BMW M4 GT4 took out its division in the Liqui-Moly Bathurst 12 Hour in February 2018, and proved just as convincing in the last week of June at the Sydney Motorsport Park, Eastern Creek.

“It was certainly a breathtaking change from a usual Monday at the office,” said Longhurst, who has retired from motor racing but is as enthusiastic and ambitious as ever in his racing aboard The Boat Works Extreme 40 catamaran, bound for Hamilton Island Race Week in August.

The sleek multihull, winner of numerous regattas, including Hamilton Island Race Week 2016 has a fresh new wrap from the experts at Print Image signs who were also responsible for the branding on The Boat Works sponsored BMW.

Among the marine industry identities gathered at the Sydney track day, Damien Weber, General Manager Raymarine Maritime, said he was “blown away” by the blistering pace. 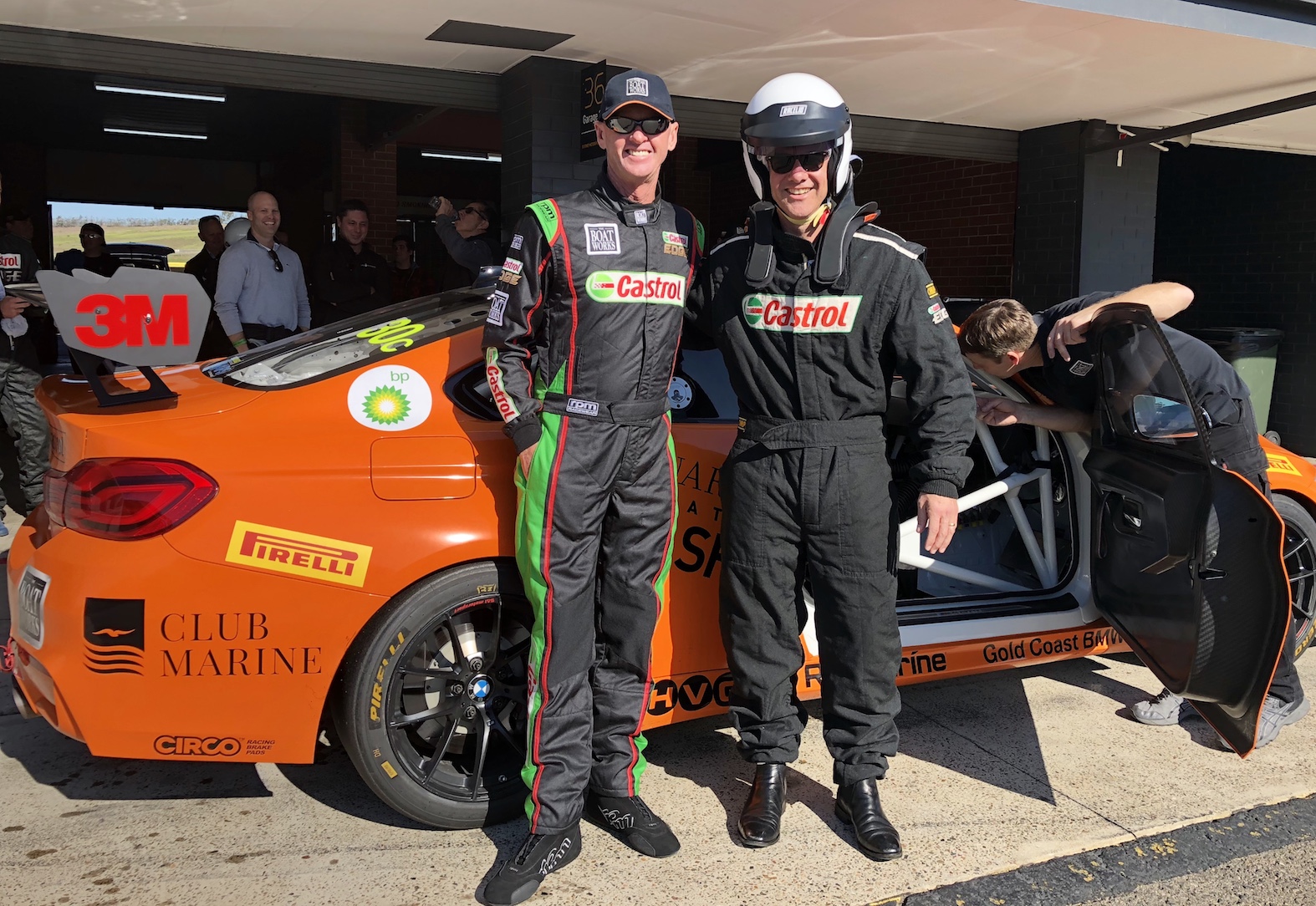 Tony Longhurst from Boat Works with Damien Weber from Raymarine.

“It was a thoroughly enjoyable and exhilarating morning out at Eastern Creek.

“It was great to hear the exciting plans that Tony has for The Boat Works facility at Coomera, and what better place to hear about it than in the passenger seat of The Boat Works BMW racing team!”

In late July, Longhurst will host a second Corporate Track Day at Willowbank Raceway, near Ipswich.

The team from Sanctuary Cove International Boat Show, major sponsor of The Boat Works BMW will experience the ride of a lifetime, enjoying a few ‘hot laps’ with the best in the business behind the wheel (Tony!)

As for the planned enhancements at The Boat Works, Longhurst won’t let this cat out of the bag just yet.

“All will be revealed in a few weeks. What I can say at this stage though, it will be great for the Gold Coast and great for the Australian boating industry.”

Roll out the rug

Roll out the rug