Touchdown in the USA

At the 2021 Fort Lauderdale International Boat Show (FLIBS), Maritimo will launch their latest models, the M55 and the S55 motor yachts, which are the most successful global Launches ever for Maritimo.

Maritimo President – Americas, Dave Northrop said the excitement and interest in the new models being displayed for the first time in the Northern Hemisphere was extremely high.

“FLIBS will be the first time that the public will have the chance to physically inspect and experience these two magnificent new vessels in this Hemisphere.

“The number of bookings we have taken for personal tours is extraordinary.

“There is a great deal of anticipation and excitement in the buildup to the show and we are looking forward to a great show.”

Maritimo’s Director of Design, Tom Barry-Cotter said the feedback from around the globe on the new 55s had been incredible. He said the M55 and S55 were amongst a lineup of eight new models to be globally revealed or launched by Maritimo in 2021. 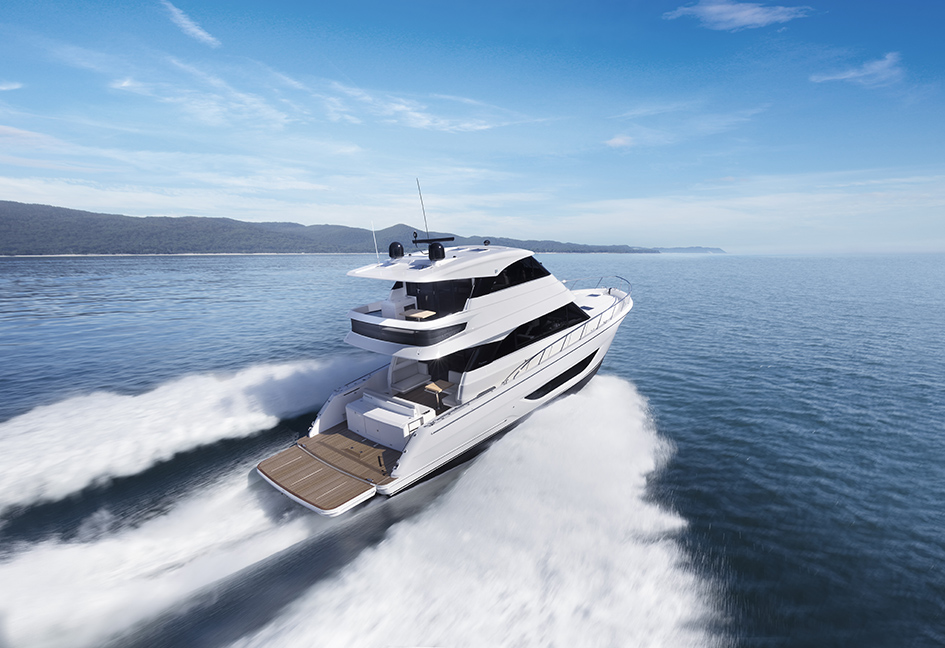 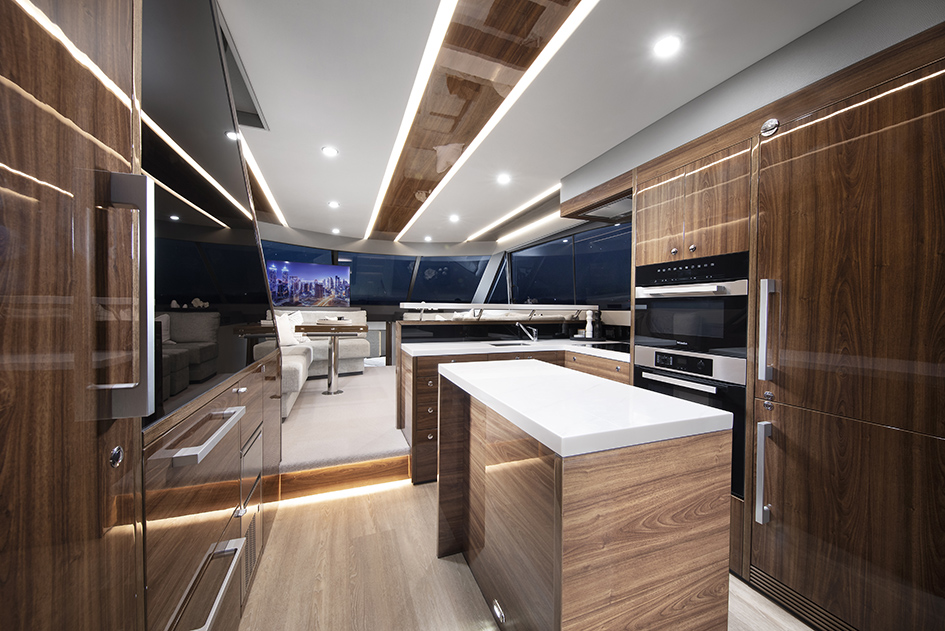 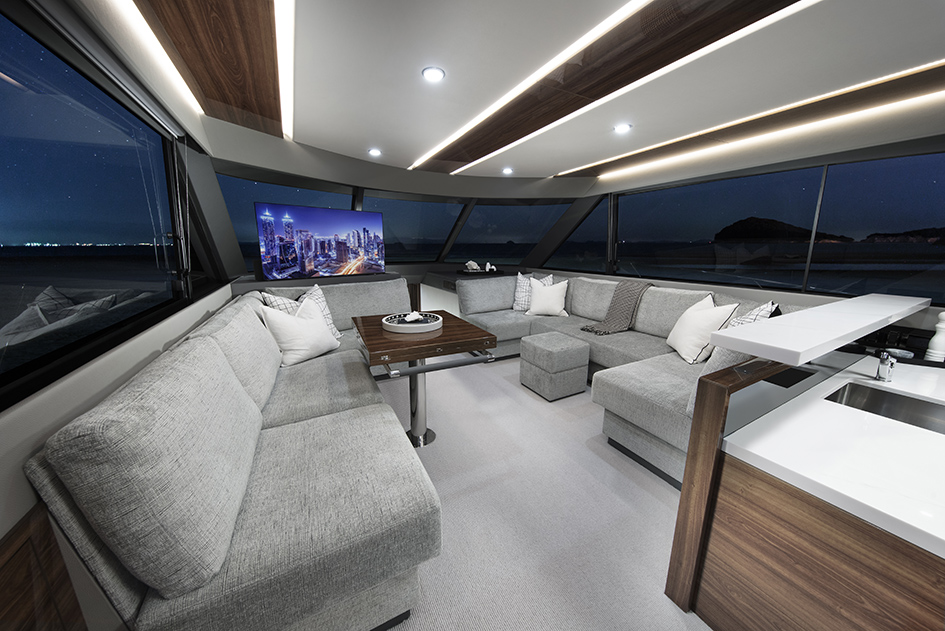 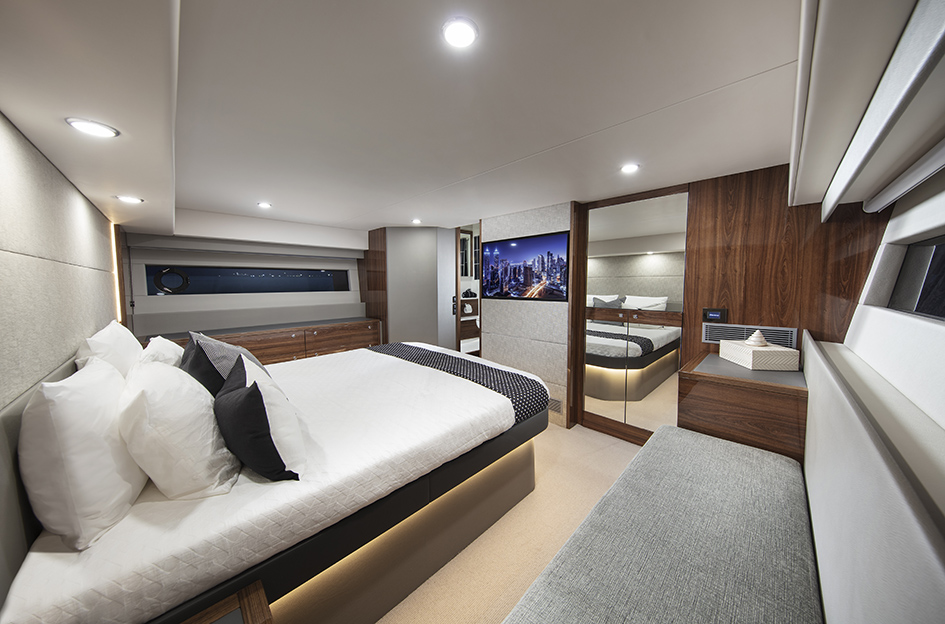 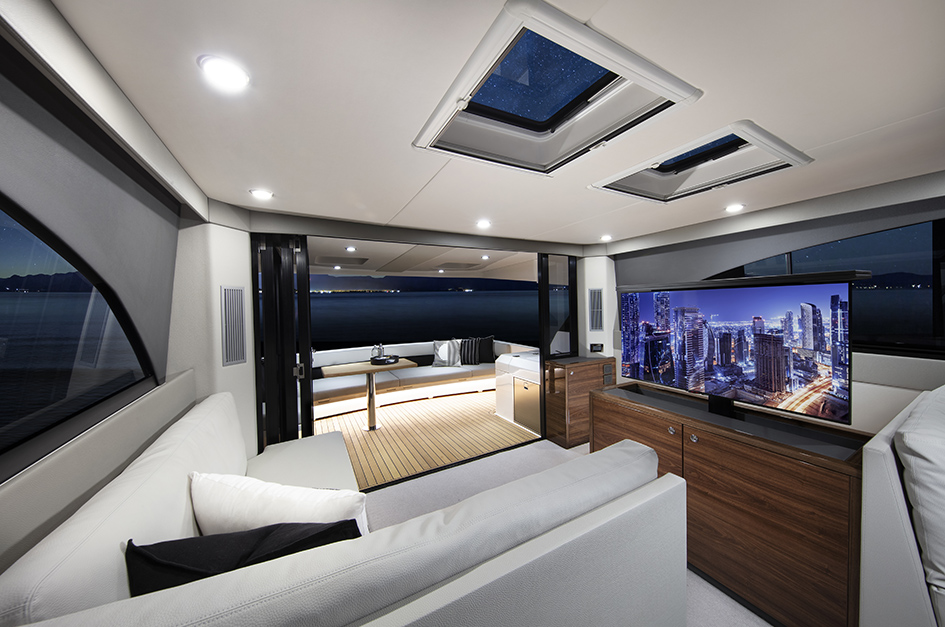 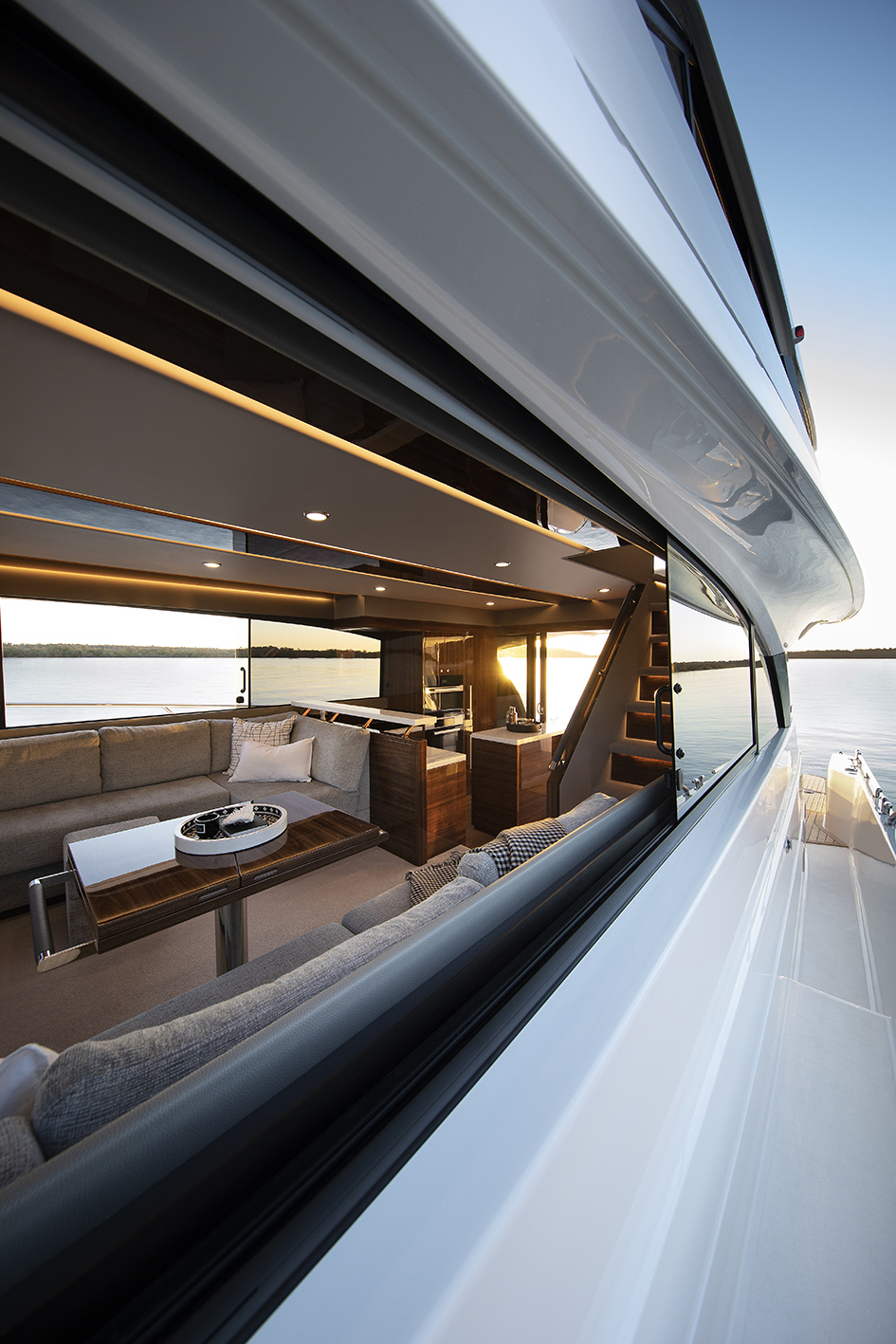 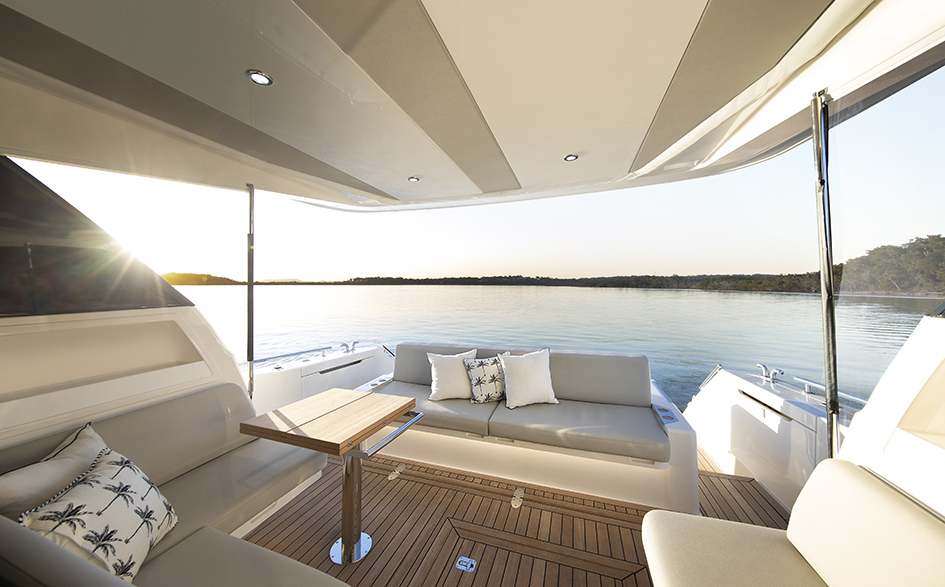 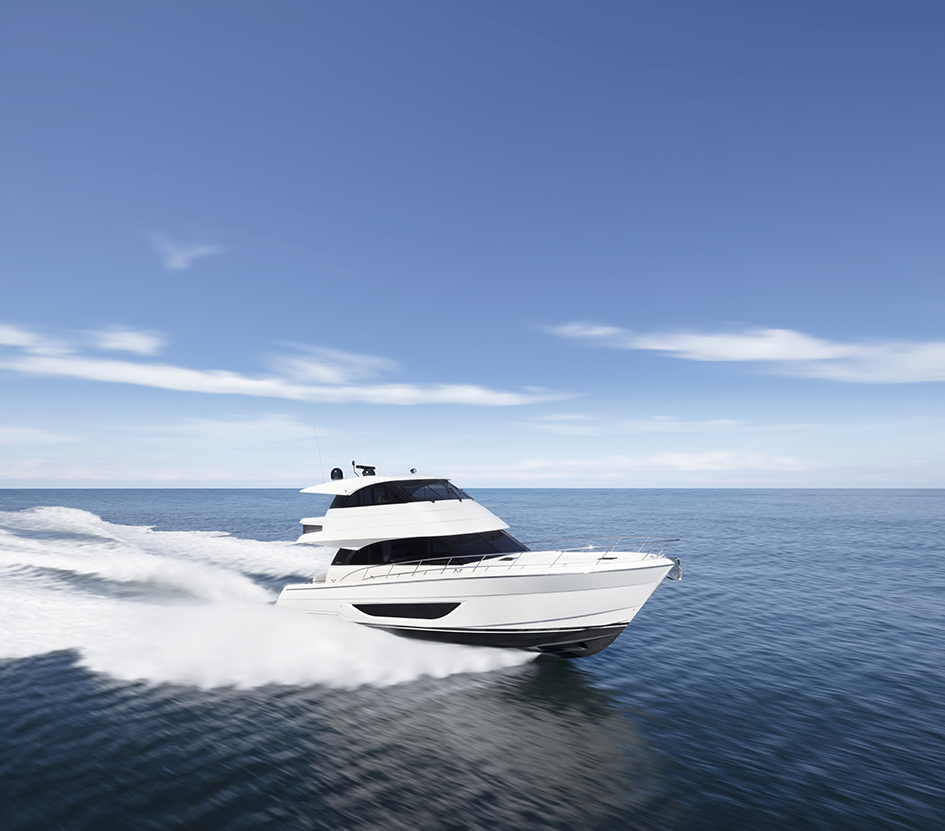 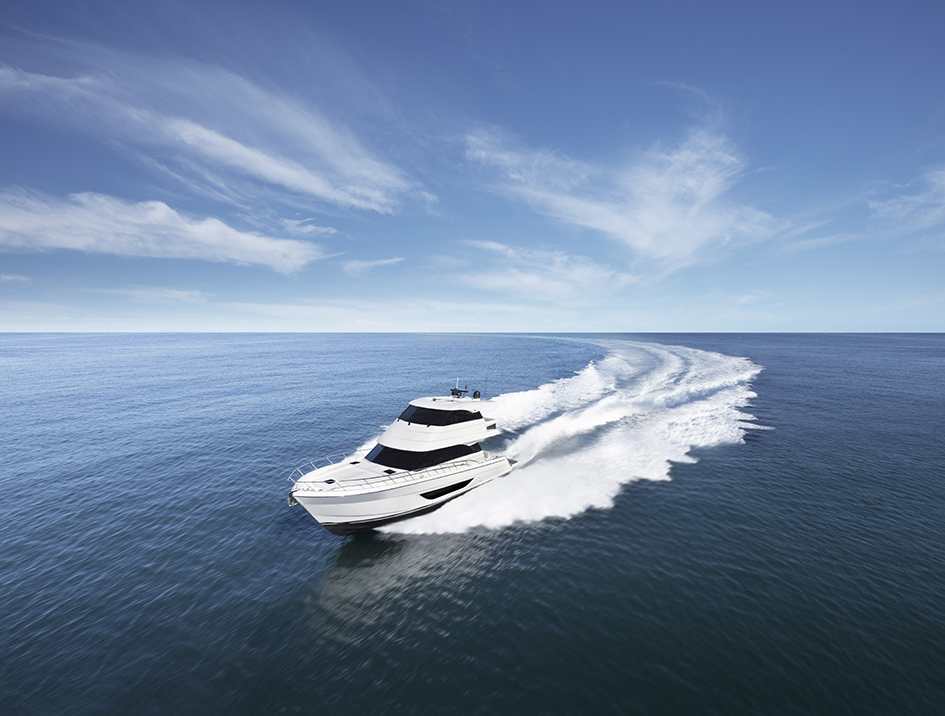 The M55 was first revealed to a virtual audience of Maritimo VIPs and international media in June 2020, with its Global Launch taking place at this year’s Sanctuary Cove International Boat Show in Queensland, Australia, in May.

The new M55 is the latest addition to the iconic flybridge motor yacht series renowned for long-range cruising efficiency, build integrity, and ocean-tested performance, upon all which Maritimo’s esteemed legacy has been built.

“The team at Maritimo have truly redefined the class we created,” said Barry-Cotter. “The new M55 long-range cruising flybridge motor yacht fuses the latest advancements in technology and design with all of the legacy features carried forward from M-Series models past.

“The new design has not only integrated all of the iconic M-Series features into the vessel, but it has also advanced them into an entirely new standard,” he continued.

“We have crafted the ultimate flybridge motor yacht that capably delivers a practical boating lifestyle, with every attention to every detail of its form considered and the response to the vessel speaks volumes for its uniqueness.

“Every aspect of the design has been obsessively considered and refined during the design and new-product-development process, to achieve the functional solutions, comfort, and living spaces we set out to achieve,” Barry-Cotter said.

“With a US launch as anticipated as this, the wait has felt long. But when you step aboard, you will see it has been well worthwhile.” 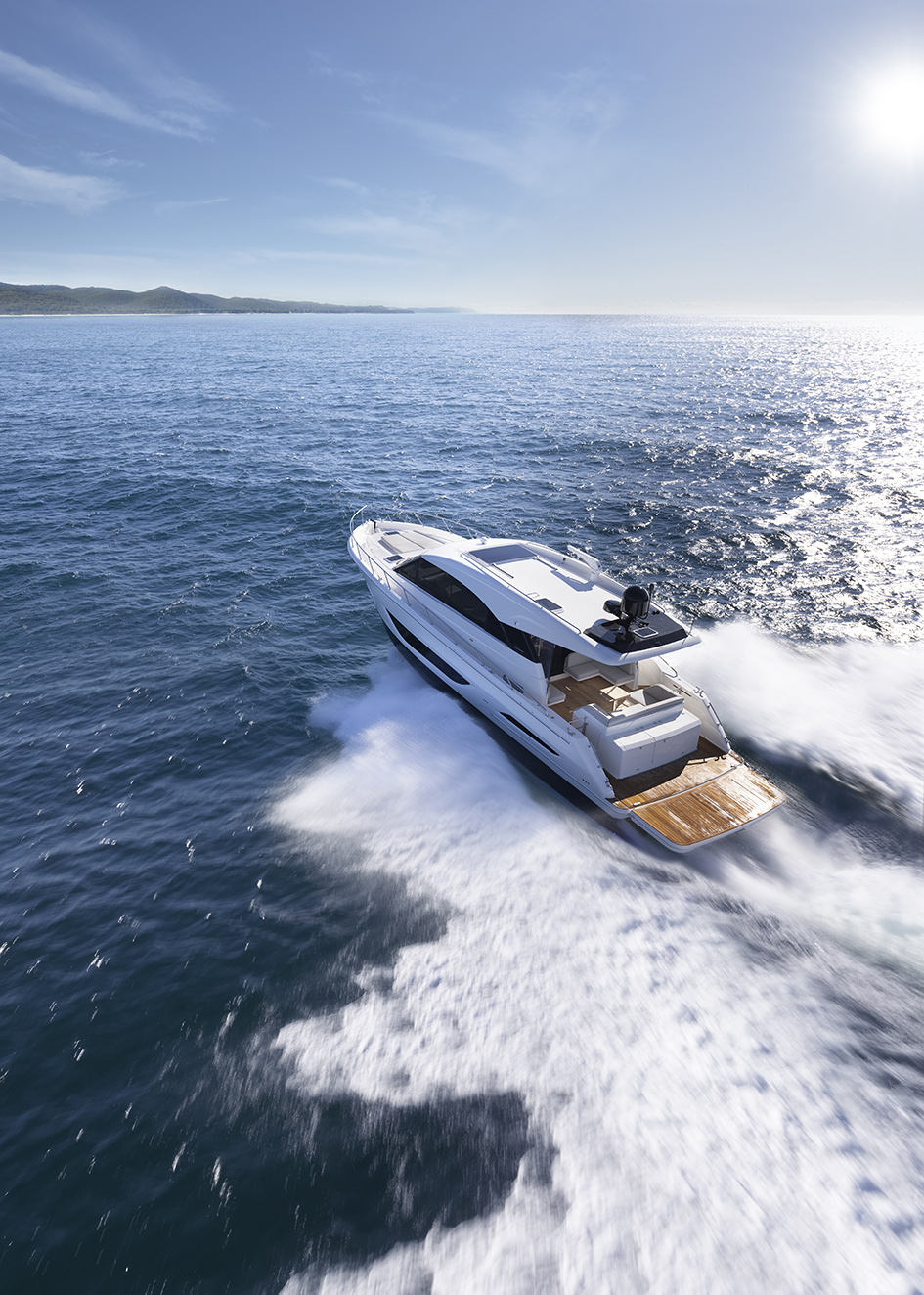 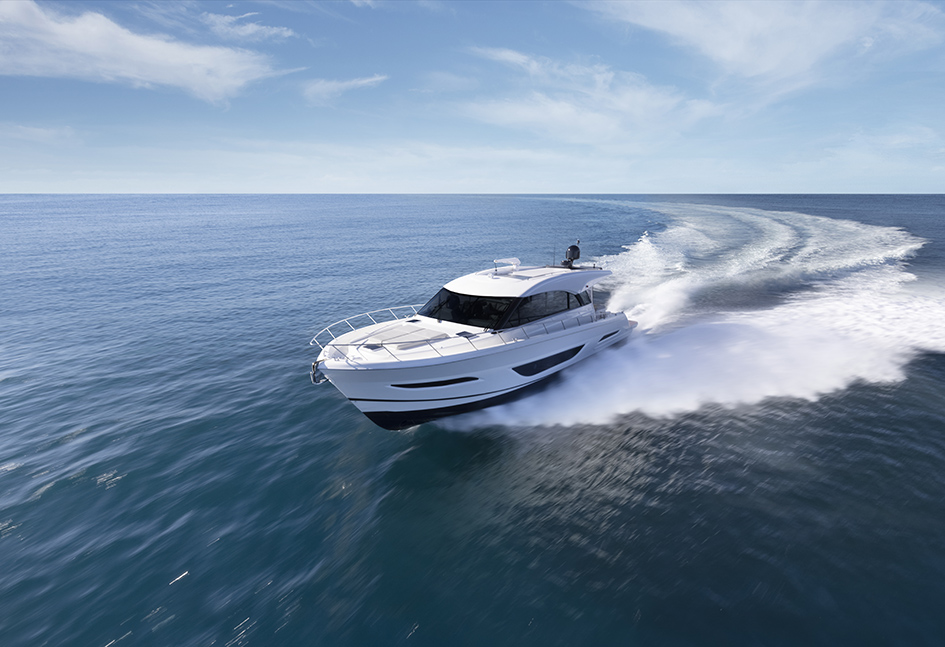 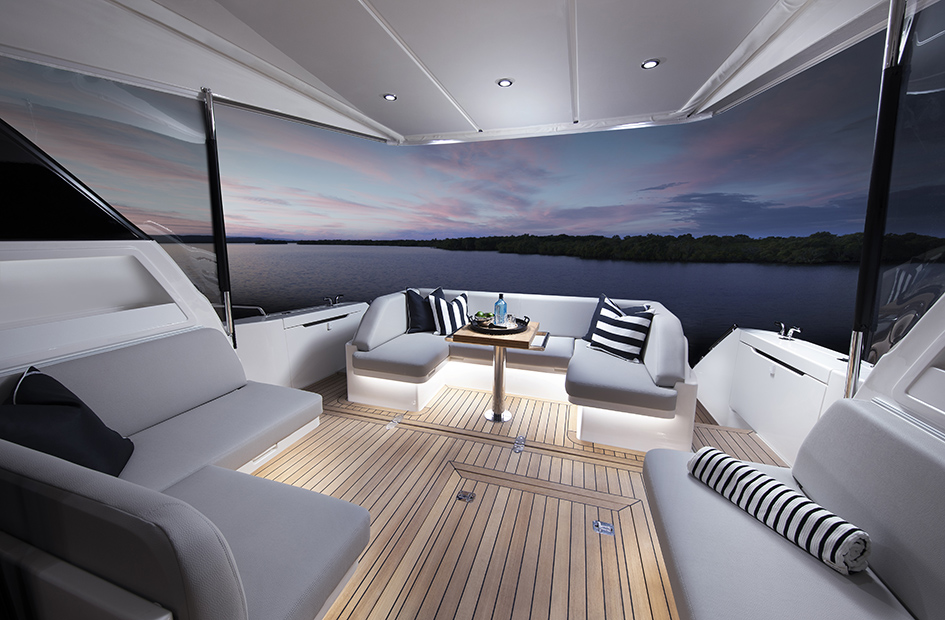 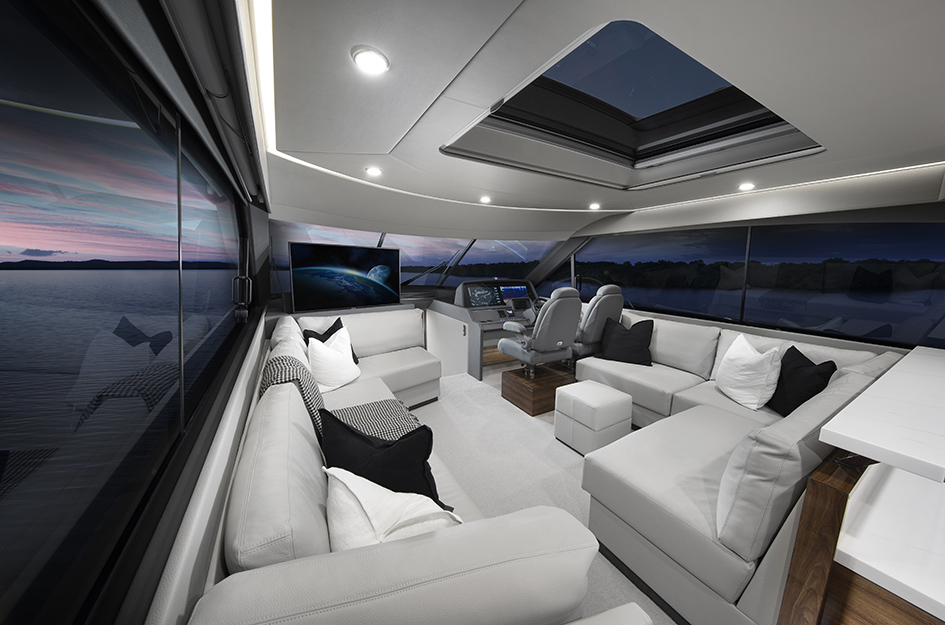 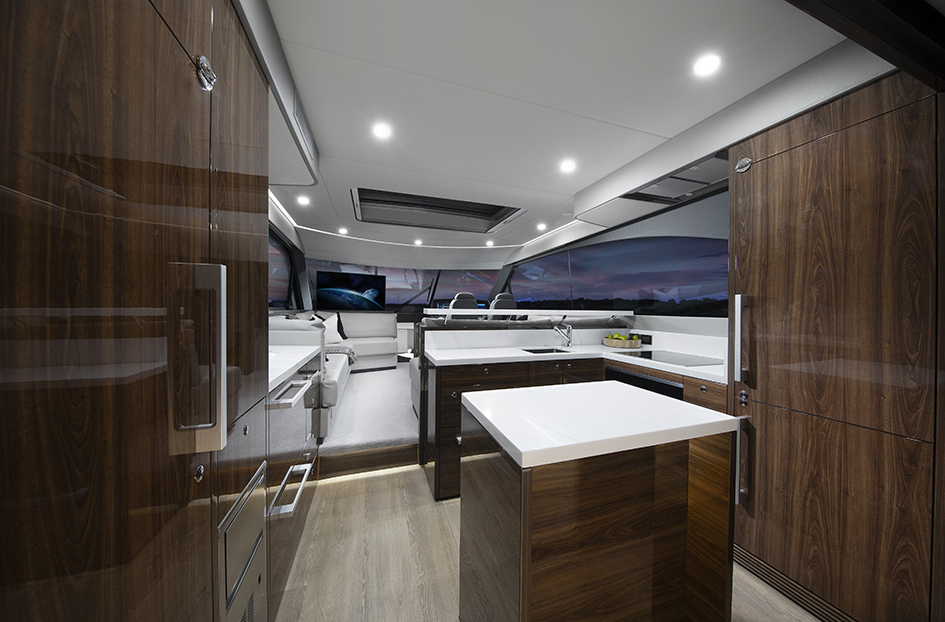 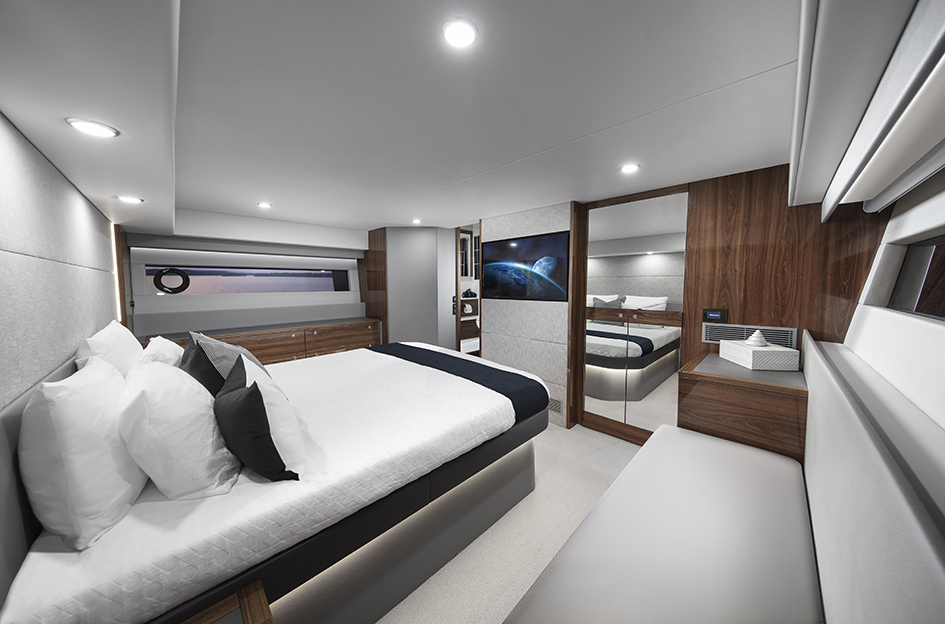 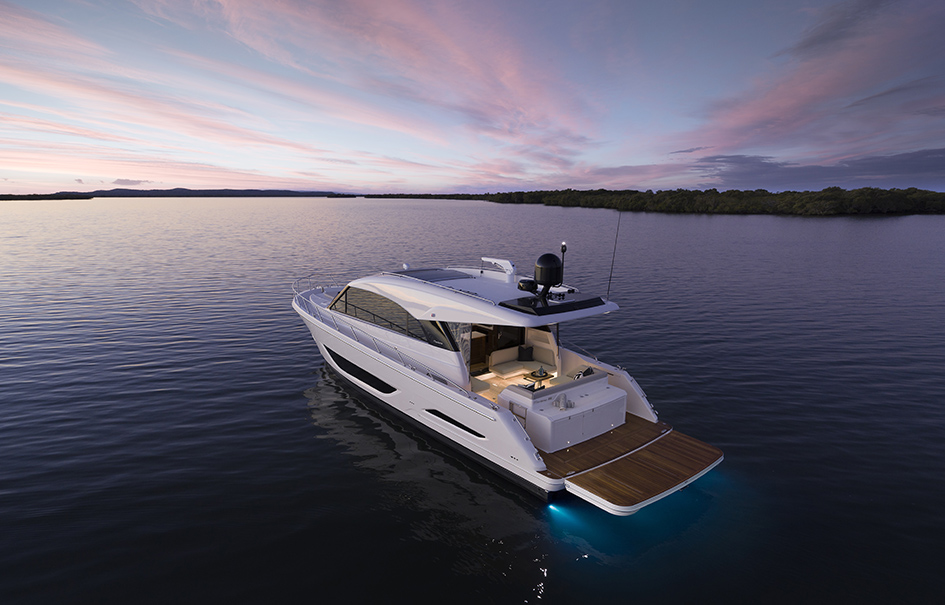 While the M55 has been the headline act at Maritimo in recent months, its single-level sibling, the S55, has also attracted worldwide acclaim.

The new S55 is the latest addition to the esteemed sedan motor yacht series renowned for long-range adventuring and offshore cruising, and with the build integrity, ocean-tested stability, and performance that form the foundation of Maritimo’s motor yacht-building ethos.

“The key practical design features of S-Series models past remain, with an array of exterior form advancements and additional features included.”

Maritimo is renowned for breaking the status quo, and the S55 is no exception. The design expanded cockpit hardtop coverage, amplifying the amount of area on the often-inaccessible sedan hardtop.

“Maritimo’s design division has maximised the practical deck spaces onboard the S55 by enabling the often-unused sedan hardtop to be accessed from the upper cockpit deck via overhead hatch and ladder, in order for the hardtop to serve as a utility deck space,” said Barry-Cotter.

“The hardtop has been designed and engineered to be capable of carrying the weight of 771 pounds (350kg) davit and tender, freeing up the adventure deck and aft garage spaces for more entertaining or storage capability.

“The S55 raises the bar in the sedan yacht category with an extraordinary amount of time and effort going into its R&D, and an uncompromising commitment to improved performance, robust construction, and luxurious livability for the owner and their family and friends.

“The response to this new model has been very exciting, and we believe its momentum will only continue once American boaters are able to experience it in person.”

At the beginning of the year Maritimo announced an extensive schedule of exciting global reveals set for 2021, unveiling the exciting return of the Offshore Series.

“The first of these, the M600 provides the complete package, which will have broad appeal as a state-of-the-art fishing platform, with its specialty open-water fishing attributes, or as a long-range family cruising motor yacht with its enclosed deck spaces.

“The M600 is centered upon a hull design that is an advanced evolution of Maritimo’s longstanding experience in long-range cruising design and world leading shaft-drive performance and efficiency,” he said.

The remarkable new offshore cockpit with an enclosed transom makes the M600 Offshore ideal for those with varied fishing interests or anyone who embraces the idea of encapsulated deck space with solid separation from the sea.

Maritimo’s passionate craftspeople and staff are all extremely excited for the American public to finally experience these latest new models at FLIBS.