As the seventh and penultimate event on the global championship calendar, the purpose-led racing league will make a spectacular return to iconic Sydney Harbour on December 17 and 18 for the Australia Sail Grand Prix presented by KPMG.

As SailGP Season 2 draws toward a dramatic conclusion, there has already been plenty of drama as the world’s best athletes go head-to-head, racing in the identical, hydro-foiling, high-tech F50 catamarans. The season is set for a thrilling finish with just one point separating the top three teams on the championship leaderboard.

Driver of the Great Britain team, Sir Ben Ainslie – the most successful Olympic sailor of all time – sits in fourth place and will be looking for a big result in Sydney to make the season-ending Grand Final in San Francisco.

Slingsby made it clear at the pre-event press conference that he’s hoping Ainslie doesn’t feature in the winner-take-all $1million race in San Francisco next March. 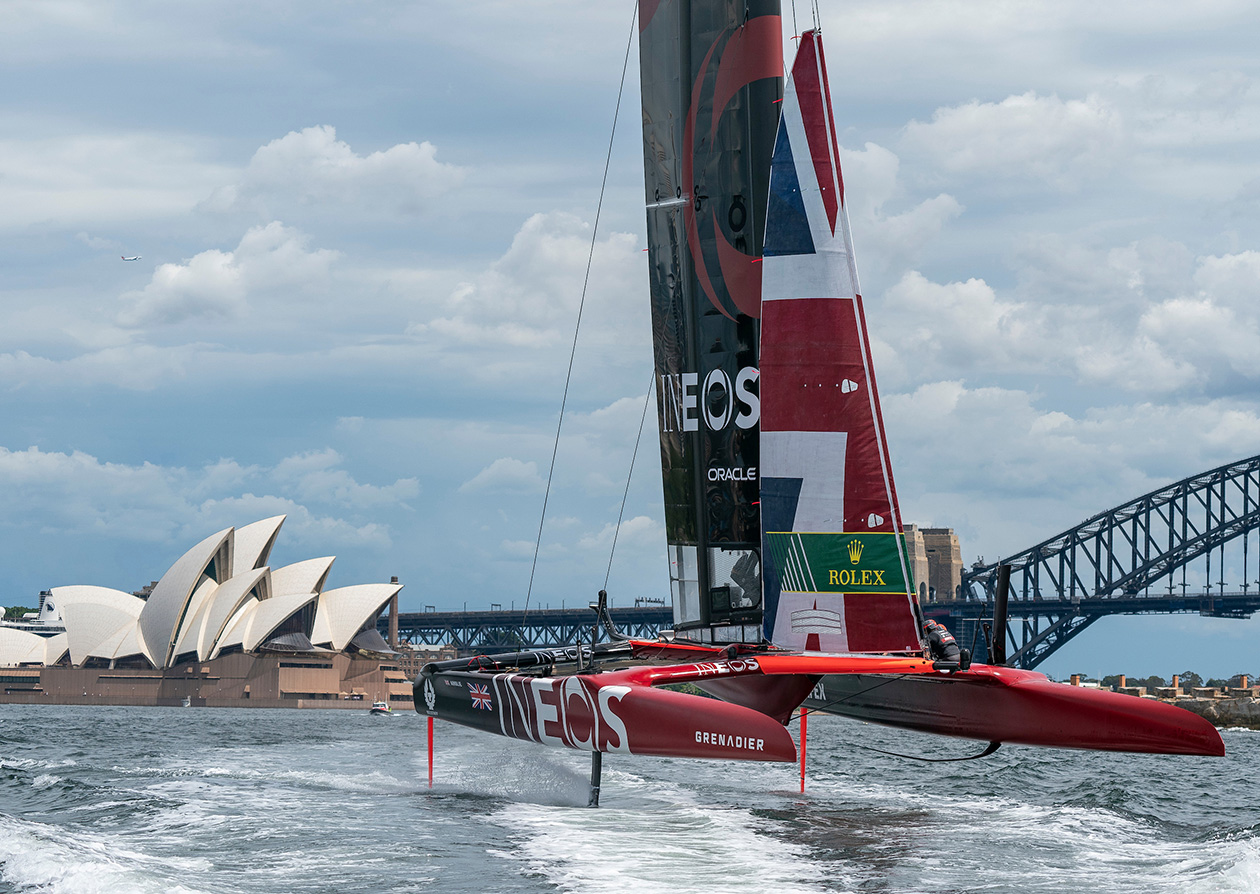 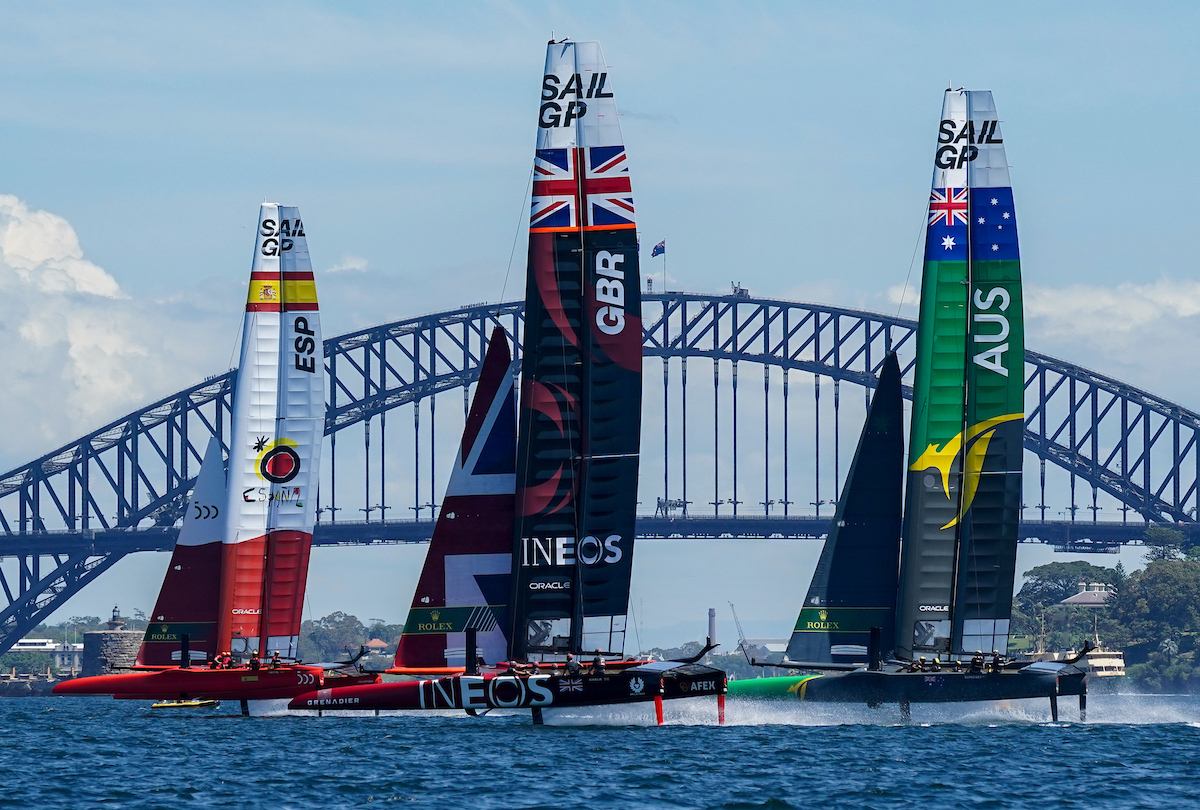 Slingsby said: “If we had to choose, it would probably be for Ben to miss out as he’s very good at performing on the big stage. And, in San Francisco we are expecting windy conditions, so it would be good to have Nathan – who is a bit of a light air specialist – over Ben, who is a heavy air specialist.”

For his part Ainslie said he was trying to restore national sporting pride for Great Britain after some difficult recent results for the England cricket team on their Australian tour. The last time SailGP was on Sydney Harbour in 2020 Ainslie’s team claimed victory.

Ainslie said: “We’ve been a little sore with the cricket results so far, so we’ve got to try and keep the British sporting challenge up, but it is going to be tough. As Tom said, there is great competition out on the harbour, and the competition has just gone up massively.

“It’s just a wonderful place to sail – it’s got everything really. It’s a challenge because the wind is always shifting over the land, and the people really love their sport and their sailing. There aren’t that many places in the world where you have this kind of set-up. This city is right up there with my favourite sailing spots in the world.”

Ainslie is also looking to exorcise the demons of his last race in Cádiz when the British F50 dramatically capsized.

Ainslie said: “The capsize did hurt. That was the last time we sailed until yesterday, and we wiped out going around 80 to 85 km/h, and it was really frustrating because we were in a good position in the final race.

At the last couple of events, we’ve made some critical errors at key moments and caused ourselves quite a few penalty points. We’ve got the package in terms of getting the results, and we just need to put it all together and try to avoid these critical mistakes.”

In contrast, Slingsby’s Australia team comes into the race in hot form after victory in the last Sail Grand Prix in Cádiz, and has topped the podium in three of the last four events. Slingsby was also recently named Rolex World Sailor of the Year and is featured in the newest episode of SailGP Racing on the Edge.

Slingsby said: “It’s amazing to be back on Sydney Harbour, and I’m proud and really excited to show the Australian public how far SailGP has come. We came here in a couple of our early events, and I’m really proud of where SailGP is now.

“Last time here we lost, and we didn’t sail well, and we got beaten on home waters. But look, I just want to perform well, I don’t worry about the other names on the boats, they are all just competition.” 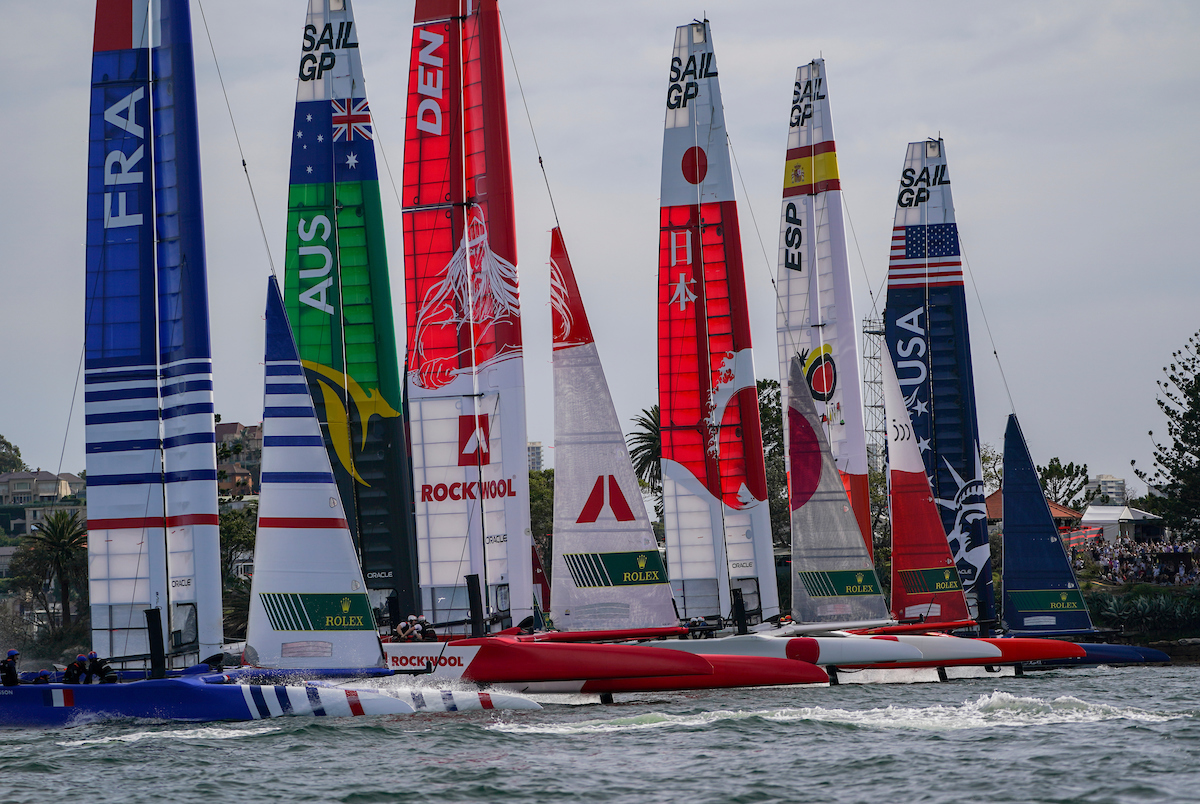 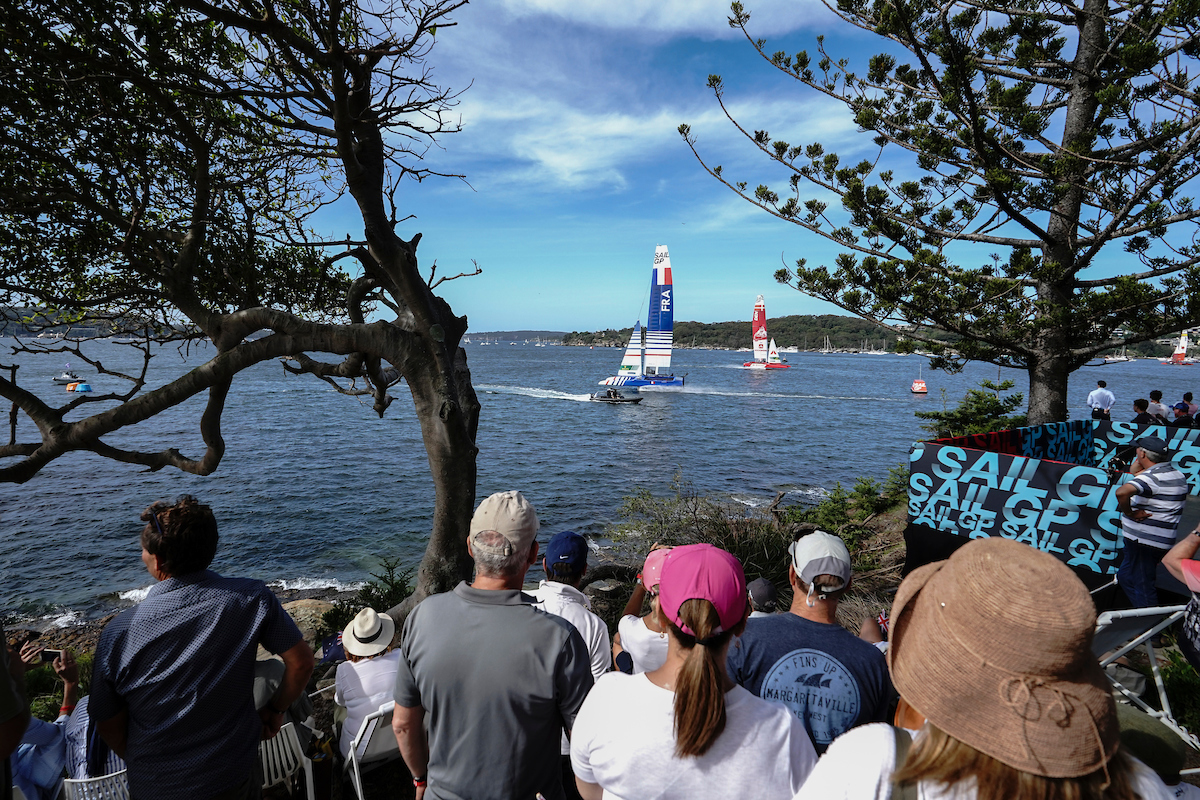 Currently sitting in third place in the championship, Japan driver Outteridge said he’s expecting his countryman Slingsby to come out firing in the Sydney.

“I’m sure Tom’s learnt a lot from last year. I don’t think the pressure will get to him as badly as it did last time. He’s delegated more external responsibilities to team mates so he can focus on the racing. But the fleet is so much closer than it was last time and I think there will be a mixed bag of results this weekend. I would love to beat him this weekend.”

Spithill said: “SailGP has the best sailors in the world. It is the hottest competition in the world we have probably ever seen, and as a team it would make such a huge statement to win here.”

Sydney will also see the continuation of the Women’s Pathway Program (WPP), which saw athletes onboard the F50 during racing for the first time at the previous event in Spain. Once again the female athletes will be taking on a variety of roles across the fleet including grinding, tactics and communications.

Slingsby said he can’t wait to have Nina Curtis back on board and feel what it’s like to race on home waters in front of a home crowd.

Slingsby said: “I think it will be amazing for Nina, she is our lucky charm; she’s one-for-one, one race, one win. She’s just a great addition for us, Nina is really excited and her enthusiasm is really infectious for our team.”

Curtis said the team was hungry for a win on home soil and extremely focused heading into the event.

Curtis said: “It’s going to be unreal, Sydney Harbour is so big but it can feel really small on these F50s, we get up to such high speeds, it’s all a bit surreal honestly, sailing in my home waters.”

The Sydney Sail Grand Prix will comprise two days of racing, with five fleet races followed by a podium race with the top three boats in the ultimate showdown to decide the winner on Saturday.

The fight for SailGP’s second podium has also never been more fierce, with the Impact League – introduced for Season 2 – once again on everyone’s mind this week. The league tracks the positive actions the teams make to reduce their overall carbon footprint and help accelerate inclusivity in sailing.

At the end of the season there will be two podiums, with the winner of the Impact League crowned alongside the Season Champion and earning funding for its purpose partner, who supports and advises them throughout the season and is visible on the team’s livery. New Zealand currently leads the innovative Impact League from Great Britain and Australia.

The Australia Sail Grand Prix will also be the first opportunity for fans to experience SailGP Insights, a new data platform powered by Oracle Cloud Infrastructure.

Ainslie said: “One of the best things about the league is the data analysis in the Oracle Cloud, so we can go back and look at our boat and all the other boats at key moments in the races and try to work out why things happened. It is great that fans now get access to the same insights from racing.”

SailGP Insights powered by Oracle Cloud can be accessed at SailGPInsights.com

The weekend is not to be missed and limited tickets for fan experiences are still available. Find out more and secure your tickets here.

For fans further away,the action can be watched in over 175 territories, including live on Fox Sports and KAYO in Australia. Full details can be found at SailGP.com/Watch.