HanseYachtsAG has publicly presented the company's latest addition to its portfolio, a third German-made motorboat brand.

German brand HanseYachts AG has announced the next addition to its vast umbrella.

Named after the river that HanseYacht AG was founded along in 1990, RYCK Yachts will be the third German-built motoryacht brand, developed in tandem with designer Bill Dixon.

“The very name HanseYachts AG comes from the extremely successful Hanseatic League, in which Greifswald played an important role. We continue the shipping, trading and boatbuilding traditions of this city and are constantly developing them further,” said HanseYachts AG CEO Dr Jens Gerhardt.

“The first waterway that the new boats from RYCK Yachts will sail is the Ryck river. Along it, our boats not only reach the Greifswalder Bodden as part of the Baltic Sea, they are distributed all over the world. The choice of name closes another circle for us, but also represents a declaration of loyalty from HanseYachts to this region.”

Said to be aimed specifically at sports-minded skippers and crews in the weekender segment according to a press release supplied by HanseYachts AG, the first RYCK model has also been announced by the German brand. 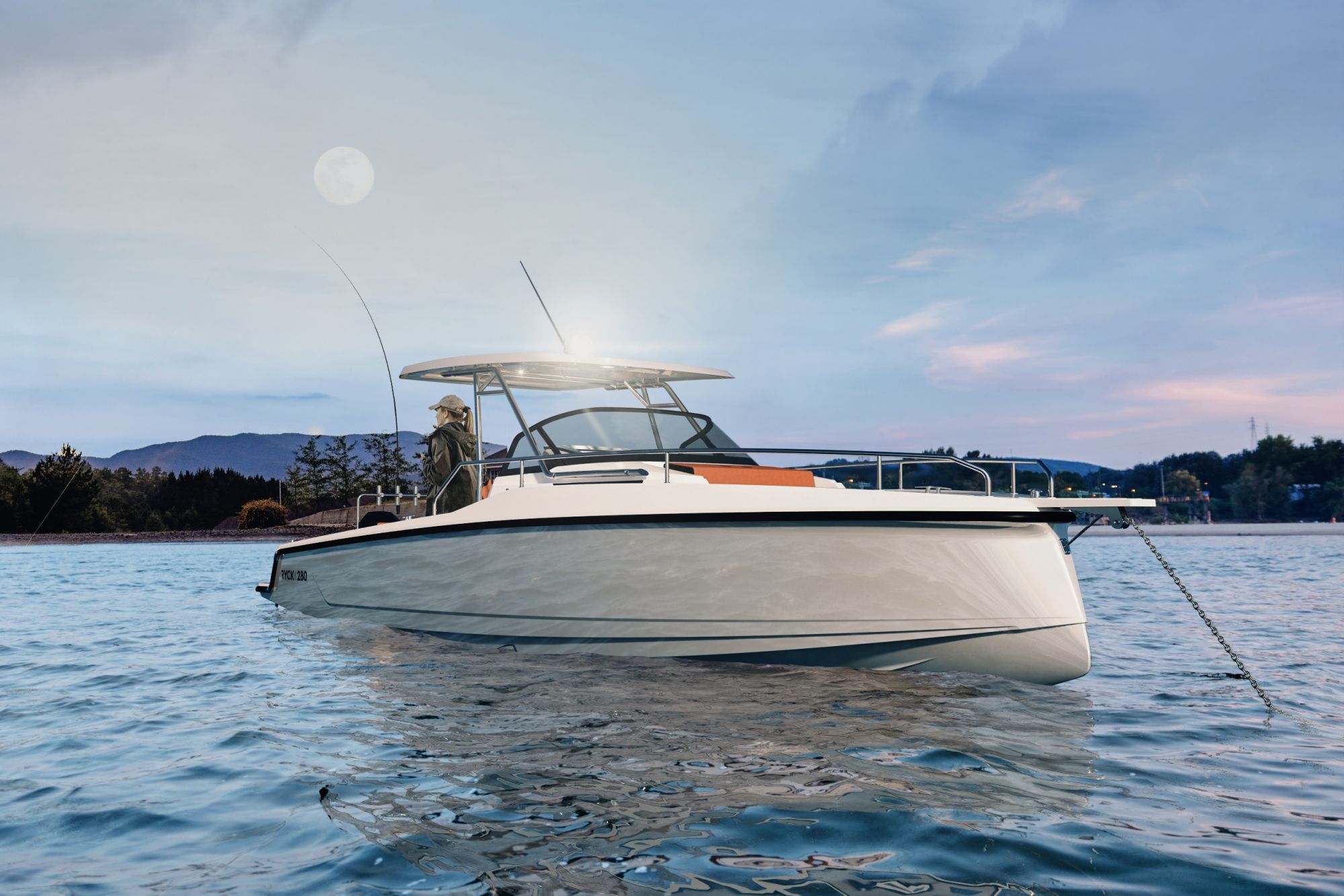 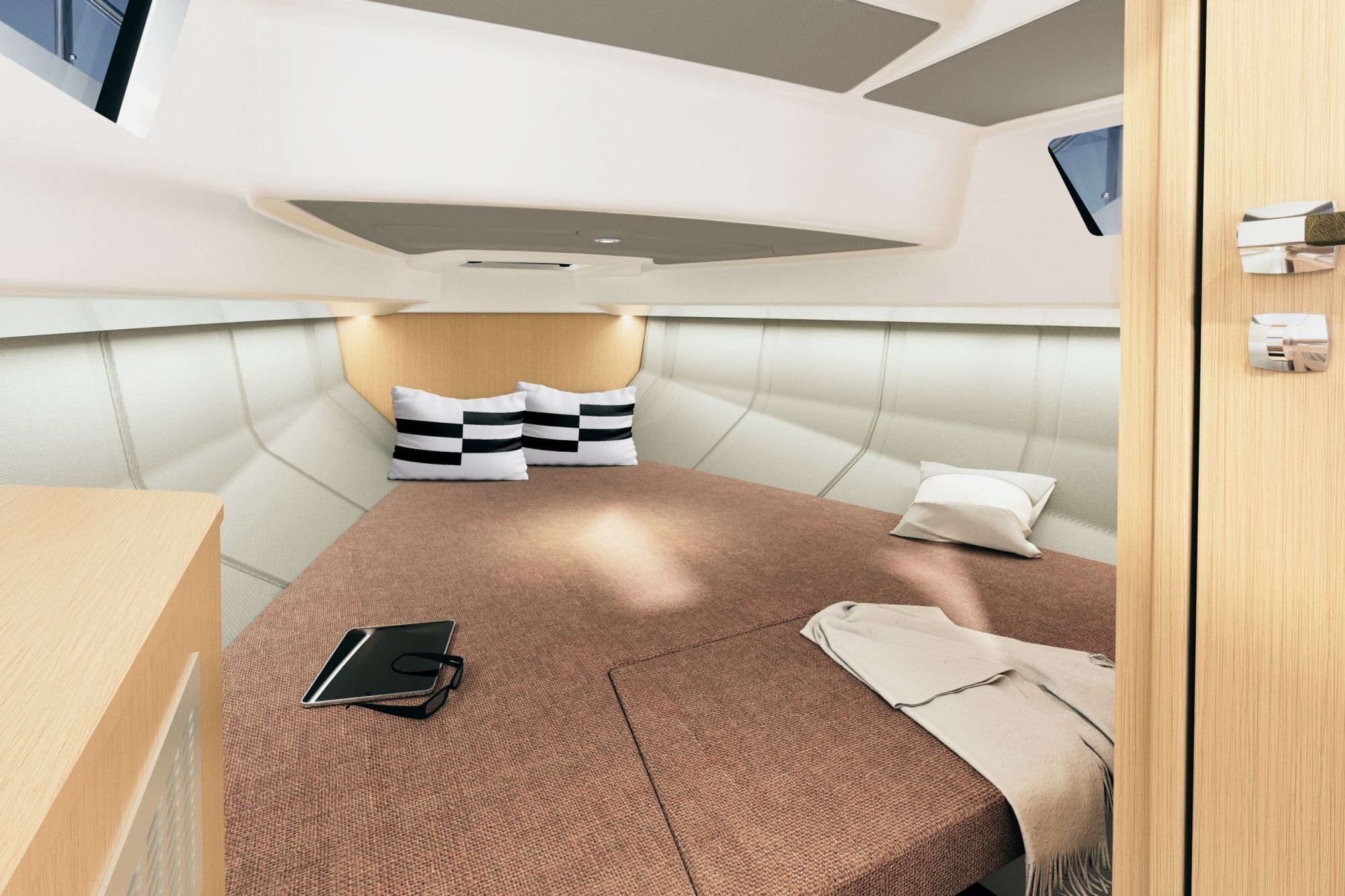 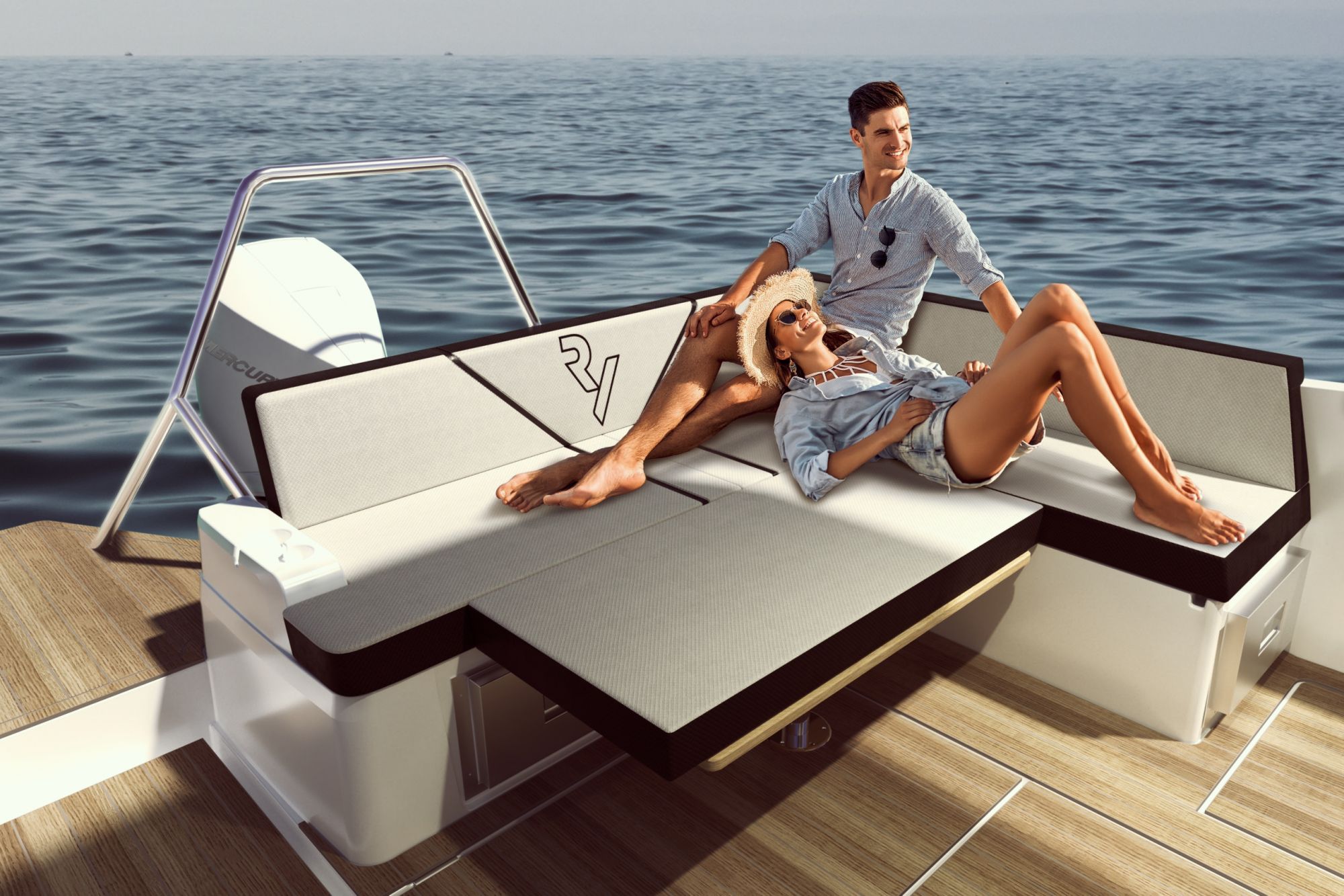 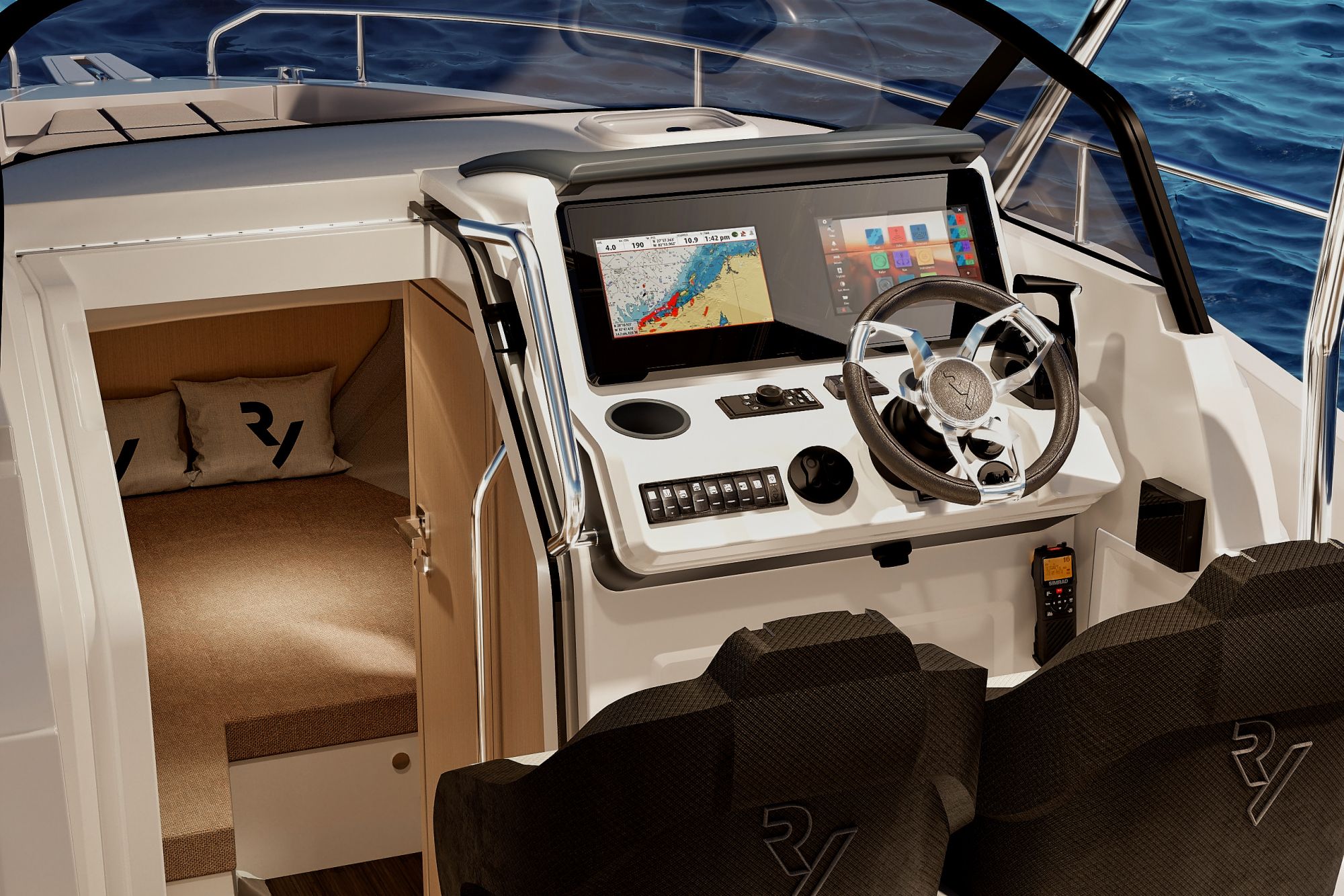 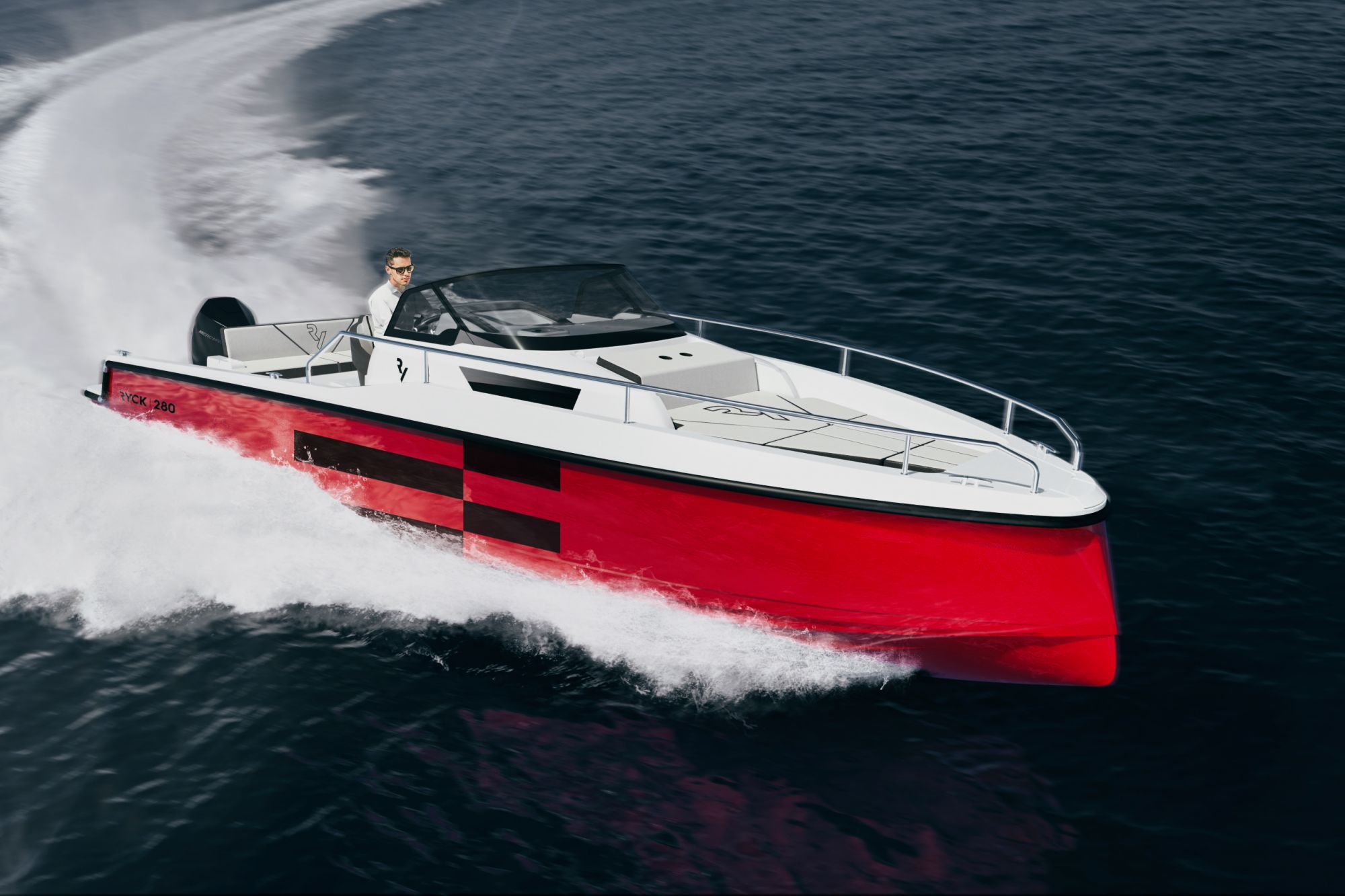 Coined as the RYCK 280, the model includes a stepped hull, as well as a reverse bow, providing a design that’s both functional and stylish.

The well-protected helm station ensures an ergonomic driving position that can be enhanced by a glass bridge control panel, which includes two 12-inch plotters.

Also included is a walkaround deck at 25 centimetres in width, a guard railing and a high freeboard. The inclusion of a step-less cockpit additionally provides space and freedom of movement.

The backrest of the bench seat folds down to create a second lounging area that complements the sun pad on the foredeck and the large bathing platform, while a bowsprit with an integrated anchor arm and an electric windlass guarantees safe and comfortable anchoring.

Below deck is either a modern furnished cabin with a large double berth or a large storage space. A separate wet room is standard, while large windows in the coachroof flood the interiors with natural light.

“Our customers can expect a true all-rounder with an outstanding design that will enrich the powerboat sector,” added Product Manager Andrea Zambonini.

“The RYCK 280 is easy to manoeuvre and also trailable, making it a flexible weekender in waters both near and far.”

HanseYachtsAG has stated that the RYCK 280 will have its premiere at the 2021 Cannes Yachting Festival.