Emirates Team New Zealand has revealed its second generation AC75 to the world at its base in Auckland’s Viaduct.

Emirates Team New Zealand has just launched the boat that will be used to defend the 36th America’s Cup presented by Prada in just over 100 days’ time.

The boat was blessed by Ngāti Whātua Ōrākei and proudly christened Te Rehutai by Lady Margaret Tindall in a ceremony in front of close to 900 friends, family, sponsors, suppliers and supporters of the team.

Taiaha Hawke from Ngāti Whātua Ōrākei explained the significance of the name: “Te Rehutai: Where the essence of the ocean invigorates and energises our strength and determination.”

Ngāti Whātua Ōrākei have named both Te Rehutai’s predecessors, Te Aihe and Te Kāhu. “This time we came up with some options to present to the team so they could come together collectively to decide on a name they felt resonated best with them as a team and clearly Te Rehutai struck a chord with them.” said Hawke.

Te Rehutai is the last of the second generation AC75’s to be launched across the AC36 teams. The fleet of boats that will lock horns in the 36th edition of the 170 year old America’s Cup are now on display for the eagle eye enthusiasts to pore over the finer details with the common understanding that the fastest boat has always won the America’s Cup. 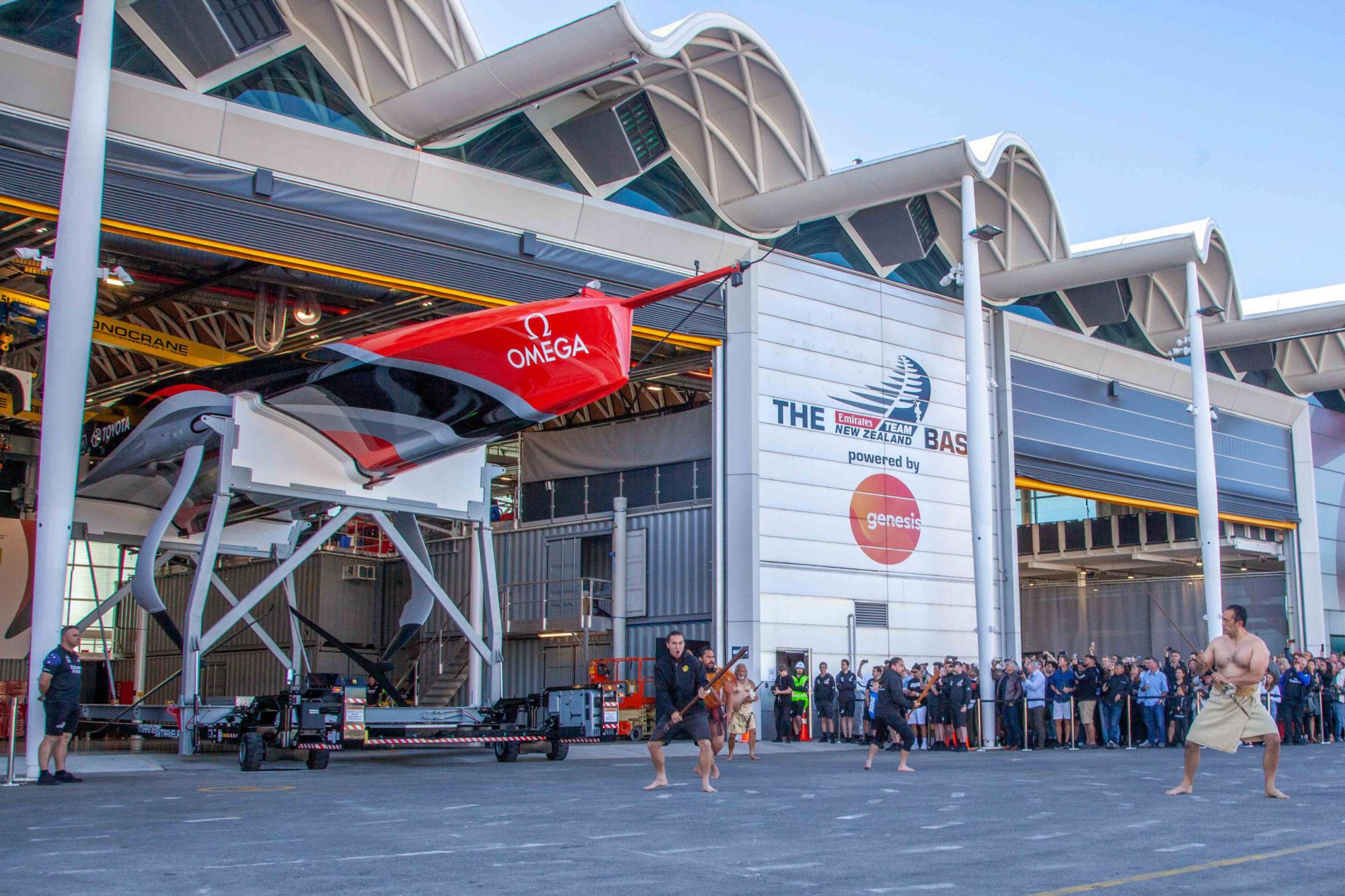 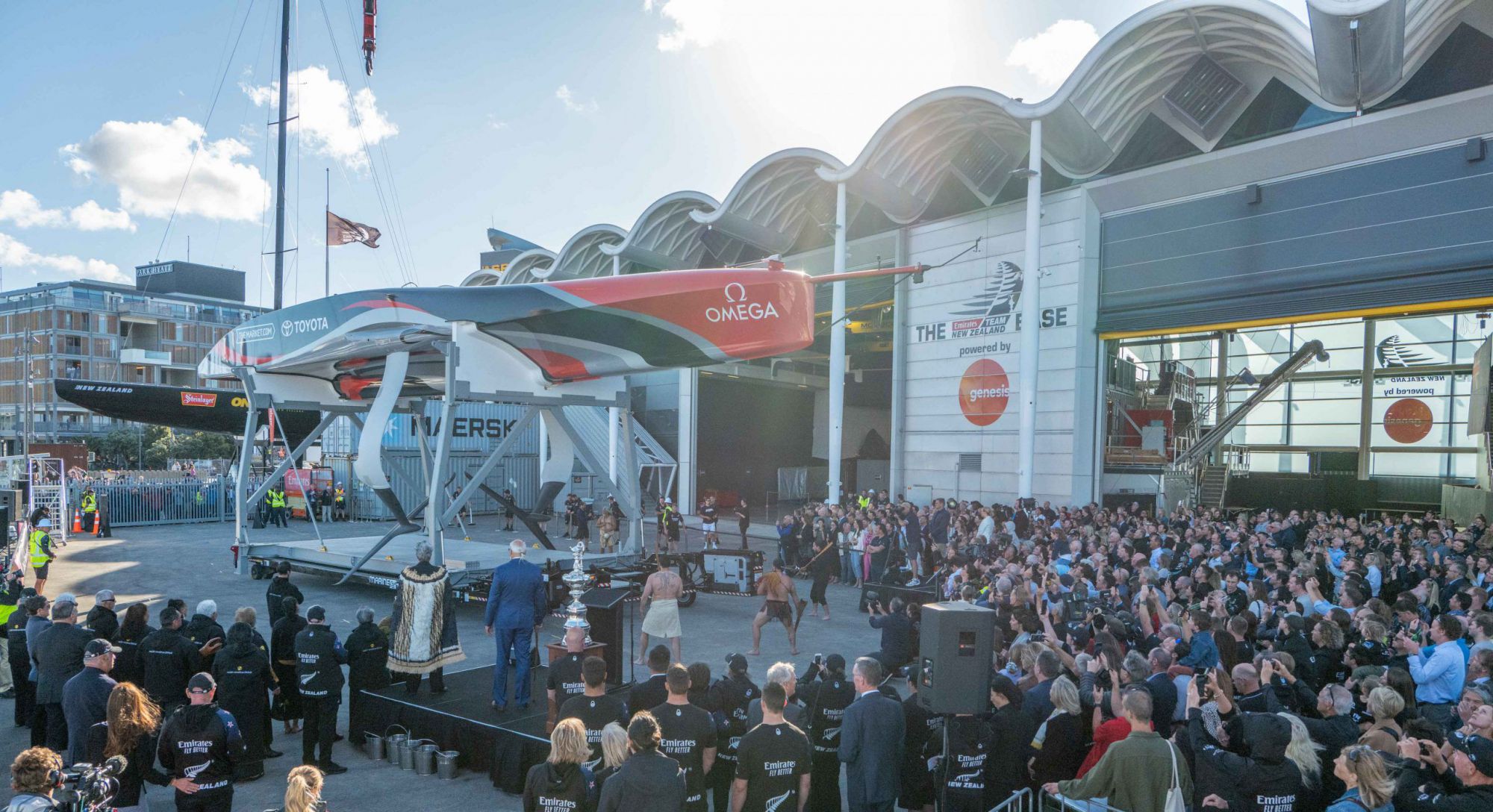 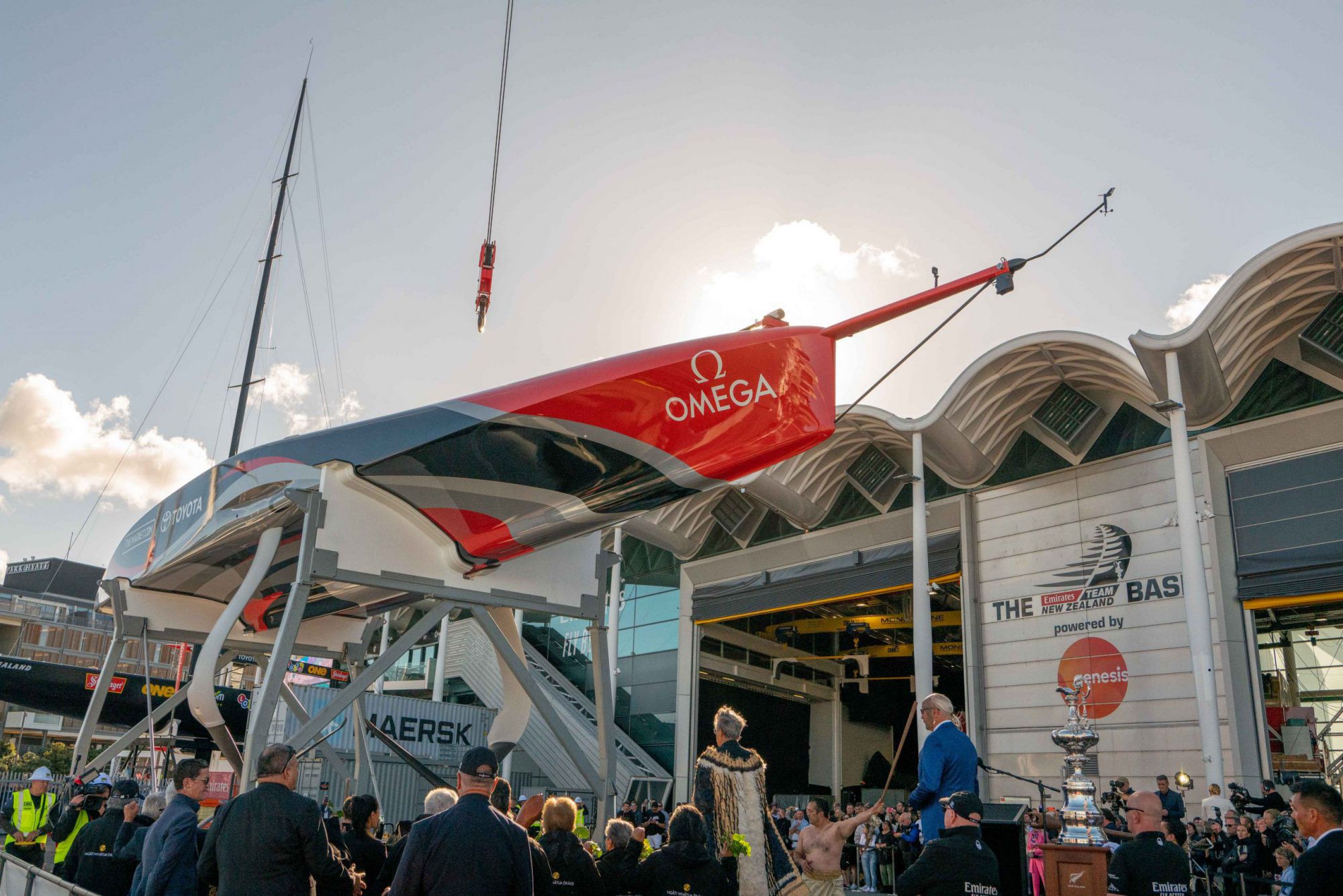 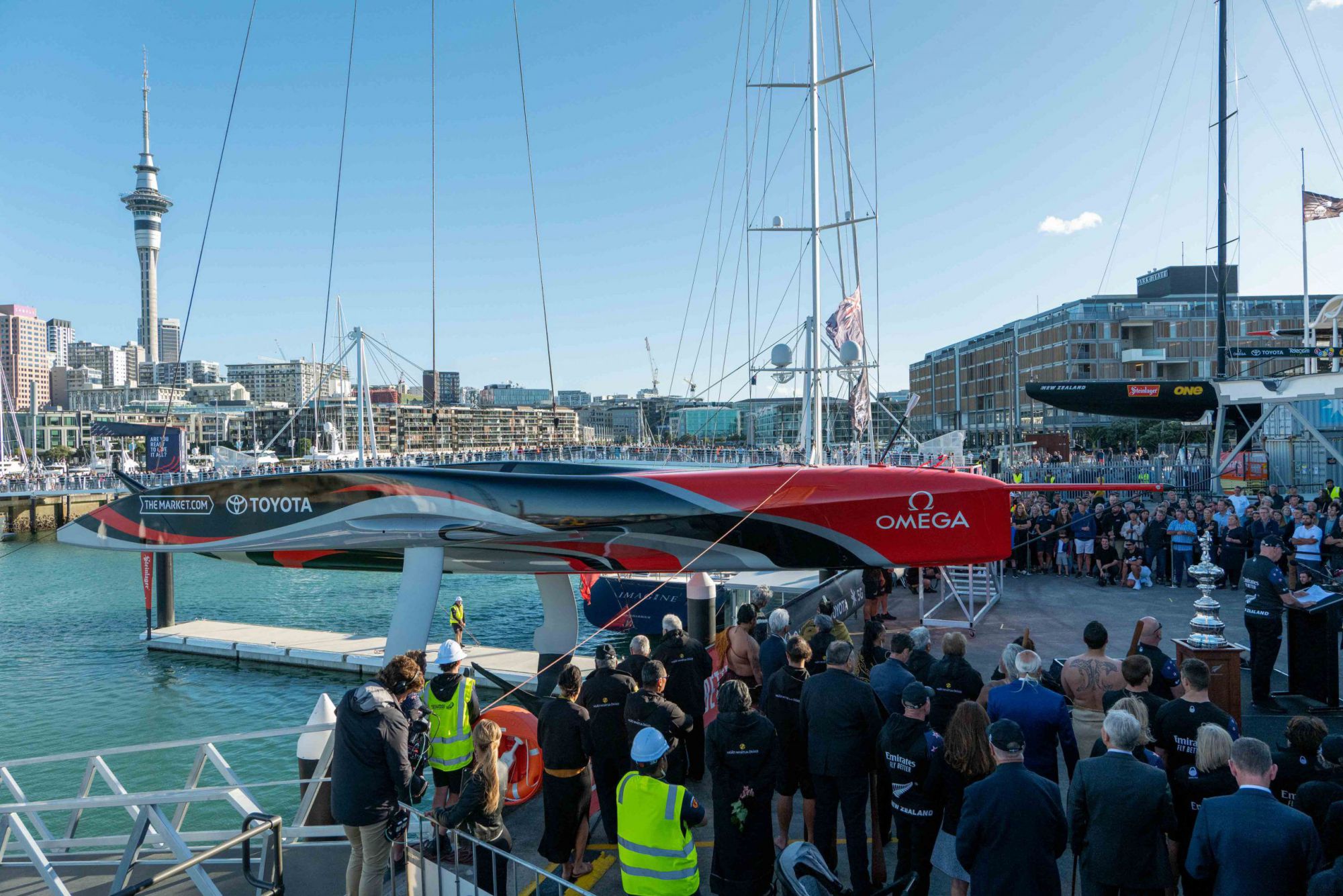 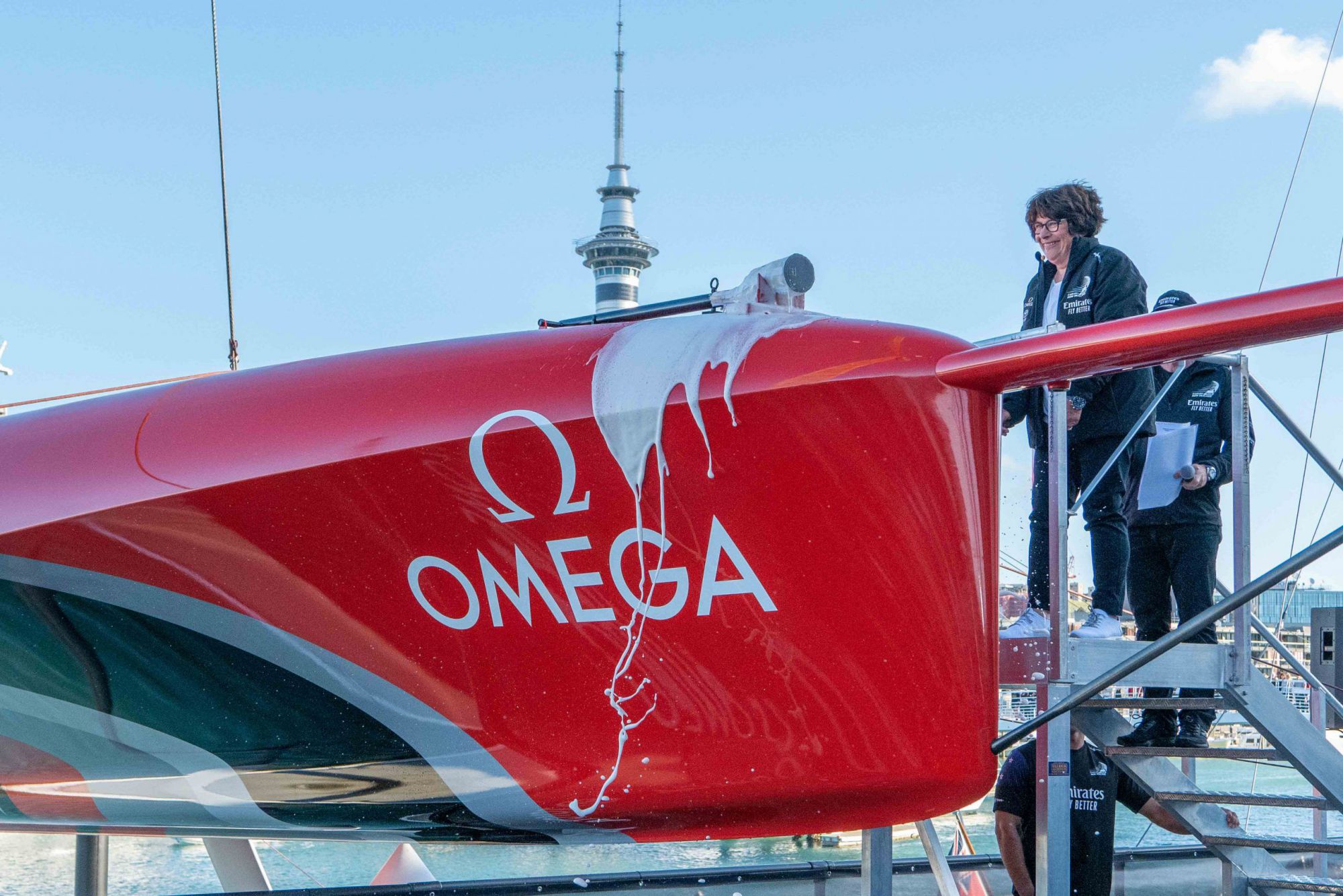 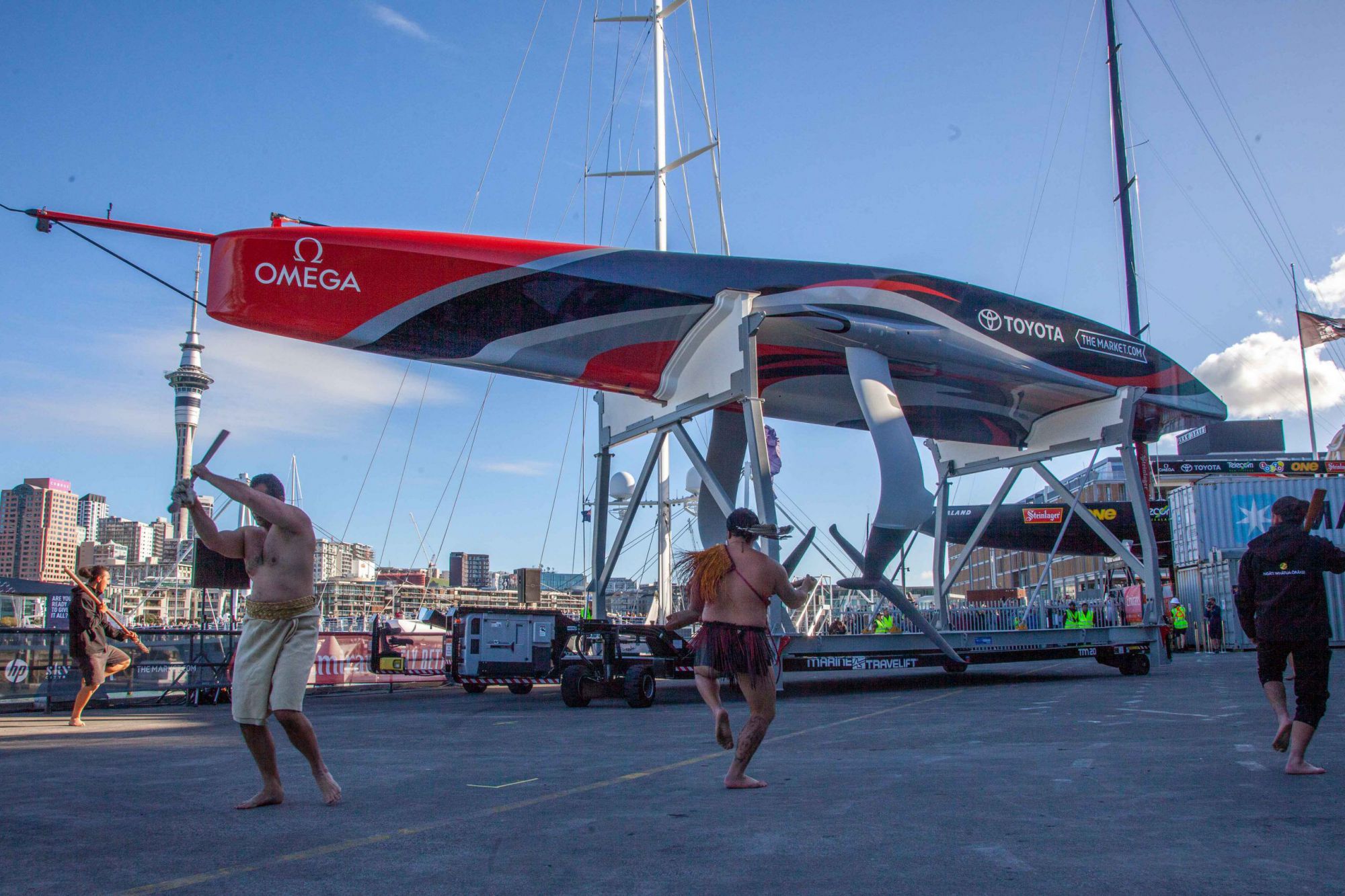 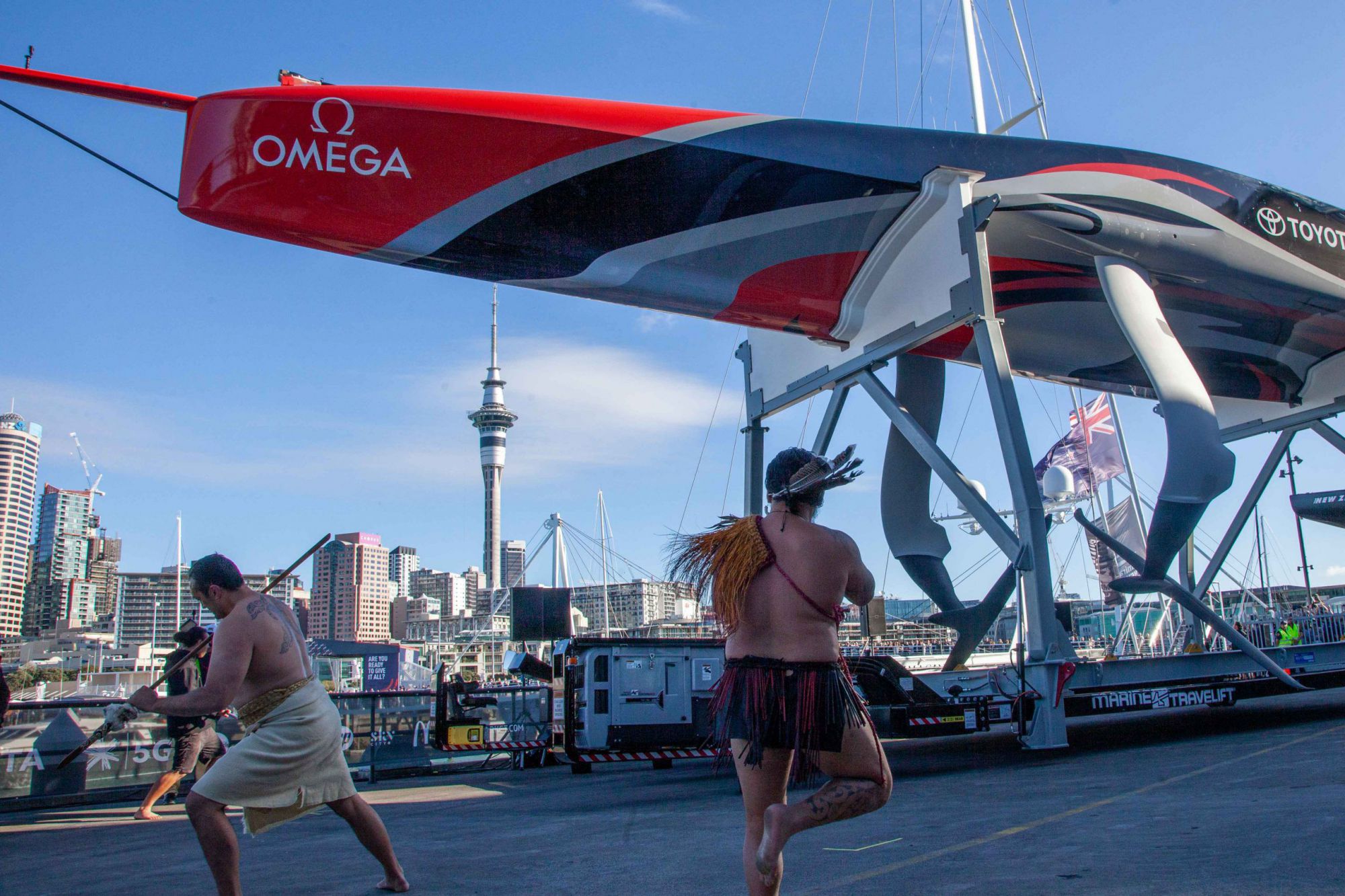 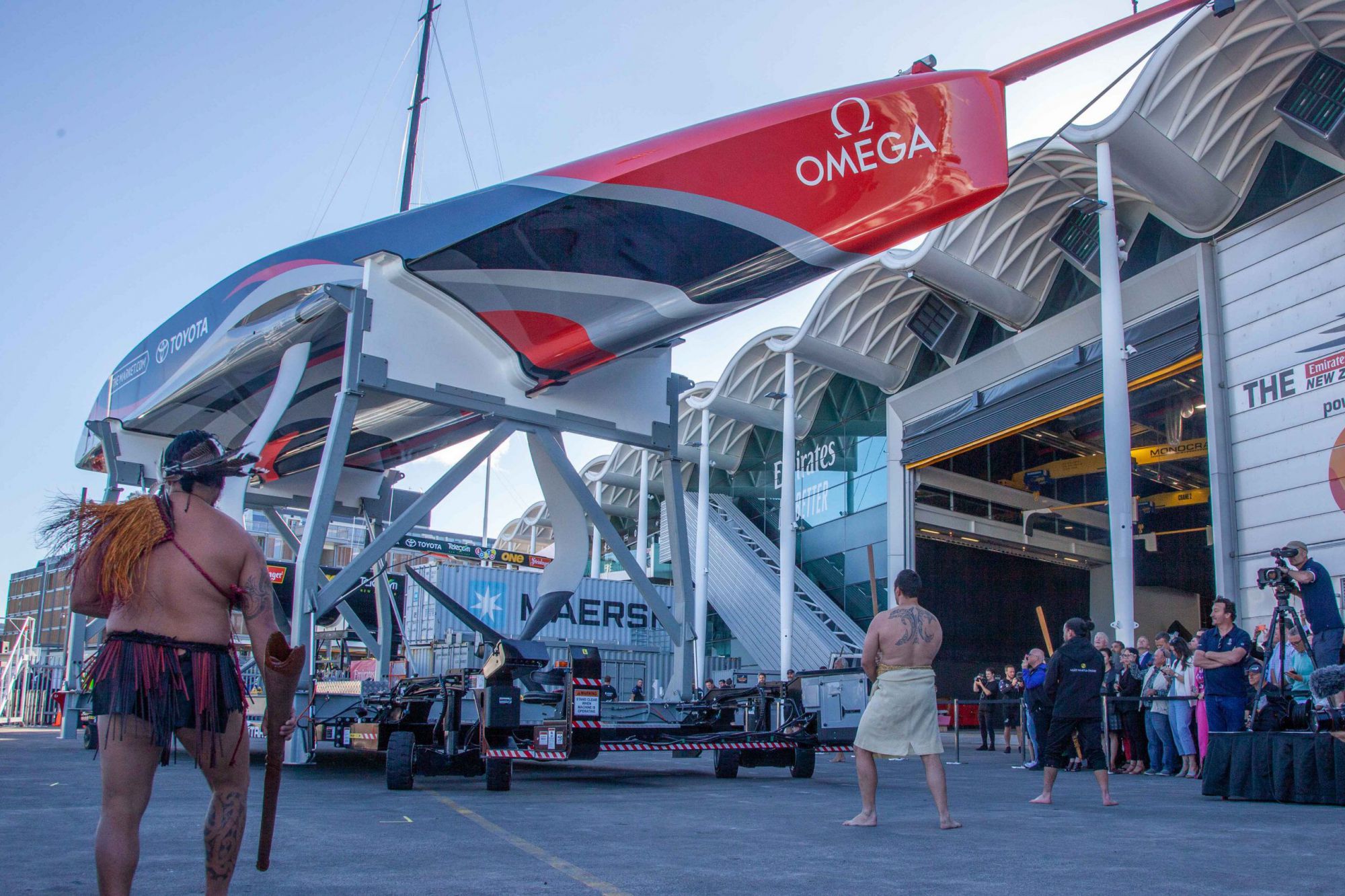 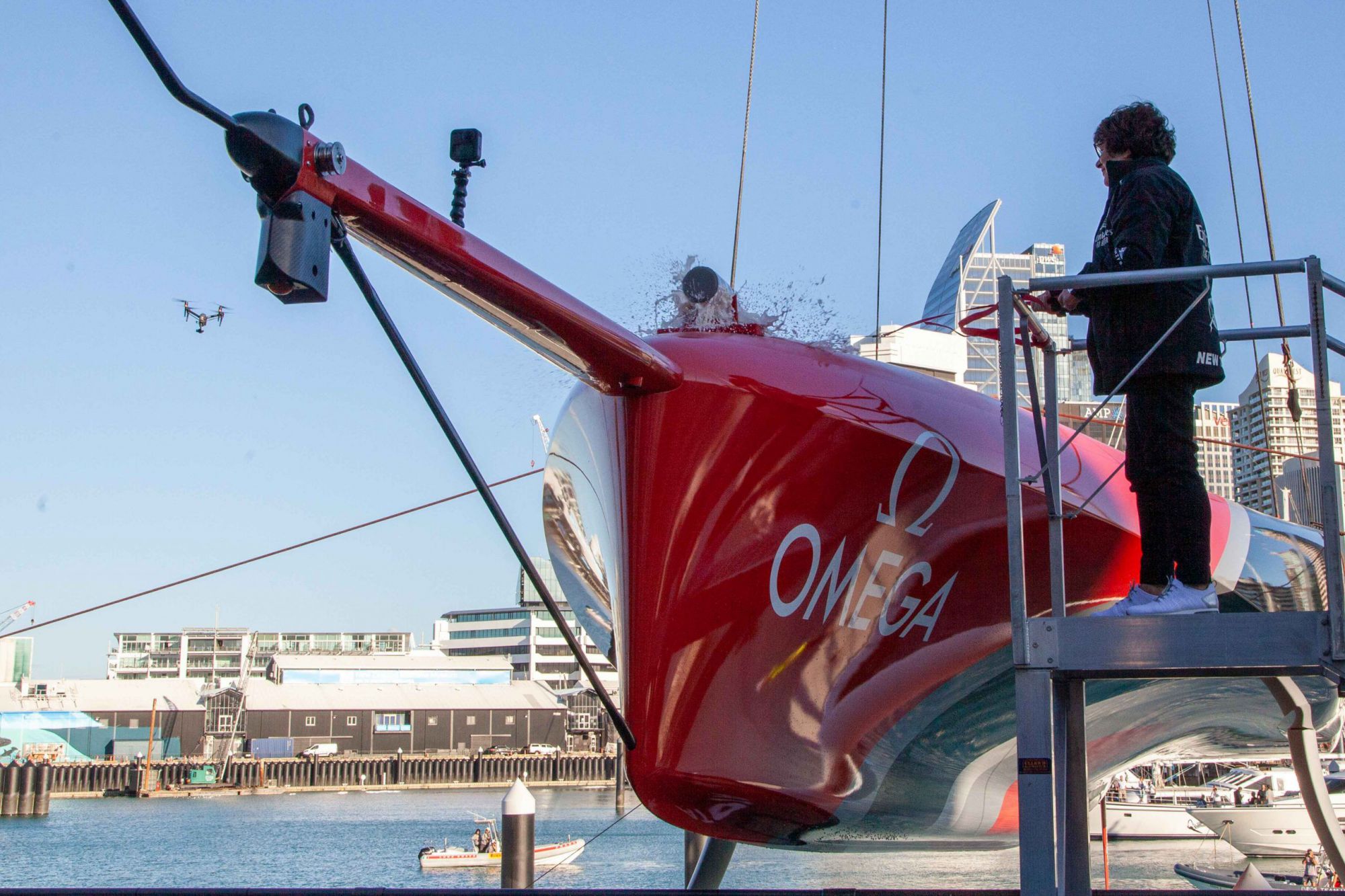 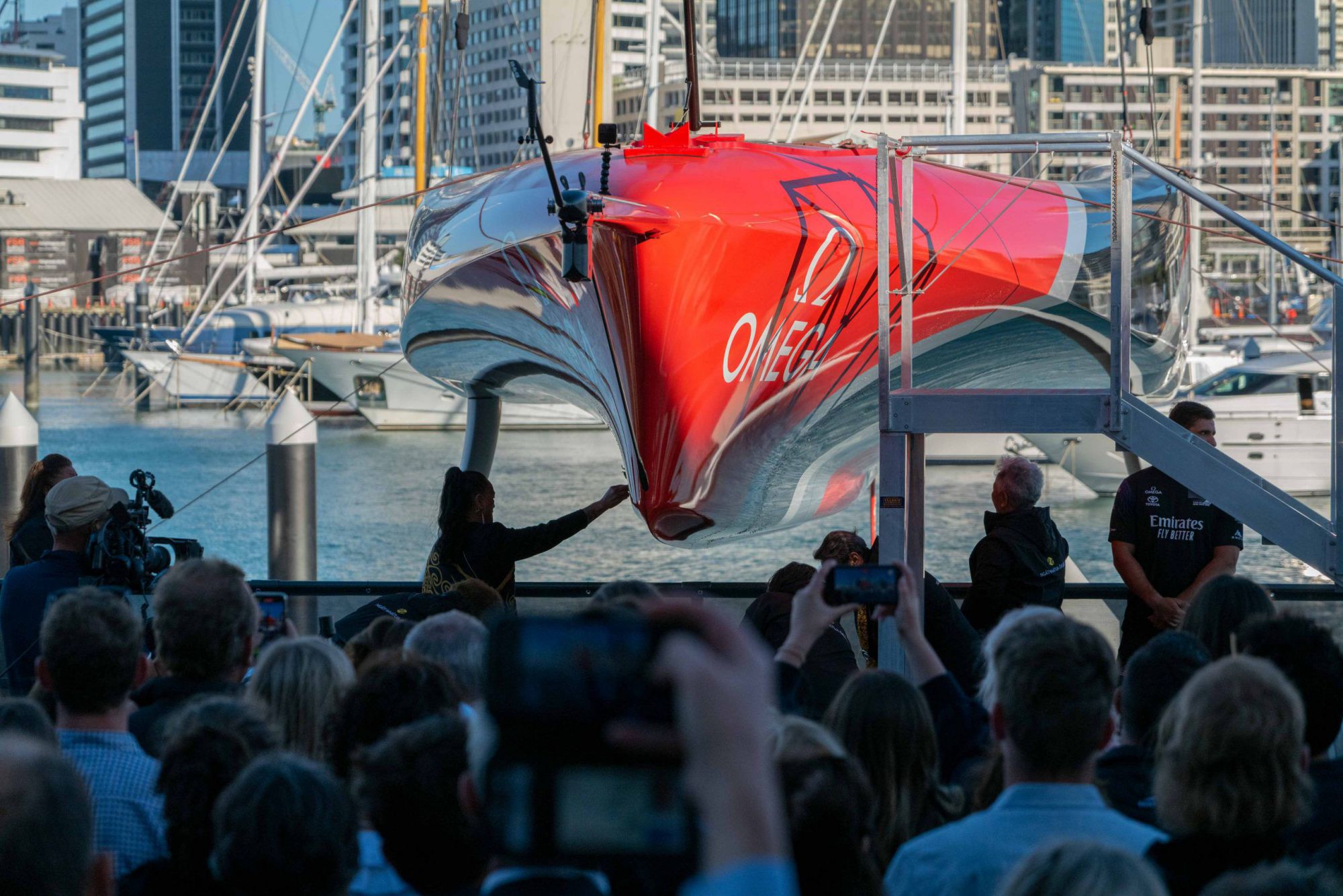 “These occasions are special because they give you a quick opportunity to take a moment and be proud of what has been achieved. But not by a long stretch is this the end, we still have a huge amount to achieve in the next four months if we are to win the America’s Cup again.”

The design and build of an America’s Cup boat is often one of the hidden mountains that need to be scaled in any cup campaign because of the necessary secrecy and confidentiality to protect the design IP at vital stages of a campaign.

Emirates Team New Zealand COO Kevin Shoebridge explains just how much of an effort has gone into getting Te Rehutai on the water. “We had our launch date for our race boat in the calendar for probably close to a year. So it really is a huge feat that we are here launching Te Rehutai today considering we lost five weeks of build time in the first COVID-19 lockdown.

That is an extraordinary effort, which we haven’t ever experienced before as a team. I can’t speak highly enough of the skill and determination that the team at our build facility have shown under exceptionally challenging circumstances for not only them but our suppliers, sponsors and everyone that has contributed. ”

Much is made of the tens of thousands of man hours of the design and construction that go into a boat of this complexity, but it is roughly the same for all of the teams. It is the intangible factors that are the differences that can decide an America’s Cup many months in the future.

Time will tell how important those intangibles will be.

There is plenty that is different looking at the overall shape of Te Rehutai. Not a traditional looking hull shape which points to the clear aerodynamic emphasis given to the design.

Dan Bernasconi, Head of Design, said: “We’ve been searching for the perfect balance between hydrodynamic and aerodynamic performance. An AC75 that was optimised purely to accelerate and take-off would look very different to one which was optimised for steady-flight – and that’s reflected in the huge variation we see between our Competitors’ yachts in the fleet.

Te Rehutai is designed to excel in both domains – the water and the air – and we’re confident she’ll be competitive across the range of wind-speeds we may see in the America’s Cup.

Across the team, Emirates Team New Zealand had to keep pushing the boundaries from everything that was learned testing with Te Aihe. There was always going to be a convergence of the design of the second generation of AC75’s so there is no room for complacency or being conservative.

However as Bernasconi explains there is an ongoing requirement to remain open minded and fluid in developments over the latter part of the campaign, “We have confidence in our designs, our build and our ideas. But in saying that we also need to be humble enough to realise that until we get out racing in one month’s time there isn’t much to say we are right and even then, we won’t have the full performance picture until 6 March. So we will be pushing our development as hard as possible to make sure we get as much speed and performance out of Te Rehutai as possible.”

The milestone that any launch signifies is the handover from the designers and the boat builders to the sailing team- the ultimate client.

An exciting occasion for the man that will take the wheel, Peter Burling.

“Getting a new toy is always exciting, but we are pretty much past the point of excitement already as the next 2 weeks are some of the most crucial for the campaign in terms of continuing our development and getting ready to race for the first time in a matter of weeks.”

The sailing team have been off water for close to 5 weeks now spending long hours in the gym, and even more hours in the shed helping prepare Te Rehutai for launch.

“The guys are eager to get out on the water again. The designers and boat builders have done their jobs, now it is time for the sailing team to do ours.
The pressure is on for sure, but that’s where we are most comfortable so we can’t wait to race.” said Burling.