Royal Huisman’s Project 404 took a major step forward in production with the turning of her impressive hull.

Royal Huisman has finally revealed details of their new 59.7-metre sailing yacht Project 404 which has until now been kept a closely-guarded secret.

After seven months, Royal Huisman’s Project 404 is ready to progress into the next phase of its construction, with the turning of its hull.

Built at the shipyard’s headquarters in Vollenhove, Project 404 was designed by Malcolm McKeon Yacht Design and built by Royal Huisman’s craftsmen.

French interior designers Studio Liaigre created her interior, which is currently under construction at the shipyard’s joinery hall. Once completed, the yacht will comprise a wealth of innovative systems and onboard amenities.

When glimpsed at the shipyard, the eye is immediately drawn to Project 404’s reversed bow and her sleek, powerful hull lines.

There is a huge transom opening which will give access to an expansive beach club. It is already possible to imagine the floods of daylight which will enter the interior through the array of large and extra-large portholes. 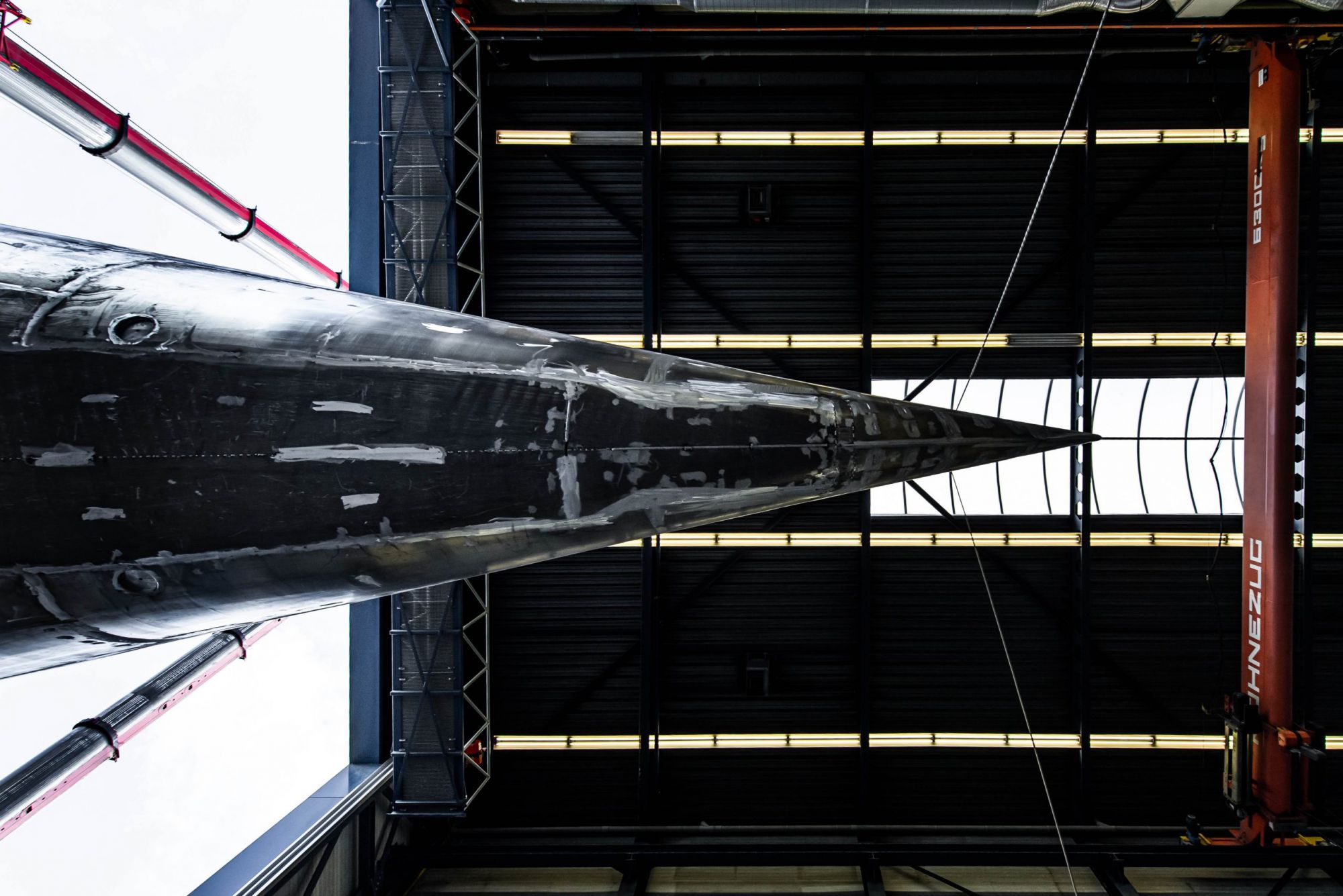 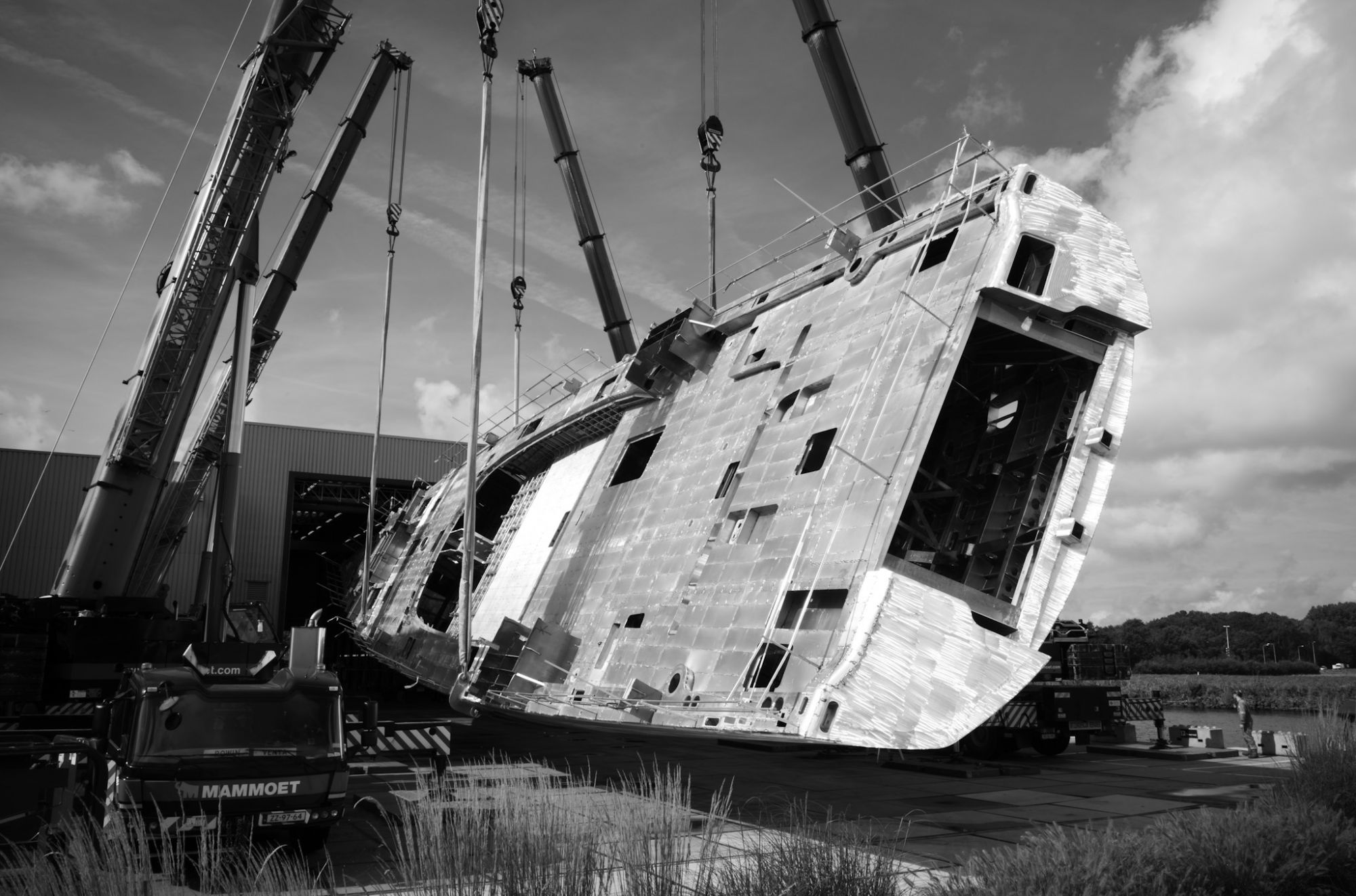 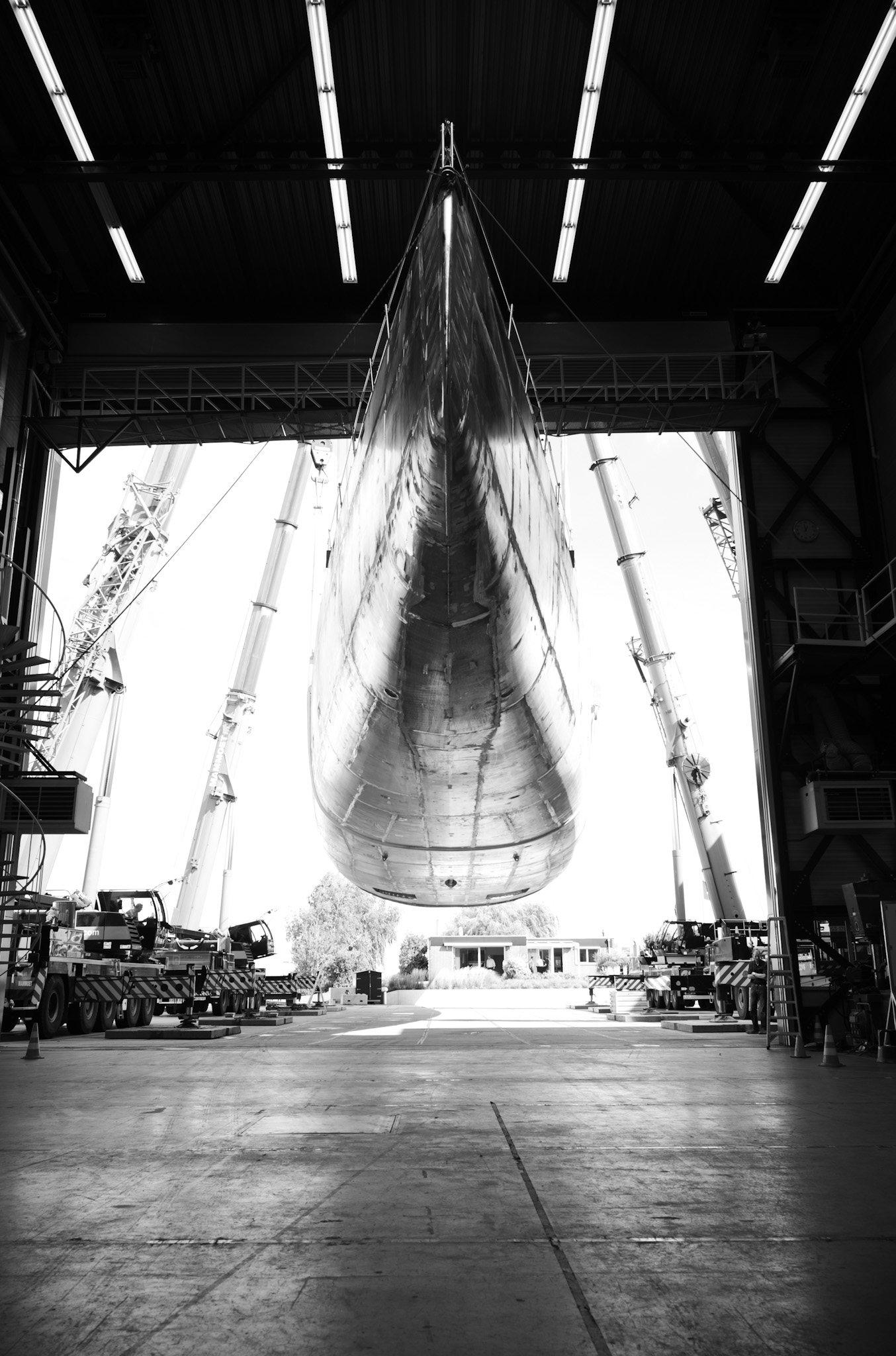 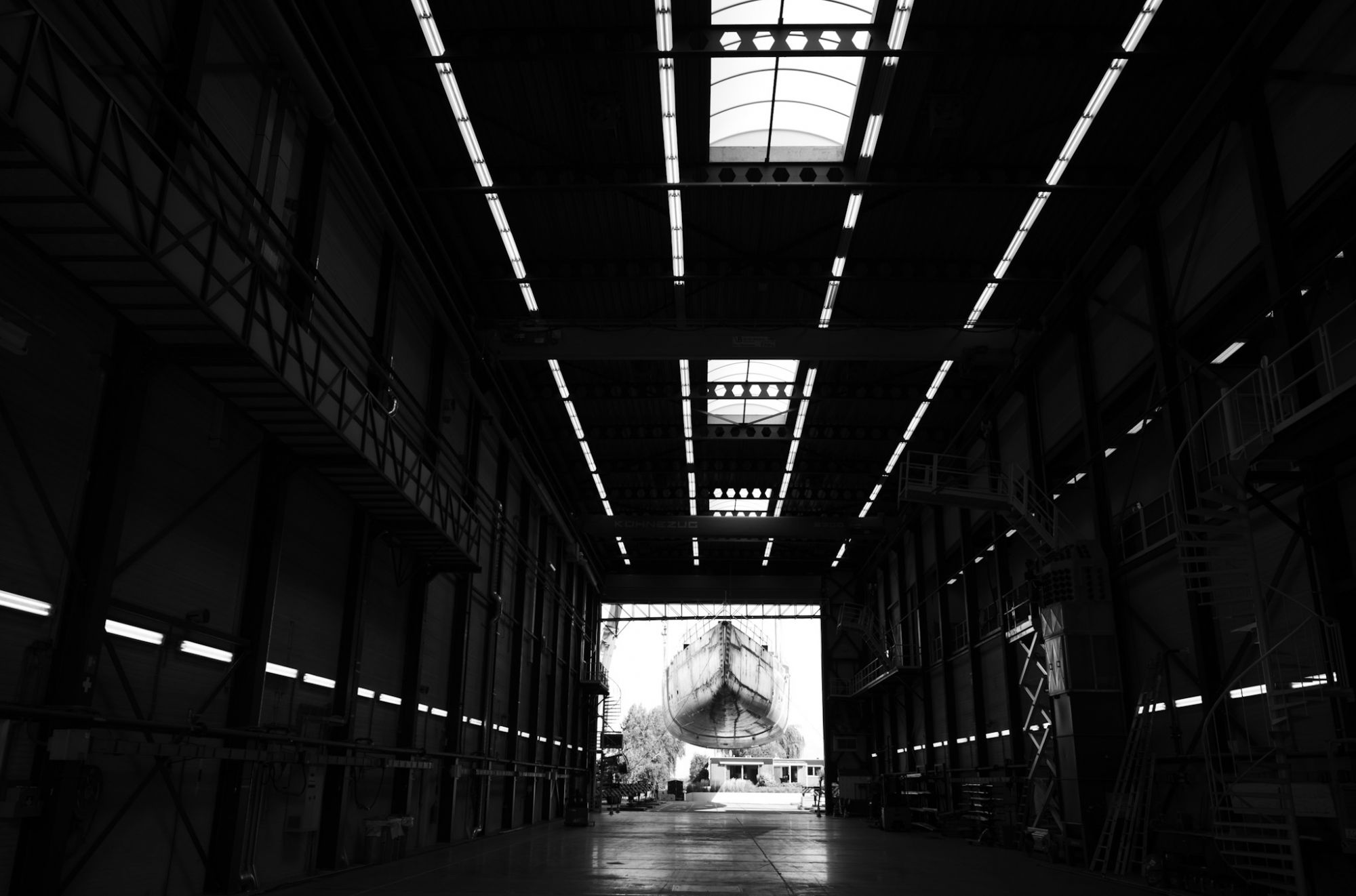 The smart midship lazarette gives access from both sides of the yacht, and includes storage for watersports equipment.

The contours of the carbon composite deckhouse, cockpit coamings and main sheet arch, all currently under construction ‘next door’, at the shipyard’s sister company Rondal.

Under the waterline are further innovations. To facilitate the yacht’s high-performance characteristics, Project 404 will have a lift keel, retractable propulsion, and twin carbon rudders. This will make the yacht a regatta regular, as well as set her up tom travel to long-range exploration destinations.

The assortment of cutouts in Project 404’s deck will soon be a full flush surface; its deck hatches appearing almost invisible at first glance. Practically unnoticed but all the more ingenious will be the large main tender hatch; an opening for sail storage on the underdeck reels, lockers for Rondal’s carbon electric winches, and space for state of the art deck equipment.

Malcolm McKeon comments: “The hull turning at Royal Huisman this week signifies a pivotal stage in her build and that this construction has remained on schedule, despite the worldwide pandemic, is testament to the yard’s strategic, meticulous approach and the incredible dedication of the entire team.”

Guillaume Rolland of Studio Liaigre adds: “The Liaigre team is extremely proud to be attending this very important milestone. We were able to appreciate from all angles and under daylight this 60-metre aluminium jewel.”

“We always aim to offer our clients the experience of being involved with the build: visiting the shipyard facility, viewing the work in progress, getting a feel of what the yacht will be like – possibly even in combination with a 1:1 mock-up of key areas. The past months were ‘different’, but we managed to accommodate client involvement, all the same.”

Images of the full design of this “no-compromise” performance sloop remain under embargo at this moment, but more updates can be expected towards her delivery in 2022.