Kingship Marine is aiming to use their established leadership in building superyachts and multihull ferries to build a power catamaran that can truly be termed a superyacht.

The rationale for this is very simple. A typical 40-metre monohull superyacht cruises at 20-plus knots and has a top sprint speed of 25 knots.

A similarly sized catamaran, built in aluminium to the very latest naval architectural designs, driven by waterjets and with half the engine power of the monohull, has a cruising speed and a top speed of over 30 knots (cruising speed and top speed are the same).

For an average four-hour day cruise, this means that passage speed is almost doubled; time at destination is doubled; and transit time, power, and fuel consumption are halved.

Consider this: from Monte Carlo to Cannes is only 15 nautical miles – that’s the cruising equivalent of motoring from Hong Kong’s Aberdeen Harbour to Po Toi for lunch, or from Phuket Yacht Haven to Ao Po Marina. 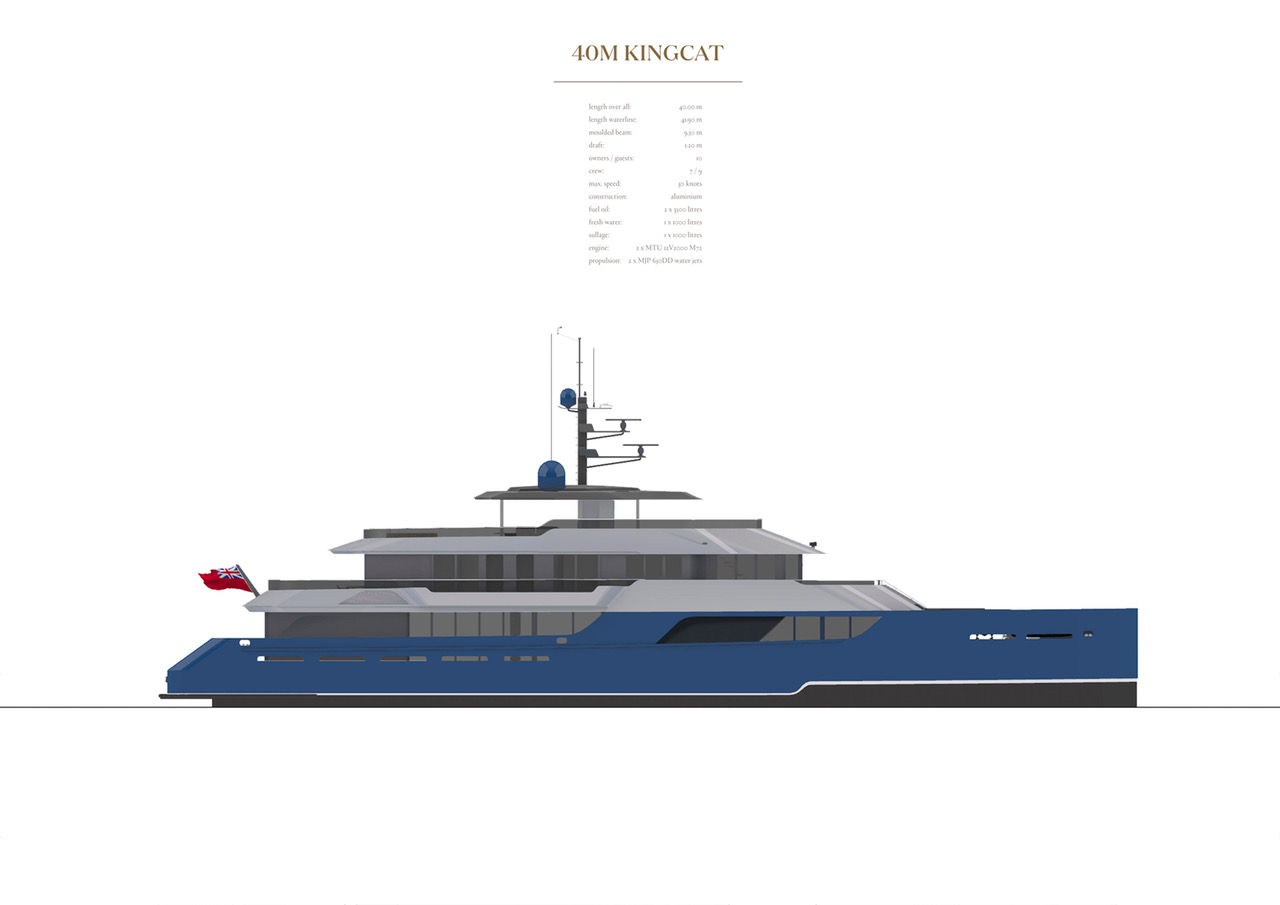 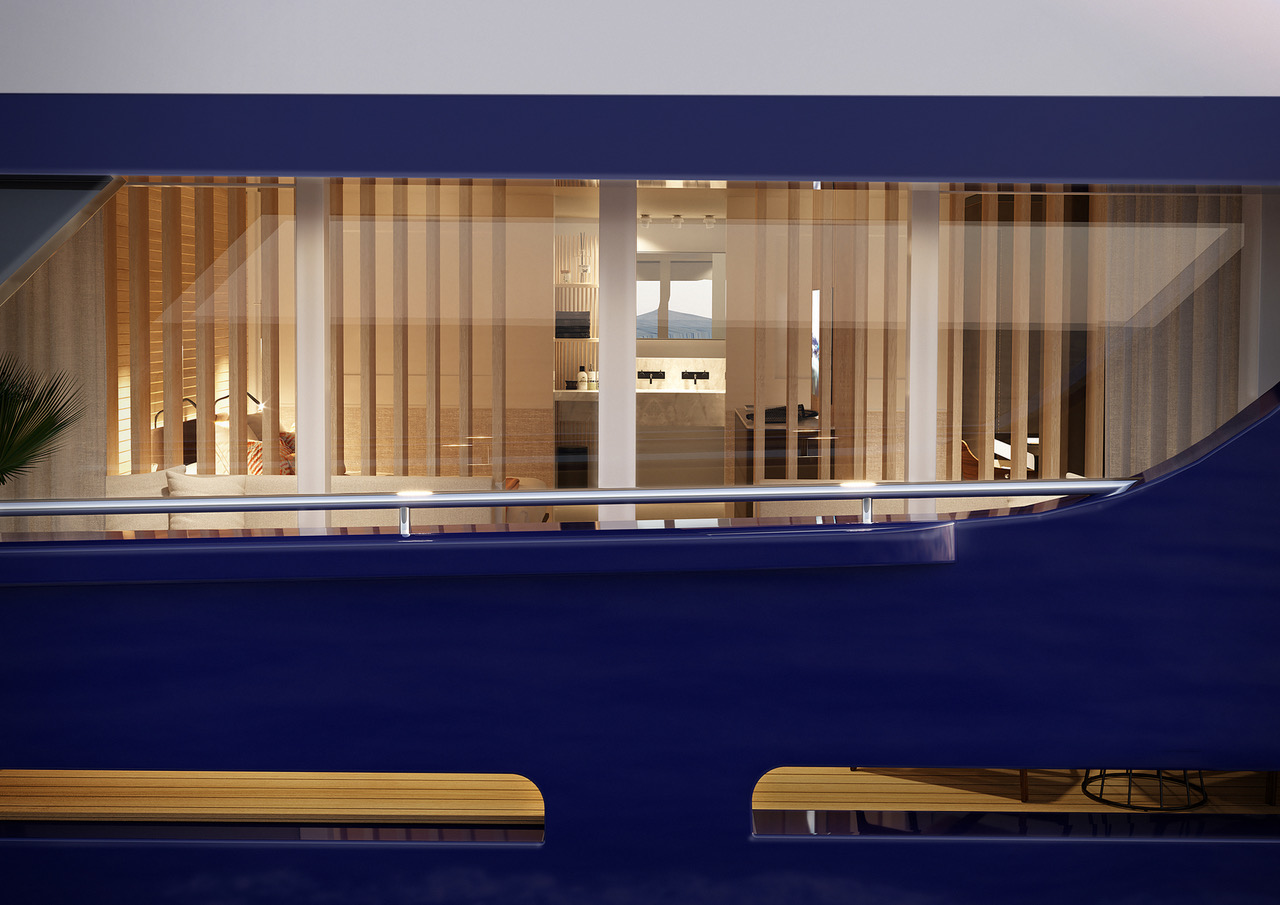 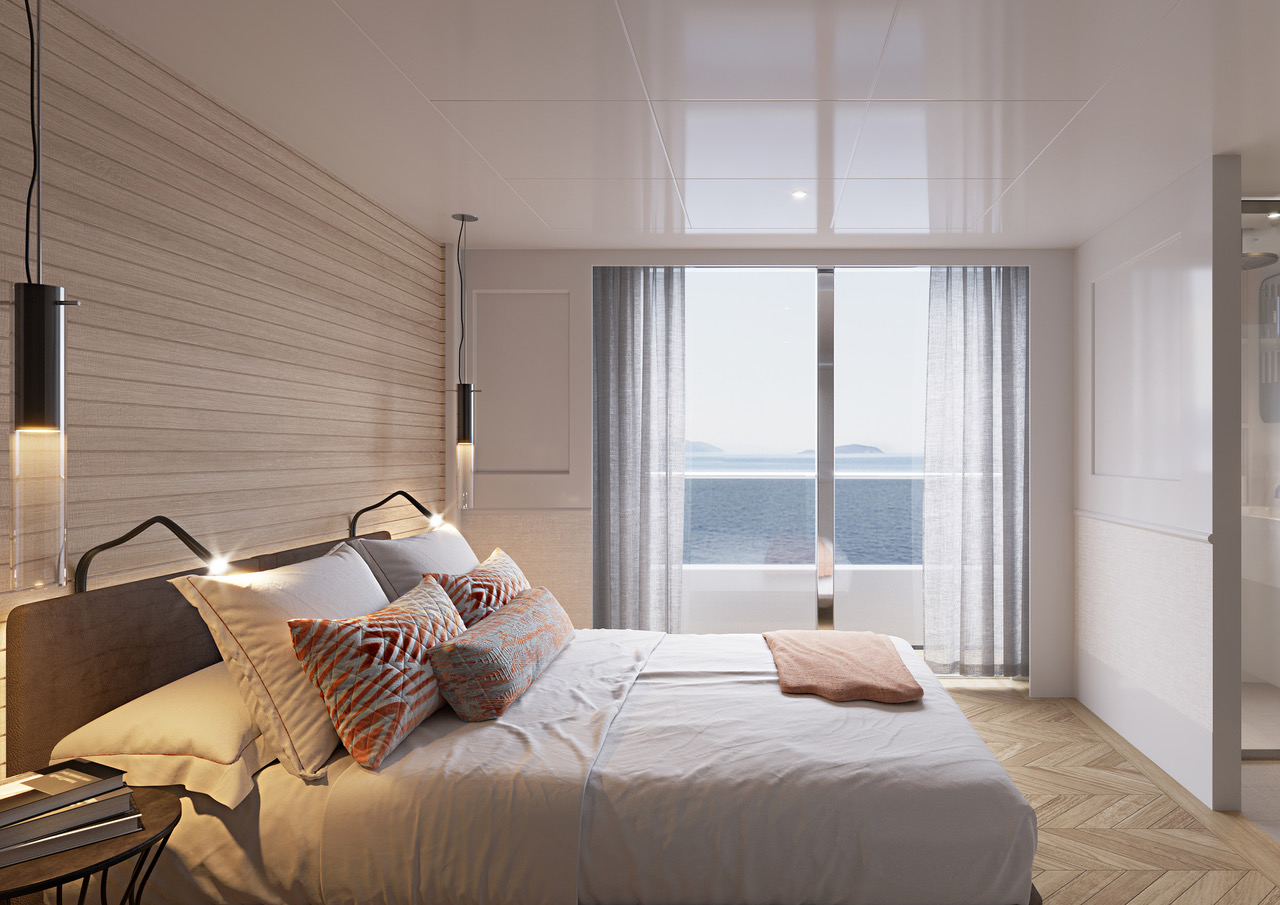 In the Mediterranean, distances between ports and marinas are small, so you can repeat the afternoon excursion trick almost endlessly.

Distances between stops are a little longer in the Caribbean. To cruise Asia, however, involves real mileage, and for that, you need speed and efficiency. Enter the high-speed catamaran superyacht.

In Roger Liang’s words, “Kingship Marine is exceptionally skilled at producing high-quality aluminium superyachts, but we have also been building commercial catamarans for many years – the technology that goes into the latter is extremely advanced.”

Design and development have been on a continuous curve in this part of the world for the past couple of decades, particularly because you cannot operate ferries once they are twenty-five years old.

Quietly, there has been a constant development and improvement in design, technology and efficiency over the last quarter-century. Fast, modern, aluminium catamarans have replaced the obsolete floating stock in recent decades, and Kingship have been right at the forefront of the development.

A multihull superyacht is faster, more efficient, more reliable, more environmentally friendly, more user friendly, and less expensive to build and run than a monohull of the same size – and it is very easy to prove it with numbers.

Thanks to efficient design, the KingCat 40 will boast two 1300hp MTU engines driving waterjets that will power this 130-foot catamaran up to a cruising speed of 31 knots. 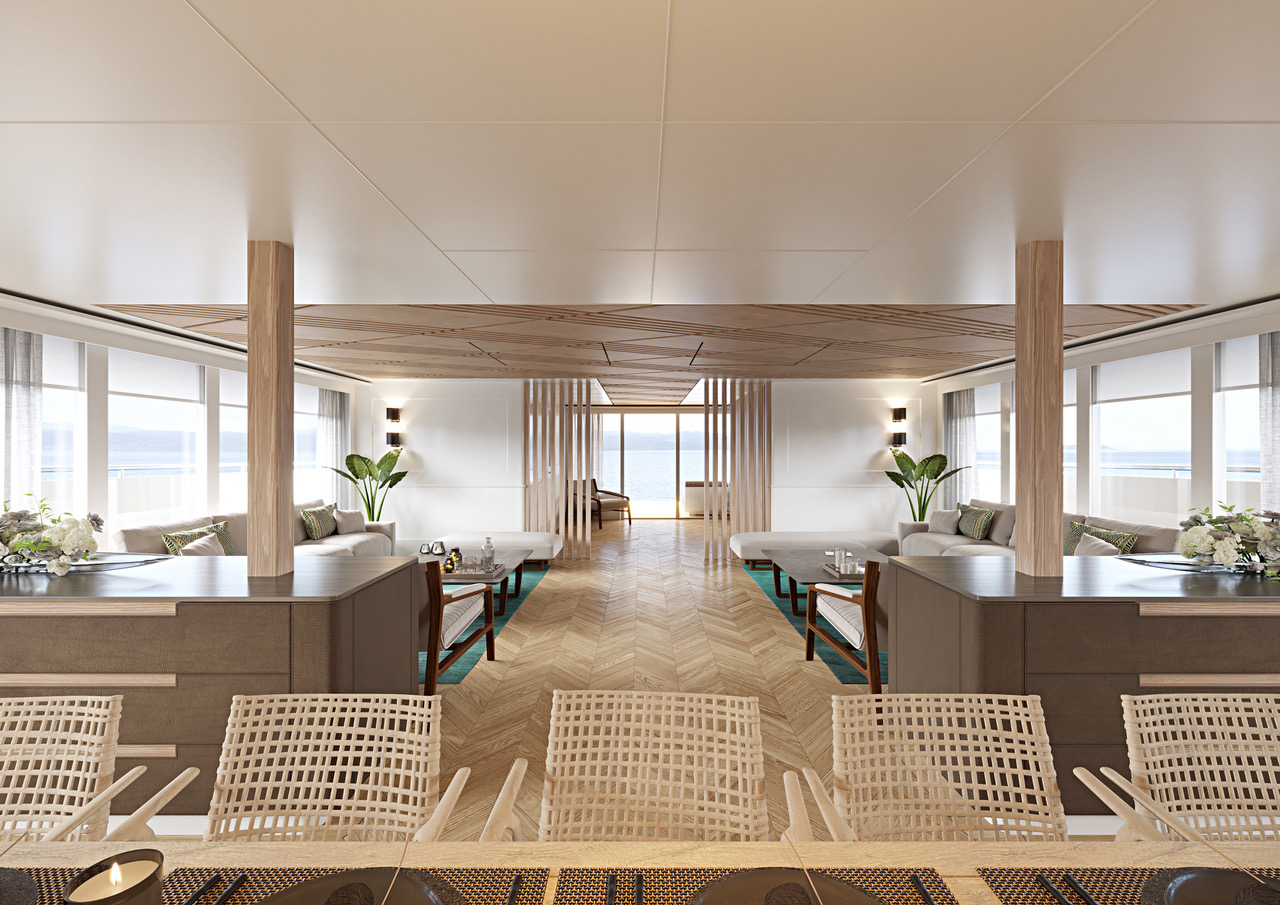 In the context of superyachts, it’s not just about the engines. Superyachts have to offer luxurious comfort, speed, range, stability and space. Much of what you need to provide on a superyacht to achieve this is heavy and needs very big engines to move it around. These engines can cost more than a third of the yacht’s overall price, and will guzzle a great deal of the yacht’s running costs, but that isn’t what Kingship are up to.

Old hands at the superyacht game, Kingship have called in some top names to lead the design. For the naval architecture, they have retained Incat Crowther, who have designed more task-specific multihull designs than anyone else, anywhere. And, as this is not an oil-field work-boat, but a svelte and sexy superyacht, they have appointed the designers at Vripack, the people behind some of the best ideas in cruising superyachts anywhere in the world.

This 40-metre KingCat is almost the same width across two hulls as a same-length monohull, and has an equivalent or higher tonnage, yet goes faster at cruising speed, and faster at top lick, with a third to a half smaller engines and fuel consumption.

That’s a huge difference, and quite an advantage.

Liang is looking to the future. While boating is still pretty much in its infancy in Asia, with the broad exception of sailing in Hong Kong, this is not for lack of opportunity – Asia presents some of the most glorious cruising grounds anywhere in the world.

The immense archipelago that is Indonesia could occupy a serious superyacht cruiser for a lifetime, and even tiny Hong Kong offers a world-class marine experience in a pocket-sized space. And that’s before eyeing the snowy white atolls and the green, green islands of the Pacific.

Kingship wants to take you there. In a SuperCat.