Silent-Yachts first solar-powered Silent 79 catamaran is under construction in Italy.

Silent-Yachts, Austria-based producer of oceangoing solar-powered catamarans, is making a big leap in size introducing its largest model to date. The Silent 79 is now under construction at a shipyard in Marotta, near the Italian shipbuilding capital Ancona. Three units are under construction, two have already been sold, and the first unit is to be launched in 2020.

Michael Köhler, Silent-Yachts Founder and CEO, has created the Silent 79 concept, while Enrique Castilla of Insenaval is responsible for naval architecture. Marco Casali of Too Design was commissioned to design the exterior and interior of the new yacht.

“I think, solar-electric boats are the future that is why I immediately agreed to work with Michael Köhler on his exciting venture,” said designer Marco Casali.

“Solar power is about square metres, so we need to dedicate as much surface to the solar panels as possible, while keeping the overall balance in shape. In my opinion, we managed that with the Silent 79. What I tried to achieve is an interesting Italian design, sophisticated and refined. This is a nice-looking yacht that meets efficiency.” 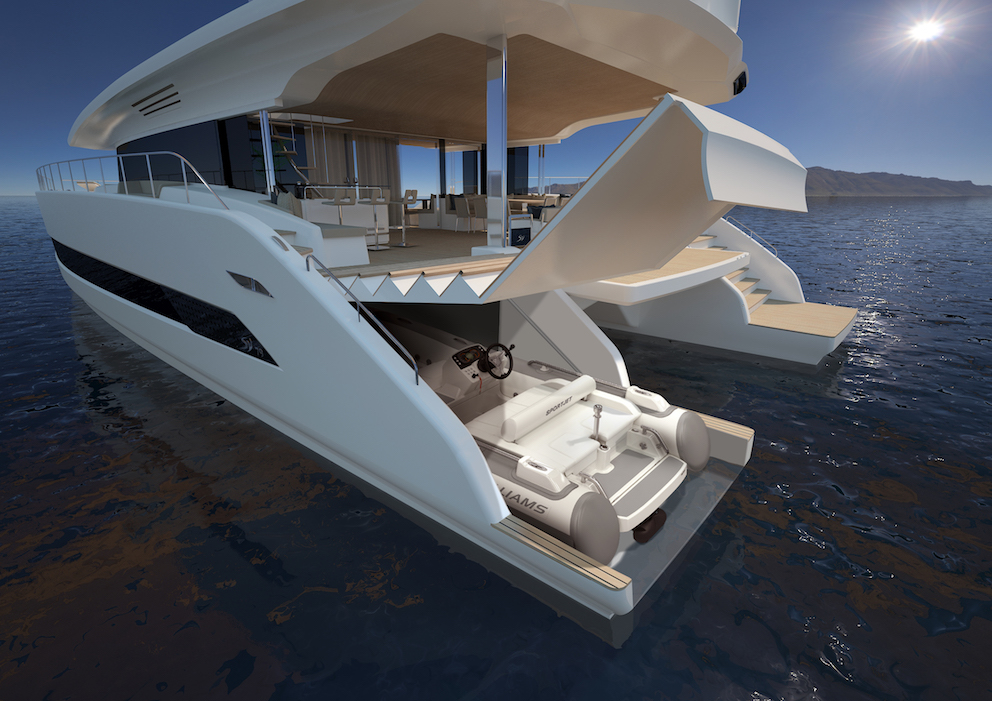 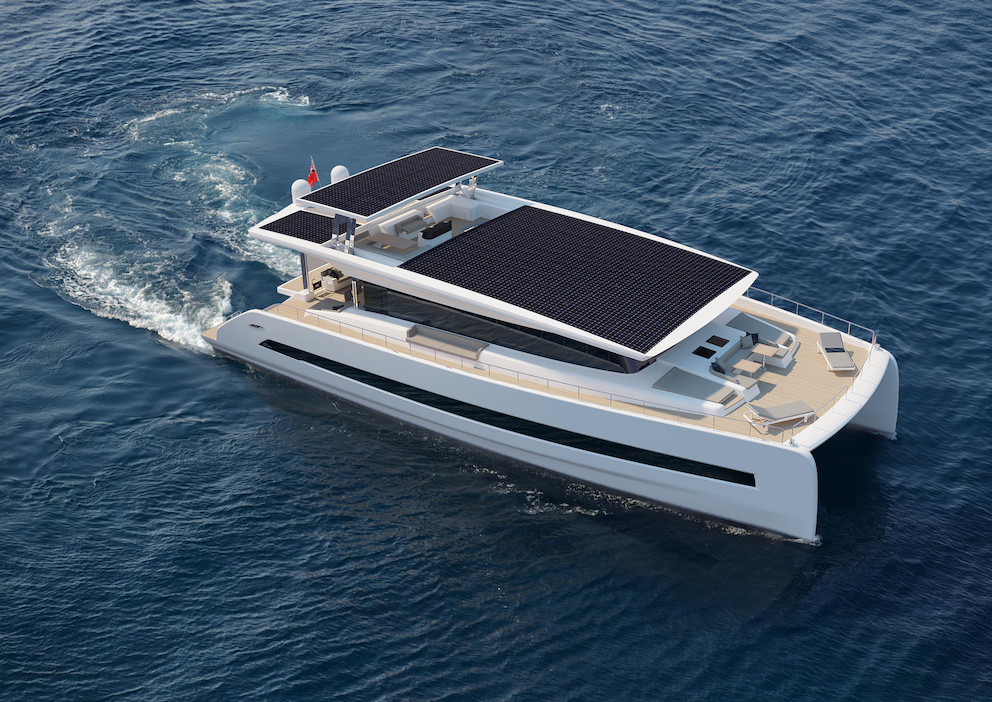 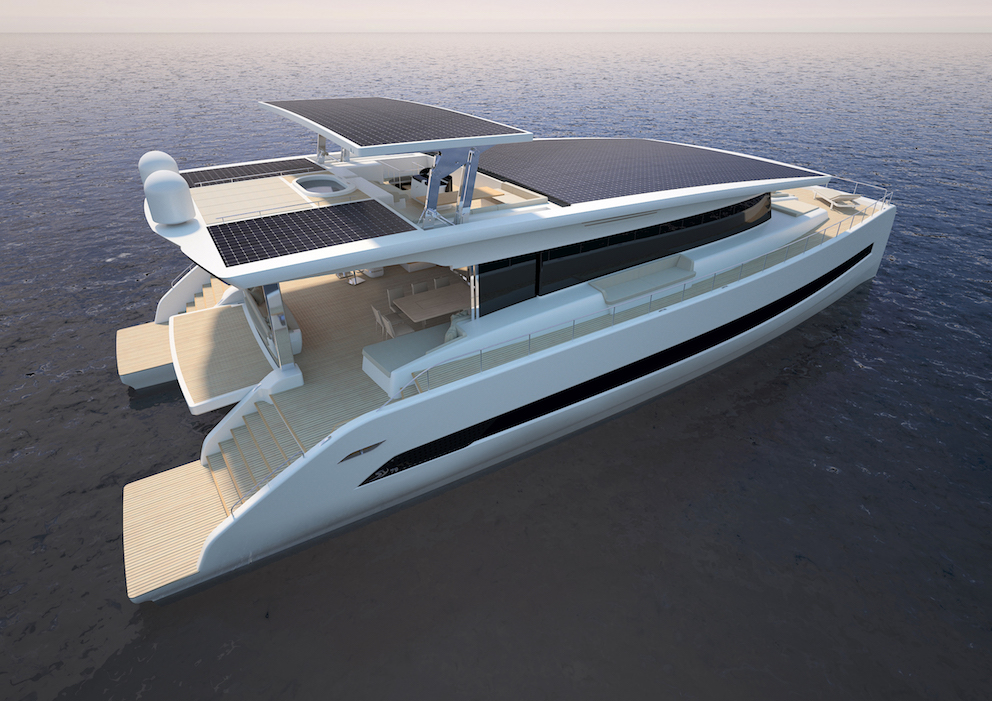 Carrying solar panels, the flybridge adds sportiness to the look thanks to horizontal air grills, inspired by supercars but with eco appeal. Both aft and forward outside spaces are spacious to host large, yet intimate, social areas. The cockpit in the aft has a lounge and a bar, while the front area is perfect for chilling under the sun, as it is equipped with a sea-facing sofa and sunpads.

The new yacht is built using vacuum-bagged resin infusion to create a lightweight glass-sandwich composite construction that has sound- and temperature-insulating qualities.

Like the Silent 55, the new Silent 79 is an oceangoing solar-electric catamaran that uses silent electric propulsion for unlimited range without noise or fumes and minimal vibration, she is self-sufficient and virtually maintenance-free.

The catamaran is fitted with a pair of electric engines (50 kW each in standard “Cruiser” version, 250 kW each in “E-Power” version) and common shafts. In the most powerful version, the Silent 79 can reach up to 20 knots. However, it offers total autonomy with no fuel, fumes, exhausts or noise.