Oceanco claims its new 90-metre motoryacht, Y717, with its modern revolutionary exterior styling by DeBasto Design and sophisticated interior design by Nuvolari Lenard, is unlike any other superyacht afloat today.

She reflects the latest advances in glass technology and she is the first yacht in the Netherlands to be given the official Lloyd’s Register Integrated Bridge System (IBS) notation and designation.

Y717 features a superstructure completely finished in reflective glass. From the interior, the glass yields panoramic floor-to-ceiling views aft, port and starboard. Her design was conceived to maximize opportunities for outdoor living and to have direct contact with the marine environment.

While the yacht yields a massive amount of volume, DeBasto has ensured that the profile remains long, sporty and lean without a top- heavy superstructure that characterizes so many very large superyachts. 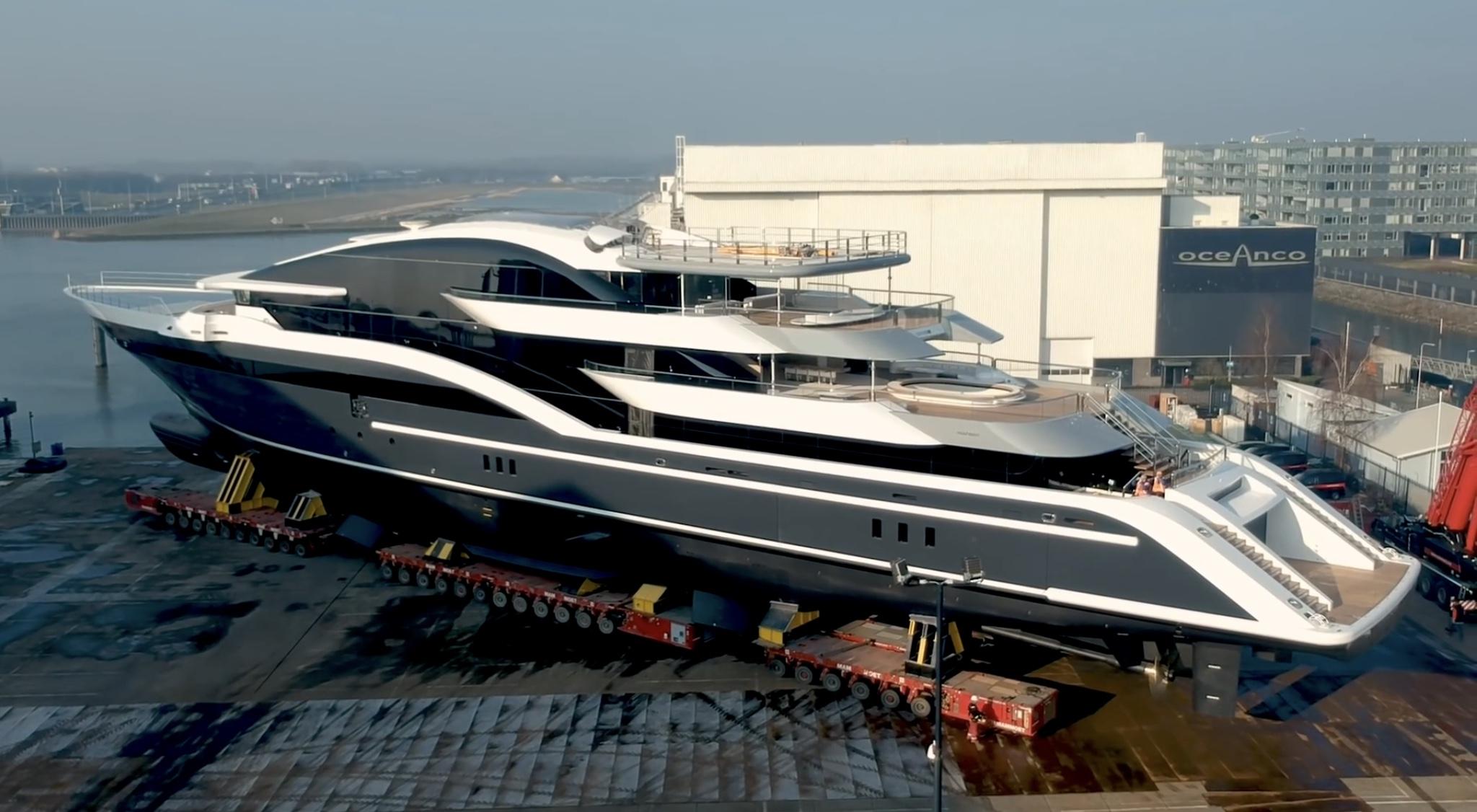 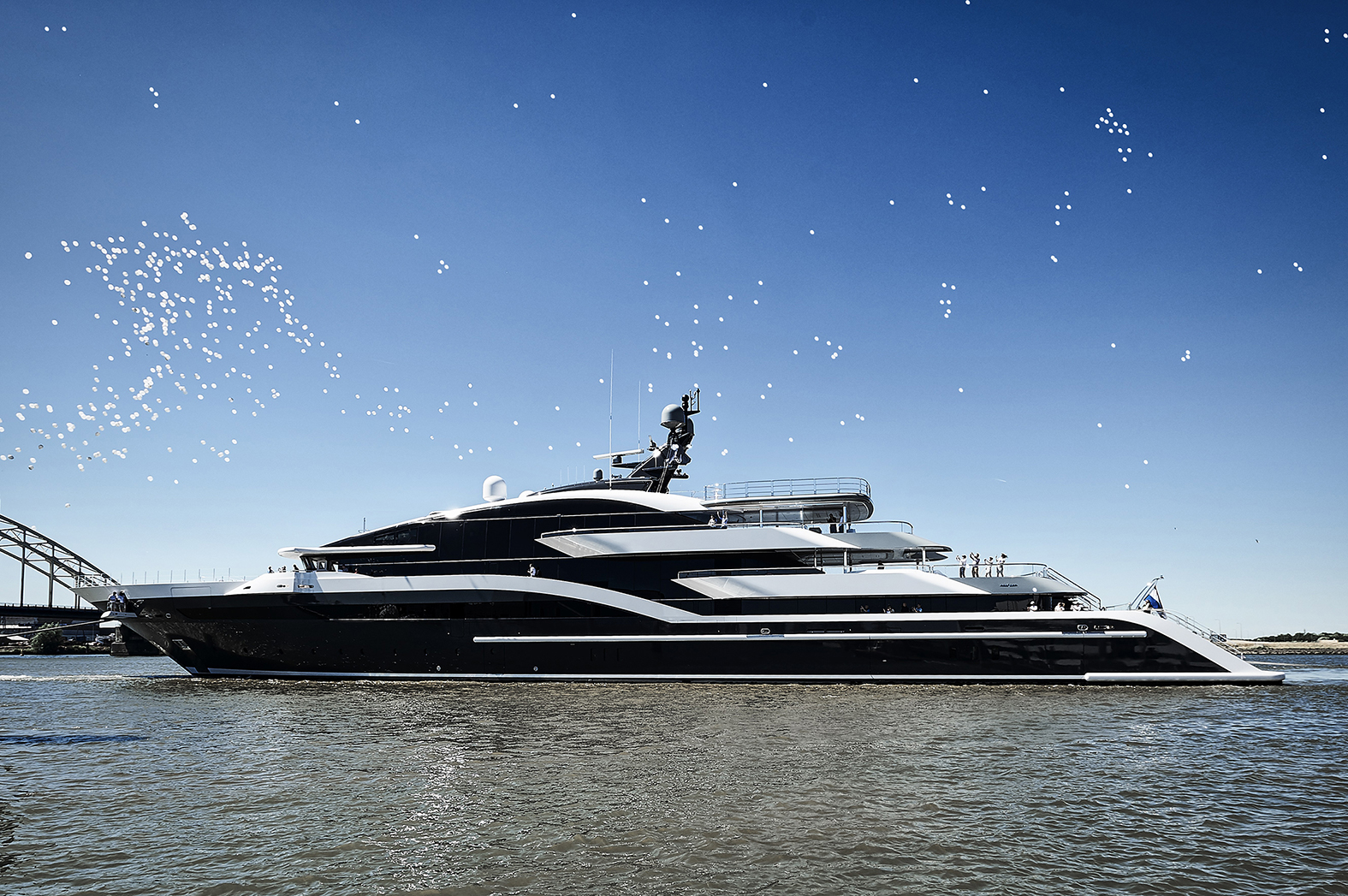 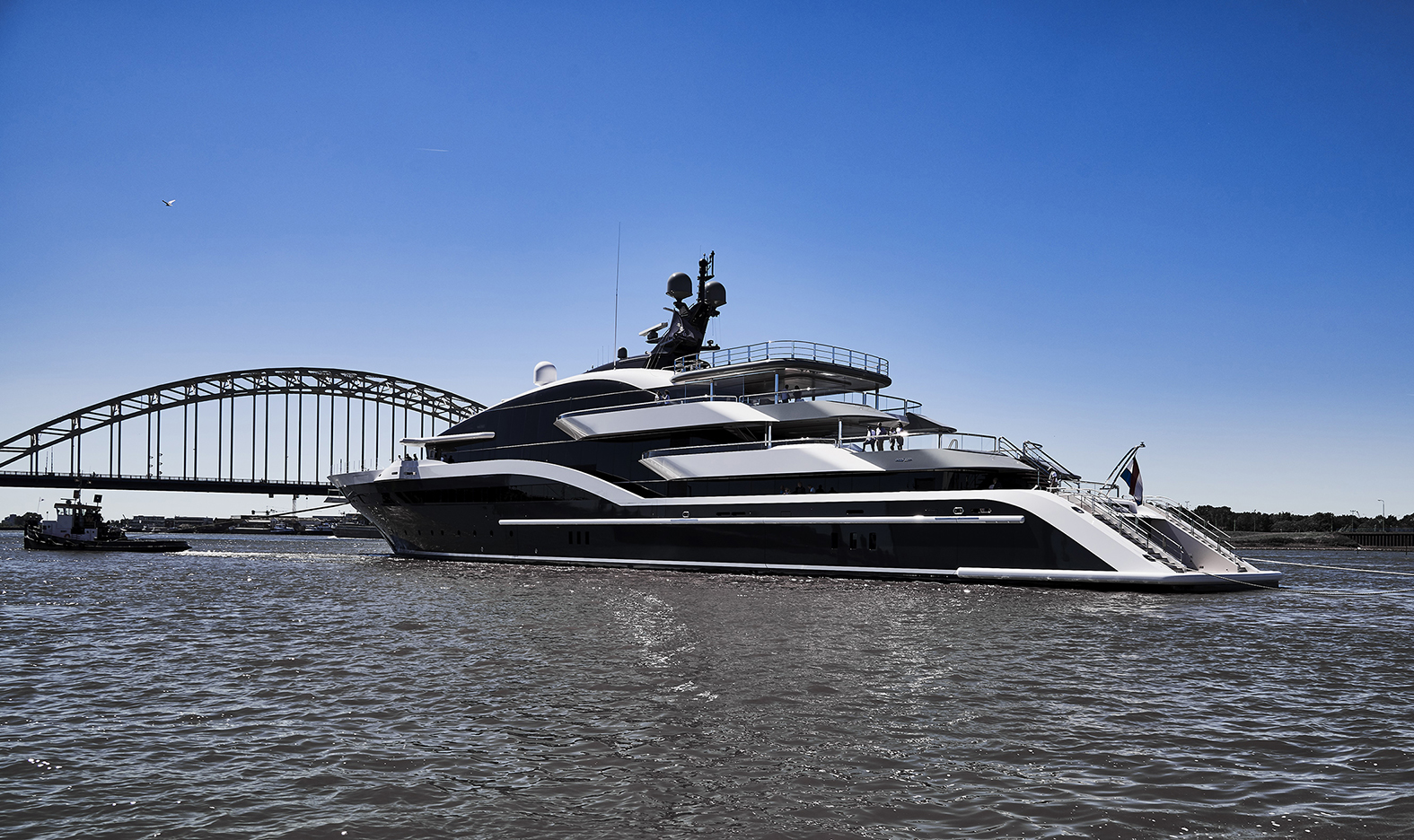 The entire upper deck is dedicated to owners and as such has been specifically designed without walkaround passages to ensure complete privacy. Alternatively, the owners have access to the outside via private balconies, which flood the interior space with light and offer incredible views. The owners also have access to their own private forward- facing Jacuzzi.

Y717 was dubbed ‘Project Shark’, as the wing stations when viewed from above, bear a distinct resemblance to a hammerhead shark, while the mast in profile is shaped like a fin, contrasting with the flowing rhythm of the hull below.

“The profile has a unique sense of contrast and homogeneity between the dark glass and the white balconies, providing a constant exchange in shape and lines between the two elements,” says Luiz DeBasto. “My initial drawings may have looked like a futuristic concept, yet she is now a very real yacht on account of the execution made possible by the advanced technology of the Oceanco engineering team and by the vision of her experienced owner and his team.”

The interior was designed in concert with the exterior concept. According to Nuvolari Lenard, the owners stipulated no dark timbers preferring the delicate and sophisticated use of alternative materials and finishes such as fine fabrics, wallpaper, 3D lacquer and lots of upholstery. The interior woods include different shades of sycamore fiddleback, small details in tinted Brazilian carballo wood, and the copious use of maple bleached gray. Other accents include bas-reliefs; metallic surfaces and 3D cut leather panels.

“The main theme is nature, starting from blossom cascades, and moving to feathers, fish, waves and so on,” says Valentina Zannier, chief interior designer and junior partner at Nuvolari Lenard.

“It is all nicely integrated in a fluent feeling that would make every guest feel very comfortable in any room, any time of the day. The richness is almost invisible because it’s expressed by the quality of the details and the tasteful combination of complete bespoke finishes.”

Sharks play a vital role in the ecosystem of the world’s oceans keeping other marine life in a healthy balance. Similarly, Oceanco’s Project Shark is sure to play a significant role in future yachting designs of tomorrow.