Inmarsat has revealed plans to triple the number of satellites servicing its flagship Ka-band Global Xpress (GX) network by 2023 to meet rapidly increasing user demand for data across the globe, including the Arctic region.

Inmarsat’s GX fleet is currently composed of four satellites (GX1-4). The initial launches, the first of which is scheduled for this year, will see it augmented by three GX payloads (GX5, GX6A and GX6B) by 2021.

A further three satellites (GX7-9) will launch by the end of 2023, while two more (GX10A and GX10B) are due for launch in 2022 to provide unprecedented coverage of the Arctic region. 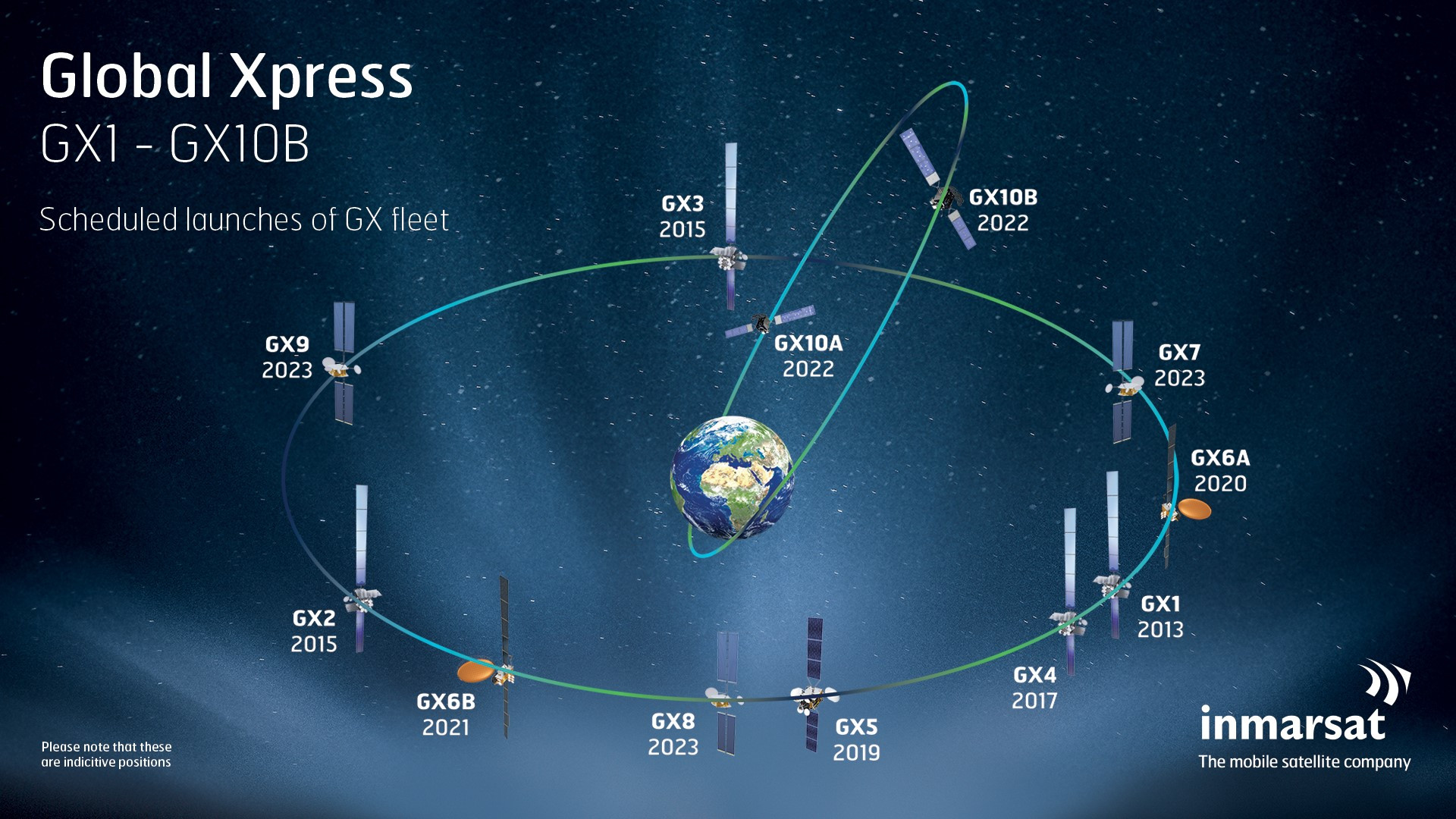 The launches represent a huge leap in total network capacity, far beyond the level suggested by the number of satellites. GX5, GX6A and GX6B concentrate on increasing capacity in high-traffic areas, with GX5 servicing growing demand in the EMEA region.

GX6A and GX6B feature both L-band and Ka-band payloads, adding depth to the GX service while supporting a new generation of capabilities for the 5G era, from advanced global safety and very low-cost mobile services to high-definition streaming.

But it is the GX7, GX8 and GX9 satellites which represent the biggest step for Fleet Xpress. Constructed and launched in less than two years, each satellite will deliver approximately twice the capacity of the current GX network.

This astounding leap in technology is achieved through “dynamic beamforming”, a technique by which the satellite can create thousands of independent beams of different sizes, bandwidth and power, each of which can be repositioned across the globe in real time to track demand.

This remarkable technology allows the available bandwidth to be intelligently allocated to each user as required and, importantly for existing customers, is fully backwards-compatible with existing terminals.

Conquering the Arctic All of Inmarsat’s satellites to date have been geostationary, orbiting above the equator and keeping a fixed station above the Earth’s surface.

A stable location makes them easy for ground terminals to track, but coverage cannot extend to the poles owing to the vanishingly low angle of transmission.

The new GX10A and GX10B satellites will solve this for the Arctic. Launched into a highly elliptical orbit (HEO), the two new satellites will ensure continuous coverage of the northern polar region above latitude 65°N. Using a similar multi-beam technology to the GX7-9 satellites, they will integrate seamlessly with the rest of the network and existing terminals.

Peter Broadhurst, Senior Vice President, Yachting and Passenger, Inmarsat said “The investment in the new satellites represents the latest milestone for Fleet Xpress, ensuring a significant advancement in the global capabilities, capacity and agility of the service for current and future Inmarsat customers”.

“We are committed to staying ahead of our customers’ demands and providing the connectivity needed by superyacht and expedition cruise owners and operators now and into the future.”