Riva Yachts celebrates 180 years of business with special guests at a grand gala and with the unveiling of the distinctive yacht Anniversario.

Riva’s 180th anniversary tells the story of a wonderful adventure of style and elegance that has raised boatbuilding to a level of art. Such a glamorous celebratory gala could only be held in an equally grand venue, the Gran Teatro La Fenice in Venice.

On Saturday 11 June, the Ferretti Group invited owners and international guests for an exclusive event with a highly atmospheric show that celebrates the story of the first 180 years of the Riva brand.

The Gala night was the occasion for the world premiere of Riva The Persuaders!, a short film inspired by the cult television series. The film was made over the past few weeks on the coast, spanning the border between Italy, Monaco and the Côte d’Azur, produced by Armando Testa Studios. 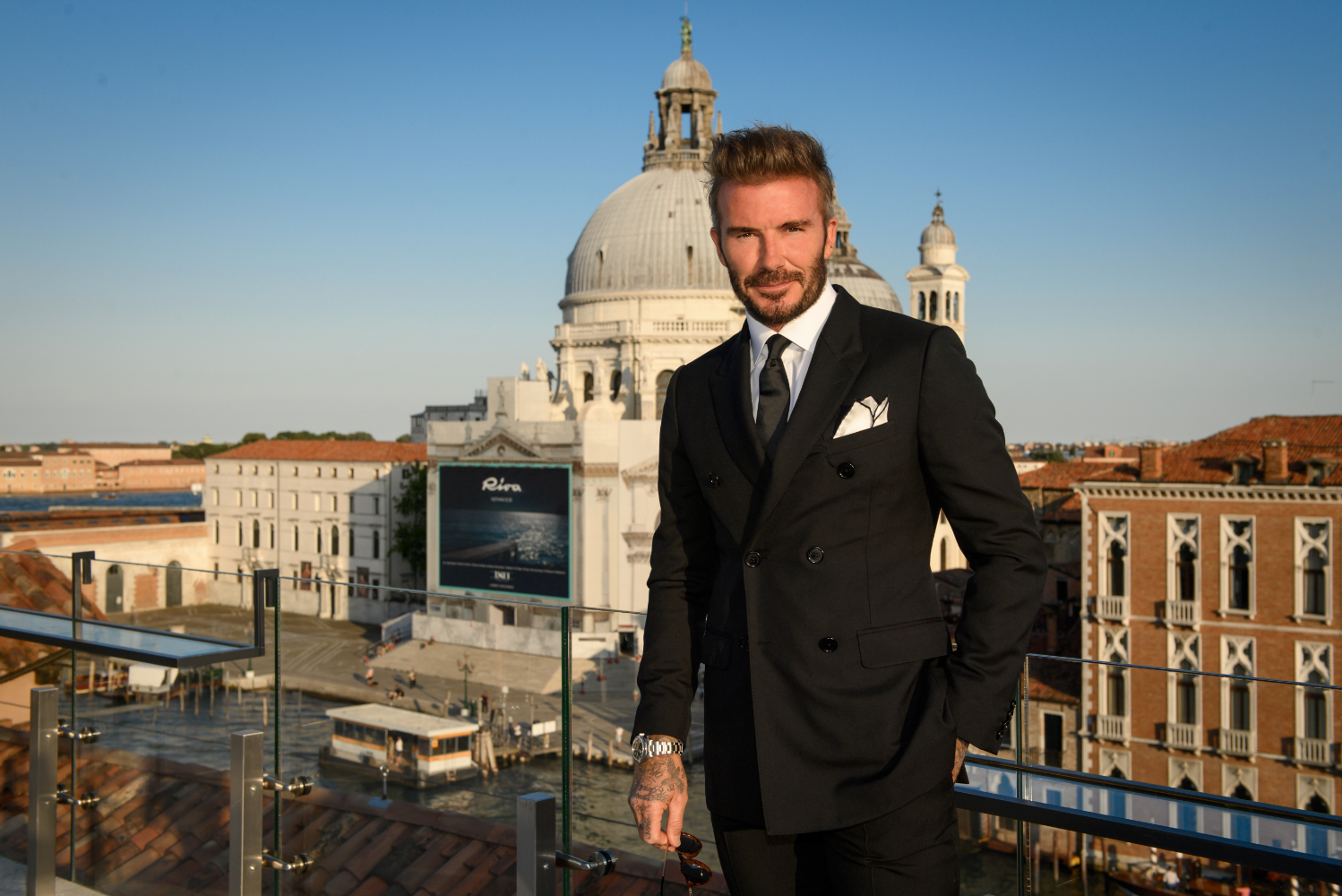 International football star, David Beckham was in attendance of the Riva gala. 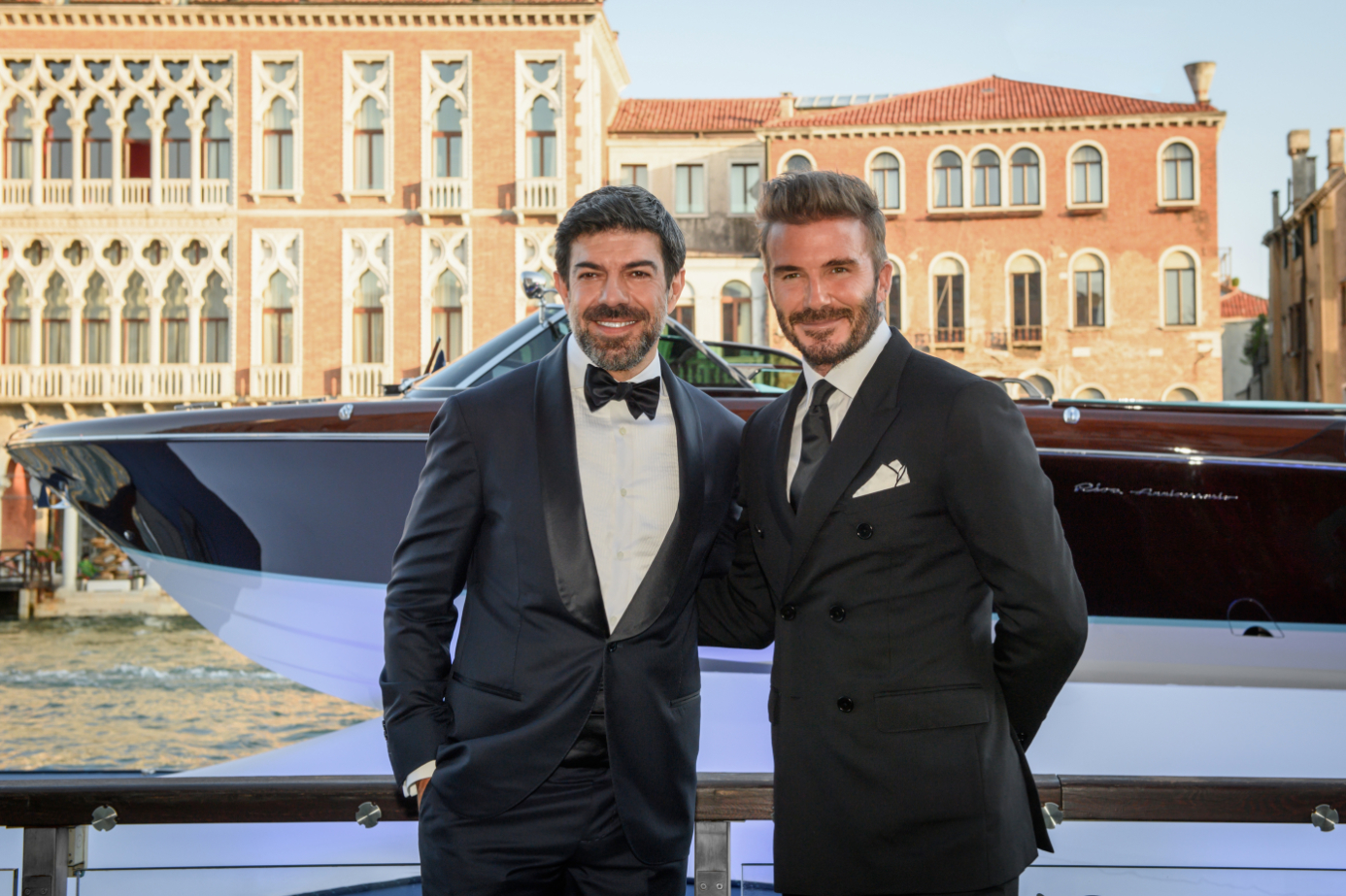 Pierfrancesco Favino and David Beckham both starred in the short film Riva The Persuaders! 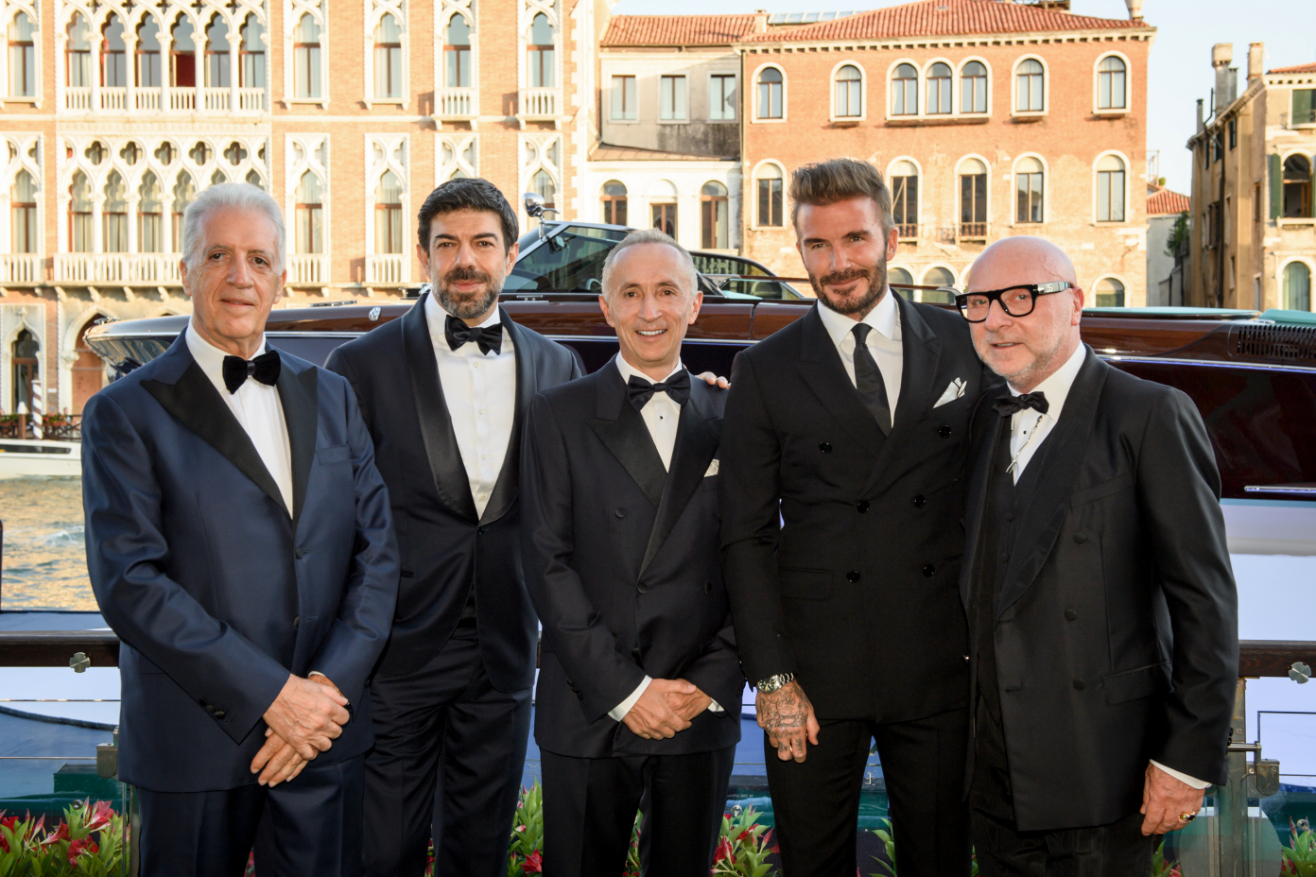 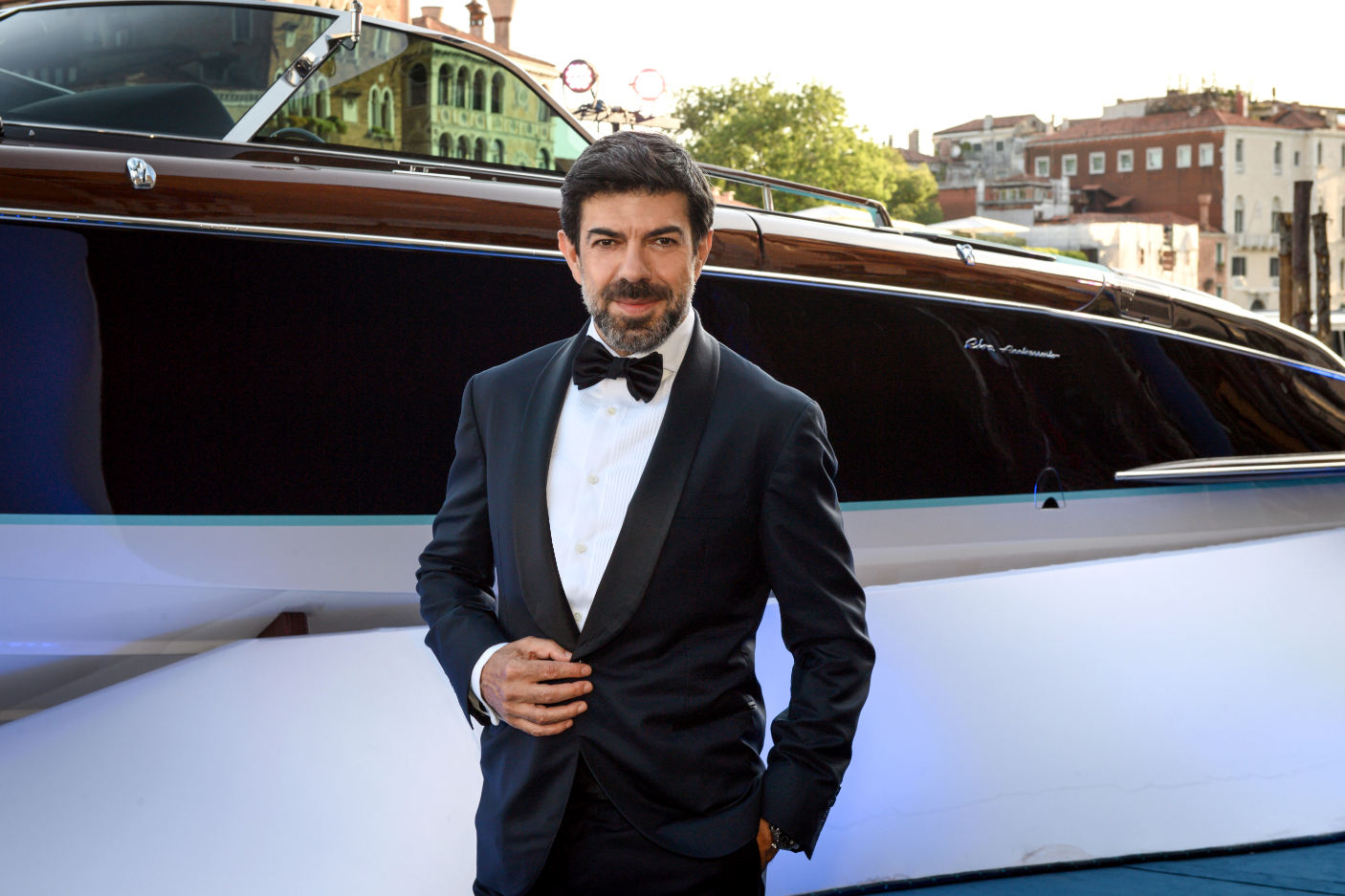 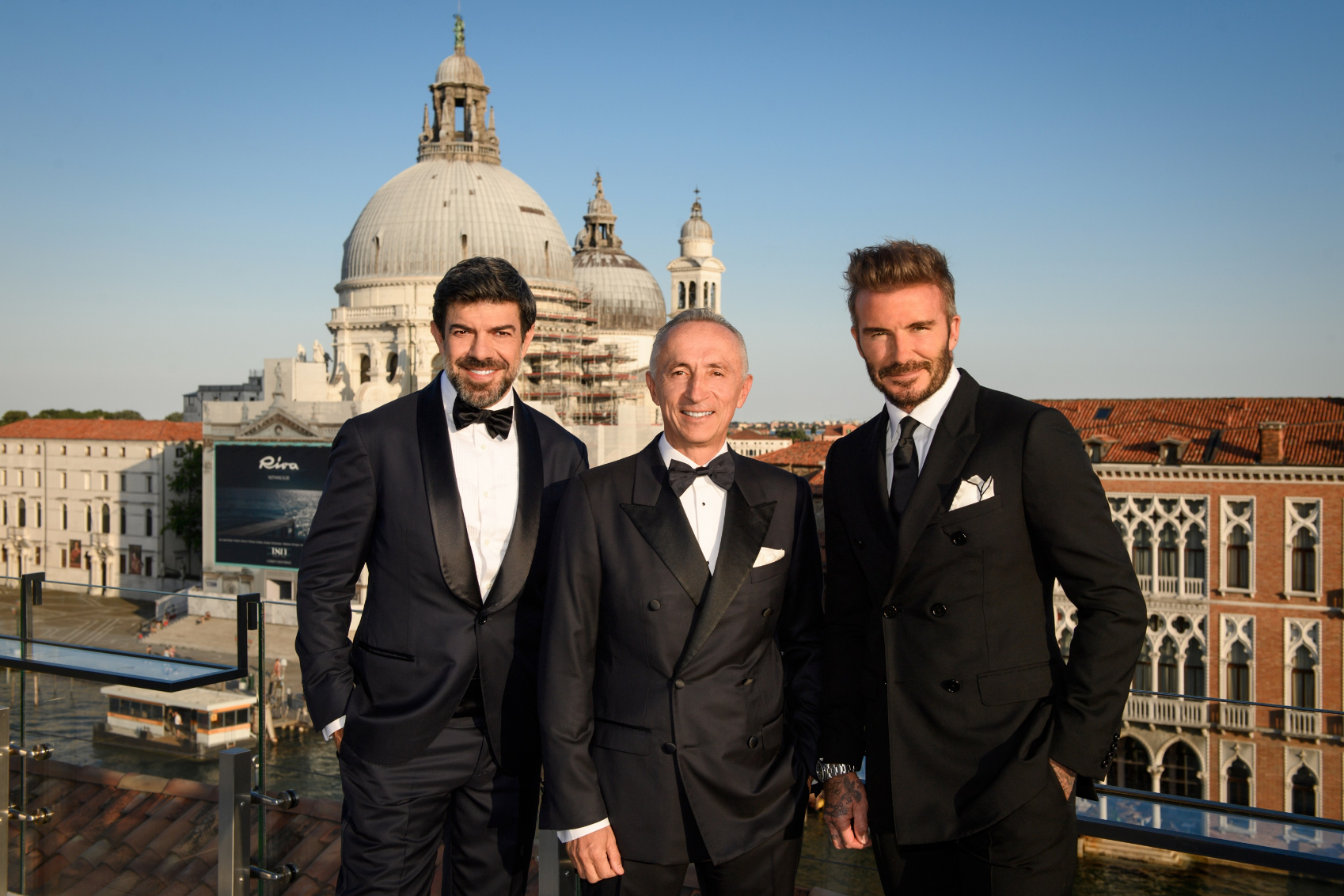 “This was the night of Riva’s 180th anniversary and of a thousand emotions for enthusiasts of the brand and its unique boats,” said Alberto Galassi, Ferretti Group CEO.

“We chose Venice and La Fenice because they are unique places in the world and, like us, they live in magical harmony with the water, art and beauty.

“My thanks go to David Beckham, Pierfrancesco Favino and Charles Leclerc, who have shown their friendship towards Riva by contributing to a spectacular short film, one of those miracles that happen when champions are involved.

“I’m also honoured to introduce to the world Anniversario, an iconic new boat for a very few lucky owners and another masterpiece of outstanding elegance. Best wishes to Riva as it starts to write boating history for the next 180 years.”

The excitement began before the event even started, when a floating platform moored on Venice’s Grand Canal, in front of the Riva Lounge at the Gritti Palace, provided a unique stage for the unveiling of the new Riva Anniversario.

The special limited-edition boat was created to mark the iconic anniversary and also to pay tribute to the Aquarama on its 60th birthday, a masterpiece of timeless design featured in a fine art book published for the occasion by Assouline.