The Kiwis came into the final day on Bermuda’s Great Sound with a 4-2 lead in the best-of-nine series and needing just one victory to advance to the 35th America’s Cup Match.

The edge came off the anticipation somewhat when the first race was abandoned as the winds dropped and neither boat could make it to the finish line of the shortened course within the 25-minute limit.

After an hour delay, the stormy skies cleared with winds returning to seven knots for the start to get underway just minutes before the deadline. Another good start by the Kiwis saw them leverage their leeward position to an insurmountable 56 second lead at the finish. The Kiwis again proved to be adroit in getting and staying up on the foils in light winds, especially through critical gybe manoeuvres, as well as showing a speed edge up and downwind.

“It’s all the little things we’ve been working on,” noted Team New Zealand helmsman Peter Burling regarding his team’s performance. “We came here to bring the Cup home, and along the way we had to overcome a lot of adversity. The Challenger series really pushed us, and I am proud with how we responded. We’re feeling ready now to take on the Defender.” 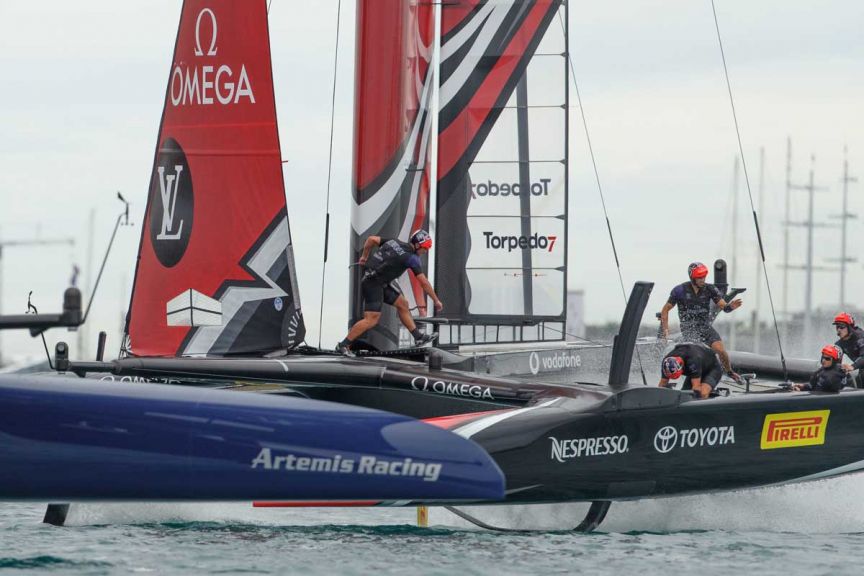 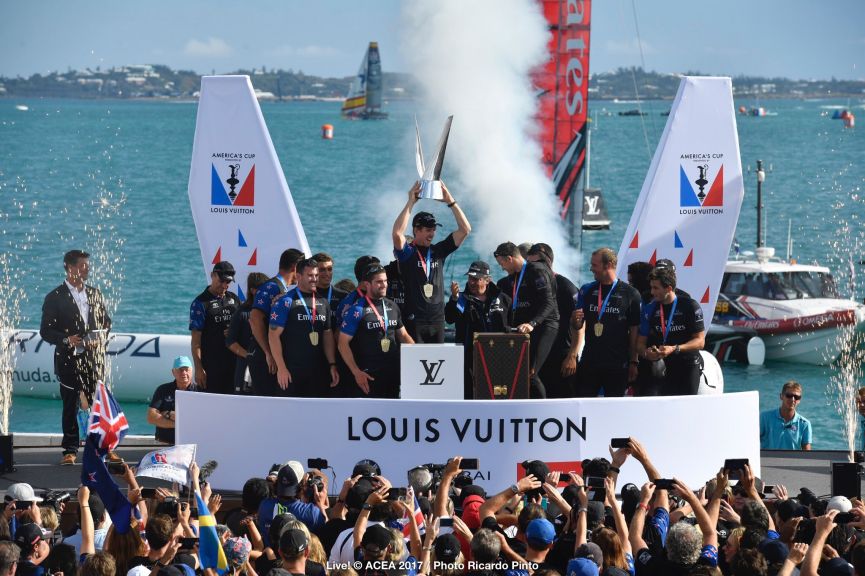 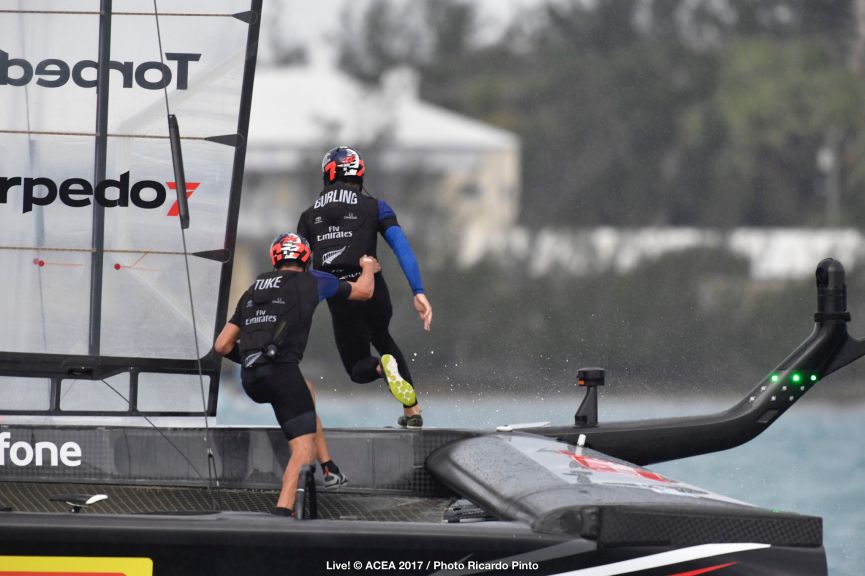 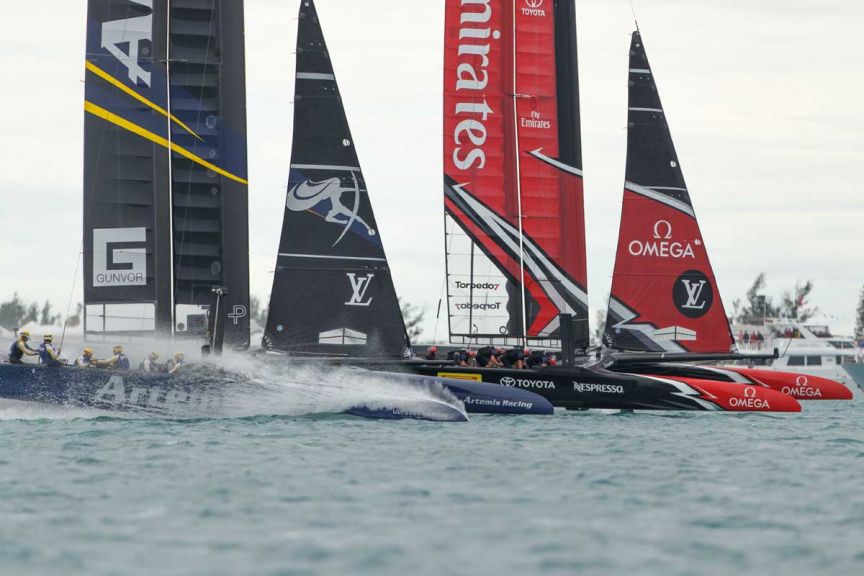 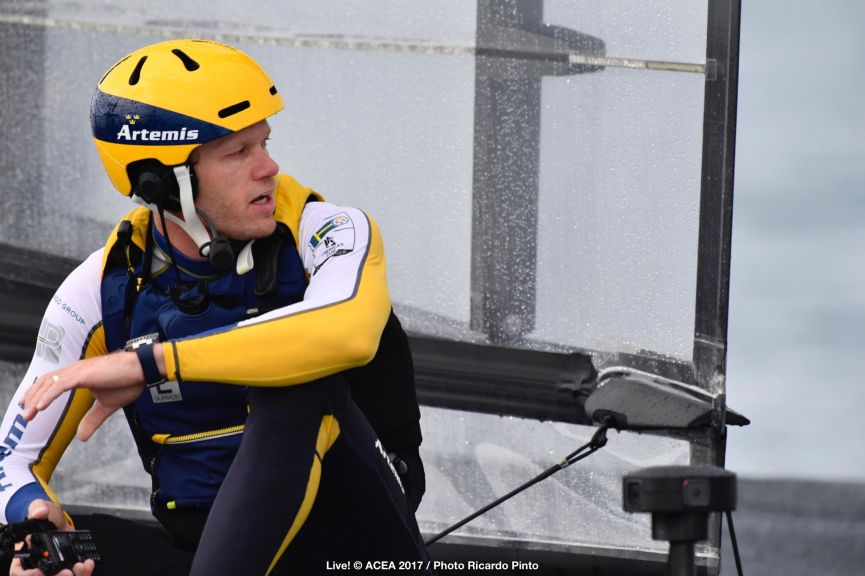 Outteridge was graceful in defeat.

“Of course it’s disappointing but hats off to New Zealand. Given the forecast, we knew they’d be tough today. We couldn’t change that but we did what could on our boat this morning. Then when they got the start to leeward, the trouble began.”

On whether his team would return, Outteridge was hopeful. “We’d love to keep going but that’s a question we now have to ask. (Team owner) Torbjörn Törnqvist hopped on the boat after the finish and said that he wanted to continue to pursue the dream of winning the Cup.

Artemis Team manager Iain Percy, who also took on the roles of tactician and grinder on Artemis, provided this insight from the high-adrenaline encounters out on the racecourse.

“It will genuinely come down to the wire,” the respected Olympic gold medallist said of the clash between Team New Zealand and Oracle Team USA.

“You never know who’s going to win when you are in the race,” he continued. “One of the reasons anything can happen is it’s so damn hard- I can assure you to pull-off foiling gybes in light winds takes the coordination of six people to get things absolutely spot on.”

Percy, who is regarded as one of the world’s best all-round sailors, also said that without an appreciable speed difference between New Zealand and Oracle he expected tactics to play more of a part.

Team New Zealand now has five days to prepare for the coming battle with Jimmy Spithill and what’s always been the best prepared boat in the Cup contest. In their favour, they have emerged on top after more than a fortnight of fierce match-racing where a small mistake proved extremely costly. They’ve also shown resilience and determination, coming back from a spectacular capsize against Land Rover BAR which almost ended their campaign.

Skipper Glenn Ashby agreed the last few days of close duels with Artemis had proved “extremely valuable”, and that the Kiwis were “stronger” as a result of the devastating loss of the 2013 campaign when Oracle fought back from an 8-1 deficit.

“We debriefed heavily after San Francisco and I think the lessons we learned out of San Francisco have absolutely made us a stronger team going forwards,” he said.

Ashby is the only survivor from the San Francisco crew with Team New Zealand investing in a new breed of sailing talent for this cycle, headed by Olympic stars Peter Burling and Blair Tuke. 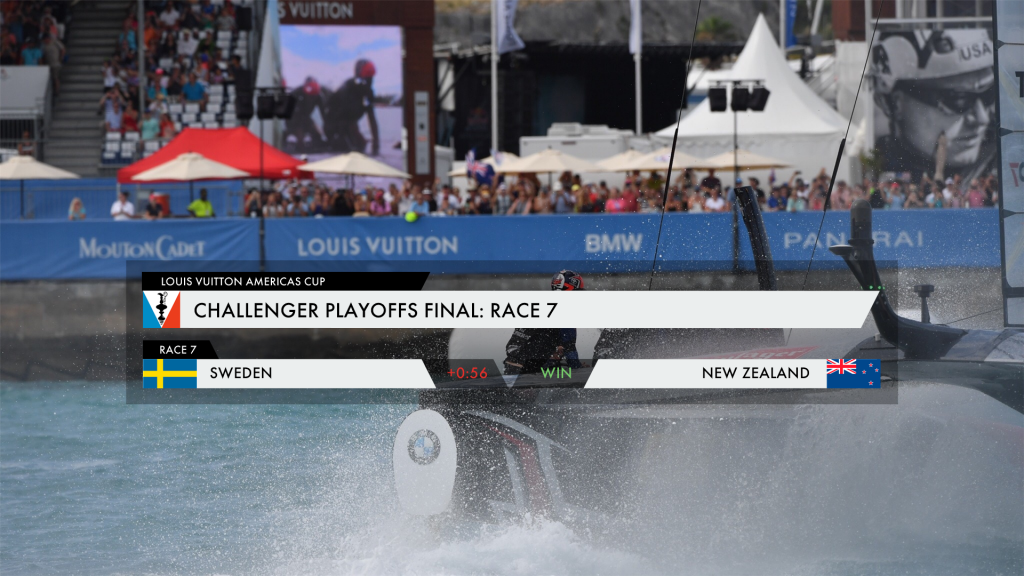 Ashby said they wouldn’t lack for motivation in trying to be just the second New Zealand team to win a challenge for the Cup after the 1995 heroics in San Diego.

The final stage of the 35th America’s Cup will commence on June 17 with Jimmy Spithill’s Oracle Team USA lining up against the Kiwi team, a rematch of the Final in 2013 which saw the Kiwis build an 8-1 lead, only to see the Defender win 9 straight races to take the trophy.

In this edition, the winner of the 35th America’s Cup will be the first team to claim seven points. However, the caveat is how the Defender, which won the Qualifiers held on May 26-June 3, will begin the series with a one-point advantage.

As the rules detail, the Challenger will carry a one point disadvantage (ie, minus 1), meaning they will need to win eight races to take the trophy whereas the Defender need only win seven races. Game on!

Sleeping under the stars

Sleeping under the stars