Reach for the sky

Construction has begun on the first Horizon FD102 superyacht, the latest in the highly acclaimed Fast Displacement Series. The FD102 Skyline joins its series sisters that include the FD77 Skyline, FD85, FD87 Skyline, and FD125 Skyline models.

The new Horizon FD102 Skyline is the first superyacht in the popular FD Series, which was created in collaboration with designer Cor D. Rover and is characterised by a striking exterior profile, impressive interior volume, and a high-performance hull design. At an overall length of 105 feet, the FD102 Skyline offers a wide 24’ 2” beam and large outdoor spaces accessed by a unique walkaround design.

Within a voluminous interior, the FD102 Skyline offers double salons, an on-deck master stateroom, and a spacious four-stateroom-layout on the lower deck. A walkaround deck on the bridge deck level maintains the privacy of the interior spaces while providing a seamless transition between outdoor entertaining areas, which include a unique forward deck arrangement featuring a u-shaped settee and a Jacuzzi tub just forward of the bridge and a sprawling sunpad on the foredeck. A lounging/dining area and space for tender stowage is located aft while a spacious beach club and large aft deck area are found on her lower levels. 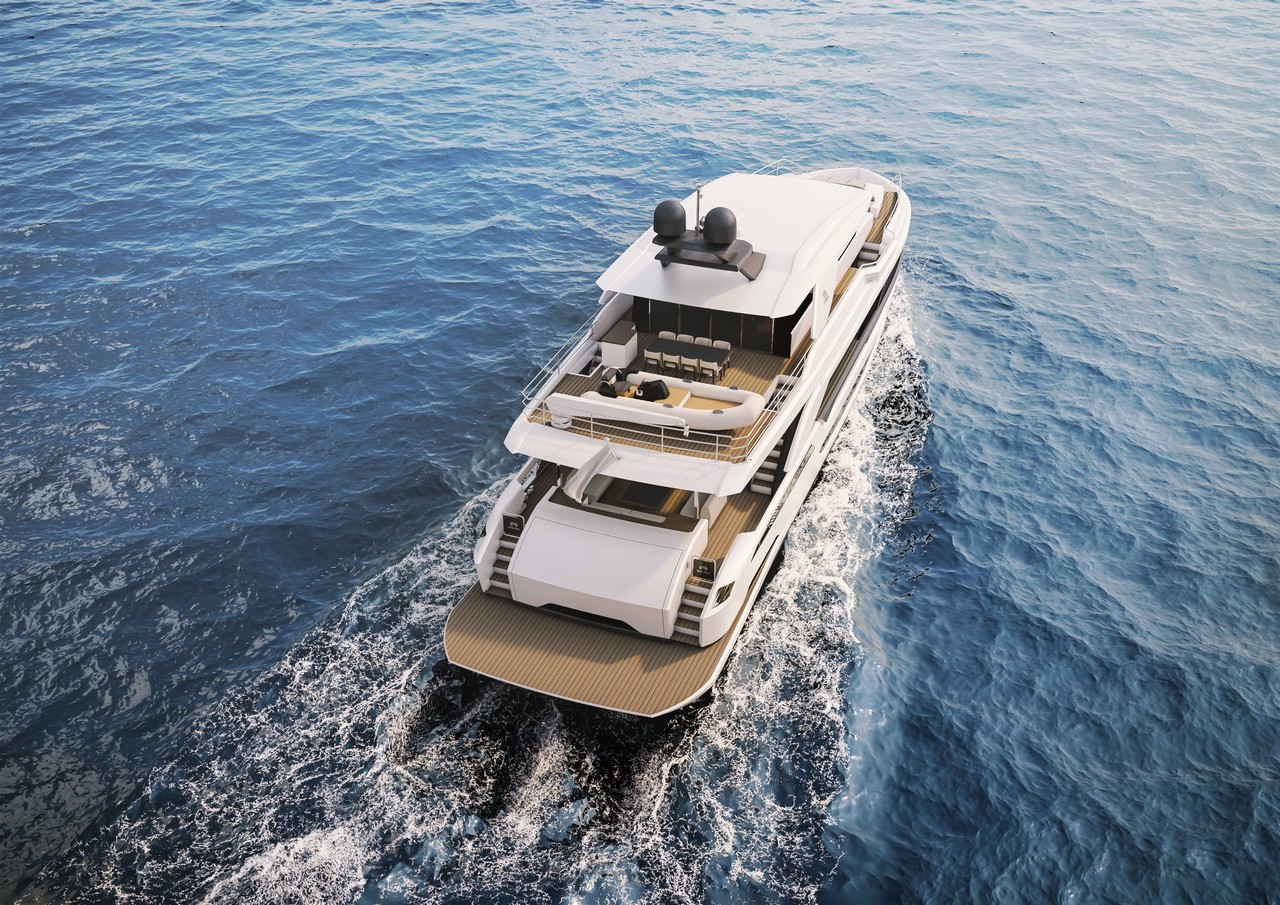 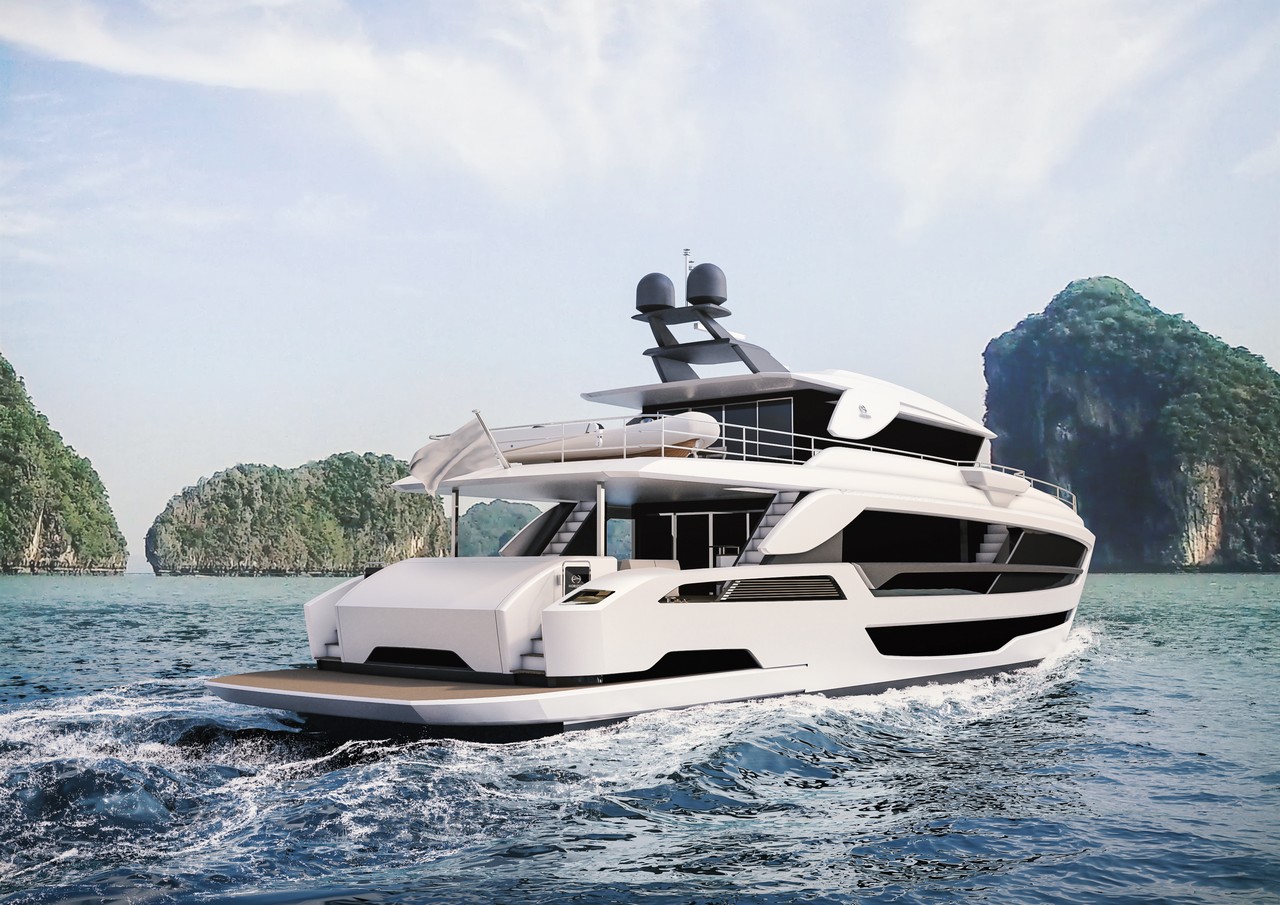 The FD Series has seen tremendous success and interest from the market since it was first unveiled only two years ago, and this interest led to a contract for the first FD102 being signed at the Monaco Yacht Show in September.

“The innovation of the FD102 Skyline shows Horizon possesses strong design and construction abilities that allow us to turn an owner’s dream into reality,” said Horizon CEO Jon Lu.

“Since the series was introduced with the first FD85 in November of 2016, the feedback from owners and potential clients has served to further streamline the FD102 design and create a truly remarkable ocean-going superyacht that offers performance and stability as well as spacious interior and exterior areas.”

“The FD102 Skyline is an attractive representation of the evolution of the Fast Displacement Series design,” said designer Cor. D Rover. “I still stand behind my statement that the FD87 Skyline was already a ‘superyacht’ in terms of volume. The new FD102 offers even more than the FD87 in all aspects, from space to layout to amenities. Plus, she looks a bit sharper and a bit cooler than her smaller sister. With an FD102 six-stateroom-version now on my drawing board I strongly believe this boat will be ideal for the mid-size charter market.”

Tooling is currently underway for the first FD102 Skyline, which is anticipated to deliver to her European owner in 2020.