Race of their lives

Guardianship of the oceans is what drives Olympians Pete Burling and Blair Tuke, founders of Live Ocean.

Peter Burling and Blair Tuke have a deep connection to the ocean. Keen divers and surfers, they grew up on the water and have spent every spare moment in or on the planet’s life-support system. As Olympic gold and silver medallists, world sailing champions and part of the winning Emirates Team New Zealand in the 35th America’s Cup, they have seen more of the ocean than many.

It was while competing in the 2017–18 edition of the Volvo Ocean Race (VOR) that their desire to make positive changes for our ocean accelerated. Now, they’re harnessing their unique ambition and competitive spirit – and challenging New Zealanders to protect and restore their part of this big, blue planet.

Hillary Buckman spoke to Burling and Tuke about their most important race yet.

So, how did Live Ocean come about?
We spend a significant amount of our lives out on the ocean, not just sailing but also in our spare time surfing and diving.

We’ve always known that it’s not being looked after well, but after the Volvo Ocean Race we realised that the world’s oceans are in trouble. We delved into it a bit more and realised that our understanding of the issues affecting the ocean wasn’t as deep as it should have been. 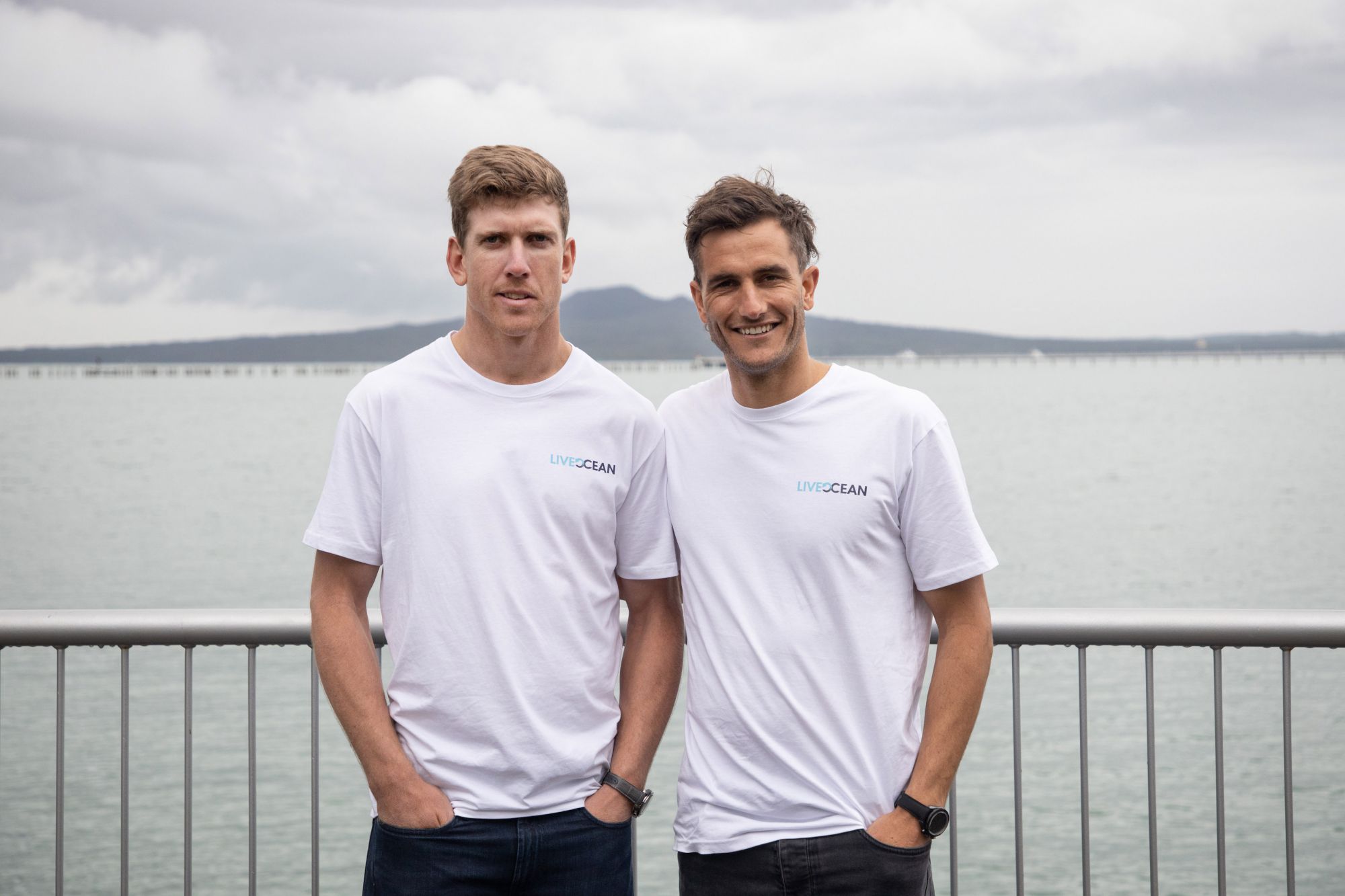 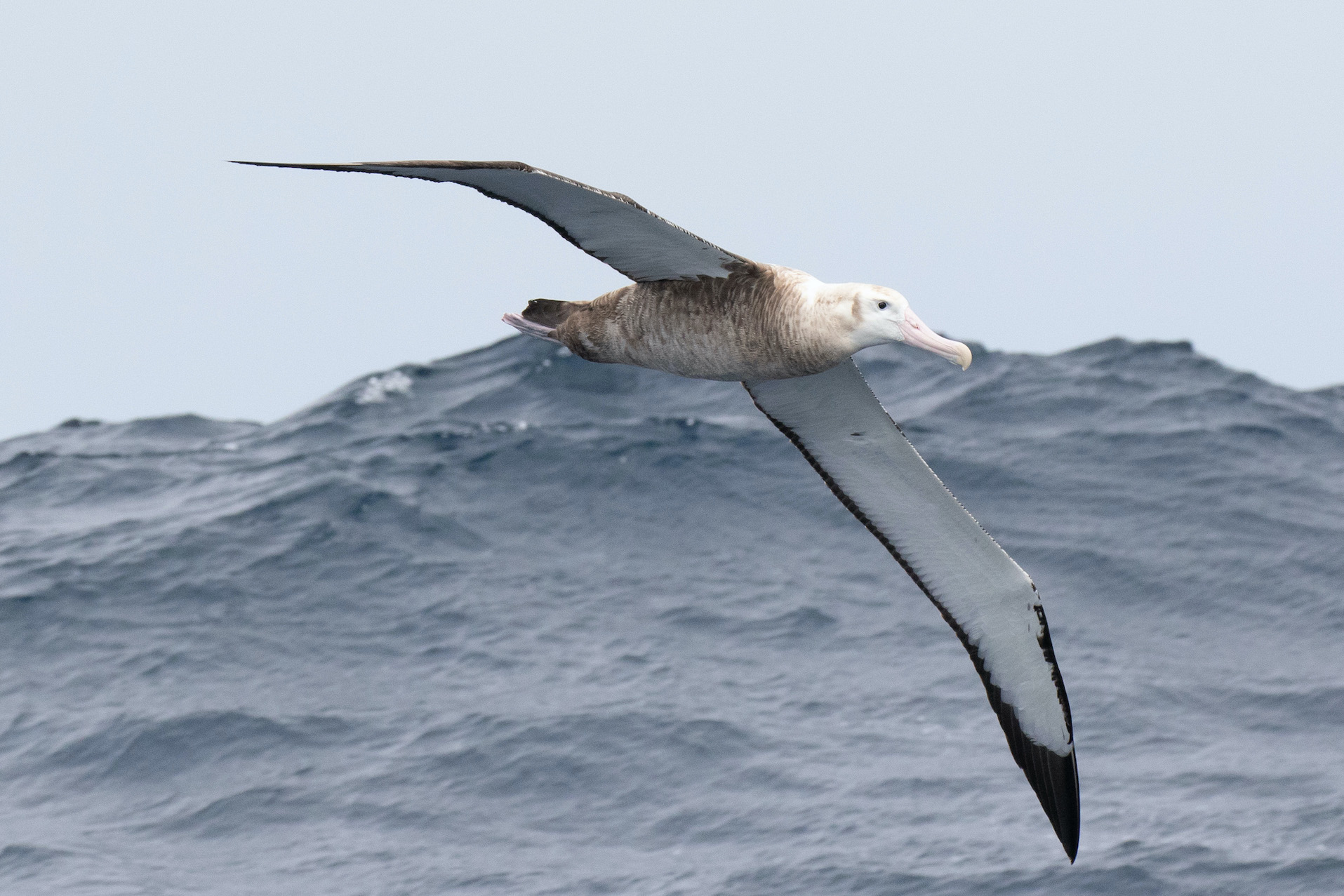 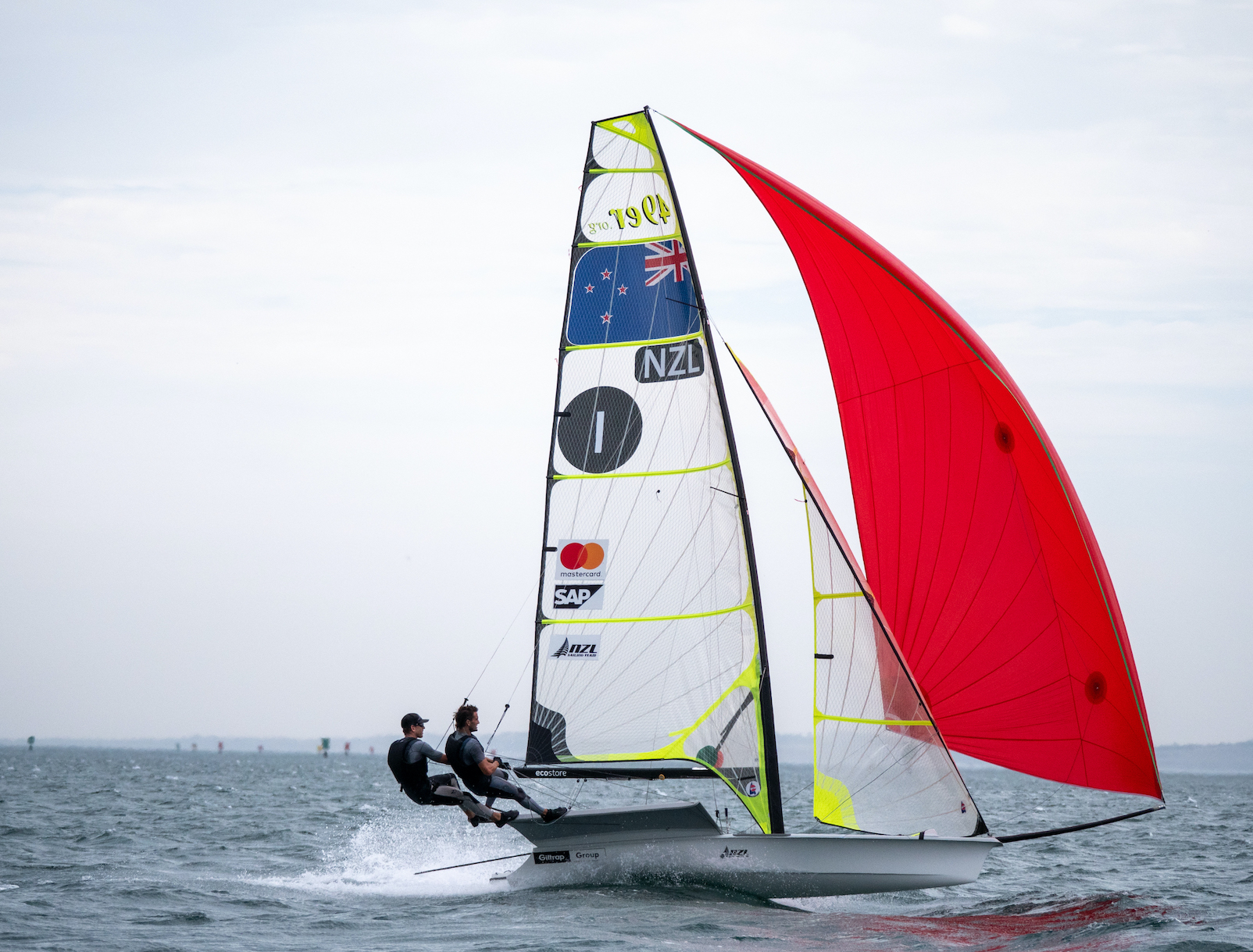 We felt we had to do something – and be part of the solution. So we founded Live Ocean with the main goal of amplifying and accelerating ocean action with the underlying vision of leading the world in ocean health issues.

There are so many different aspects to it, but we’ve tried to break it down into reasons why people should care. For a start, 75 percent of our oxygen comes from the ocean – everyone talks about carbon and climate change, but nearly all that carbon goes straight into the ocean. It’s a massive carbon sink; it does so many things for us that we take for granted.

When you sail around the world in a small boat, you realise that the ocean is not as big as you think. Sailing in the VOR from China to Auckland took twenty days. Navigating the weather, we saw stark contrasts in climate and conditions. It took us sixteen days just to get around Cape Horn; that makes the world feel a lot smaller. It makes us feel we should all care a lot more.
Do you see a lot of plastic in the ocean when you’re racing?

Yes, we definitely do. In New Zealand and Australia, we’re lucky that people understand the plastic issue, but we should be doing a lot better than we are. And there are so many other issues as well.

One of the main issues facing us is sedimentation, which is caused by run-off from the land (urban settlement and agriculture). This can result in up to a metre of mud in the harbours and along the coast where there used to be mussels and filter feeders. But there’s also, obviously, climate change.

Ocean acidification is affecting the reefs and the weather is becoming a lot more extreme, especially in New Zealand, but also in Australia.

Then there’s the impact of fishing – how much we’re actually taking out of the ocean. We need the ocean to be healthy and productive for it to keep functioning as a carbon sink. Even in the middle of the ocean, where you should see huge numbers of birds and sealife, you can see a difference. To us, this is just as big a problem as the threat of plastic. It’s all connected – and if we can’t lead the world in this area, who will?

What do you hope to achieve through Live Ocean?

We want to support the projects and the people doing great things for the ocean; we want to be part of a big shift in attitude that will inspire people to care for the ocean.

But we need to get all generations on board, especially the older generation and those in a position to help. This is vital to achieving real change. We can’t wait for the next generation to come through and make changes; we’ve reached tipping point already. That’s one of the reasons we’re doing this – to actually make things happen.

Is your message about pollution and plastics, or climate change?

All of it! Our message is around ocean health and how we need to treat the oceans well. Right now, New Zealand has national parks on land – and everyone understands why – but on water, only 0.4% of the ocean is marine reserve. Worse, we’re taking significant numbers of species out of the ocean.

Tell us about your first project, satellite tagging the Antipodean Albatross.

There’s been a massive decline in albatross numbers in general, but as Kiwis we have a unique connection with the Antipodean Albatross in particular as it is found throughout the Southern Ocean. They are native birds that live most of their lives miles out at sea; nobody really sees them.

Their population has already declined from around 17,000 breeding birds in 2004 to 6,000 in 2019. That means around 800 breeding birds are dying each year, approximately two a day. These birds could so easily be lost; we don’t want that to happen.

It’s thought that oceanic changes have driven the females to forage further north and east of New Zealand, pushing them into waters where they are at greater risk from international longline fishing fleets. We are working with New Zealand Department of Conservation researchers Kath Walker and Graeme Elliott, who have been studying these albatrosses for more than two decades. We are aiming to understand the flight paths of these birds so that governments, environmental interests and other influencers can work with the longline fishing fleets.

This is a good project to start with as it’s science-based and there’s a lot of research that still needs to happen, but we’ll choose projects as we go. We’ll select projects based on increasing the health of the oceans, working to amplify their message and accelerating their work. There are so many different issues and we need them all to come together to achieve healthy oceans. That’s what’s been missing, a voice for the oceans and someone to take a holistic approach. 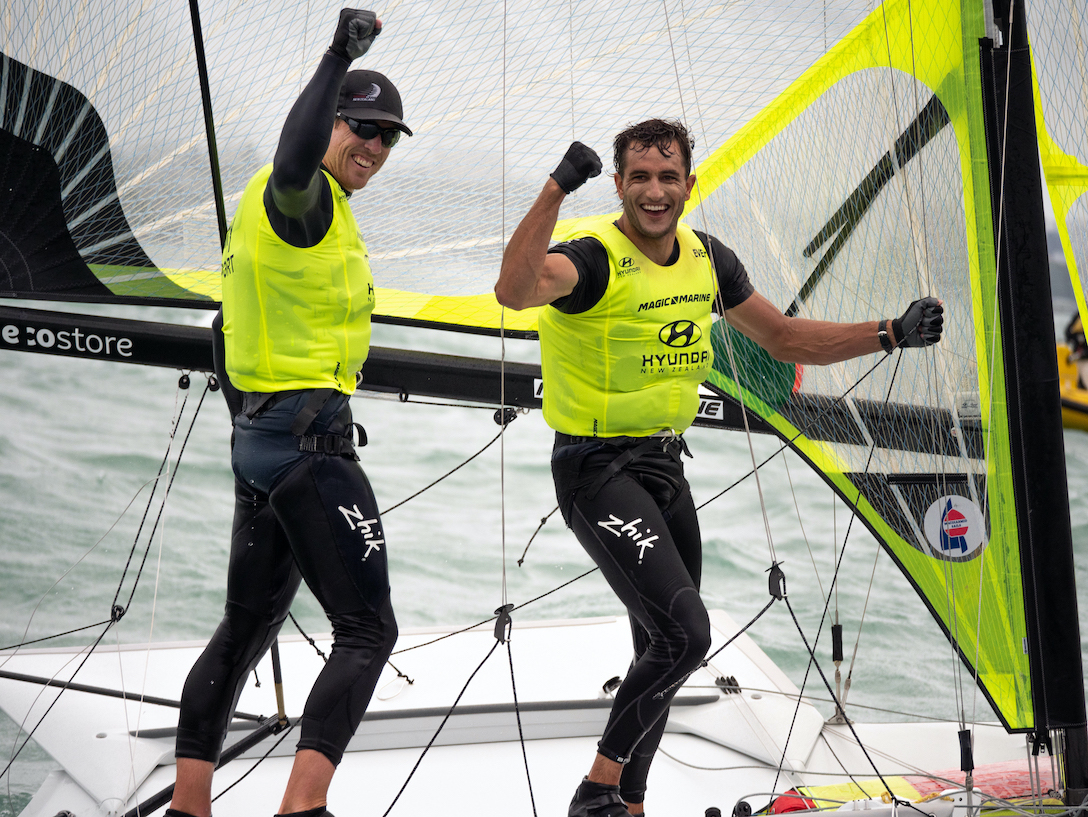 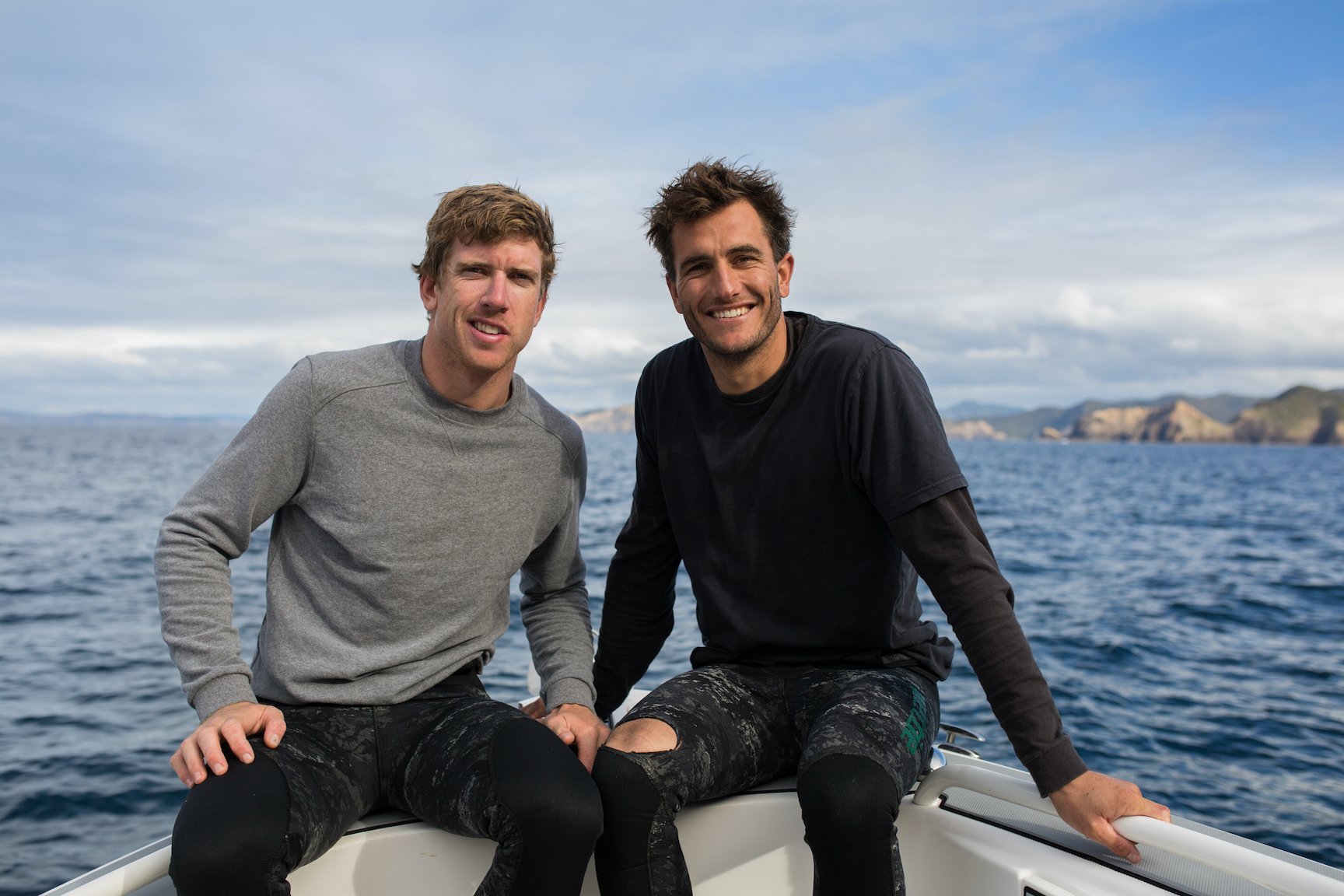 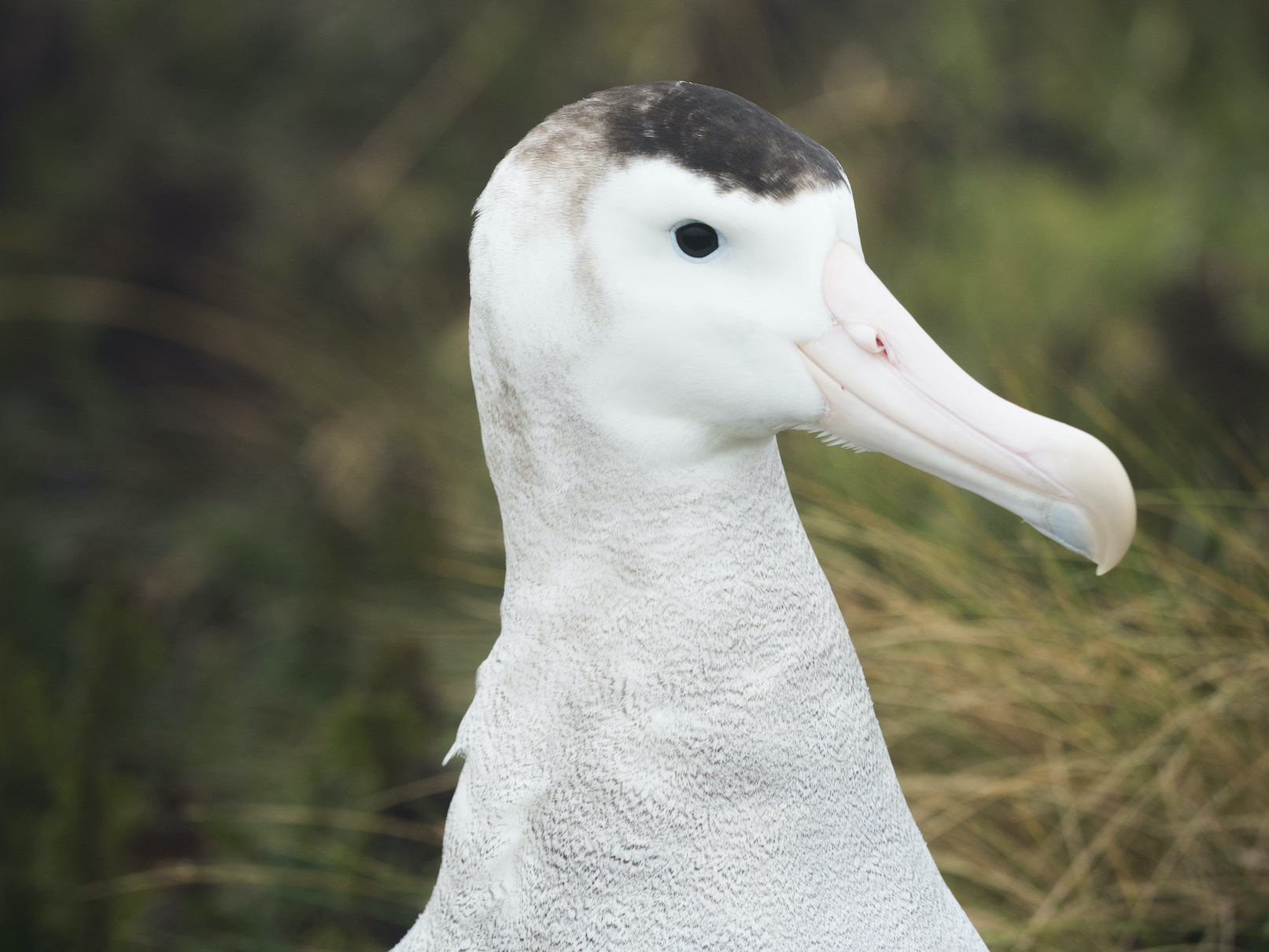 So how does the Live Ocean work? Are you creating awareness of projects so people can donate, or seeking funding?

Both. We’ll amplify projects by talking about them and connecting people with others in the appropriate sector. We’ll also raise funds and 100 percent will go straight from us to the project. The first one is already underway, and hopefully by the middle of the year we’ll have a couple more. We want to try and spread Live Ocean to as many areas as we can.

So do you feel like change is starting to happen on issues related to the ocean?

People are starting to understand, especially the plastic issue. They are using water bottles and finding alternatives for plastic wrap and containers. That has been a massive change over the past few years.

However, we are working hard to encourage people to look at the ocean as a whole; all aspects of its health. This includes fishing, not just commercial fishing, but recreational as well. You can’t just keep taking from the ocean, and using the ocean, without having a long-term approach.

We are trying to focus on the positive. We are really energised and motivated to focus on the solutions, not just the problems. Focusing on the doom and gloom can be really depressing and a lot of people simply switch off. They say it’s too hard or not worth it. But we have to stand up and use whatever resources we have to raise awareness and show practical paths to change.

Are you focused solely on projects in New Zealand?
As we have small wins along the way, we will roll them out globally, but by focusing on New Zealand to begin with we will have a much bigger impact because of our small population of just four million. We should be a lot better than we are and will have to lead by example in this space.

We are unique in New Zealand – we have the fourth largest ocean in the world, stretching north to south, taking in all the islands like Kapiti Island in the north and the Auckland Islands down south. But the oceans are interconnected; there are no boundaries. So any part of the ocean that is doing well is going to benefit the entire ecosystem.

That said, we are seeing things from a unique viewpoint in New Zealand. Because our oceans and waterways are relatively untouched, we’re seeing the impact of pollution and over-fishing as it’s happening. We now have the science to quantify those changes and can see the massive pressure people are putting on the ocean, especially with growing populations.

The ocean is pretty resilient, but people don’t notice what’s going on under the surface. It’s changing, and we’re getting close to the point where enough’s enough. What we want is for people to understand and care, and for them to then help those who are doing the work and reversing some of the damage. We want people to continue to enjoy the oceans and for the ocean to support us in return.