Kata Rocks was the venue for the largest superyacht rendezvous in Asia, combining networking, entertainment and exquisite gourmet experiences.

More than 15 superyachts assembled for the exclusive rendezvous, making it the most successful event of its kind on the Asian superyacht calendar. The Kata Rocks Superyacht Rendezvous (KSR) offered a variety of activities, glamorous parties and social events that combined networking and socialising in a laid-back, luxurious environment.

“The organisers of the 2016 Kata Rocks Superyacht Rendezvous have exceeded all our expectations,” commented Bas Nederpelt, ‎Commercial Director Feadship. “Kata Rocks hosted very energetic parties attracting the right crowd and organised a memorable owners’ dinner. The 2017 cruising season could not have had a better kick-off. With KRSR Phuket truly is now well and truly Asia’s top yachting destination.”

Richard Pope, Kata Rocks and Infinite Luxury Chief Executive said that everyone was absolutely delighted by the overwhelming positive response.

“Overall we are thrilled by the response we have received from all KRSR participants. Feedback has been extremely positive and it is very gratifying to help elevate Phuket to elite status as a true luxury destination and superyacht playground. 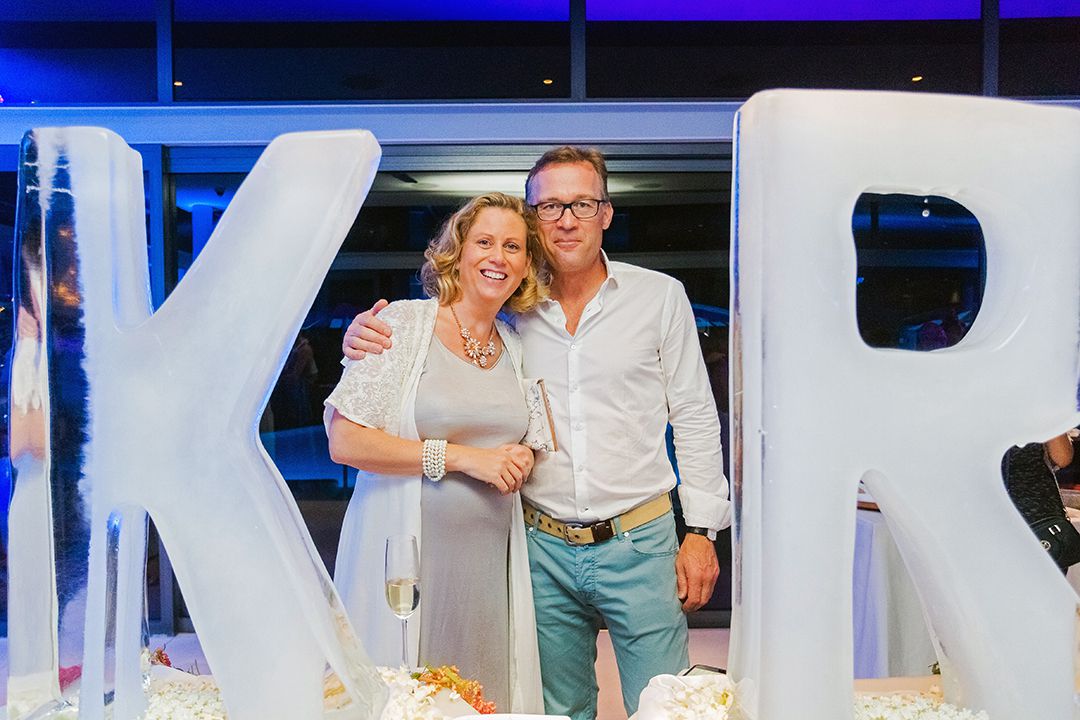 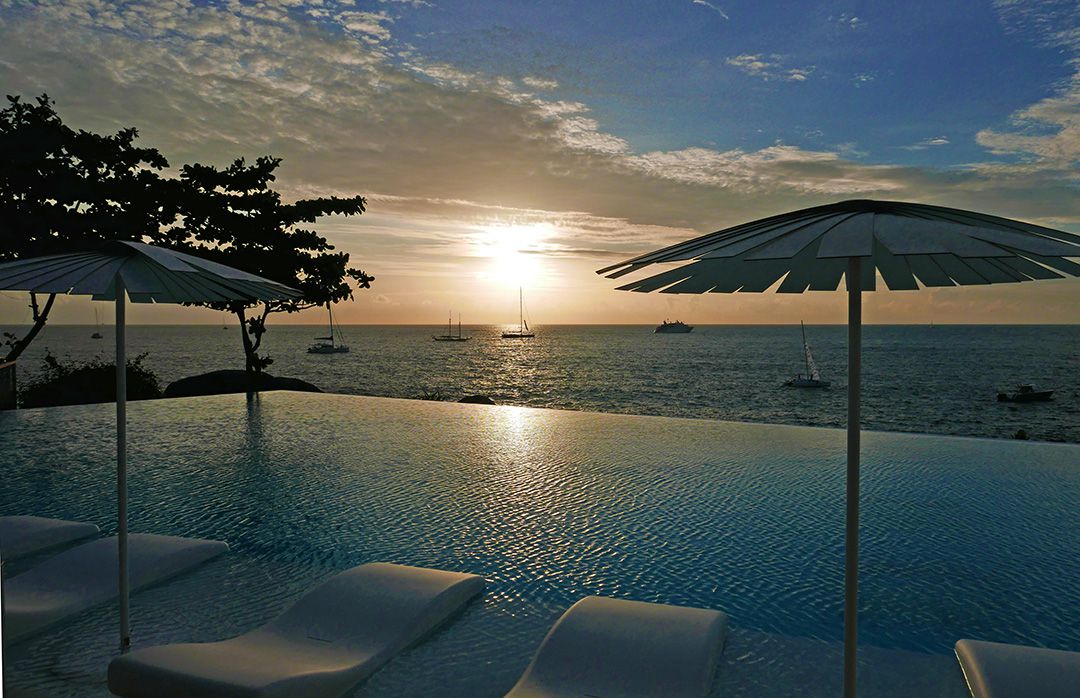 The idyllic setting of Kata Rocks was the venue.

The opening cocktail party held at Kata Rocks featured superyachts in the background, a stunning performance by the world flyboard champion in the foreground while Thai pop opera superstars Fivera entertained guests with their performance. 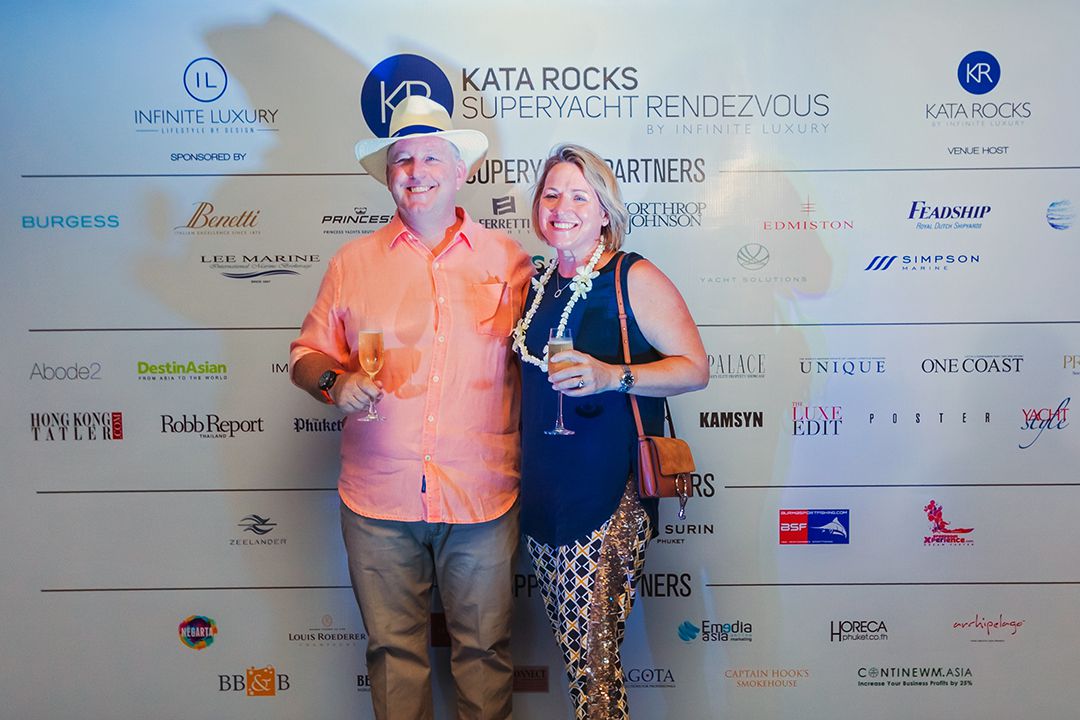 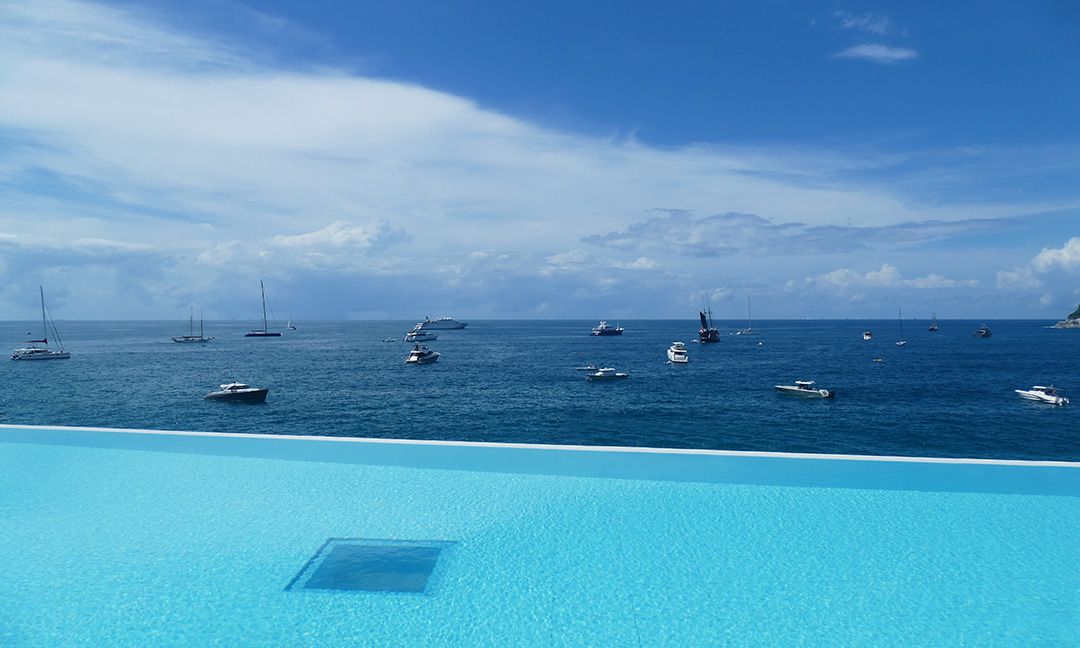 Day two saw the entire fleet leave Kata Rocks in formation to cruise along Phuket’s west coast to The Surin Phuket, where invited guests indulged in a gourmet beach barbecue. Invitees were absolutely thrilled to cruise on the majestic and largest superyacht attending the rendezvous, the 93-metre MY Lauren L, experience the modern design of the Pershing 92 or satisfy the need for speed on the swift Zeelander Z44 among others.

Later that evening, Kata Rocks celebrated the launch of its own small batch hand crafted branded gin, ‘The Spirit of Kata Rocks’ to much acclaim at the KRSR ‘Gins of the World’ cocktail party.

During the dinner one of Thailand’s most prominent artists, Mr Watcharin Rodnit of Negarta Asian Art Gallery, created an original work of art that attracted a final silent auction bid of THB 150,000. The proceeds of the auction were donated to the Phuket Youth Sailing Club (PYSC), an organisation that aims to promote and develop sailing for the next generation of sailors on the island.

On the final day invited guests were impressed during the lively ‘yacht hop’, moving around to experience the 51-metre Dunia Baru’s ancient Phinisi pedigree, modern luxury on board the MY Princess 77, the classic feel of Dallinghoo Schooner or the racing thrill of the 34 metre Ocean Runner, among others.

Others enjoyed signature treatments at the award-winning Infinite Luxury Spa, a Penfolds Wine and Cheese Master Class and a Louis XIII cognac experience session, while industry representatives engaged influential editors from over a dozen luxury lifestyle media during a private champagne brunch in a Kata Rocks Sky Villa Penthouse.

The KRSR closing celebration exceeded expectations with many calling it Phuket’s party of the year.