Rivergate Marina & Shipyard Director, Tom Hill will once again take part in the London to Monaco Ride, 17 to 24 September, cycling more than 1,000kms to raise funds for Blue Marine Foundation (BLUE) and support its conservation efforts around the world.

This year’s ride, organised by Just Pedal, will depart London with a celebrity send-off before carving its way through four countries and celebrating with a champagne finish at the Prince’s Palace in Monaco ahead of the 2019 Monaco Yacht Show.

The eight-day odyssey will take in some of Europe’s Grand Tours: staring in London, on to Portsmouth, then a ferry across the Bay of Biscay to Santander, soaking up the Spanish Basque country to Amoribeta, net conquering the Pyrenees, from Tarbes to Saint Gaudens and the legendary Col du Tourmalet, the 2,000m mountain pass known as “the father of all mountain climbs” and made infamous by the Tour de France.

From this pinnacle, to Carcassonne, then north to Agde, Aix-en-Provence, Grasse and Cannes on the French Riviera, followed by the final leg to Monaco for a Royal Reception at the Prince’s Palace.

Rivergate was a sponsor of the inaugural event in 2016 and Tom was among the founding riders, and sole Aussie in the peloton. 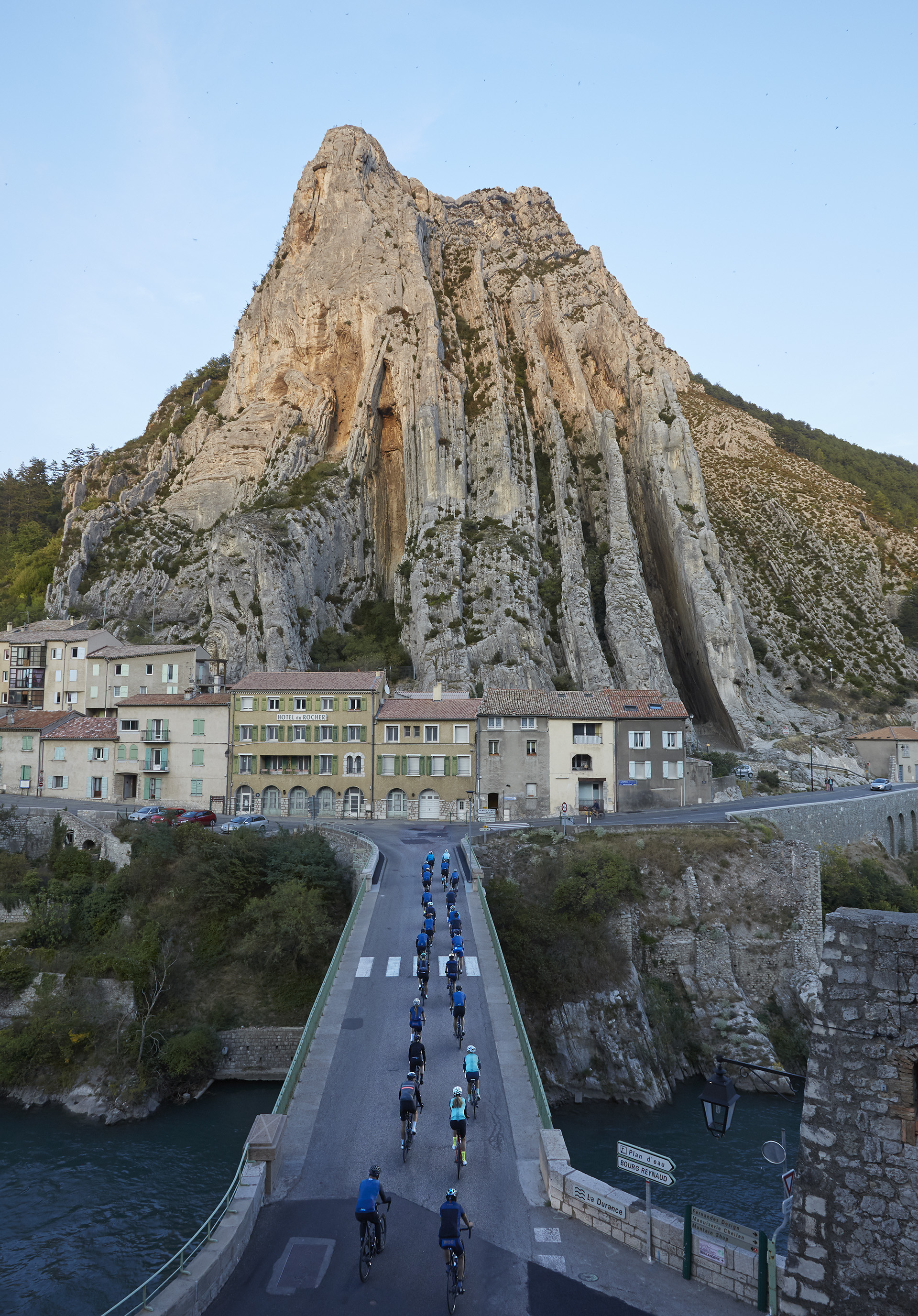 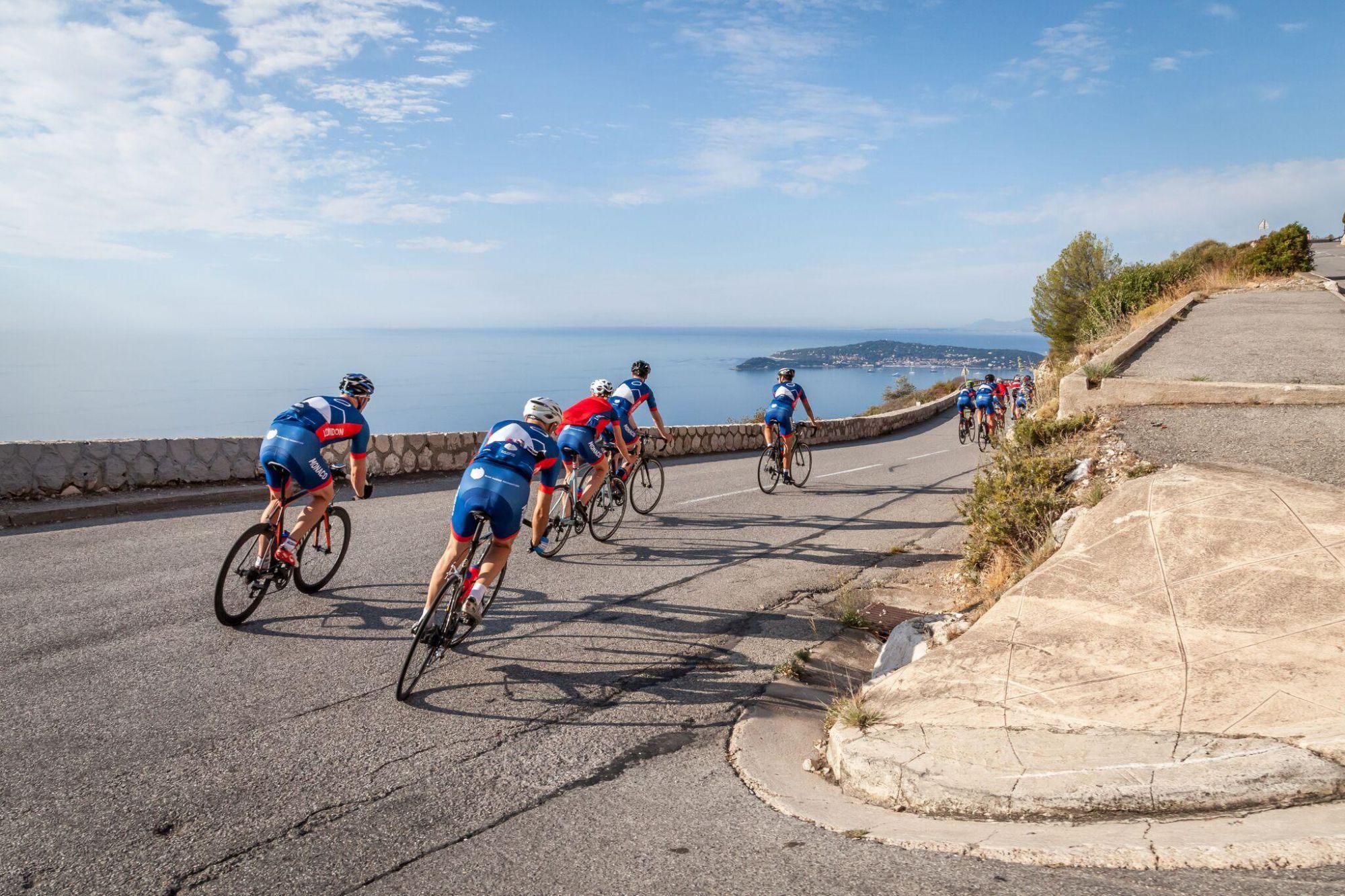 On the descent to Monaco 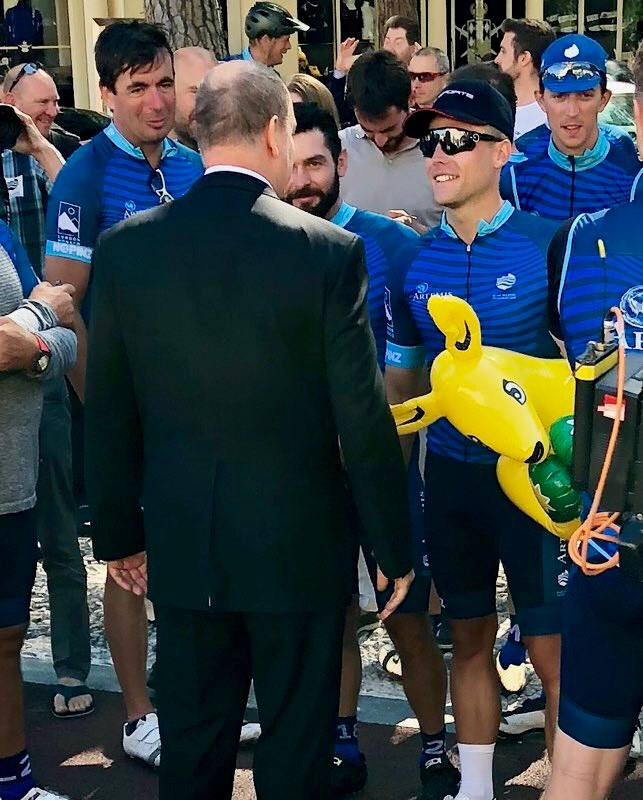 “I am really looking forward to the different route,” said Tom. “Spain and the Pyrenees are a cyclist’s dream. And this year is around 500kms shorter than last year, so I suppose you could say it’s the easy edition!”

In 2017, mid-way through the descent to the coast, Tom was struck down with pneumonia and withdrew from the ride. After a year of working on his health and getting back to full strength, Tom had a successful ride in 2018, raising over £10,000 for BLUE.

“It’s definitely a highlight on my calendar,” he said. “I enjoy the camaraderie and the support. We take turns encouraging each other. There are plenty of social occasions after each leg in some absolutely picturesque little towns, and the networking with yachting industry luminaries is incredible.”

Under the patronage of HSH Prince Albert II of Monaco, the London to Monaco Ride has involved 250 riders from 15 countries who have raised over one million pounds for ocean conservation.

“Oceans are more than ever at the heart of our common future,” said HSH Prince Albert II of Monaco. “The London to Monaco Cycle Ride is a wonderful opportunity to raise awareness on the necessity to protect our fragile oceans.”

BLUE invests in research and practical rehabilitation projects worldwide, including in the Maldives, Aeolian Islands and closer to home, Patagonia where its expert team is gathering evidence to support a marine protected area (MPA) in the gulf and fjord systems. The MPA will help protect the whales and incredible biodiversity of this region.

“It’s important for us in the superyacht and marine industry to focus on the health of our oceans, which underpins our livelihoods, the food chain, water cycle and weather patterns.

“Cycling and working in the superyacht industry are my passions. It’s a pleasure and a privilege to be able to unite them both in the London to Monaco Ride, raising funds for such a worthwhile cause.”

You can donate to Tom’s campaign here.