Patriot, the second AC75 built by New York Yacht Club's American Magic, has been wheeled outside its hangar for the first time at the team's base in the Wynyard Quarter of Auckland.

American Magic’s new foiling monohull Patriot has been revealed in New Zealand and will undergo a wide range of tests by the design and shore teams ahead of its future launch.

“This whole America’s Cup cycle has been very unique in that we won’t race another boat until December [at ACWS Auckland]. It’s a completely new class, so there are many things we have to work on to be race-ready,” said American Magic helmsman Dean Barker.

“We know we’re up against three formidable teams, so it’s going to be about doing everything as well as possible, knowing that there are still plenty of gains on the table. We have to keep chipping away at them and hope we are as good as we can be by the time we start racing in January at the Prada Cup.”

New York Yacht Club American Magic, the US Challenger for the 36th America’s Cup, has decommissioned its first AC75, Defiant.

The planned conclusion of Defiant‘s testing lifecycle follows a stretch of sailing that began in September 2019 in Portsmouth, Rhode Island, continued on to Pensacola, Florida, and ended in Auckland after 12 months of hard testing and unprecedented performance. 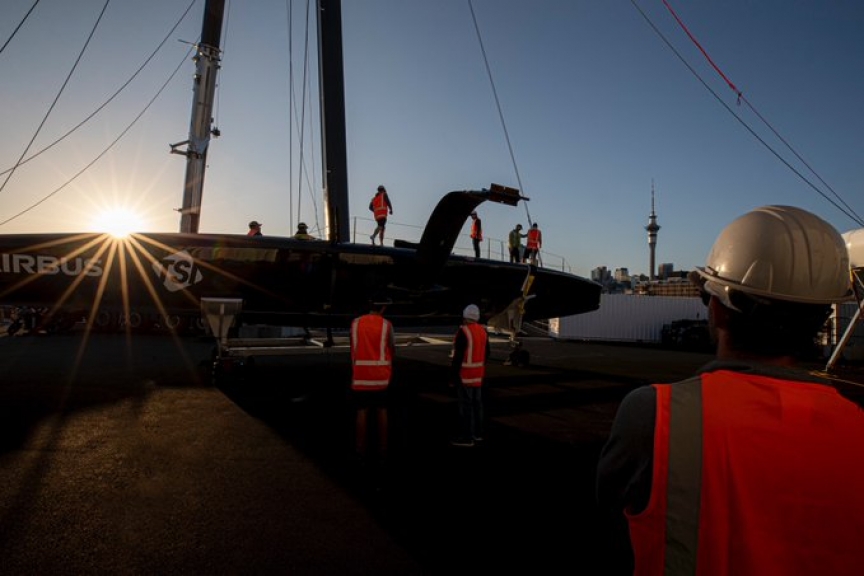 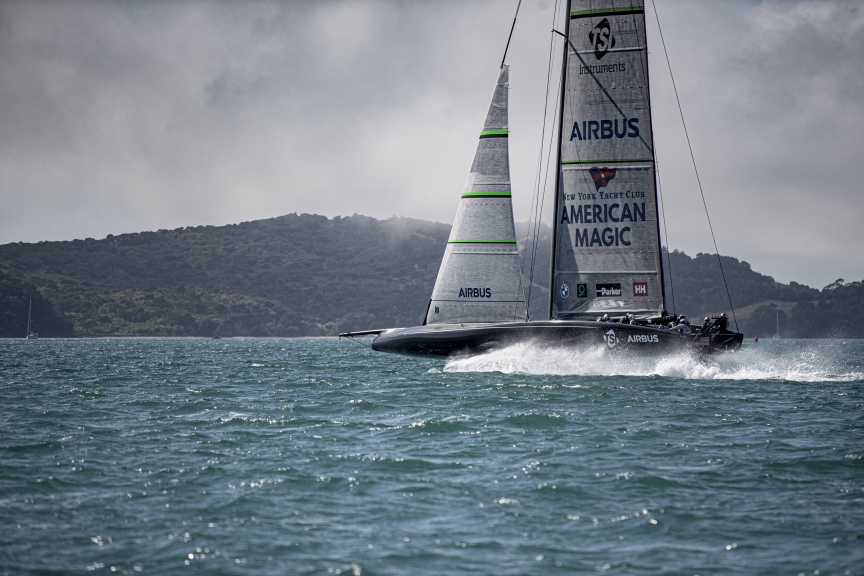 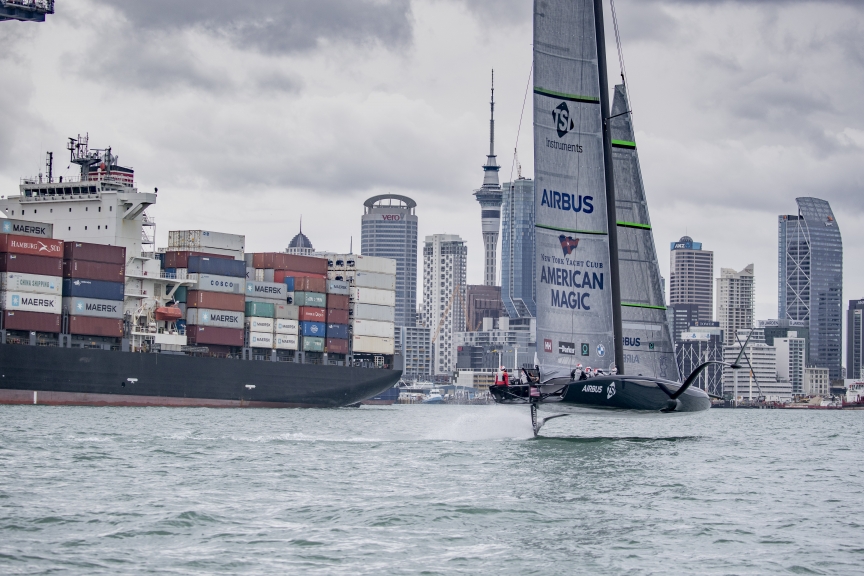 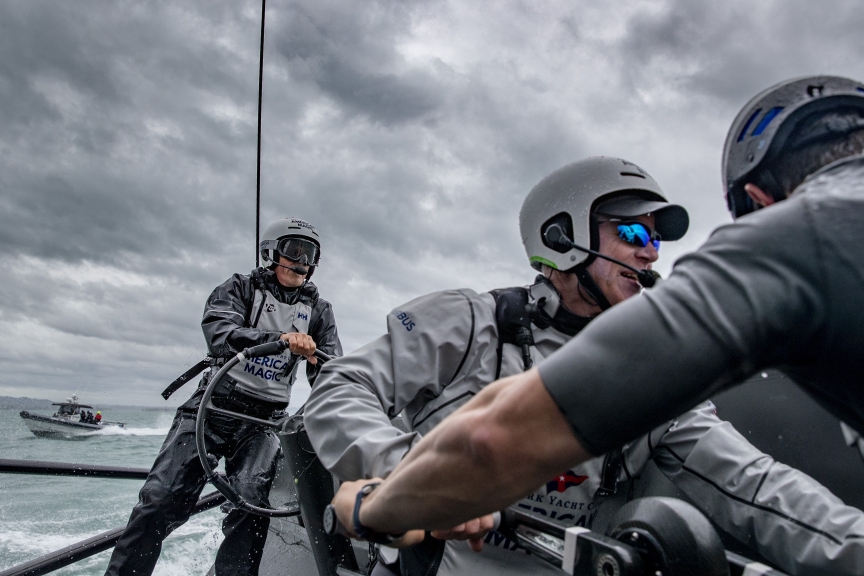 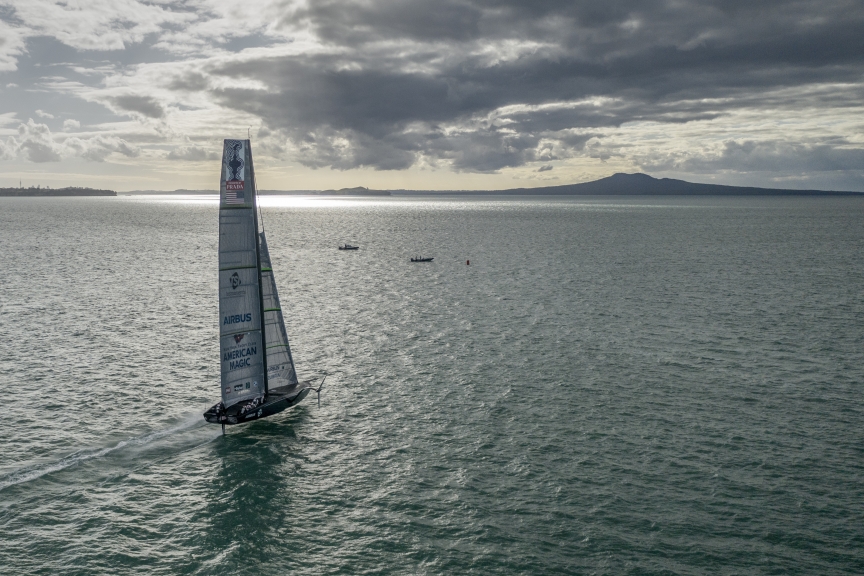 Following Defiant’s decommissioning, the full attention and resources of the team have been directed toward the launch of its second AC75, Patriot.

“Defiant has been an absolutely perfect tool for us to use in the development process,” said Terry Hutchinson, Skipper and Executive Director of American Magic.

“With every one of these programs, you run through certain developmental phases. With this type of boat, with the foils and the sails and the hull forms and the systems inside the boat all being incredibly complicated, it’s been a great platform for us to learn on and to understand the strengths and weaknesses of our team.”

After becoming the first AC75 in the world to sail and foil in September 2019, Defiant sailed thousands of training miles in three widely separated venues while pouring valuable data into the team’s ongoing design process for Patriot.

“While we haven’t been able to do any racing against another boat, we have done plenty of race simulation laps now, while learning what you can and can’t do [in the AC75].”

Barker continued, “The thing with these boats is that they have to be 100-percent race-ready when you leave the dock or it’s almost impossible to sail.”

“I think we’ve been very lucky with the team that we’ve got, and the way they’ve kept the boat in one piece. We’ve managed to maintain a reasonable amount of reliability over the last few weeks in New Zealand. That’s allowed us to be a lot more productive on the water. At the same time, knowing Patriot was getting even closer to being in the water while we were still out learning what we could on Defiant has been really important.”

American Magic Principal Designer Marcelino Botin noted that the design period prior to the launch of the team’s first AC75 was one of the most challenging of the campaign.

“Obviously the AC75 was a new rule that had to be analysed and looked at pretty carefully,” said Botin. “We decided to build [our first AC75] as soon as possible, and as soon as the rule permitted us to do.

The AM38 test boat, nicknamed the Mule by Team Principal Roger Penske, amassed 92 days on the water, and Defiant followed with 66. American Magic’s combined number of training days represents a significant achievement to date by the design, production, shore and sailing teams, and underlines the team’s commitment to real-world data collection and analysis paired with advanced simulation.

Botin said he was proud of the team’s disciplined approach, rapid progress, and how as a group they had risen to the design, production and sailing challenges that the AC75 represents.

“Five or six years ago, you never would have thought that we’d see a monohull foiling and sailing at the speeds these boats do,” said Botin. “To me, the most surprising thing has been how fast these boats can go, especially upwind. They are just really impressive machines.”