Sanctuary Cove International Boat Show (SCIBS) has opened its milestone 30th anniversary showcase, with bumper crowds flooding through the gates early for the start of the iconic four-day event.

City of Gold Coast Mayor Tom Tate rang the traditional Boat Show bell to officially declare SCIBS 2018 open this morning, with more than 40,000 visitors expected to stream through the gates across the next three days.

General manager of SCIBS Johan Hasser said visitor numbers were up on Day 1 from last year, while feedback from exhibitors had been extremely positive, with many reporting a strong start to sales and a steady stream of Show-goers throughout the day.

“We haven’t seen these sorts of opening day numbers for quite some time, so we are really excited for the next three days.”

Local boating manufacturer Riviera has made its much-anticipated return to SCIBS in 2018, and owner Rodney Longhurst said the team had a strong start to boat sales on Day 1.

“So far it’s been a really happy time for us! We’ve sold two boats, a fabulous 52 Flybridge and a 48 Sports Yacht, so we’re very pleased with how things are going,” Mr Longhurst said. 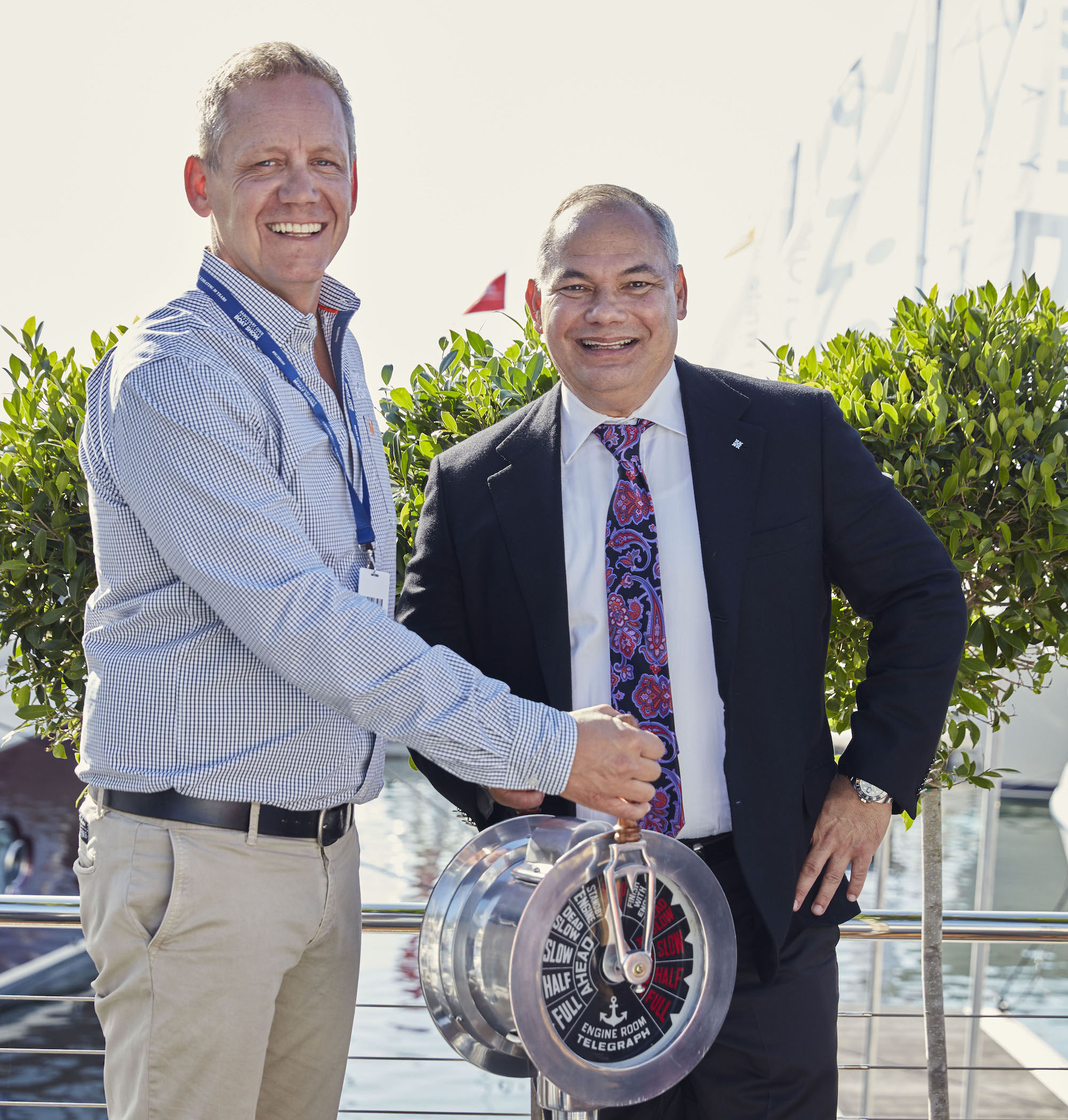 “We’ve had lots of people coming to see the new Riviera lineup, and we’ve got lots of interested people here, so hopefully we can invite more to the Riviera family.”

For Maritimo, this year’s SCIBS is the brand’s 15th Show, but for founder Bill Barry-Cotter, 2018 marks his 30th year as an exhibitor. Maritimo’s head of sales and marketing, Greg Haines, said the day started off strong from the time gates opened.

“We saw a lot of people through the stand before lunchtime!

“We have six boats here including the race boat, and the X-60 is certainly a huge drawcard. Bill’s (Barry-Cotter’s) own S70 is also attracting a lot of interest,” he said.

Multihull Solutions reported strong sales enquiry from the first morning, with strong leads on its power and sail catamaran range.

In The Marine Village, with additional space this year, Sirocco Marine North has a sensational display of 32 RIBS on show, from entry level to the jaw-dropping 10m BRIG Eagle 10, which boasts a speed of 50 knots.

On the Marina, SACS Marine Australia is lapping up the sunshine and positive ambience from exhibitors and visitors.

General manager Colin Wilcox said the team had seen a lot of familiar faces from last year’s SCIBS and the Sydney boat show, which indicated they were getting serious about buying.

“Now that we have boats on the water in every state, and we’re selling a boat a month around the country, people are coming to know what’s great about SACS,” he said.

“This year, the 13m Strider is really getting some attention. We have heard people say they saw us on Instagram and social media, and now they are seeing us on the water, they want one!”

The 2018 anniversary SCIBS features a large number of international, national and Queensland launches, across all market segments, on and off-water.