World-renowned yacht designer Carlo Nuvolari reflects on the last 25 years of work from his Italian studio.

In 1992, Italian designers Carlo Nuvolari and Dan Lenard (pictured right and left) joined forces to form the Nuvolari-Lenard studio, based in the outskirts of Venice.

In the quarter of a century that has since passed, the duo and their team have created iconic superyacht designs from the ground-breaking M/Y Alfa Nero, M/Y Azteca and M/Y Seven Seas to the soon-to-be-delivered 106-metre S/Y Black Pearl, the largest sailing yacht in the world.

As well as having numerous confidential projects over 100 metres currently underway and dozens of timeless custom superyachts already delivered, Nuvolari-Lenard also creates designs for smaller, production yachts including Beneteau and Monte Carlo Yachts, including the well-receive MCY 96 that made its debut last year. Beyond its yachting projects, the team also works on residential projects ashore, some of which are carried out for exisiting yacht owner clients.

Reflecting on the last 25 years of work, Founding Partner Carlo Nuvolari shares with Ocean some of the company’s greatest achievements and landmark projects within the world of superyacht design.

Our recent 25-year anniversary has given us reason to pause and reflect on what has been achieved over the last quarter of a century, as well as to consider where things are heading in the future. A design company needs an identity beyond its styling, and our mission at Nuvolari-Lenard is to produce innovative ideas and solutions that are packaged with Italian flare and iconic elegance,” Nuvolari comments.

“Classics are always ground-breaking; you need to be bold to create something that will be remembered and become a classic. We do not wait for customers to ask us for a design. If inspiration strikes, we study and research before applying new concepts in the projects that are built from our designs. It is our philosophy that everyone within the studio – from junior apprentice designers right up to the partners – should spend the maximum time possible with a pencil in their hand.”

What follows are Nuvolari’s shortlist of highlights from the last 25 years, including a number of pioneering features in yachting that have become a part of the Nuvolari-Lenard “design DNA” and gone on to be widely adopted across the yachting industry.

Many of these design concepts that were introduced by Nuvolari-Lenard have been adopted by other designers over the years. Sometimes it is done in an obvious way and – in certain instances – the company needed to take legal action. But Nuvolari says that the studio does not believe in trying to conceal or protect good work.

In the design world, things must advance, and if we see imitation of our work, it means we must be doing something right. The only way to protect our ideas is to never stand still, and to always push further. By advancing our designs and continually finding new ideas, we will all do better,” he comments. 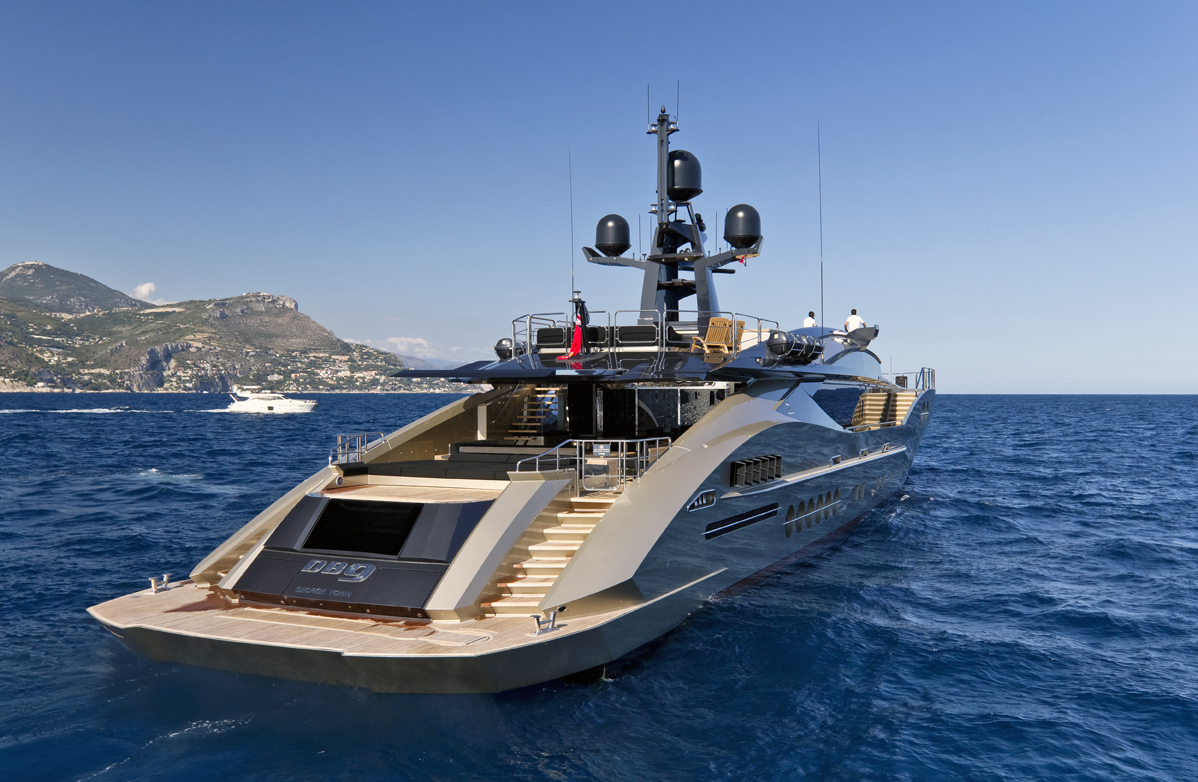 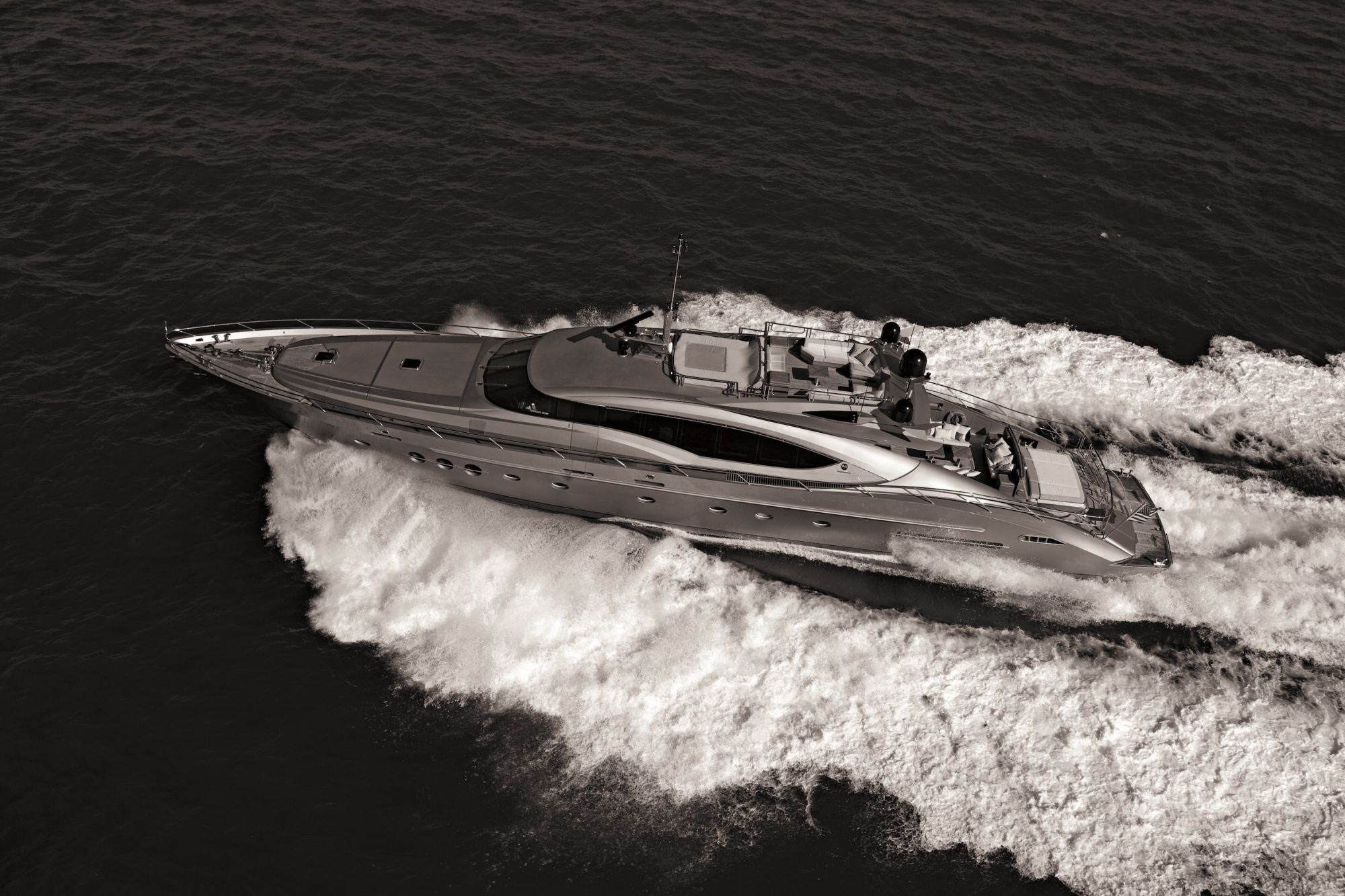 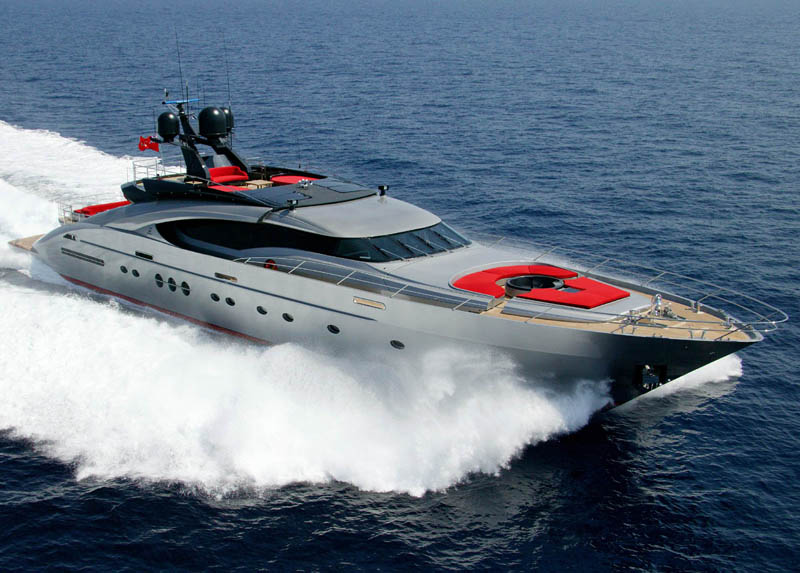 “Car muscles”
The strong “car muscle” lines that are typical of all the Palmer Johnson Sportyachts that we designed have an unmistakable style that became a hallmark of Palmer Johnson, and one of the builder’s most recognisable design elements. These “muscles” were introduced to enhance the sensation of power in the yachts. Aside from their aesthetic effect, they were used to conceal the large air intakes and protect the aft decks from cross winds. 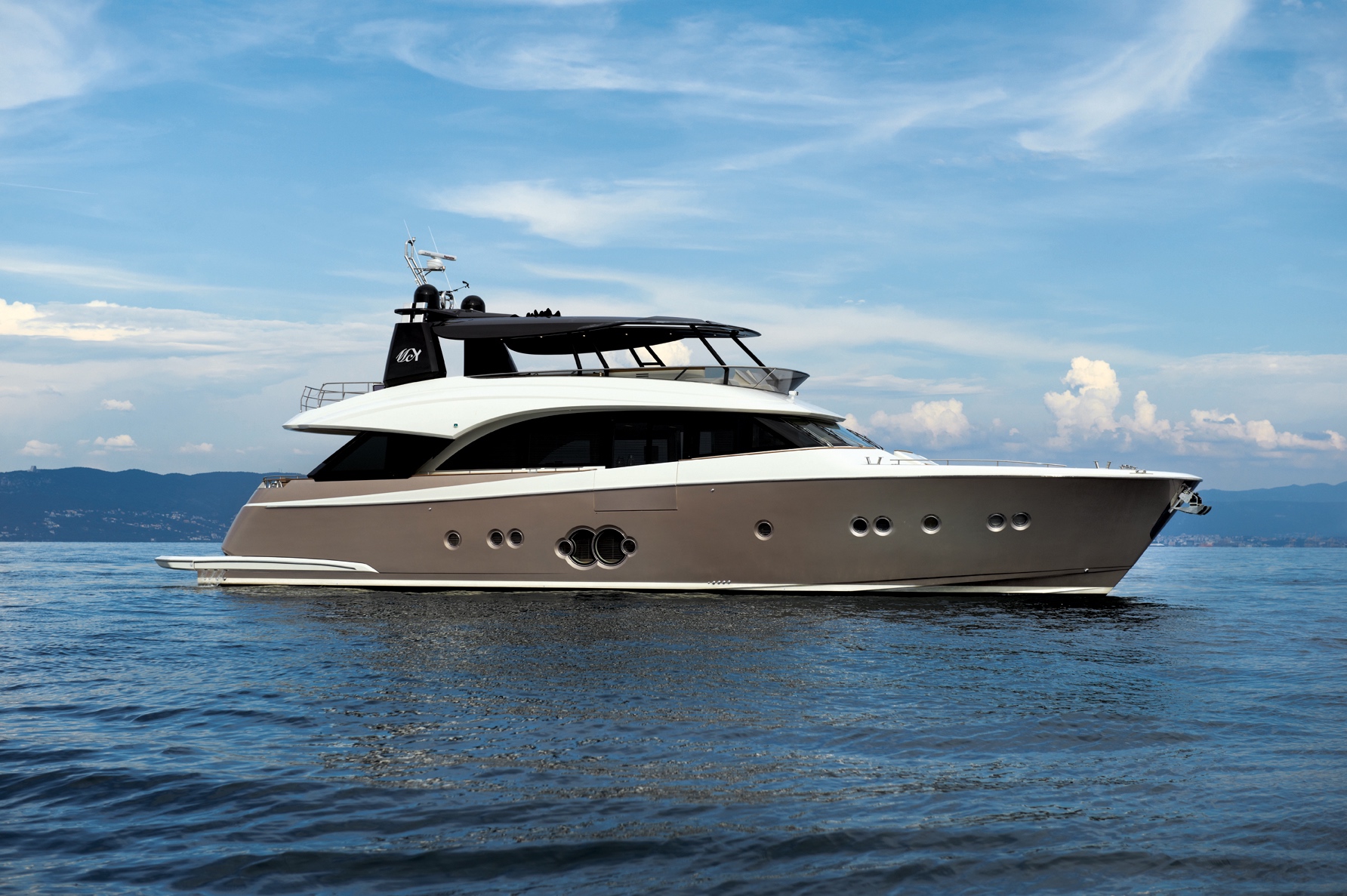 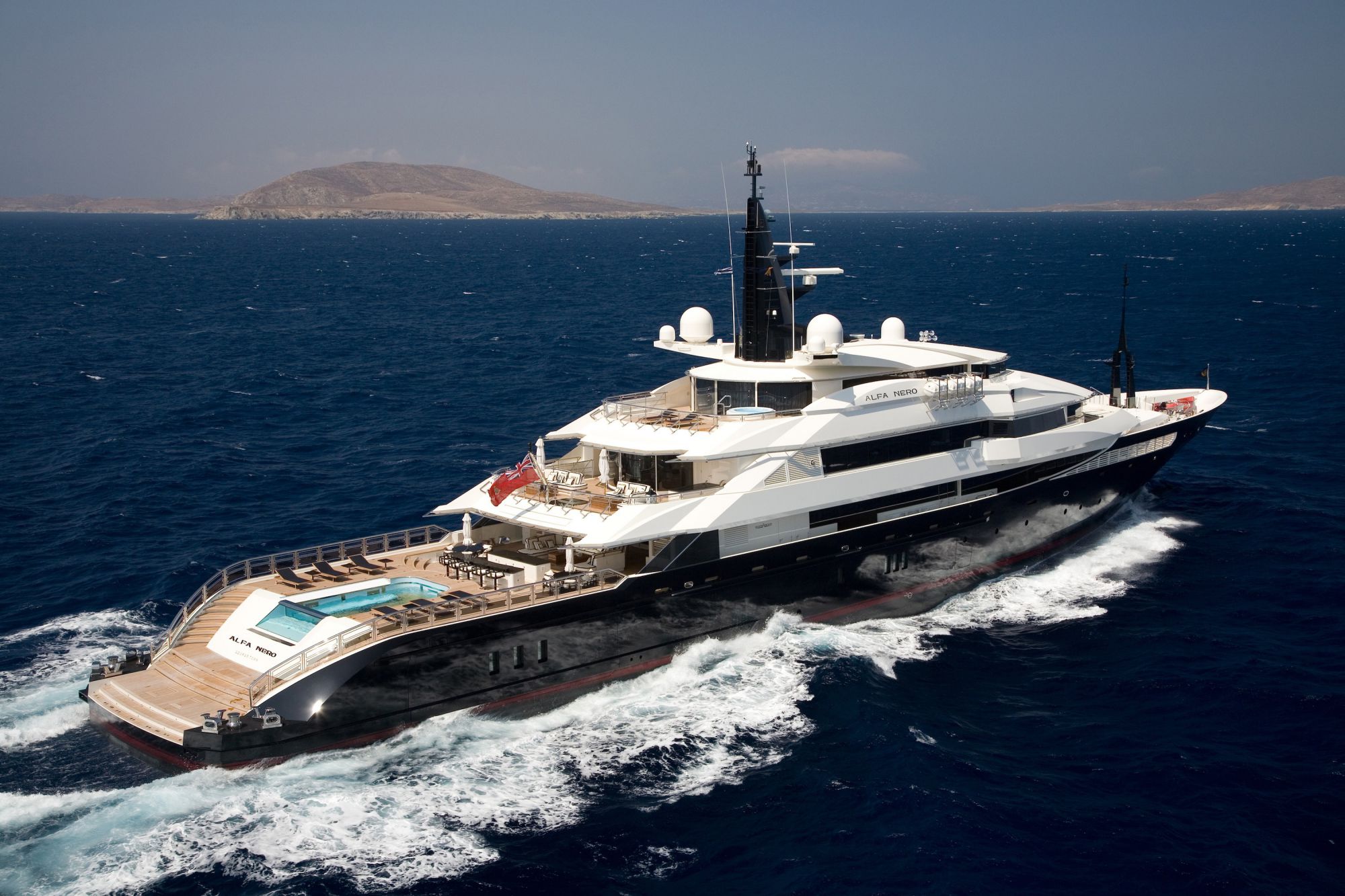 Glass fashion plates
Although fashion plates were nothing new, we introduced them in glass material for our line of Monte Carlo Yachts. Used to connect upper and main decks, the glass protects the aft decks from cross winds while still allowing the field of view to remain open.

As well as all our Monte Carlo Yachts designs, glass fashion plates can be seen on Alfa Nero (2006) and the 109-metre Oceanco new build project currently under construction.

A variation of muscular fashion plates to provide protection to the side decks and give a continuity in superstructure lines can also be seen on one of our latest styling jobs, the 106-metre ‘giga-sailer’ Black Pearl (pictured below), which was recently completed by Oceanco. One of the earliest sketches shows a “glass” fashion plate, which was not built because structurally too weak. It was then decided to have a continuous arc structure. 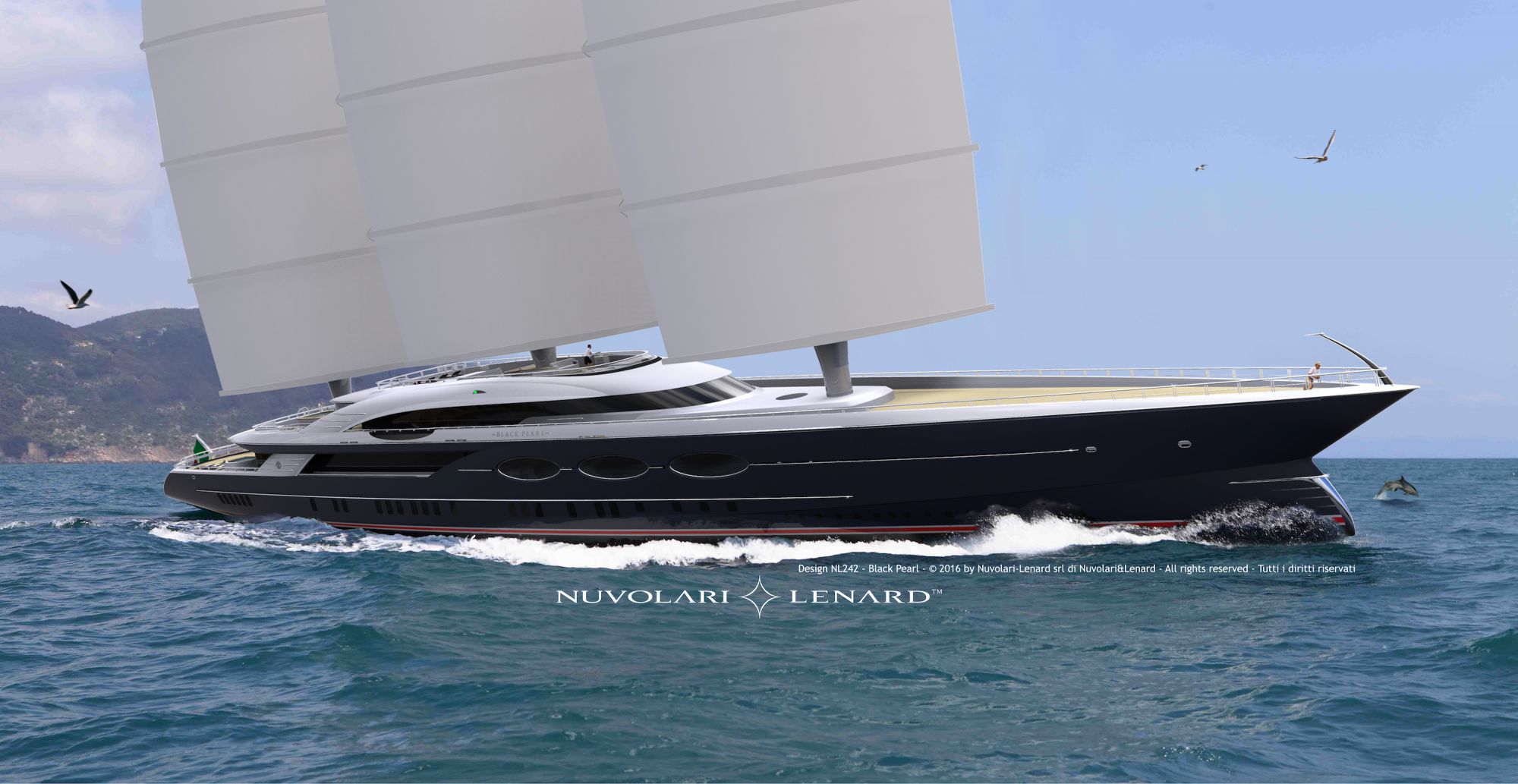 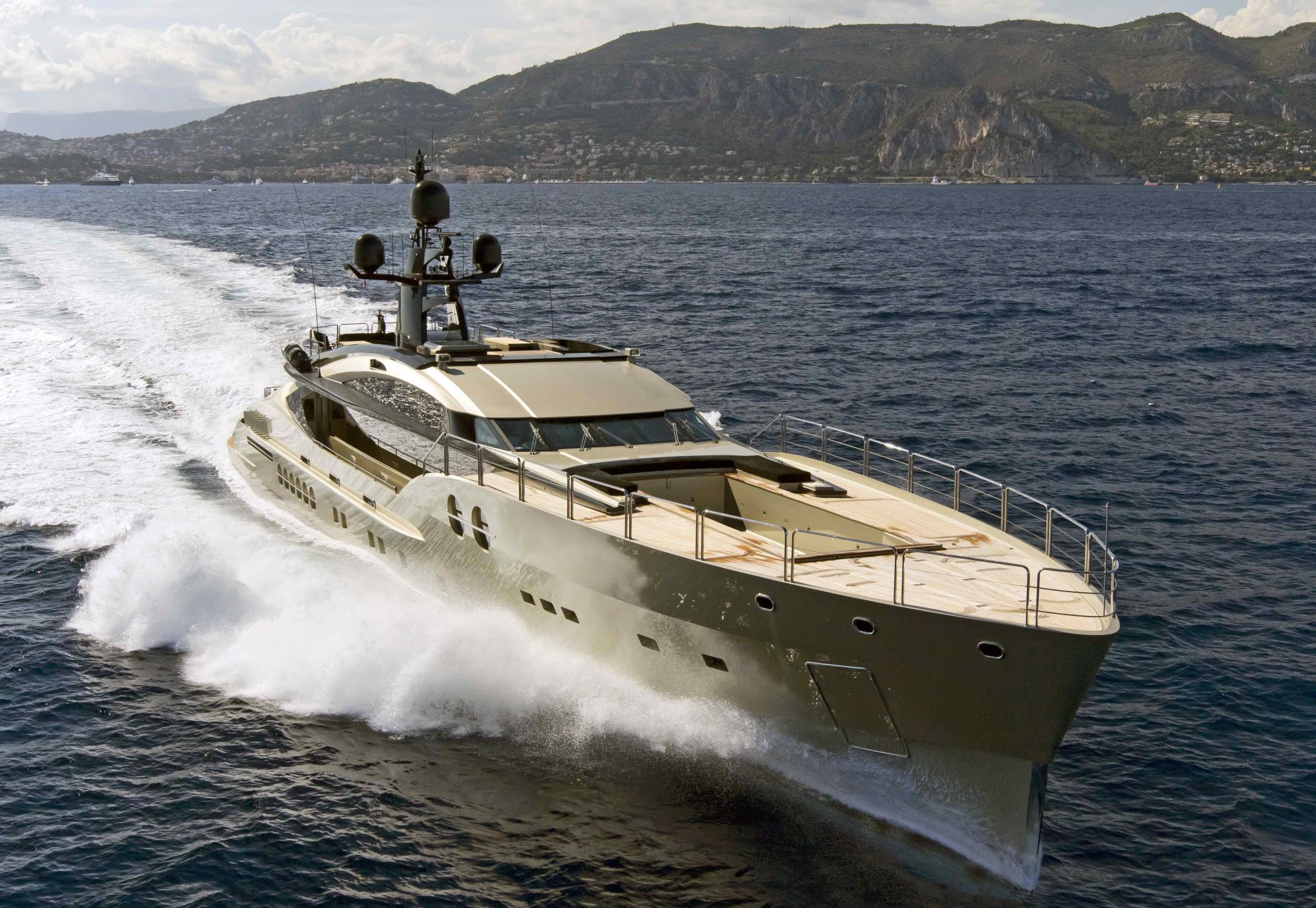 The flared bow
Also seen on Black Pearl is the original and distinctive bow shape, which ensures the longest possible waterline to a flared bow. The unique and unmistakable shape is a variation of the bowline concept seen on Palmer Johnson’s 210-foot and 171-foot yachts. The aim was to provide an aggressive look to the bow while also delivering performance enhancement in the naval architecture, through lengthening at the waterline and using a flare to divert bow spray. 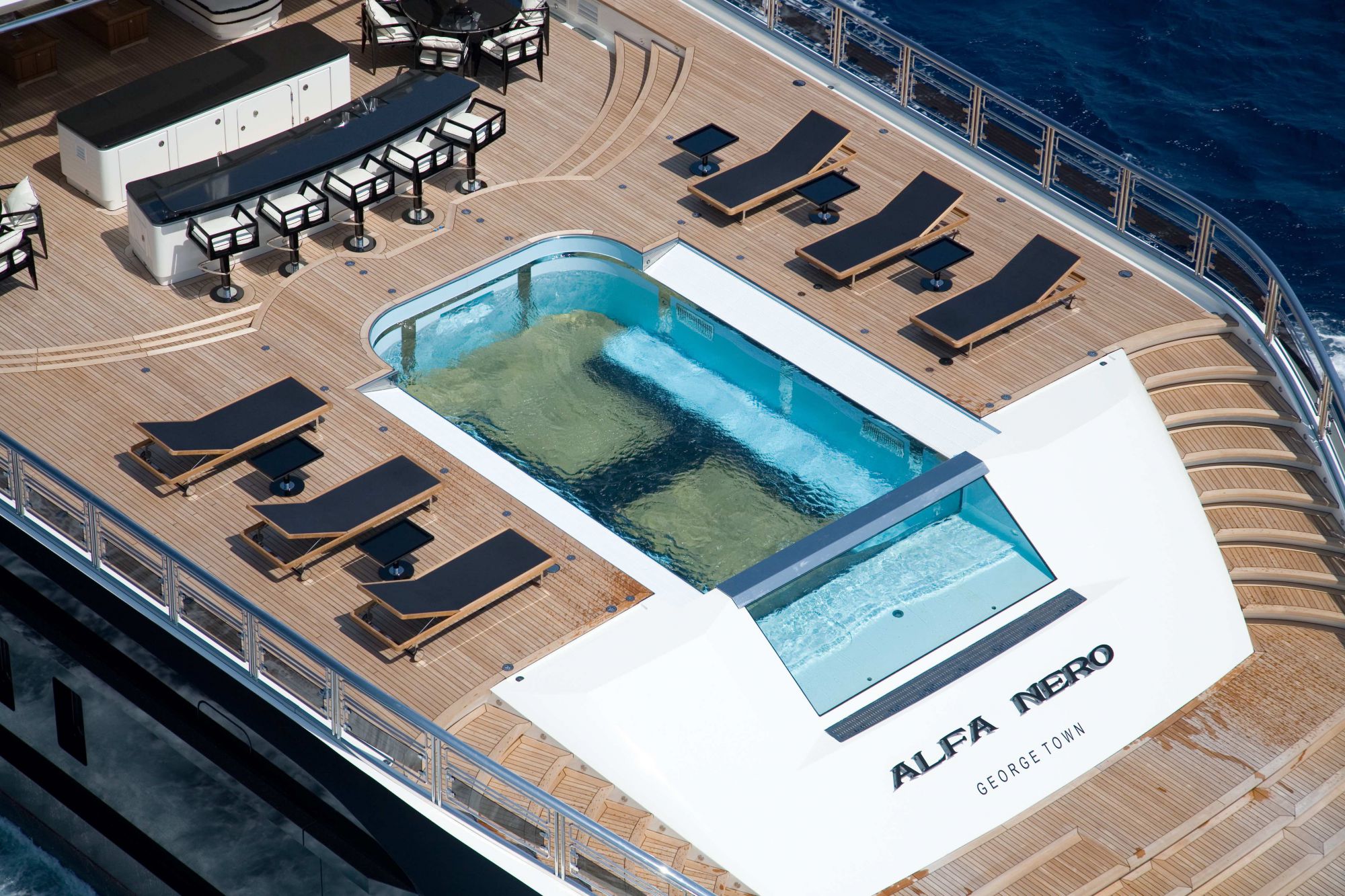 Aft deck infinity pool
Perhaps the design feature for which Nuvolari-Lenard is most renowned, we first introduced a “statement” rear pool on Alfa Nero, again for Oceanco. Our aim was to create a new way of enjoying the aft deck of large “white yachts” that had not been seen before.

We designed the feature because we had noticed that, with the increasing size of superyachts, owners and guests were being moved further away from the sea. This resulted in negative feelings, as though being on a “mini cruise ship” rather than on a luxury yacht.

We wanted owners and guests of 80-metre-plus superyachts to feel more connected to the water and to enjoy the aft deck as they would be able to on a 30-metre yacht. To feel as though they were at sea, not on a ship. The result is not only functional, but it brings a sleekness to the lines of the yacht, as well as to enhance the sense of luxury.

Of course, since this pioneering design was revealed in 2006, there have been many evolutions in the water features of aft decks. Now it is not uncommon to see multi-deck waterfalls and pools that become helidecks or dance floors. It has been inspiring to see all the improvements made in this area of yacht design. 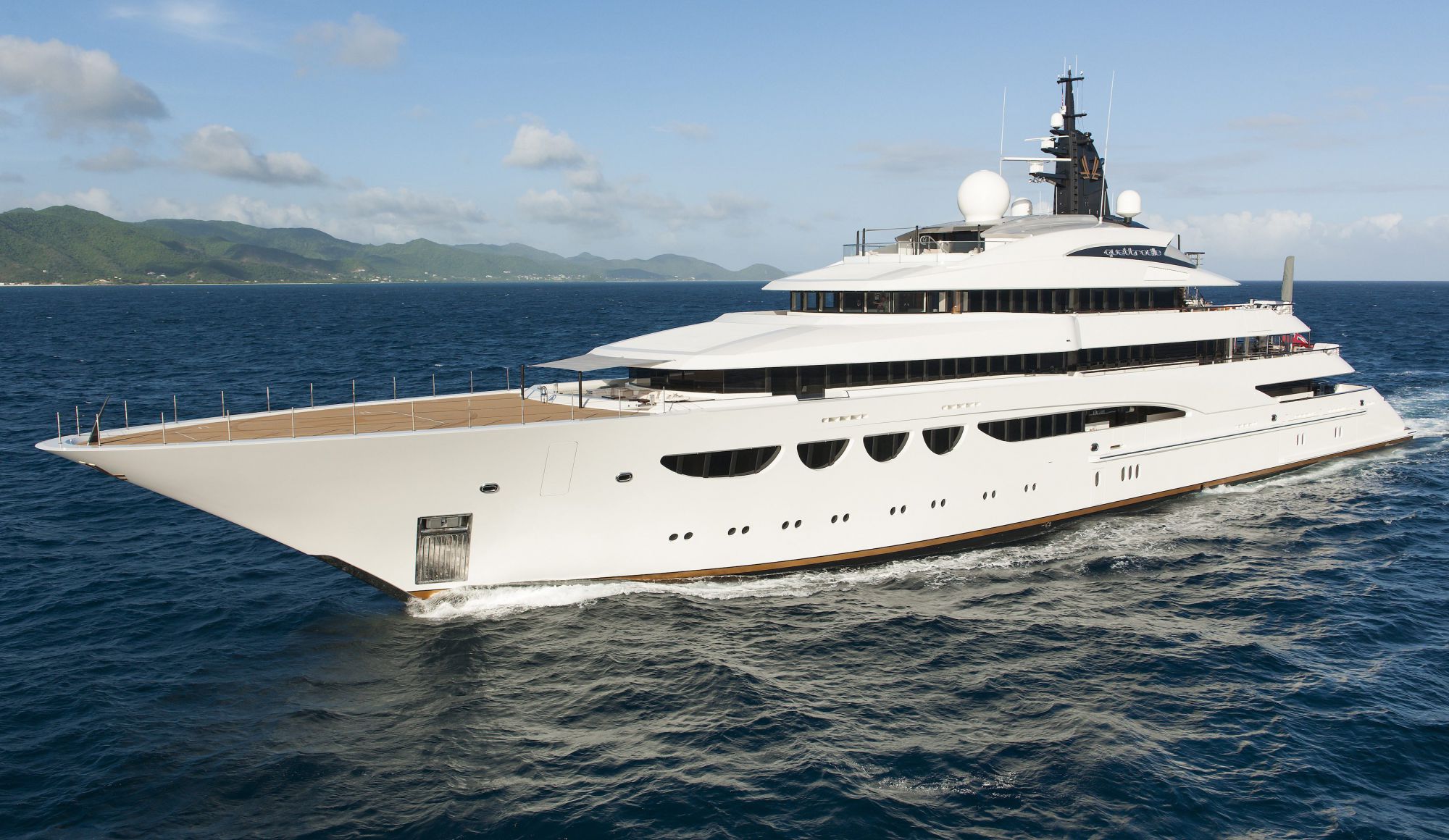 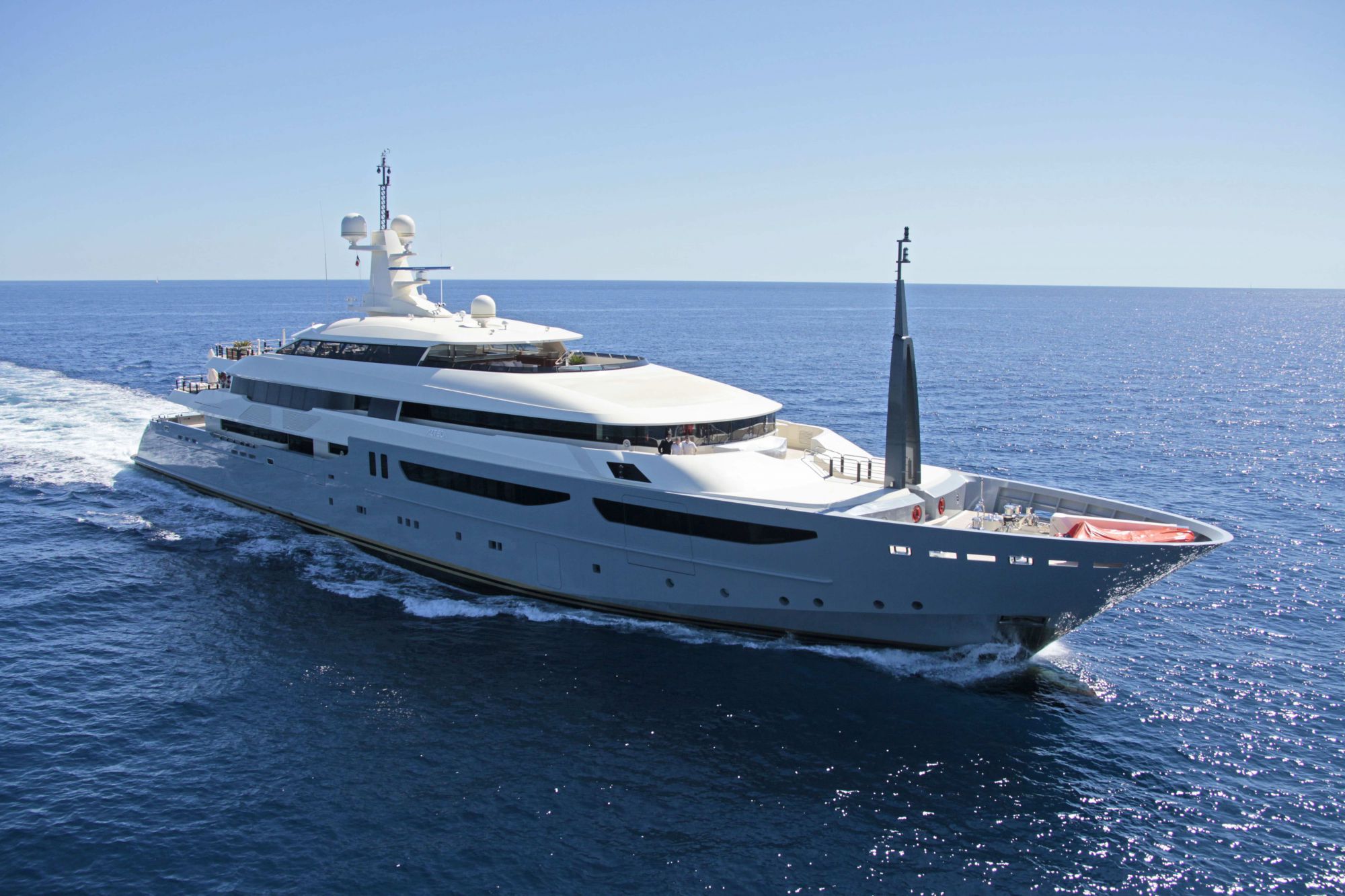 The black mast on board CRN's M/Y "Azteca"

Black masts became an iconic feature of all the largest Palmer Johnsons designed by Nuvolari-Lenard, as well as many of the masts we designed later, not to mention on many other yachts on the water today. With such black details, we wanted to achieve a more masculine, military look for the yachts, in contrast with the generally accepted “gentle” look of the so-called “white yachts”. 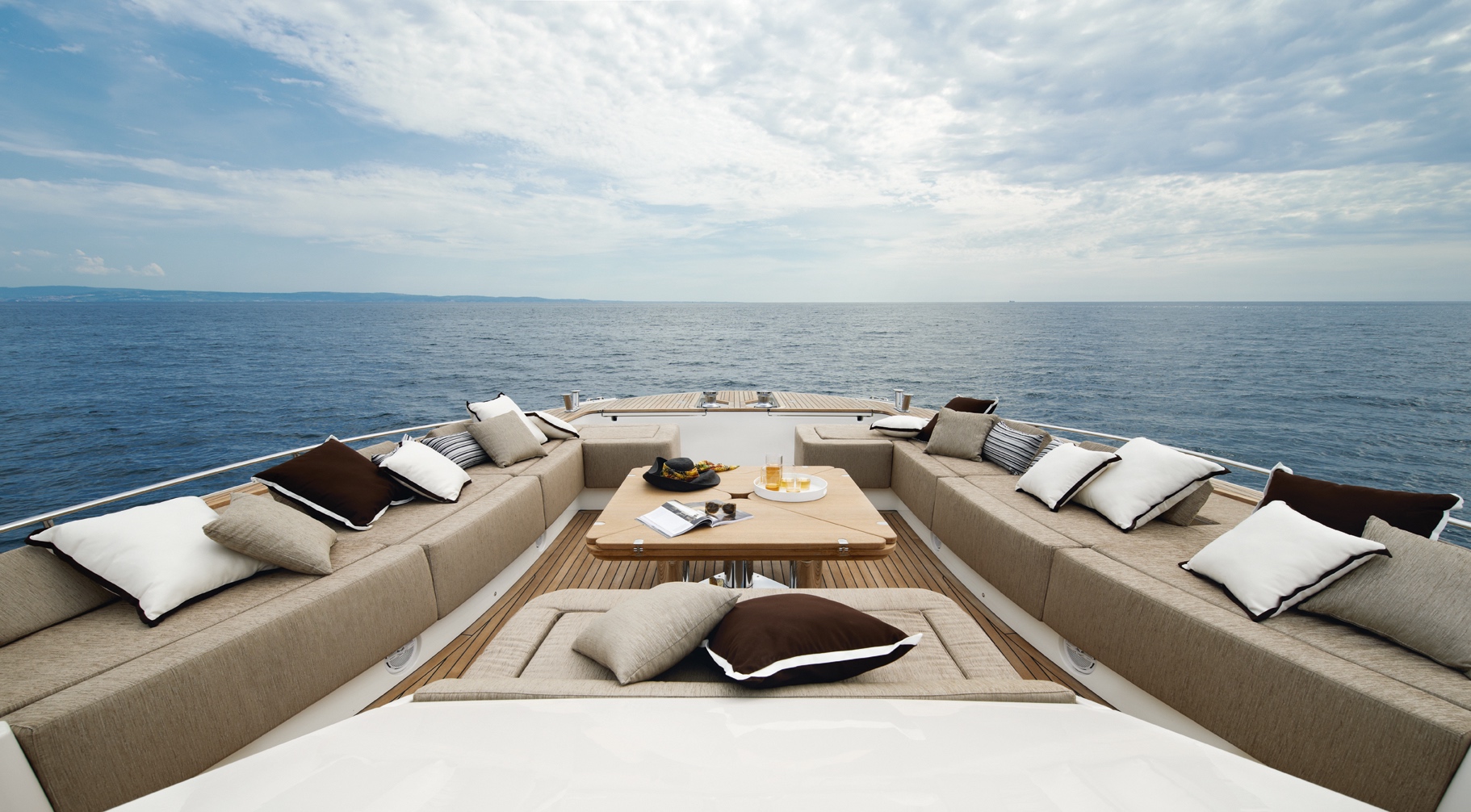 Greater use of foredeck space on the Monte Carlo Yachts MCY86

Today, this has become a popular area for guests to enjoy socialising, especially when at anchor or docked stern-to in a marina or port, as it gives more privacy than being in the cockpit. The majority of serial production shipyards have now introduced layouts with better use of the foredeck due to demand from clients.