Vitters Shipyard has launched a 50-metre modern classic named Meraki, designed by Hoek Design with interior by Rhoades Young Design. The design work of Meraki started with the development and optimisation of hull, deck, and interior layout with a focus on performance, reliability, and comfort as the owners plan to sail in remote areas and race.

The owner is an experienced sailor, and according to the yard, “was engaged in every step of the process”. The design team included sailing legend Chris Bouzaid on hull shape and Clay Oliver who oversaw the optimisation of the underwater appendages. The overall structural engineering, naval architecture work and exterior design was done by the Hoek office in close cooperation with this team.

The yacht features sleek lines with reduced freeboard and low deckhouses which allow the helmsman unrivalled visibility over the deck. Meraki’s hull is one of the first of such large yachts with a slight “tumble-home”. 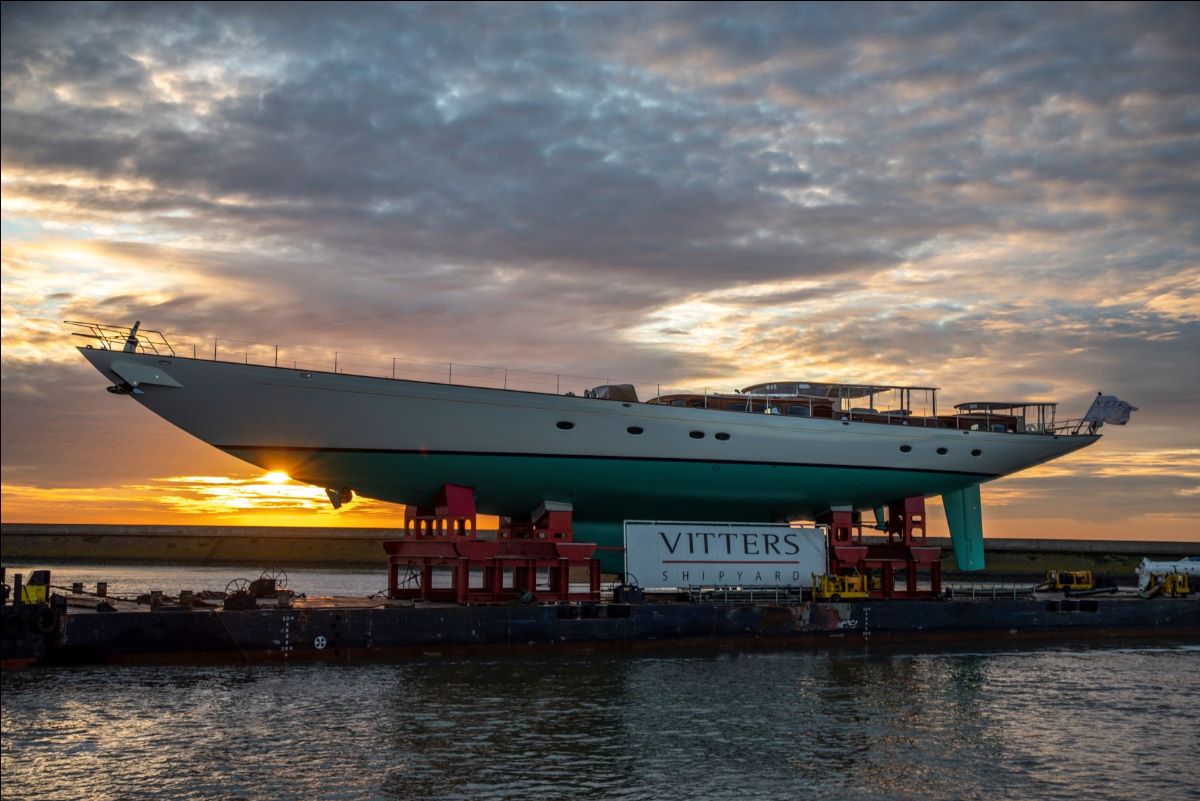 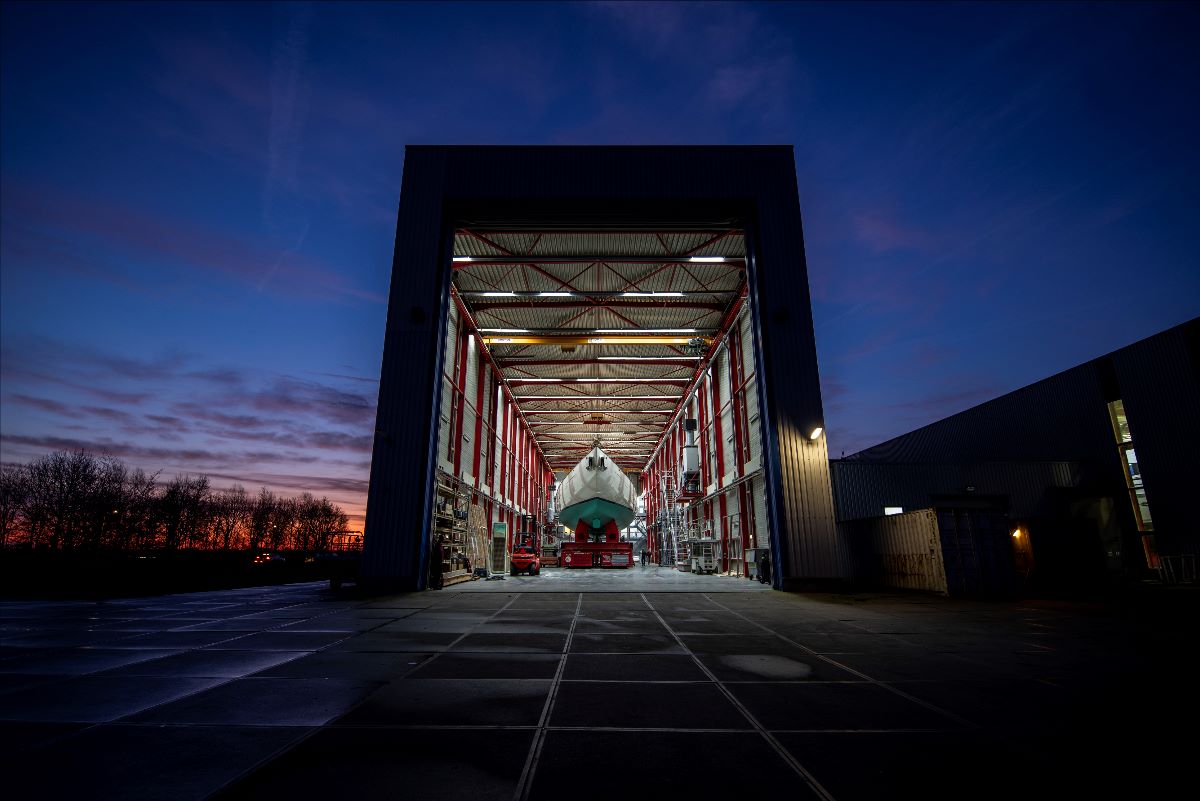 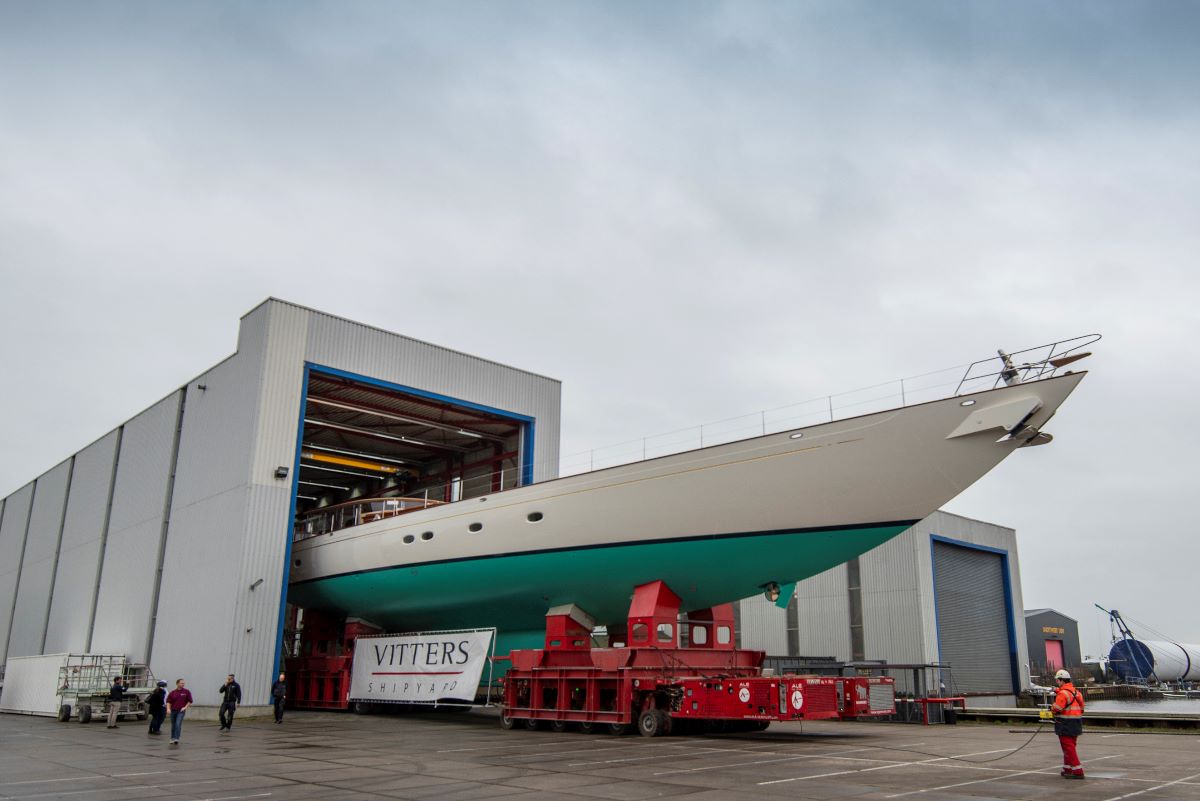 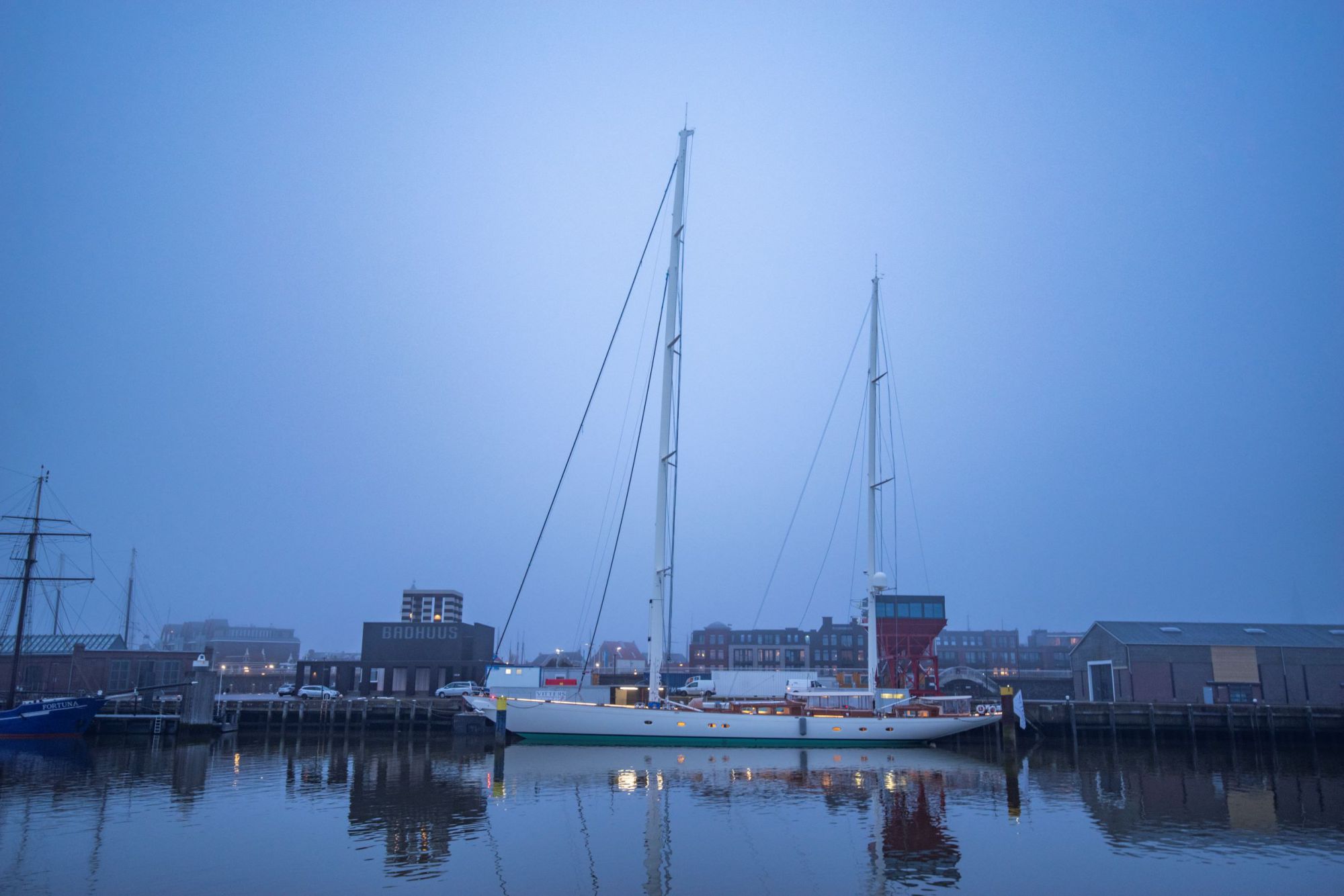 The tumble-home ensures extra righting moment at the optimum angle of heel and contributes to the overall beauty of the boat. The keel was designed with a large centre board to improve her upwind performance.

The team extensively optimised and tested the sail plan that is unusually versatile with a mizzen jib as well as a mizzen staysail and gennaker. On the main mast a code 0 or gennaker can be set and for racing the cruising Yankee staysail can be changed into a blade or Genoa with the removable inner forestay. She has a vast number of additional staysails, asymmetric spinnakers and a code-0, all manufactured by Doyle. Sailing systems are improved and geared for performance sailing and racing. This rig also offers numerous options for comfortable and reliable blue water cruising.

The deck layout of Meraki features a large centre cockpit with two steering stations and forward of the main deckhouse another cockpit area for guests or crew. This forward cockpit is protected by a sprayhood and provides access to the crew area that is located forward in the yacht. There is an aft owner’s deckhouse and private cockpit connected to the owner’s cabin. This rare three-cockpit layout adds a layer of versatility and design flow.

The interior was done by Dick Young who worked closely with the owner, Hoek Design, and Vitters to optimise the layout and its integration with critical technical components.

The interior of Meraki is unique and completely tailored to the owner’s wishes in a contemporary classic styling of the highest quality of any sailing vessel.

The yacht was built to Lloyd’s LY3 in high tensile aluminium to structural drawings of Hoek Design. The yacht has a large engine room with full headroom and good accessibility of all systems. A control room and ships office also provide access to the engine room.

All sailing systems are from Harken, where sheets are on captive winches below deck and halyards and runners are on drum winches. Deck hatches are custom made by Vitters Shipyard. Spars are by Southern Spars in high modulus carbon with carbon standing rigging. The booms are all custom designed.