INEOS Team UK, The British Challenger for the 36th America’s Cup, name their new AC75 Britannia, launching it in Auckland.

INEOS Team UK has officially christened their America’s Cup race boat Britannia from the team’s base in Auckland, New Zealand, three months before the start of racing for the 36th America’s Cup.

From the historic challenges of Sir Thomas Lipton through to Sir T.O.M. Sopwith and more, the ‘Auld Mug’ has evaded British hands for 170 years ever since the yacht America won the first edition of the regatta in 1851 and took the famed trophy off of British shores.

Team Principal and Skipper Sir Ben Ainslie and his assembled team will bid to become the first team ever to bring the Cup back home.

Britannia will be helmed by Ainslie, with fellow Olympic Gold medallist Giles Scott serving as Tactician. 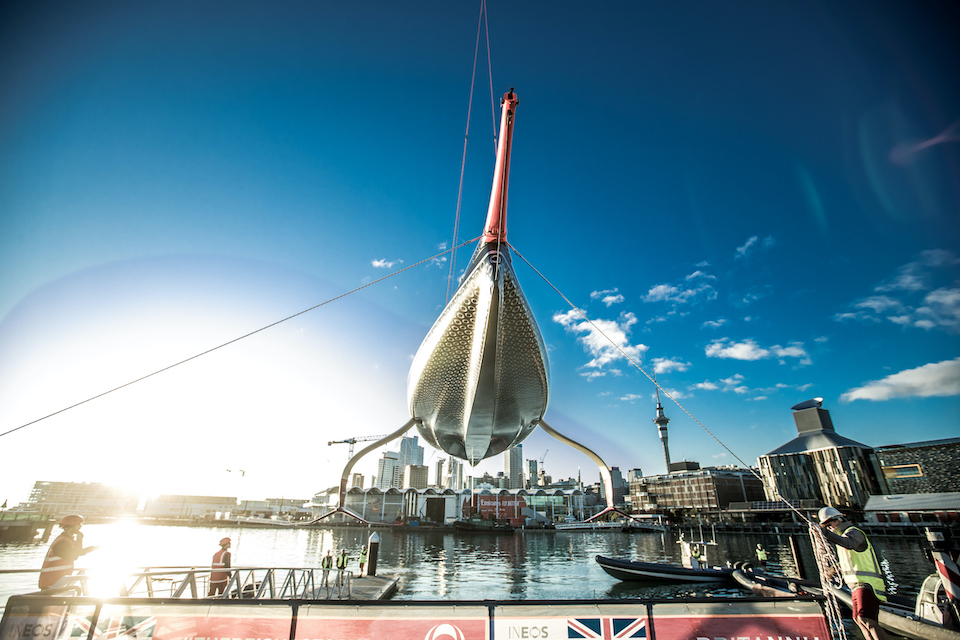 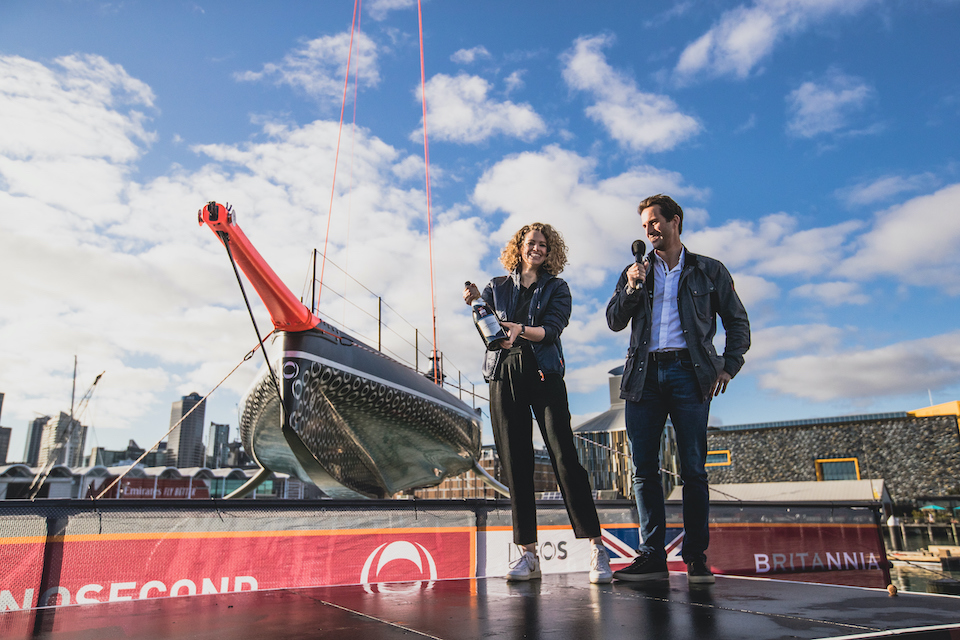 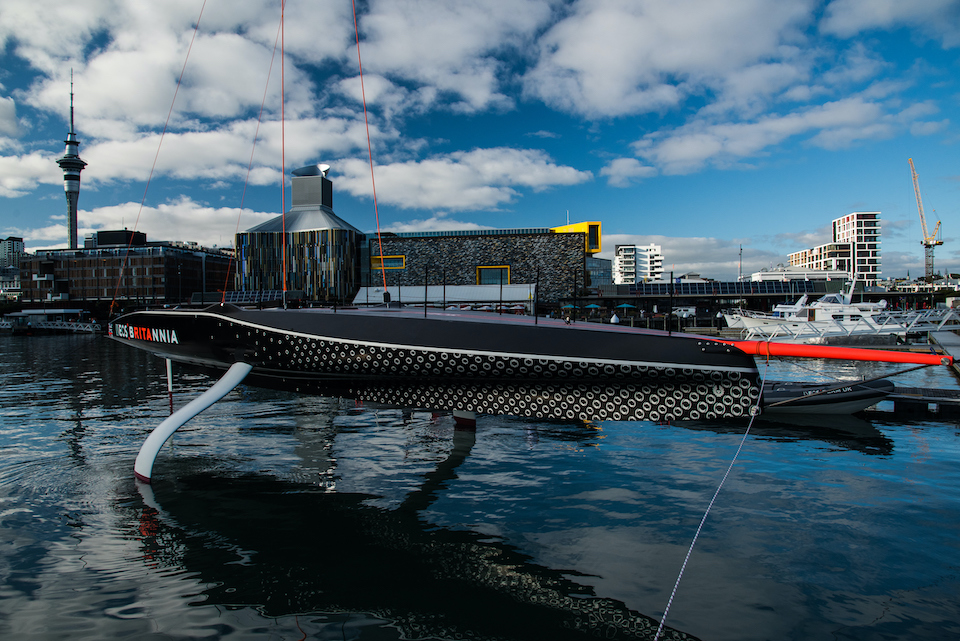 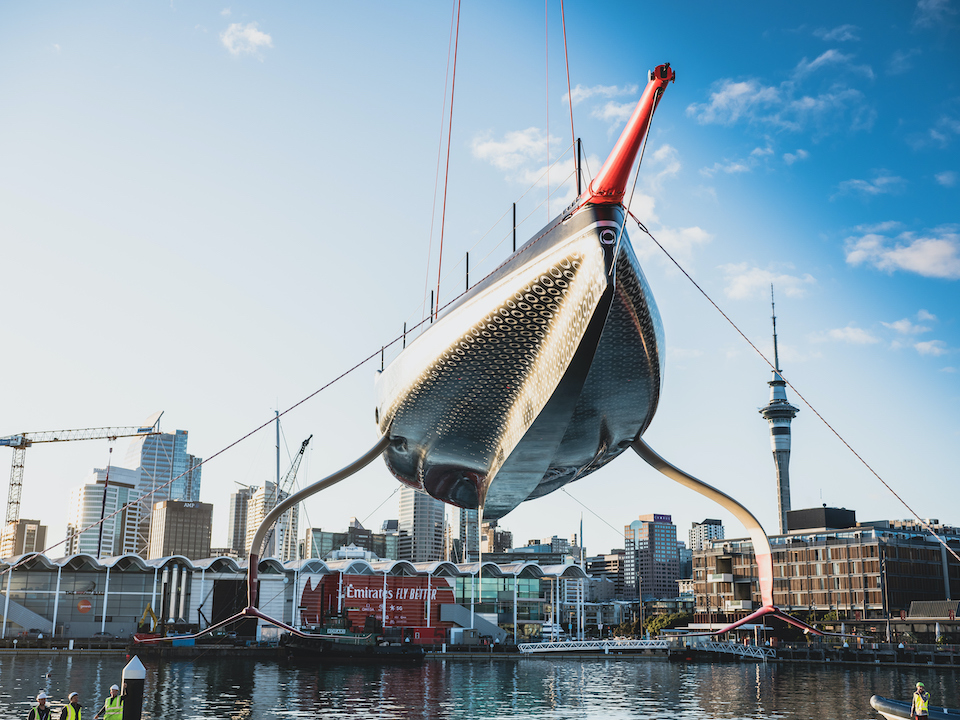 “Today marks a landmark moment for all of us”, said Ainslie, “a huge amount of hard work and dedication has gone into designing and building this race boat, including over 90,000 design hours and 46,000 construction hours.

“This is a big step forward for us as a team and we can’t wait to get out on the water in the Auckland Harbour. The coming months will be an intense time, as we will need to make every second out on the water in this new boat count to get the full potential out of her by the time we start racing in the America’s Cup World Series this December and beyond, but we are all looking forward to taking on this challenge of a lifetime.”

With estimated top speeds of over 50 knots, Britannia is a significant evolution from the team’s first AC75 with noticeable changes to hull shape, deck layout and more. Speaking on the design, development and build of Britannia, INEOS Team UK Chief Designer Nick Holroyd added:

“The biggest change from RB1 is simply that the fundamental capabilities of our design group have evolved immeasurably over the past two years. This boat is on time, perfectly on weight and the detail of the fit out and systems is immaculate. That is a real credit to each team member involved.

“Since developing the first boat, the race area and the condition limits have been clarified, and we have had time to sail and test the dynamics and loads. That has made the focus of the design team much clearer and enabled us to design and engineer finer tolerances. On top of that, having a crew that has now sailed an AC75 in RB1 makes us much more dialled in with the end users, the sailors, and enables us to be more specific to their set of requirements.

“This is an incredibly exciting class of boat at the bleeding edge of our design field, we feel incredibly lucky to be involved in these types of projects.”

INEOS Team UK will now be sailing Britannia in Auckland Harbour for the coming months ahead of the America’s Cup World Series Auckland from 17 – 20 December.

This follows on from news that American Magic were the first team to launch their second boat, christening it Patriot.