Tap your shoes together and close your eyes, there's no place like home in 2021.

From Sydney to Hobart – the following hotels are some of Accor’s most anticipated new properties scheduled to open in Australia in 2021.

Accor will open a new-build luxury boutique MGallery hotel, The Porter House Hotel Sydney, on Castlereagh Street in late 2021. This landmark mixed-use development will comprise a 36-storey tower with a 121-room hotel housed over levels 1-9 with 131 residential apartments above on levels 10–34.

The hotel and its residences will interweave the existing 1870s heritage-listed Porter House into the adjacent tower. Guest rooms and suites in the new tower will take their cue from the heritage building. The Porter House Hotel will also feature a pool and fitness centre, two restaurants, a fourth-floor bar with roving art gallery, meeting and private dining facilities and a business centre. 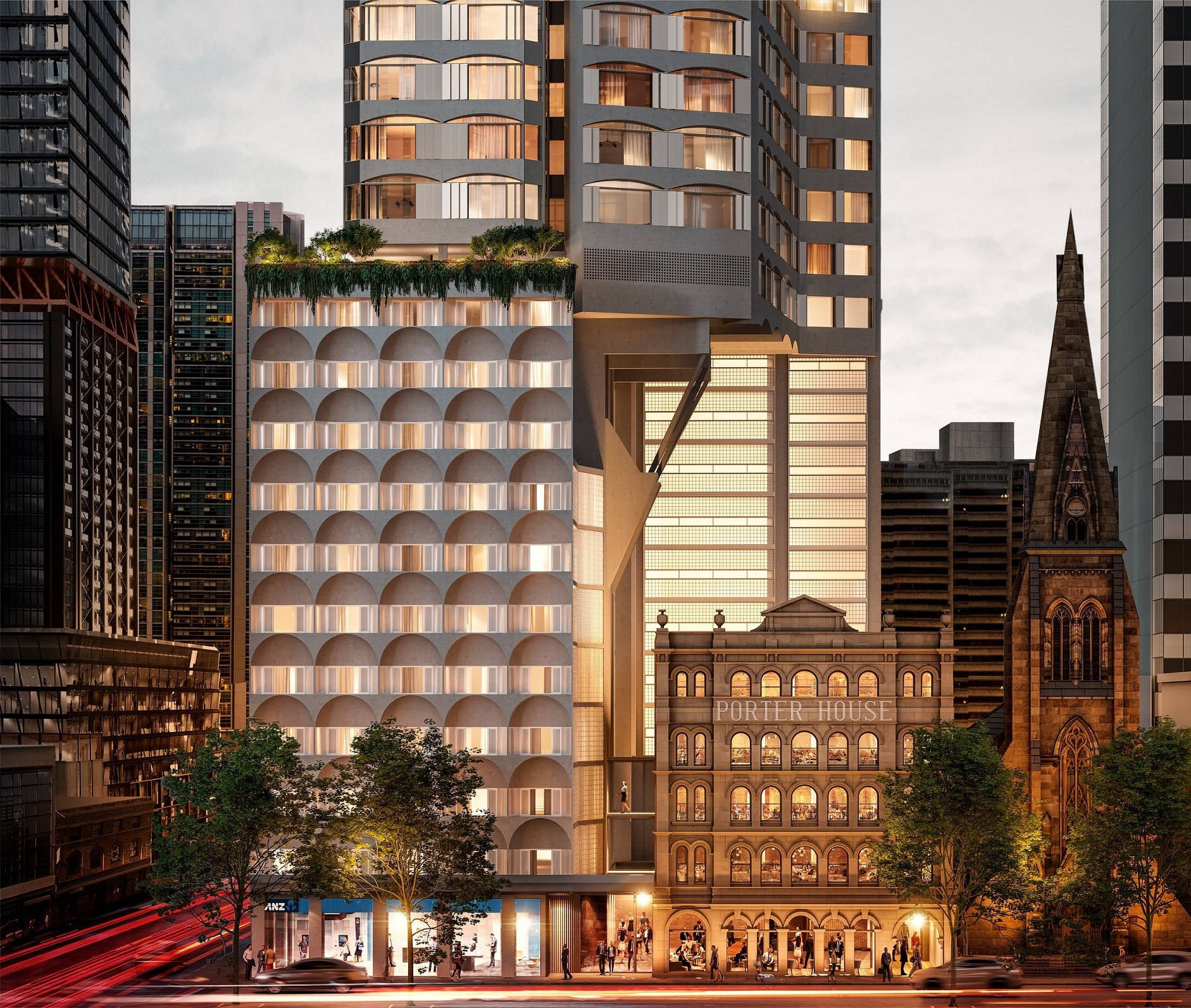 The Sebel Melbourne Ringwood is on track to open in February 2021, which will bring 103 rooms to Melbourne’s burgeoning Eastern suburbs growth corridor in Ringwood. Spanning six floors, the property will feature 48 studio apartments, 48 one-bedroom suites and seven two-bedroom suites, with guest access to impressive onsite amenities including, an ultra-modern fitness centre, four meeting spaces, two function rooms, a restaurant and bar and an open-air terrace.

Located 23 kilometres east of Melbourne’s CBD and two minutes from retail shopping mecca Eastland, Ringwood is the gateway to the Yarra Valley and a rapidly growing commercial corridor.

Expected to open  mid-2021, Sofitel Adelaide will be a world-class hotel – exuding a refined and understated sense of modern luxury with a touch of Sofitel’s renowned French decadence. Located in Currie Street in the city’s CBD, the hotel is the first internationally recognised five-star hotel to be built in Adelaide in 30 years.

The hotel will be part of a 32-storey mixed-use tower, which in addition to being a hotel, will also house the tallest residential development in South Australia. Of the 32 stories, the first 24 will be dedicated to the hotel, with a total of 250 guestrooms and suites, together with leisure and business facilities, which will include a restaurant, four bars, ballroom, swimming pool, health and fitness centre, meeting and conference rooms and a Sofitel Club Lounge.

Accor will introduce its premium Swiss-born hospitality brand, Mövenpick, to Australia in January 2021. Mövenpick Hotel Hobart is set to be a warm, contemporary designed hotel with a cosmopolitan vibe that invites exploration and discovery.

Located on Elizabeth Street, one of Hobart’s principal heritage streetscapes, and close to the bustling Hobart waterfront, the new-build hotel is within close reach of the city’s key commercial, retail and leisure attractions and will boast 221 guestrooms and suites with spectacular views of Hobart’s historical city and harbour, an onsite restaurant, gymnasium and meeting facilities. A range of Mövenpick brand signatures will also be offered at the hotel, such as a daily Chocolate Hour for guests.