CRN’s shipyard based in Ancona has launched its new superyacht Latona, turning its owner’s dream into reality.

With a private ceremony, CRN launched Latona, the new 50 metre superyacht. Inspired by the historic Superconero, Latona marks the success of a new collaboration between CRN’s Engineering and Interiors and Design departments with Zuccon International Project.

The result is a displacement yacht in steel and aluminium with a classic style and refined details, each chosen individually by its owner. The balance between the interior volumes and the desire to make the vessel as lean as possible have led to the creation of a yacht with sleek lines and a slender bow.

With its 50 metre length, 8.60 metre beam and five wide decks, Latona is characterised by the large interior spaces and extensive windows that offer the owner and his guests constant contact with the sea. 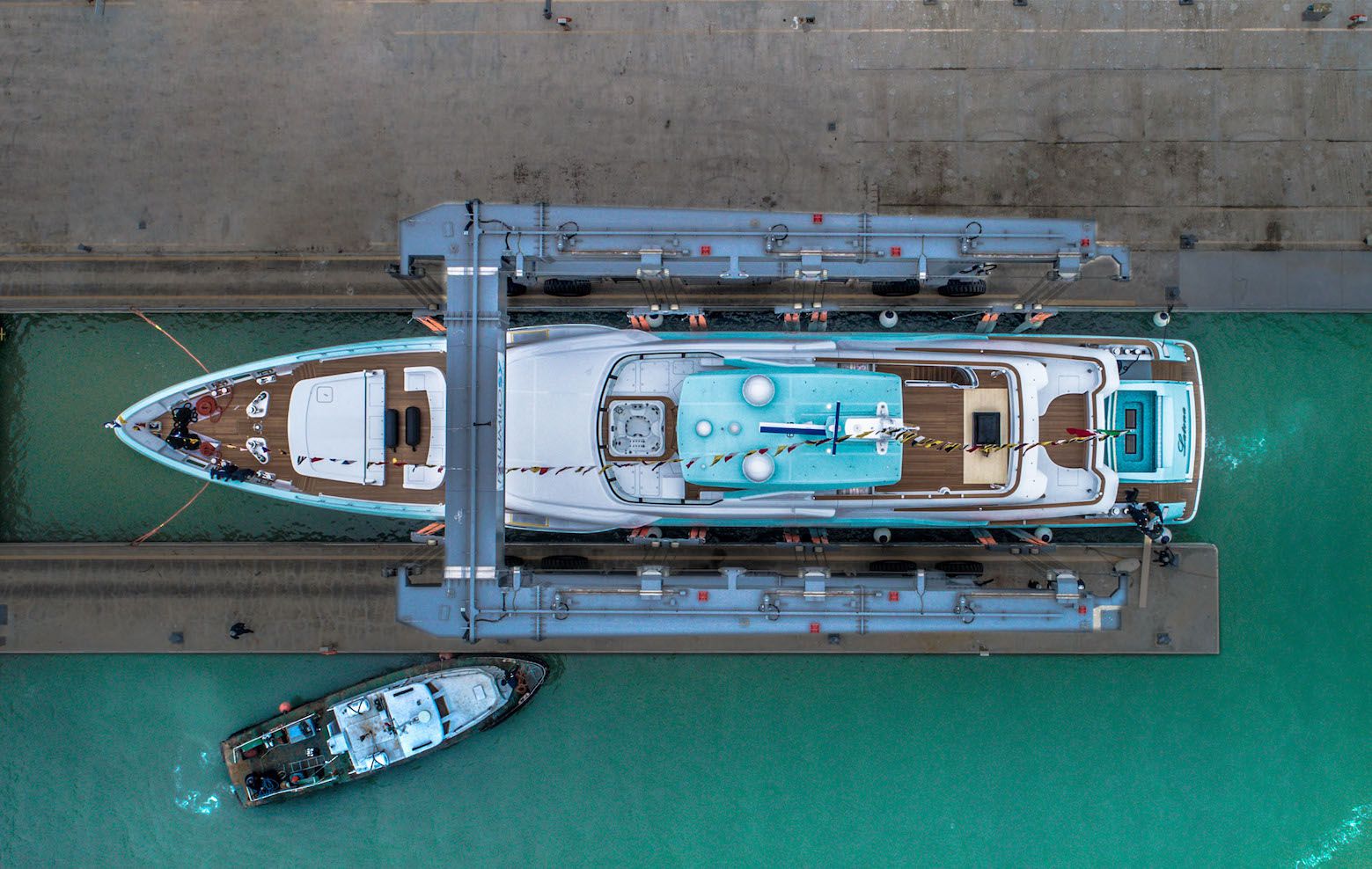 the 50 metre Latona from CRN.

The design solutions implemented by CRN make it possible to fully experience the navigation experience, thanks to the balcony used for cruising and the terrace overlooking the sea, the area is open and enjoyable when the yacht is moored. The garage is floodable, allowing the tender to enter the water without using a davit, and transforming a purely technical environment into an open-air living area perfectly integrated into the beach club.

“Every launch is a reason for great pride for the shipyard”, stated CRN’s and Ferretti Group’s CEO Alberto Galassi.

“This complex, magnificent, 50 metre construction, realizes the desire of a selective and resolute owner, who has turned to the expertise and the ability of CRN to build his personal project, turning his vision into a magnificent vessel.”

The latest addition to the Atelier CRN, Latona, will be presented as a world premiere at the Monaco Yacht Show 2018.

Luxury in all conditions

Luxury in all conditions