On the water, safety is an absolute priority.

Which is why Mercury has developed 1st Mate, the world’s first engine-integrated man overboard and proximity-based theft deterrent system.

First glimpsed at Boot Düsseldorf, it was launched by Brunswick Marine in EMEA it’s the first alarm of its kind.

Using wearable technology for up to eight people, 1st Mate turns the engine off or sounds an alarm during a man overboard event, and can also send notifications to emergency contacts. If the proximity of the fob is not in range, the system disables or puts the engine in guardian mode.

1st Mate is composed of an intelligent hub, a set of wearable devices, and a mobile app which integrates with a boat’s propulsion systems. 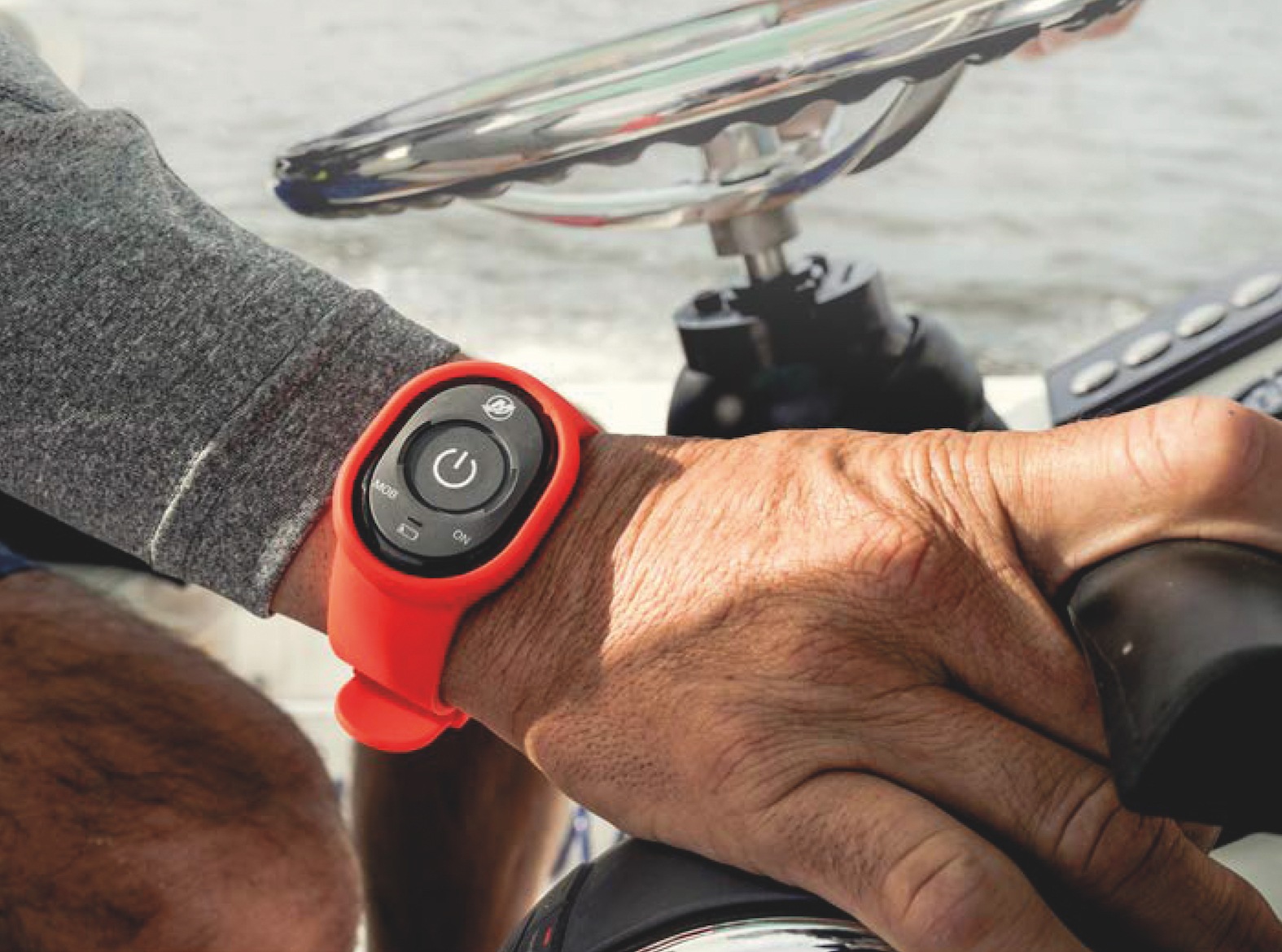 This system protects a boat’s captain and up to seven passengers.

If the system detects that the captain has fallen overboard, the device sends alerts to the system’s hub, its app and all the passengers’ wearable devices. The system cuts the engines and sends specific instructions to the passengers’ cell phones via the app.

The instructions guide the passengers through restarting the engines and safely steering the boat back to the location of the incident.

If a passenger falls overboard, the system likewise sends alerts to the captain and other passengers. The captain receives heading instructions to return the boat to the location of the overboard event.

If a boat’s captain is alone and the system detects that the captain has fallen overboard, it sends a distress message to a list of emergency contacts detailing the GPS location, time and date of the event.

Theft-deterrence capabilities vary according to the boat’s engine technologies but in all cases, the system provides engine-locking functions. For boats powered by Mercury outboards with SmartCraft technology, the system not only requires an “unlock” command from the captain’s app or wearable device, but also requires engines that have been removed from the boat to detect a “handshake” from the system before they can be restarted.