Alexander Marine Australia welcomed 80 owners to the tropical surrounds of Hamilton Island for their annual Whitsundays Get Together.

Set against the sublime backdrop of the Whitsundays, the three-day festivities took full advantage of the island vibe, kicking off on Friday 21 September with a cocktail party at Keel Deck beneath the famous Bommie Bar at the spectacular Hamilton Yacht Club.

Of interest to guests was the collection of Grand Banks, Palm Beach and Ocean Alexander vessels assembled in the marina.

Todd Holzapfel, Dealer Principal for Ocean Alexander, welcomed guests, who had travelled from Melbourne, Sydney, Adelaide, Brisbane, Townsville and the Gold Coast for the rendezvous.

“This event is about getting to know each other, enjoying time together, renewing ties and making new friendships – all of us united in our love of the on-water lifestyle,” he said.

“We are passionate and proud of the new boat brands we represent: Ocean Alexander, Grand Banks, Palm Beach and Galeon, and we love to share our experiences, enriching each other in the process. Remembering our expertise extends to offering for sale a wide collection of beautiful brokerage motor yacht options that we can match to specific buyers.” 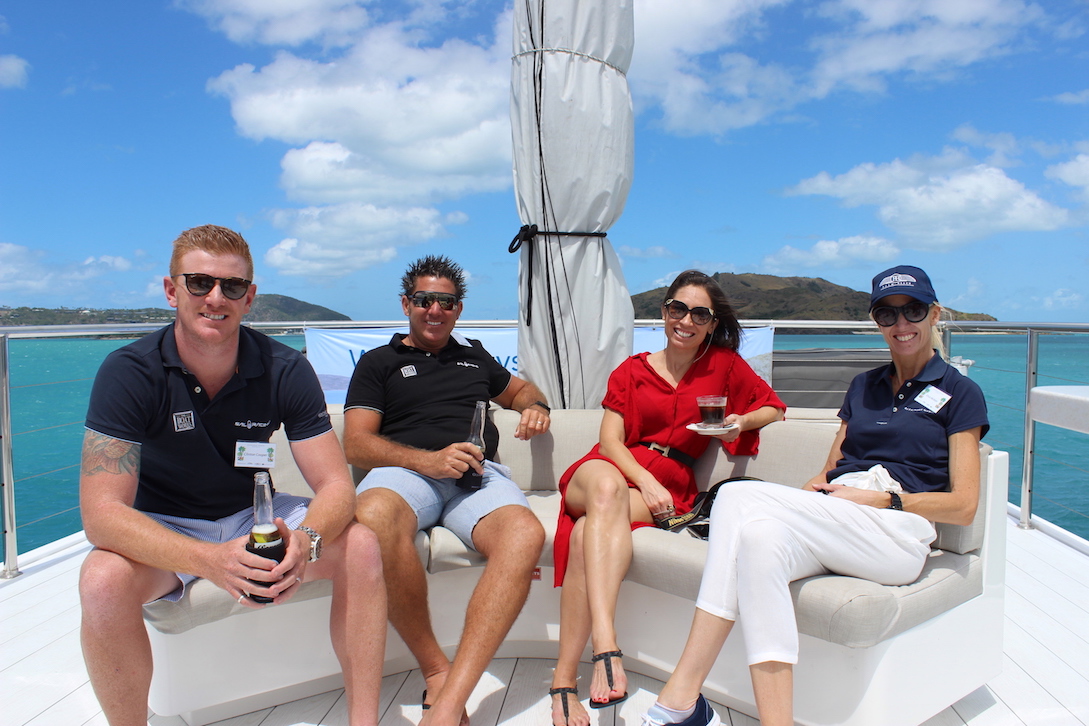 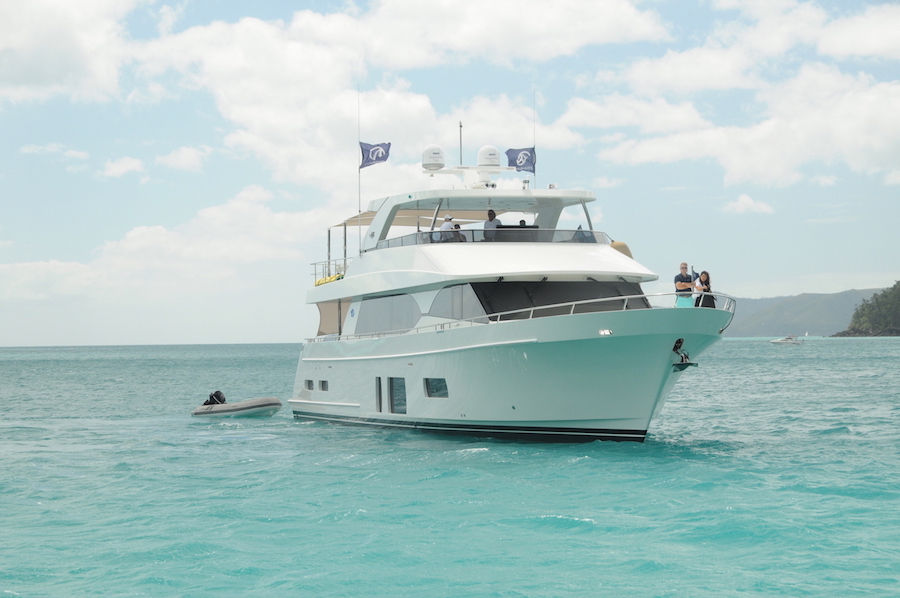 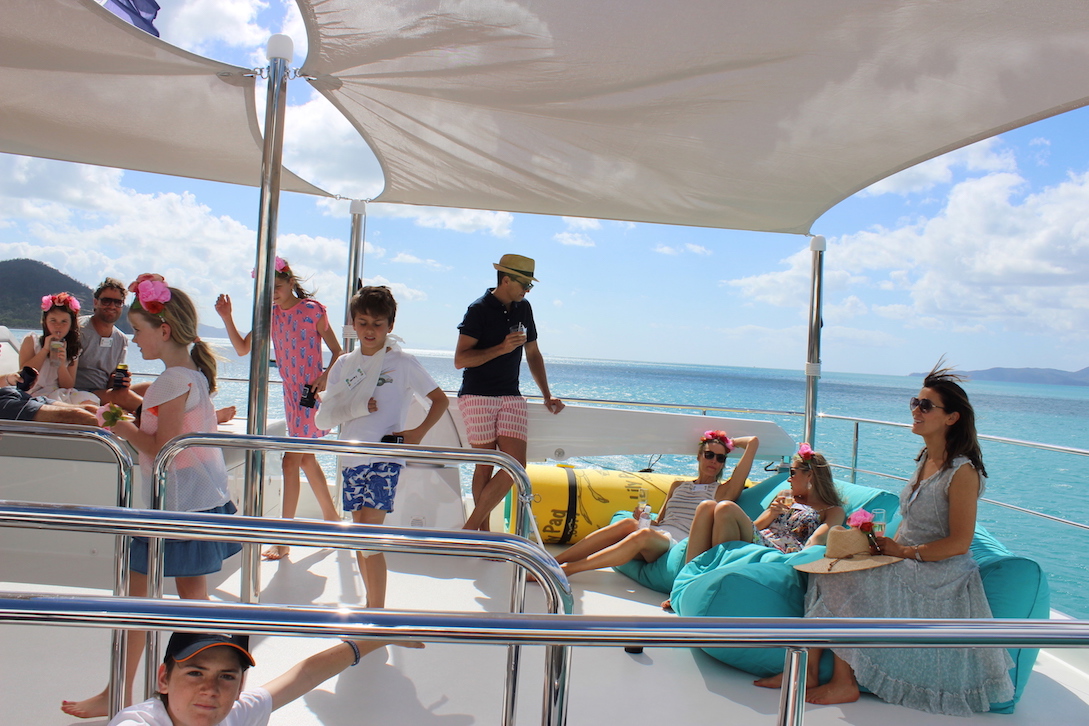 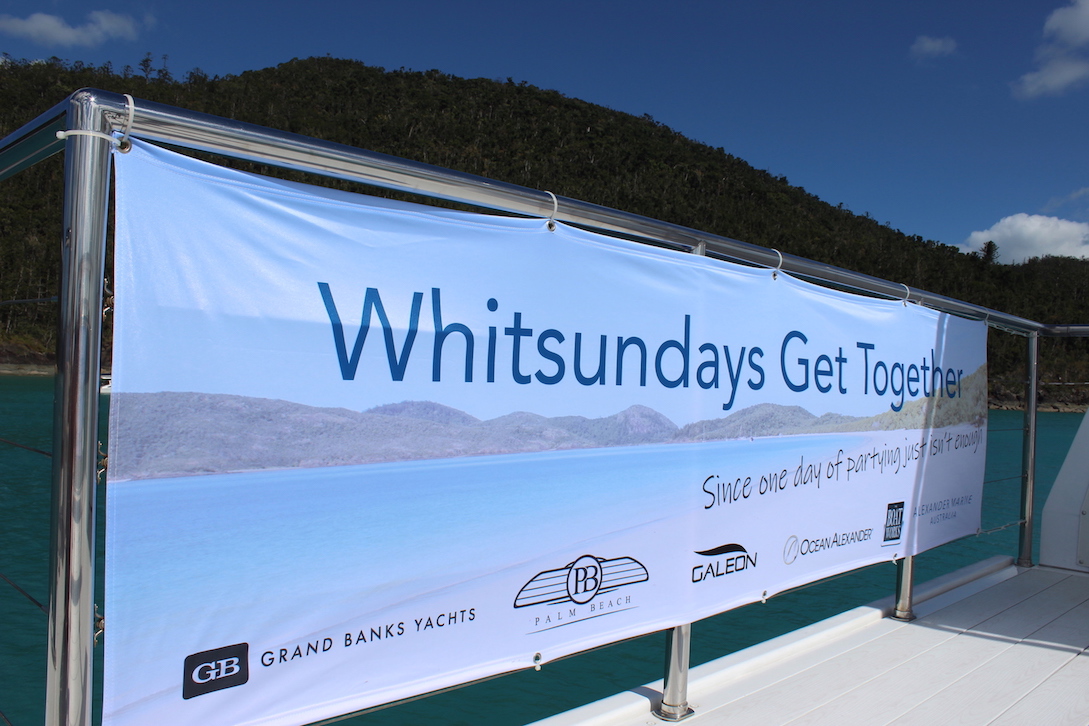 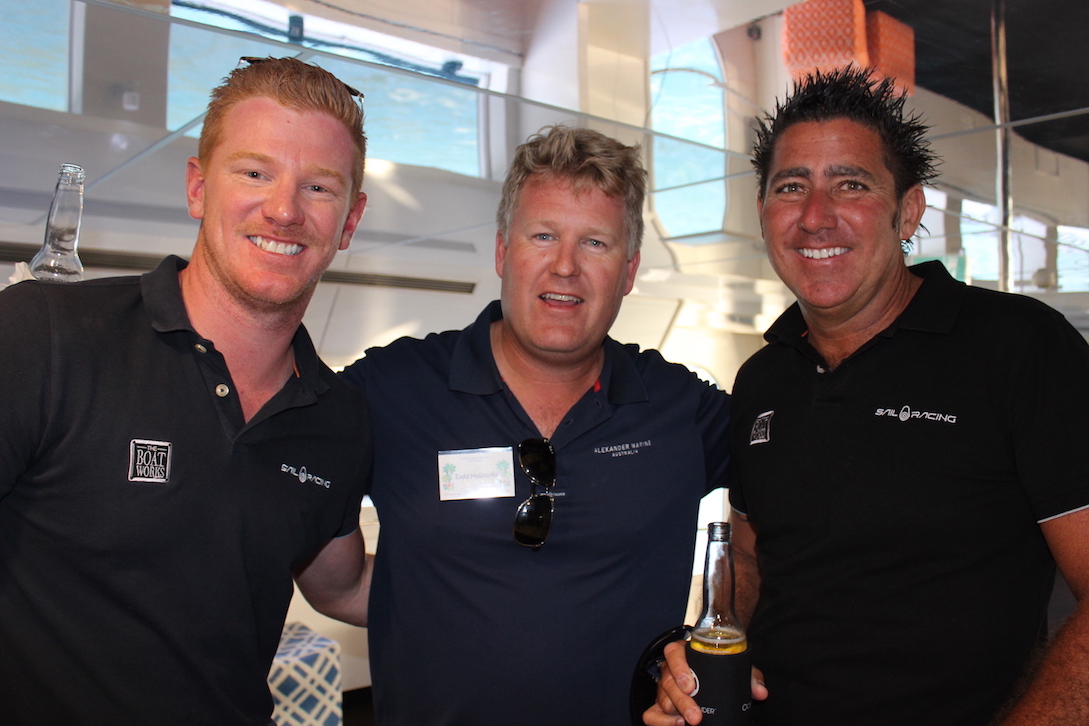 Over the three days, guests were free to explore the onshore attractions of Hamilton Island – such as the wildlife park, golf course, myriad boutiques, restaurants and galleries.

Some owners, many on their second and third boats purchased through Alexander Marine Australia, were eager to share their boating experiences during the event.

“We owned the baby of the Grand Banks fleet,” said Julie, a Lismore-based owner whose current Grand Banks Valentine is berthed at Hope Harbour Marina on the Gold Coast. “Then we moved up to a larger model and we’re constantly amazed at the wonderful people we meet and the incredible places we travel.

“We usually go out with our regular ‘boating buddies’. It’s no exaggeration to say our boat has changed our lives, and for the better.”

The main event, on Sunday 23 September, was the much-anticipated raft up comprising the trideck charter catamaran, MV Hamilton Star, and the new Ocean Alexander 85.

“We’re new to boating and our kids just can’t get enough,” said the keen Melbourne owner of a recently delivered Palm Beach 42 Sedan. “Any opportunity to swim and island hop and they’re onboard! It’s great to meet other boaties who have been doing it forever and get their advice on some great family destinations.”

Two seasoned boaties, a couple from Brisbane, are on an extended journey to the Whitsundays and Reef. One place they mentioned and well worth a visit was Percy Island and its main attraction, Andy’s Hut.

“It’s a convenient spot to pull in on the north-south route,” they explained, “but it’s also got load of character and history. Set among the coconut palms is a rustic A-frame hut. Boaties from every era have left keepsakes there – mementos off their own boats or items from their travels.

“We looked for items that we left there many years back, but we couldn’t see them – they’re probably buried under so many fascinating things. It makes you realise the passage of time and that life is precious. We all need to be reminded of what matters in life.”

Those impressed with the Ocean Alexander 85 were interested to hear that Ocean Alexander will debut its new 90R model at this year’s Fort Lauderdale Boat Show – the first in a new series of Revolution models to complement the existing model range. 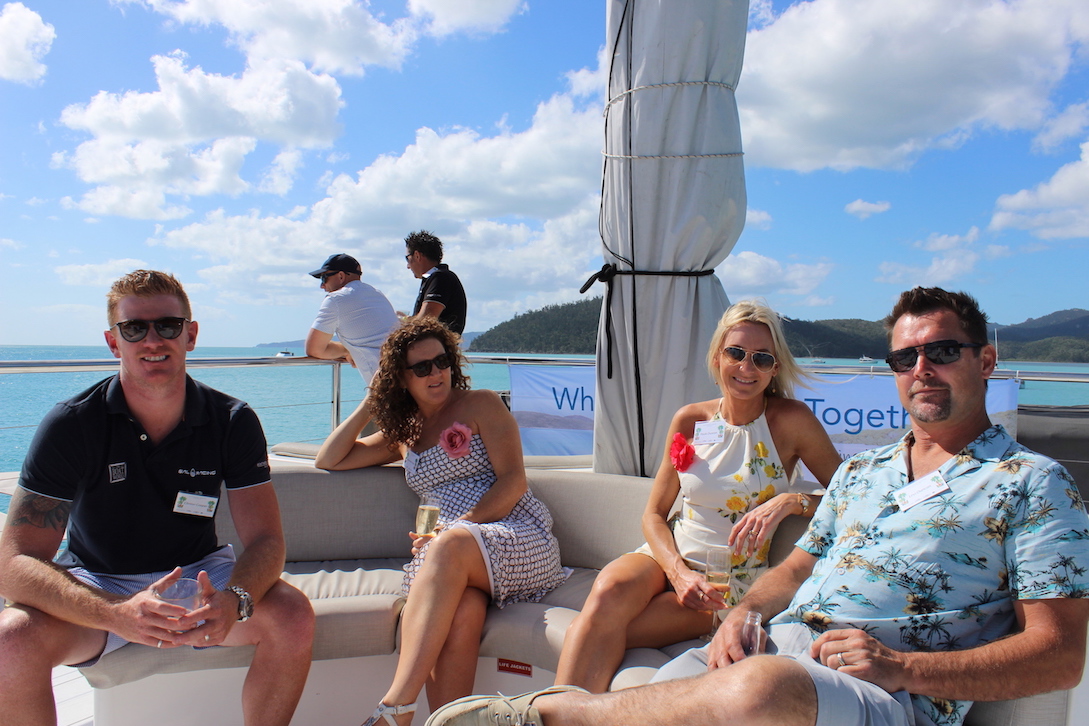 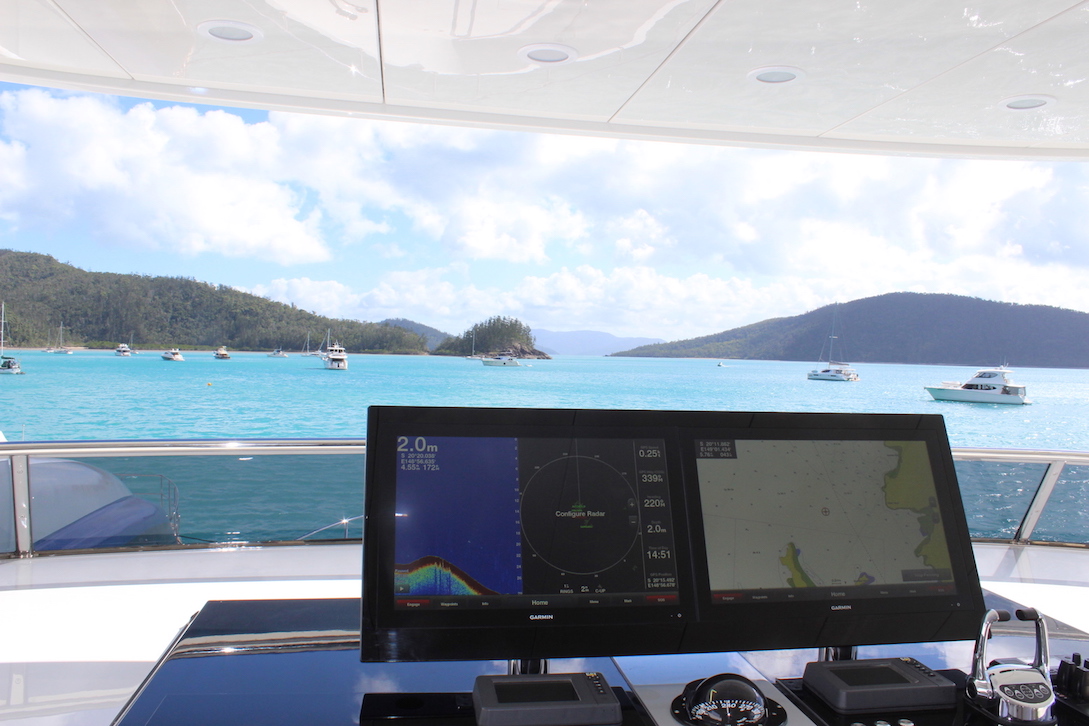 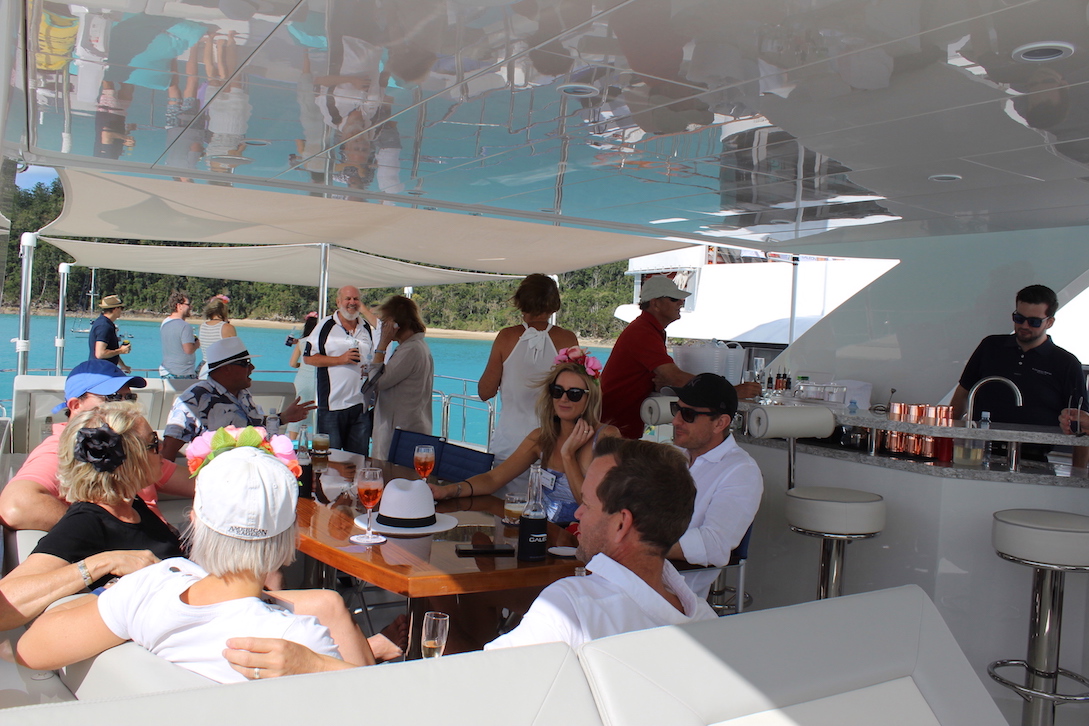 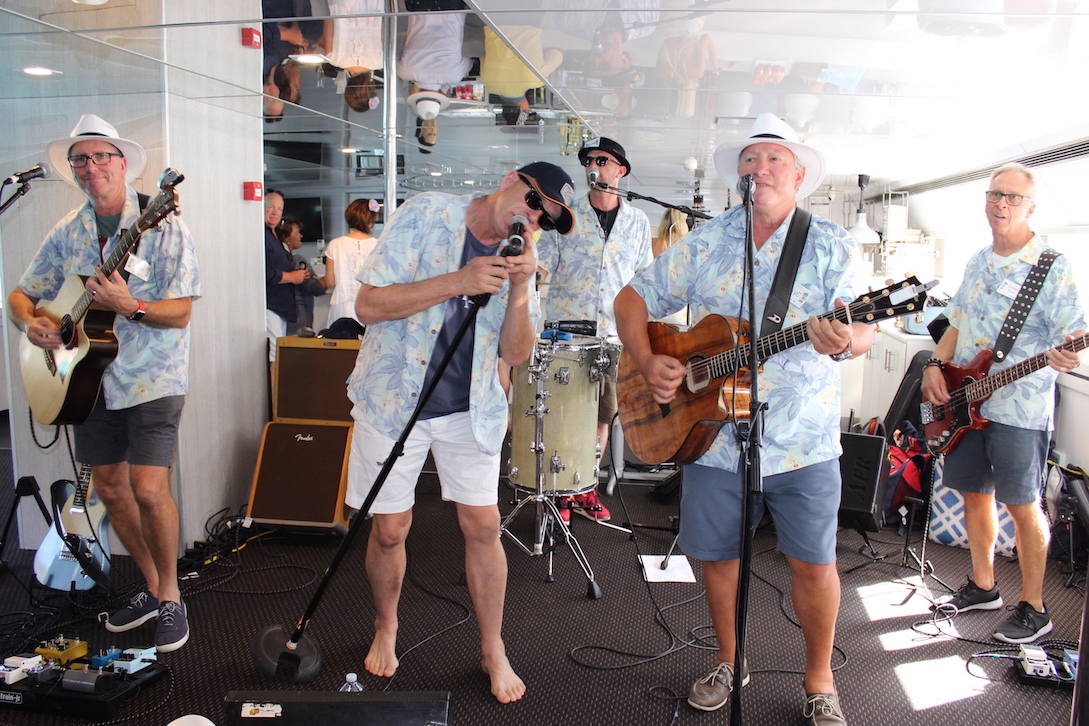 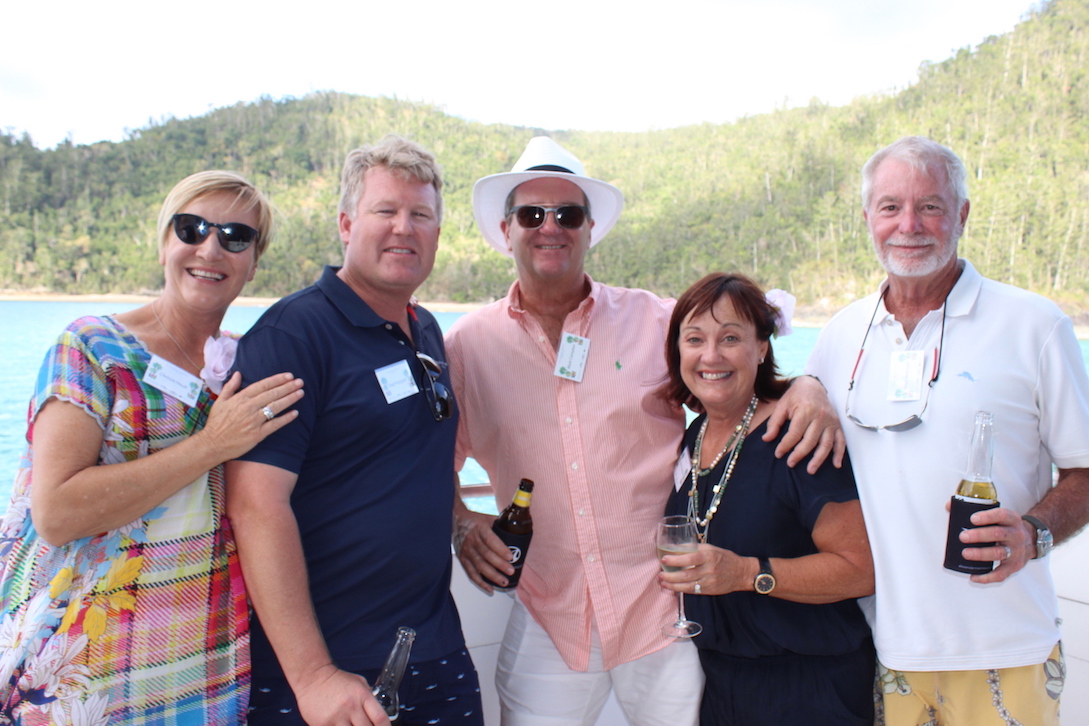 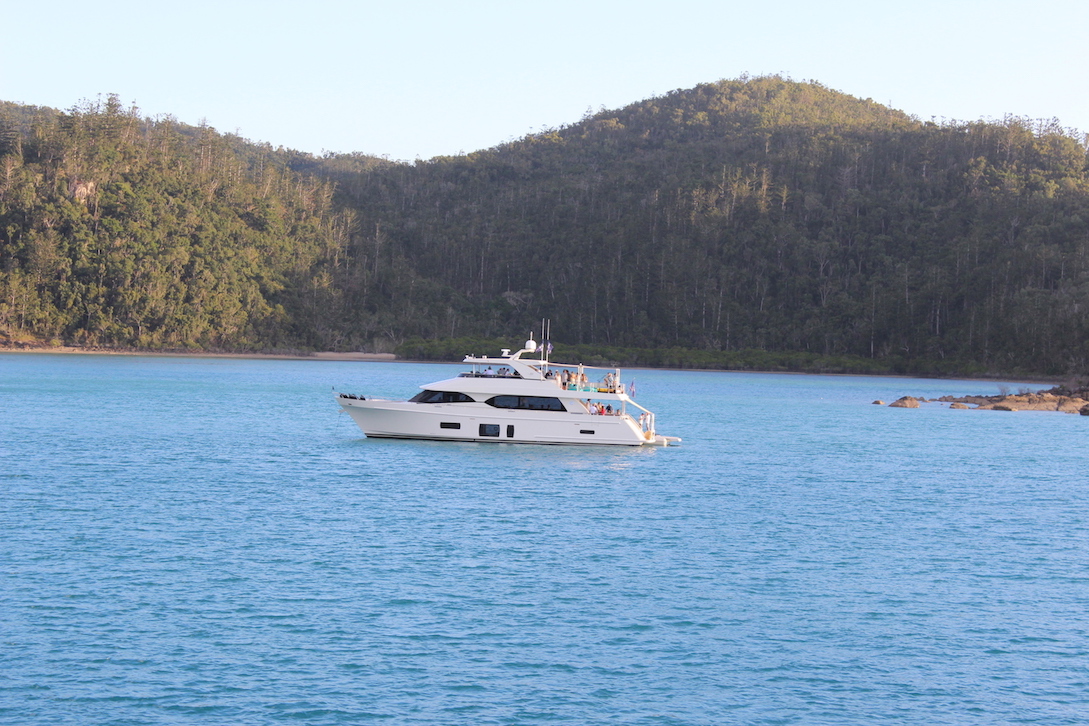 Founded on Sydney’s northern beaches in 1995 by seven-time Sydney to Hobart race winner Mark “Ricko” Richards, PBMY are in demand by yachting connoisseurs globally for their classic lines, craftsmanship and customisation.

According to Skeet, it started with the concept of the ideal boat to take you from Palm Beach to Point Piper in all kinds of conditions. “Ricko said for seaworthiness and style it could only be a Maine lobster boat, and thus, the legend was born!”

Next on the agenda for the iconic brand is the launch of the PB70, the first of which is destined for San Diego.

Like previous models, the PB70 is built on a semi-displacement warped-hull design that produces less resistance to achieve planing mode, additional buoyancy aft and a shallow draft which means this serious cruising motor yacht is fit to undertake bluewater passages and explore remote reaches. Equipped with the standard twin Volvo IPS 1350 engines, it’s estimated to achieve a top speed of 38 knots.

Construction is well underway on the new flagship for a scheduled completion at the end of 2018, with the first two hulls sold. The PB70 will no doubt strike a chord with the European market when it’s shown at the Cannes Yachting Festival in September 2019.

Alexander Marine is also planning to introduce Polish-built brand, Galeon Yachts in 2019, bringing the 460 and 510 models down under.

Commenting on the Alexander Marine Rendezvous, Todd Holzapfel had this to say: “The value of these events is in the friendships formed. Boat shows can be impersonal. A get together in the perfect boating destination like Hamilton Island, with like-minded people, all different backgrounds and personalities, is the perfect place to experience the boating lifestyle – whatever form that takes for each person.

“For some, it’s meeting new people, getting tips or dreaming about a new boat. For others, it’s finding a quiet place to doze off. For many of us, it’s eating, drinking and dancing the night away!”