Arcadia has sold its first Arcadia Sherpa to an Australian owner.

After ten years of operation, Arcadia Yachts is still expanding worldwide. Further confirmation of this came a few days ago with the launch of the ninth Sherpa in an Owner’s Suite version, which will reach its owner in Australia in a few weeks’ time.

Another Owner’s Suite hull, aimed at the Mediterranean market, will soon join the Sherpa fleet, which has gained great success in recent years in all its versions, such as Sun Lovers (with three huge sunbeds in the stern) and Black Tie.

The most common layout of this 18-metre yacht includes two cabins. In this hull, however, there is a large owner’s suite and the second cabin has been replaced by a living-room/lounge area, which can be used by the owner or guests for relaxation. The convivial character of this version is highlighted by the additional features installed at the owner’s request, including two refrigerators, an ice maker and a wine cellar.

These differences integrate perfectly with the features underlying Sherpa’s success over the years, making it a compact-sized yacht in which the enormous aft deck (nearly 50 square metres) is a true pieds dans l’eau (home on water) terrace. 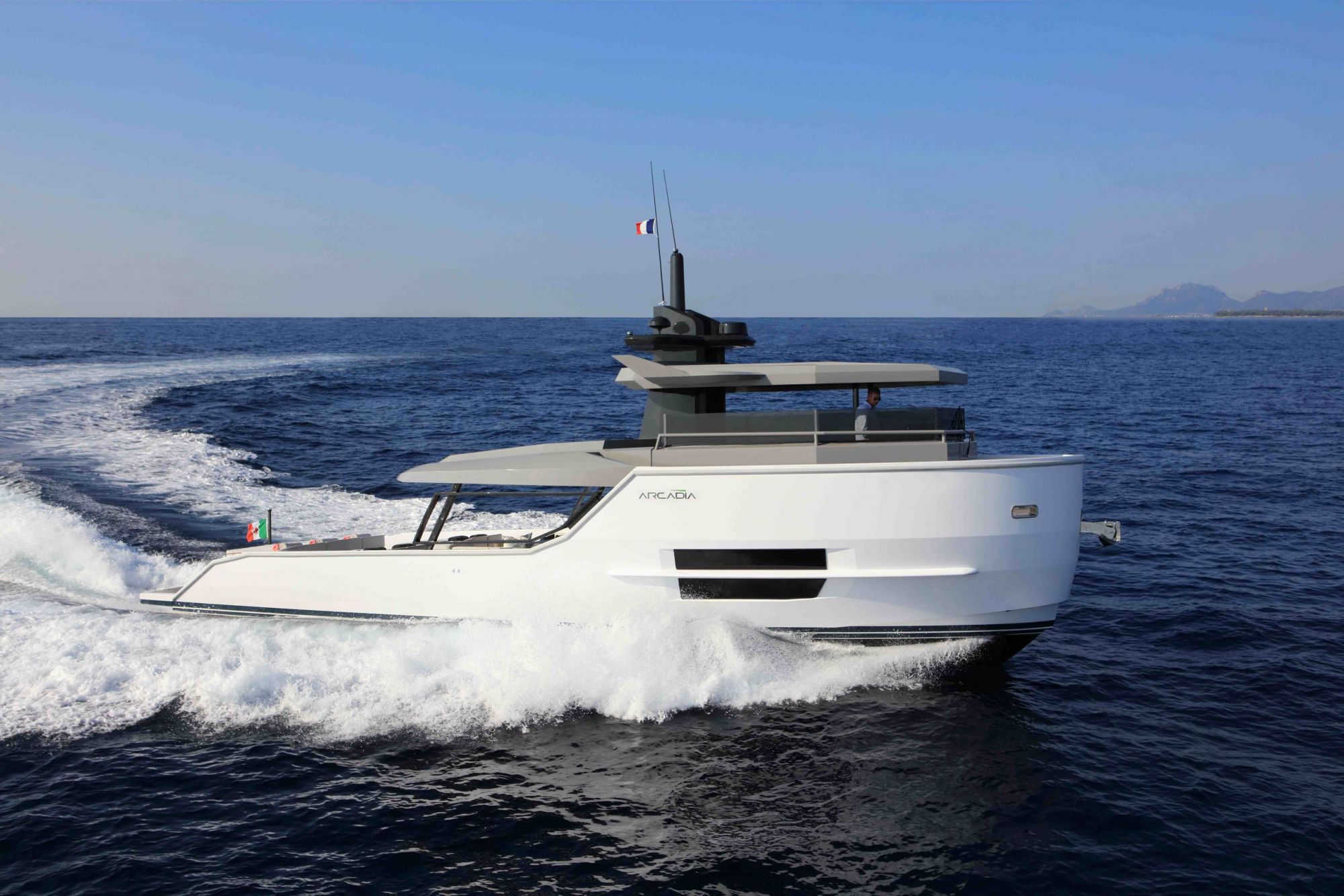 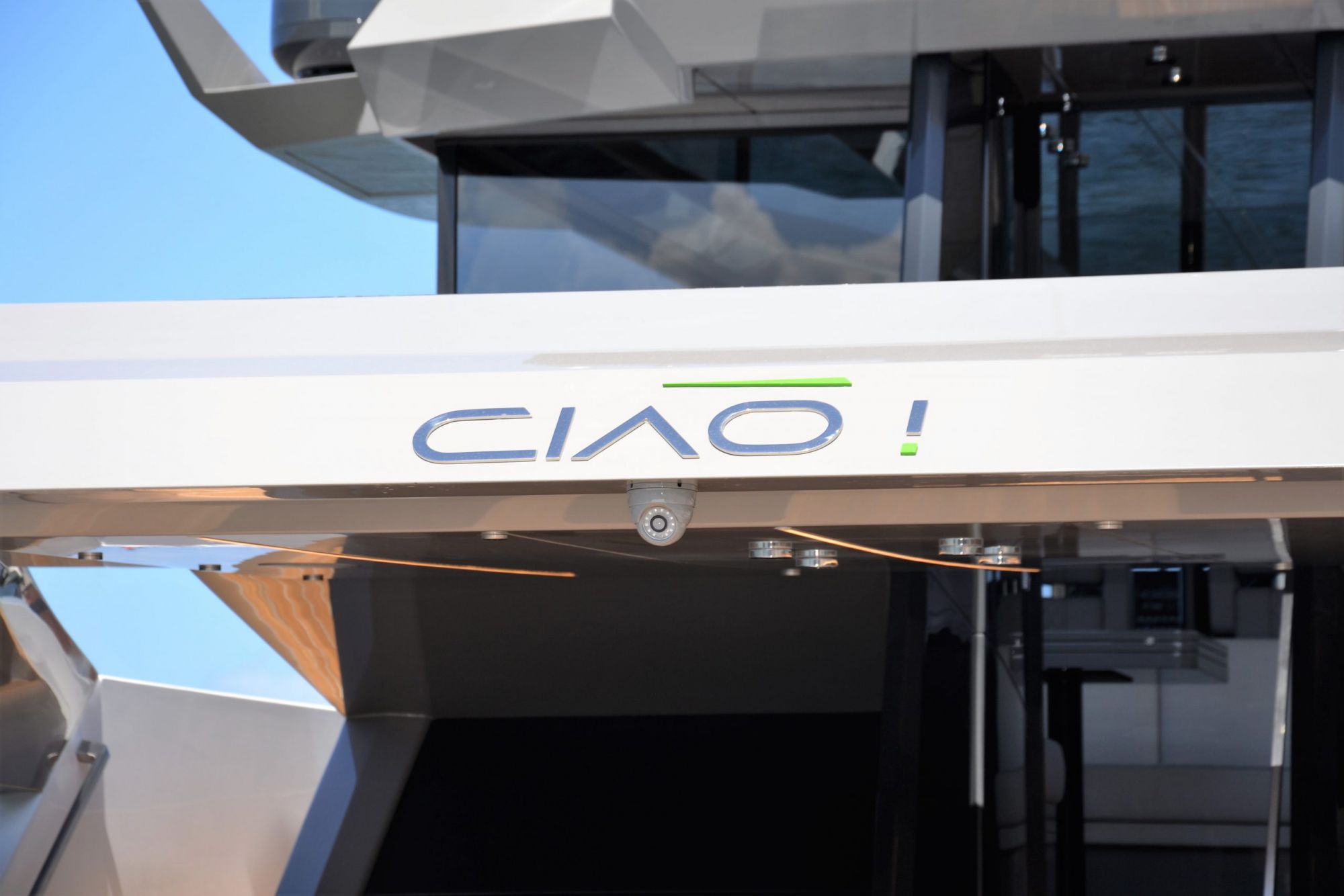 The terrace is designed to allow the owner and guests to enjoy a truly unique experience on board, in direct contact with the natural environment.

The Sherpa model includes an unrivalled 23,000-litre storage space under the main deck. The flush deck solution for the main deck area means everything can be stored below, which leaves the entire deck clear and ready to be equipped for all purposes.

The storage space is large enough to house the tender and the jet ski at the same time, and there is still room for some water toys, canned food and beverages. The large hydraulic access hatch, with a specifically designed crane, can be used to handle the toys.

“The owner has chosen Sherpa because of the aft cockpit’s wonderful layout,” explains the owner’s representative. “This allows him a very large, liveable area to fully enjoy daily outings, even when there are many guests aboard.” 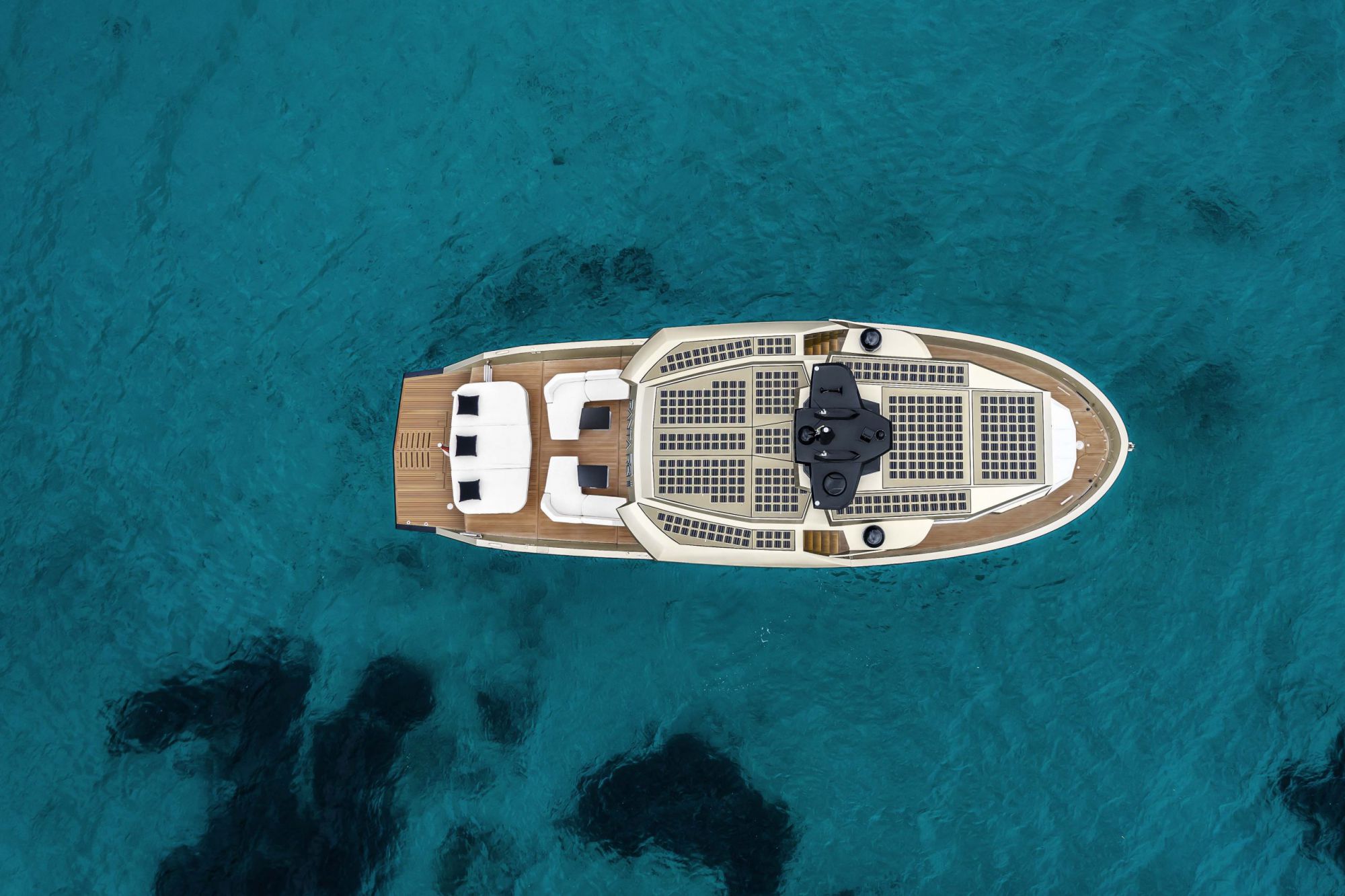 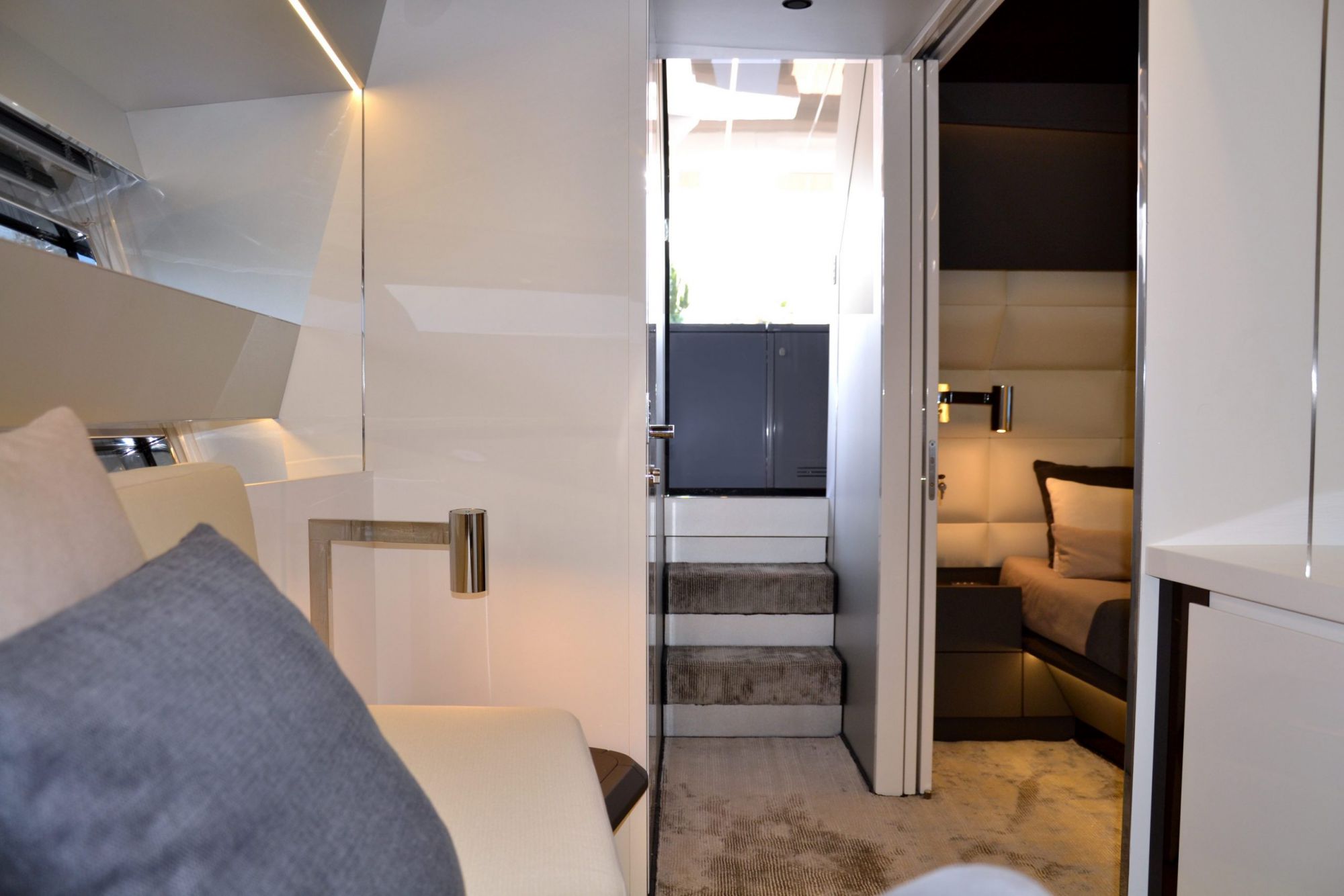 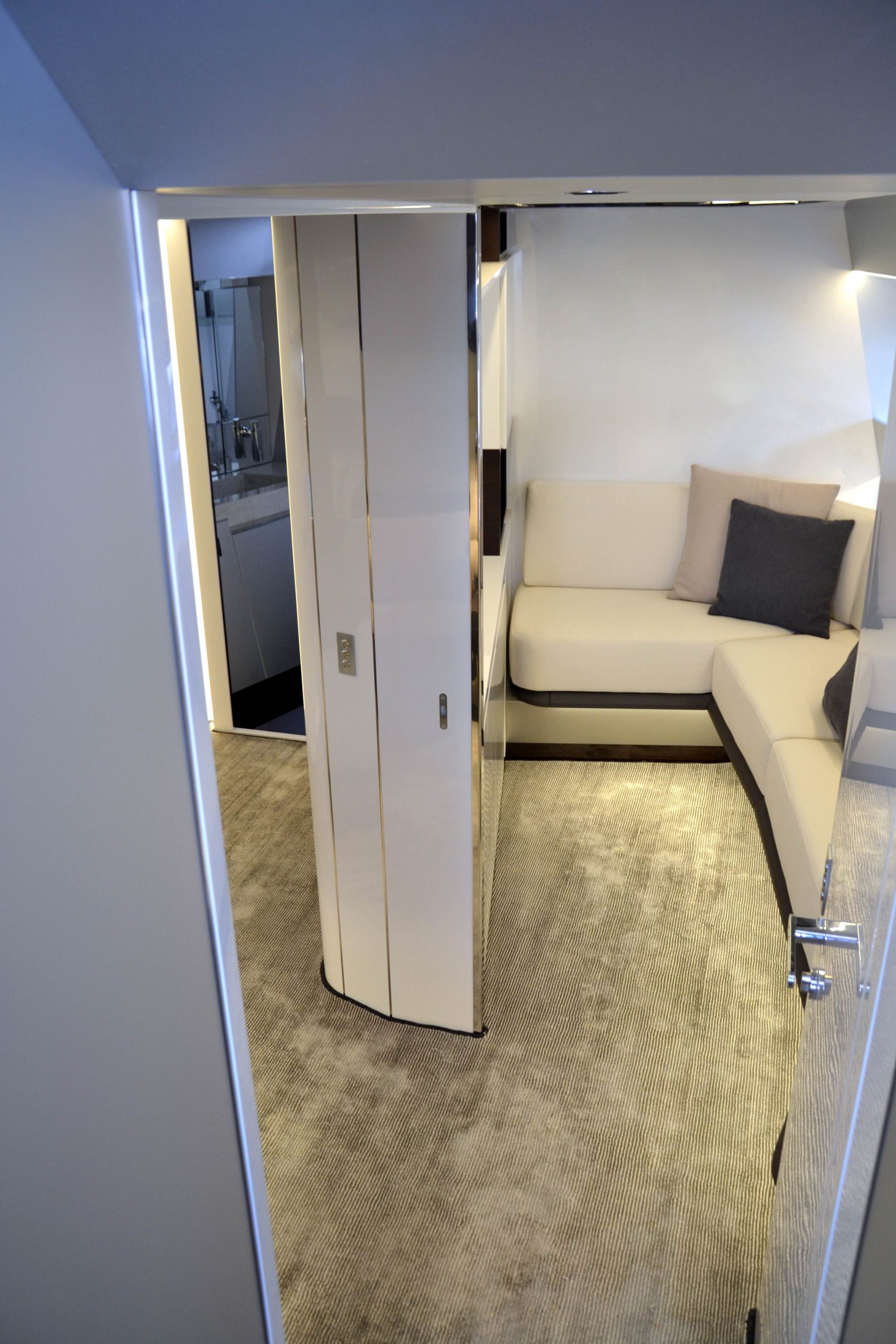 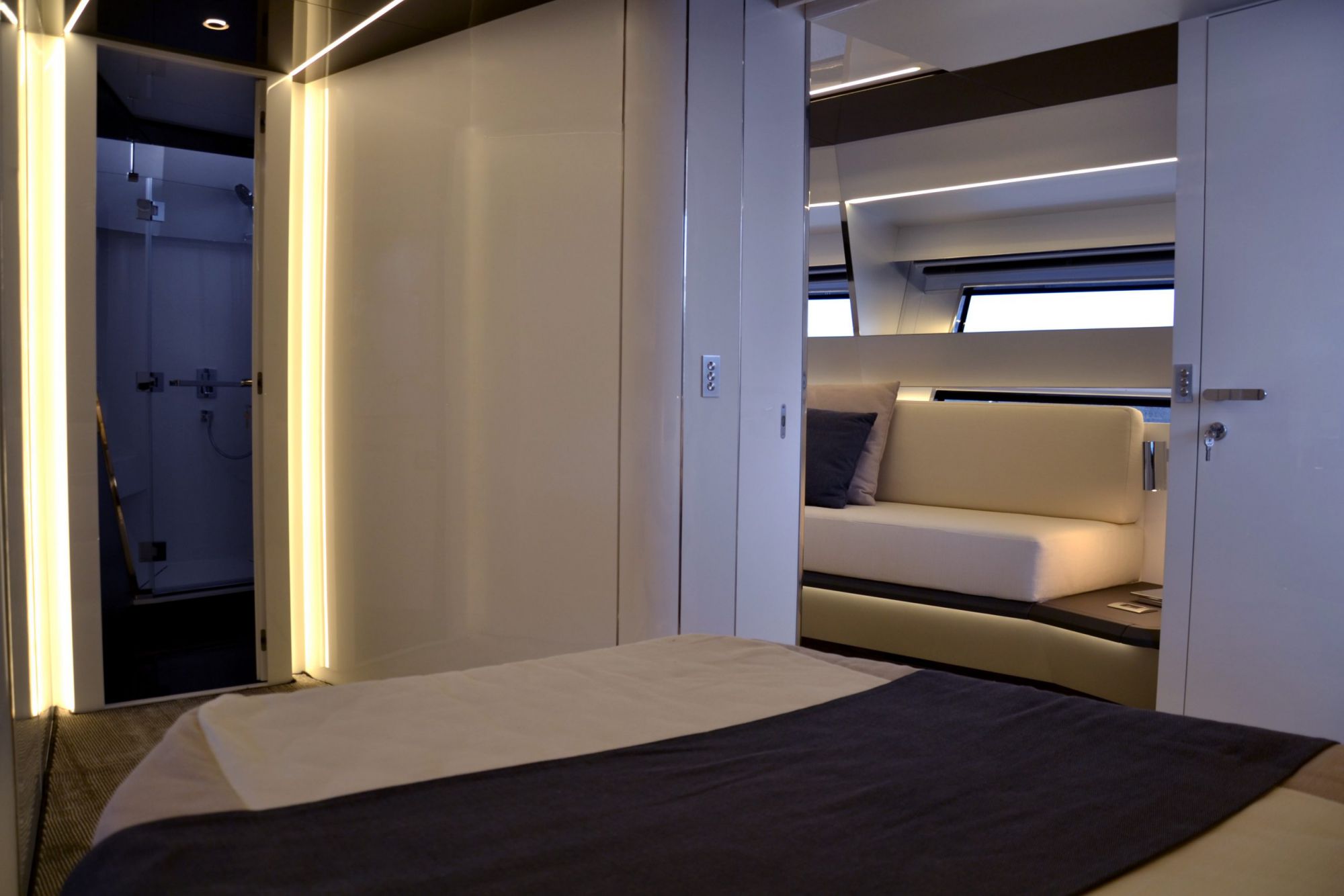 “The decision to have the version with one cabin was taken in order to maximise open areas and to be able to sleep at anchor at the same time.”

In Australia, owners usually steer their own yacht, so there is no need to have a crew cabin.

Sherpa’s versatility allows the owner and guests to fully enjoy their experience on board. It is designed to create large, convivial spaces that also ensure the utmost privacy if desired, while enjoying the highest standards of comfort and navigation safety.

Several features make Arcadia yachts unique: large vents make air conditioning almost unnecessary because pleasant sea breezes can move freely through the yacht; the solar panels (integrated into the upper frame) provide enough energy to keep the use of generators to a minimum; while using large, state-of-the-art glass windows with high thermal insulation proves yet again how committed the shipyard is to maintaining its environmental standards.