The Middle Eastern builder shows strong half-year performance as it prepares to hand over its largest yacht to date, the Majesty 175.

Many thought that the effects of the pandemic and the rolling lockdowns of 2020 would have had a significant knock-on effect on the boatbuilding sector.

However, many builders are experiencing a bounce and boom – records have been set in many sectors from the back end of 2020 and into 2021 – and composite yacht and superyacht builder Gulf Craft is yet another brand to post impressive figures.

Indeed, the company says its order-book value experienced 42-percent growth in the first half of 2021 when compared to the full year of 2020.

“While the pandemic had an impact on the boating sector, we remained committed to honouring our delivery schedules and innovating on design and production at our fully integrated production facility in the UAE,” said Gulf Craft Chairman Mohammed Alshaali.

This is no doubt due in part to a strategy of global expansion that has forged ahead in 2021 with the brand represented in an additional 12 countries. New distribution channels in Germany, Spain, The Netherlands, Portugal and regions in Australia have also contributed to the push. 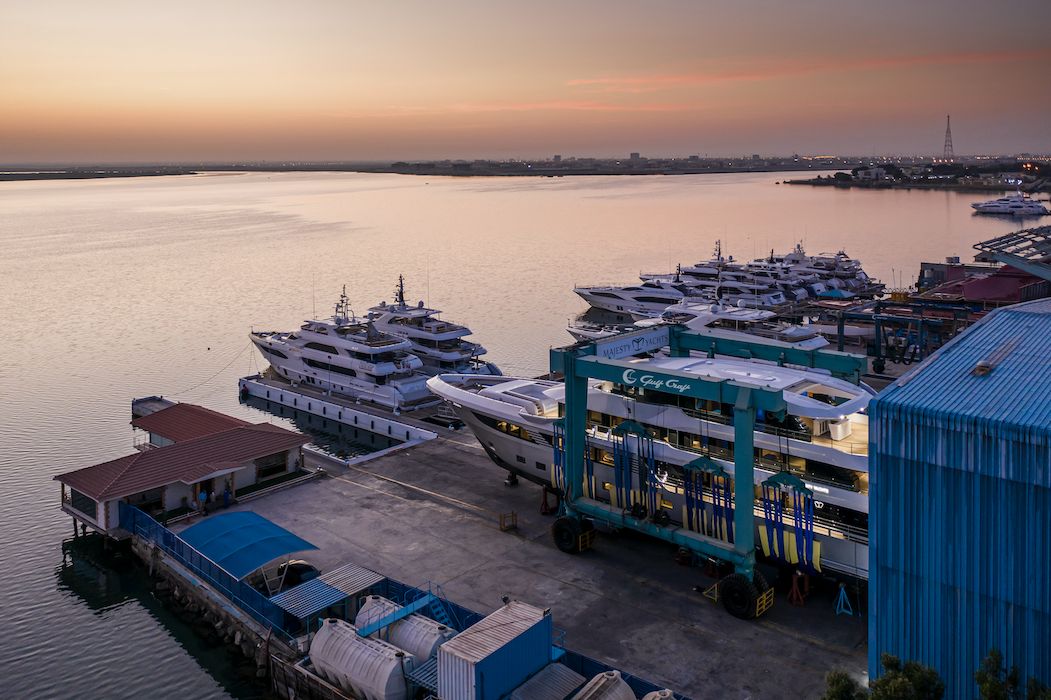 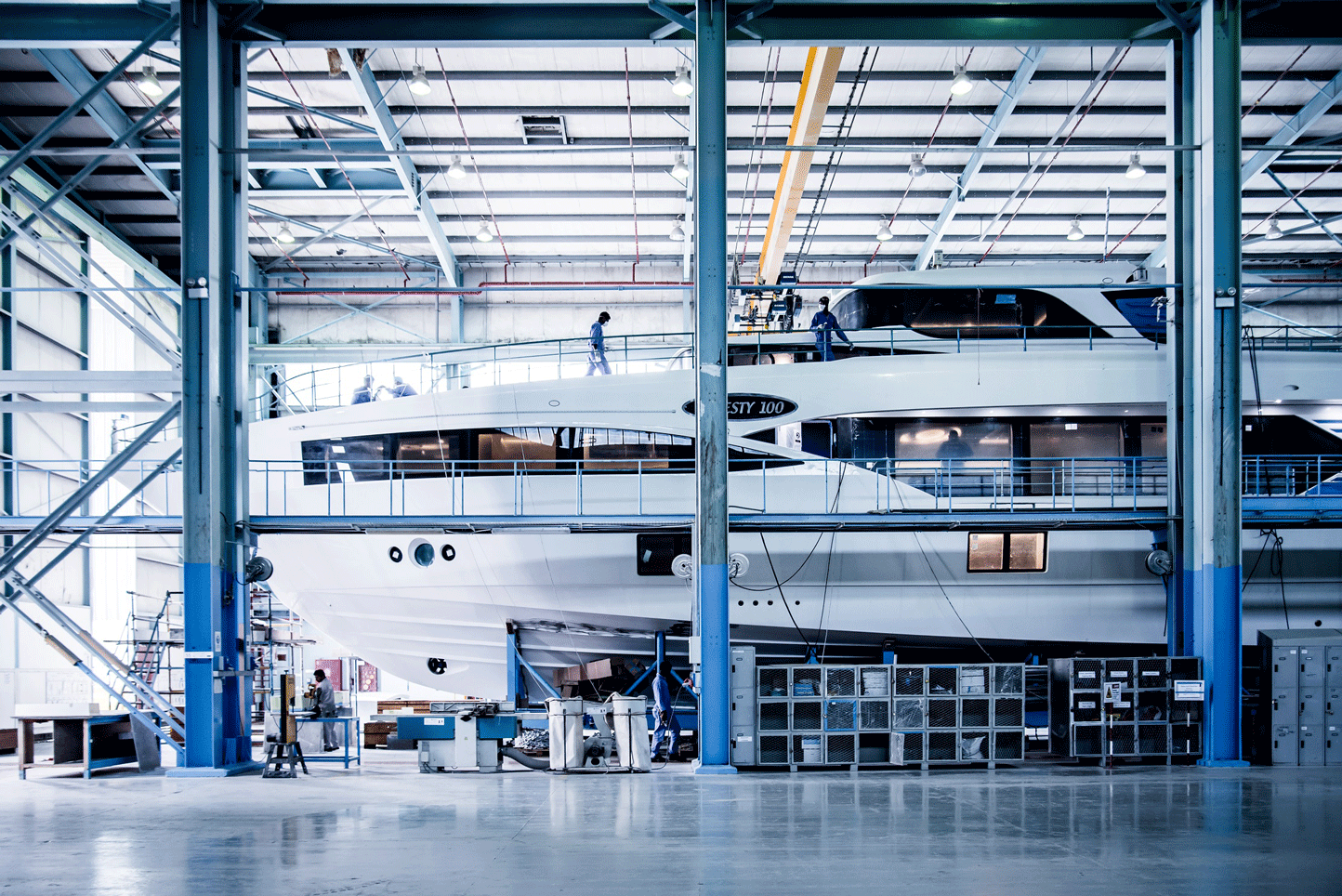 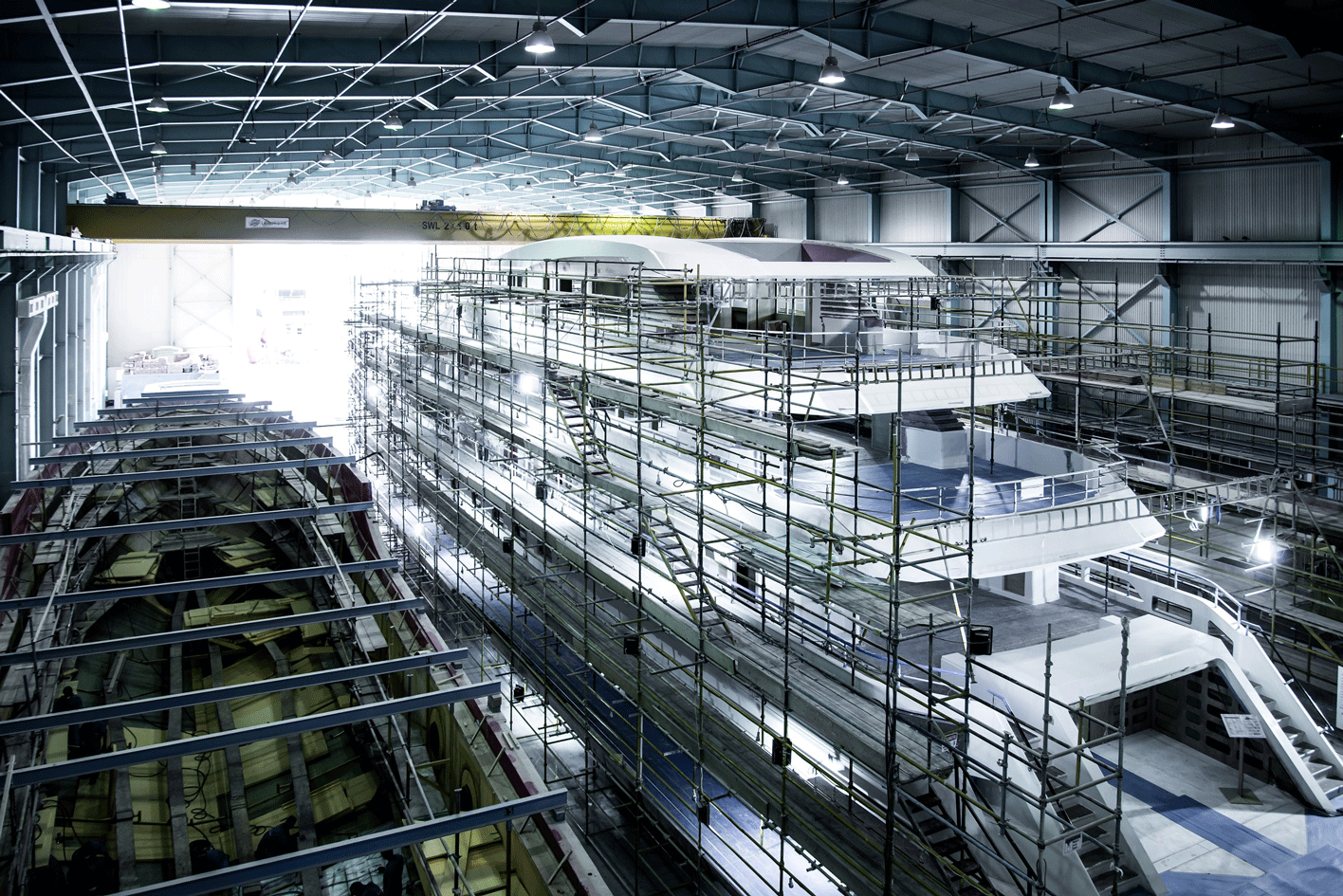 A yacht under construction at the Gulf Craft yard. (Supplied: Gulf Craft.)

In total, there had been 71 confirmed orders between January and June 2021, with 32 yacht delivered already. “We continued to build on an opportunity basis throughout 2020,” Alshaali continued, “which put us in a strong position in 2021 when we saw an increased demand particularly on yachts ready for immediate delivery.”

“We’ve recorded significant growth for all our five brands that meet the aspirations of seasoned marine explorers, families, and adventurers.”

It has been a busy year so far too at the upper end of the Gulf Craft range. The Majesty 120 launched last summer was formally delivered, with two more hulls in production; there was another delivery of the popular Majesty 100; and the impressive Majesty 175 was unveiled ahead of handover to its new owner later this summer.

The 175 ranks as the world’s largest composite production motor yacht to date.

With a prodigious 780 gt of volume, it still manages a draft of just 2.05 metres – a real selling point for getting into beaches or cruising areas such as the Bahamas or Pacific atolls.

It has also been a year of forging partnerships, including a strategic partnership with P&O Marinas – DP World’s collection of luxury marinas – for a dedicated sales centre at Mina Rashid Marina in Dubai that will include a design studio and a full team of aftersales technicians.

In addition, Gulf Craft has announced the development of a new factory in the Maldives, and it has been awarded the contract with Maldives Transport and Contracting Company (MTCC) to manufacture vessels for the Integrated National Public Ferry Network, which aims to establish an efficient transport system to all administrative islands of the Maldives.

“The strong performance in the first half of this year reflects the growing appeal of Gulf Craft’s vessels among boaters from across the world, who appreciate our exceptional craftsmanship and attention to detail,” added Talal Nasralla, Gulf Craft’s CEO.

“We have seen demand increase exponentially across all our five brands from entry-level family boats to luxury superyachts, with customers from the GCC region, the US, Europe and Australia.

“Our expanded dealer network and stronger partnerships in the UAE will drive our continued growth through the rest of the year and beyond. We are firmly on track to become one of the world’s top five shipbuilders by 2025.”