Maritimo is ready to unveil its latest offerings at this year's Sanctuary Cove International Boat Show.

Australian luxury motor yacht manufacturer Maritimo plans to have one of its most exciting displays yet at this year’s edition of the Sanctuary Cove International Boat Show (SCIBS), with a world premiere and the release of several upgraded models.

The Maritimo on water display will be headlined by the new X50 sport yacht world premiere and the unveiling of new edition M-Series flybridge models. The M59 and M51 2019 models are tipped to be very popular when revealed for the first time.

Maritimo’s lead designer, Tom Barry-Cotter, said this year’s SCIBS exhibition would be a completely new experience compared with years past, with a brand new on water display and a range of exciting new products.

“There is great anticipation and excitement for the world premiere of our X50 sport yacht, but there are some other design updates to our M-Series Flybridge motor yachts we are unveiling for the first time, which will not want to be missed,” he said. “The model enhancements being unveiled at Sanctuary Cove reflect the latest design innovation in an ongoing R&D strategy to review both the M and S series lines. The expanded Maritimo Design and R&D division will see numerous design refinements within our various models throughout 2019,” he continued. 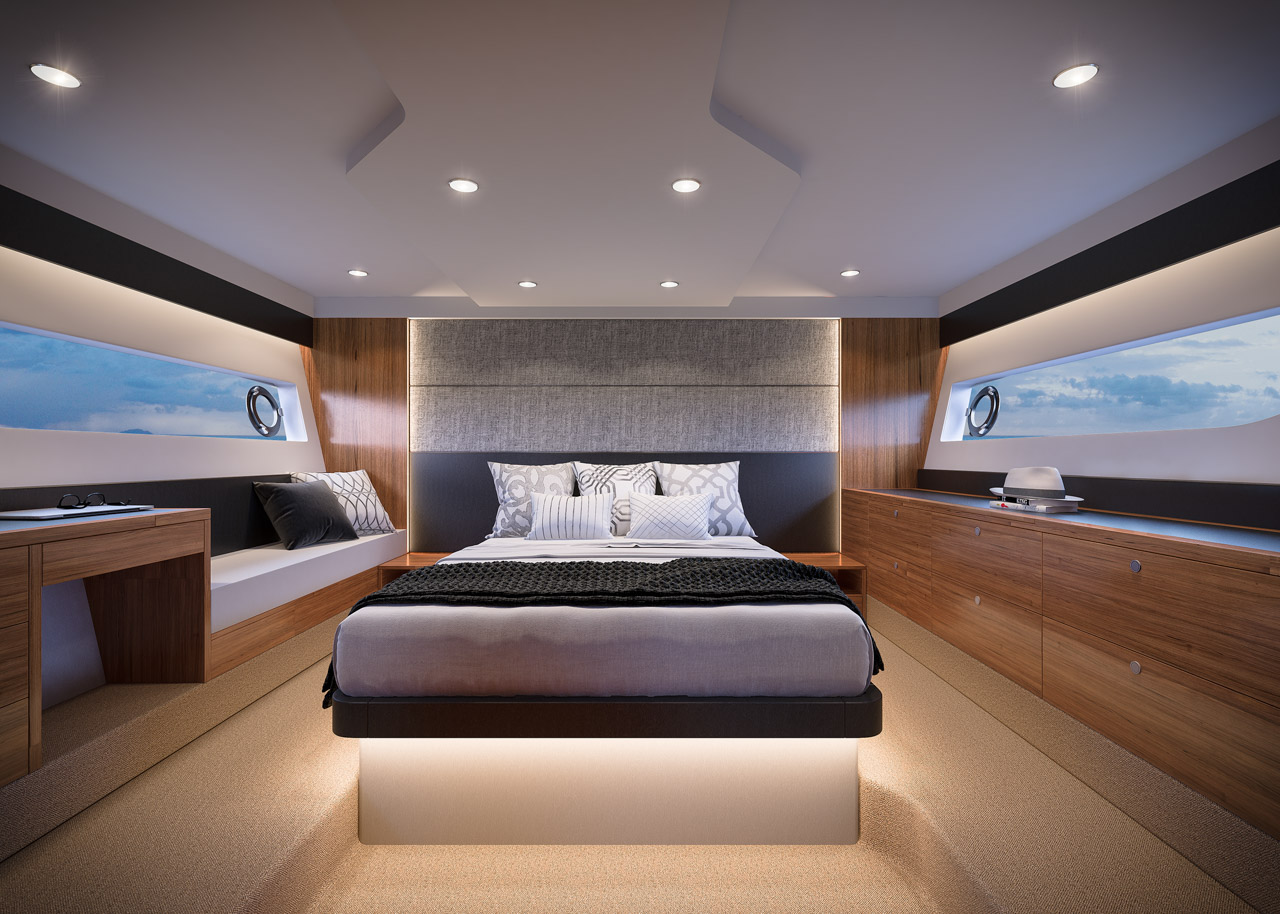 The interior of Maritimo's X50 sport yacht. The model will have its international debut at Sanctuary Cove in May and is already attracting international interest.

Barry-Cotter said Maritimo would occupy its usual prime Sanctuary Cove position on the western end of F-arm at the SCIBS marina.

“Last year’s show was hugely successful for us and we anticipate a similar result this year with the new and refined product we are revealing for the first time.”