Balk Shipyard’s prize rebuild Project Gisele has been launched, christened and will be delivered at the end of May.

In 2015, Project Gisele came to Balk Shipyard’s premises in Urk, Netherlands after her owner greenlighted a project that has been described as a “perfect rebuild.” The German owner chose Balk due to the shipyard’s stellar reputation as a refit and rebuild specialist.

Word out of Urk is that the project was not a “typical refit,” as the yacht was stripped down and completely rebuilt from square one. After being examined by Azure Naval Architects, it was concluded that Project Gisele had to be extended to several metres to get her in the best shape and balance as possible.

“This project has been challenging for my team. Stripping down a yacht and rebuilding it again might be a harder job compared to a new build,” commented Daan Balk – CEO of Balk Shipyard.

Furthermore, innovators at the Dutch shipyard decided to cut Gisele twice in half so that major extensions and restyling could be completed by Azure Naval Architects.

“With hard work, expertise and dedication we have achieved the best,” Daan continues. Eager to confirm their support and pleasure working alongside Balk, Erik Spek – Managing Director of Azure Naval Architects, said, “Our first cooperation has been very successful, and I sincerely hope we can make this a long-term commitment.” 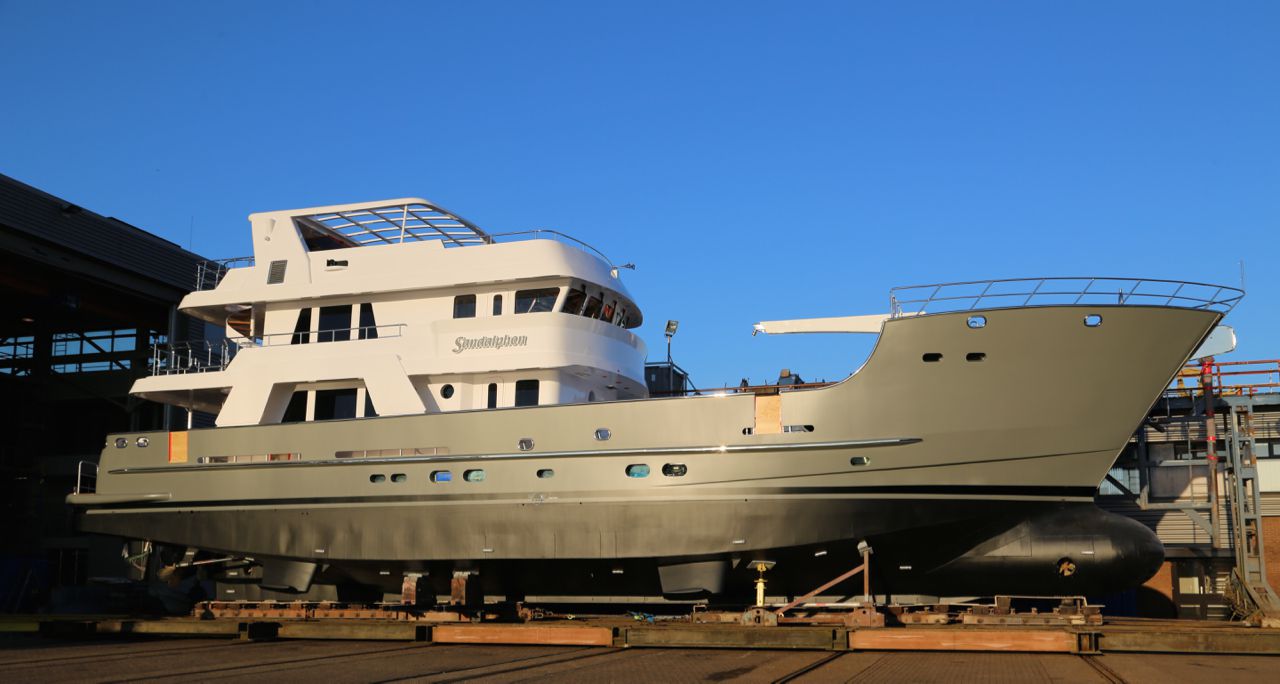 Sandalphon in all her glory 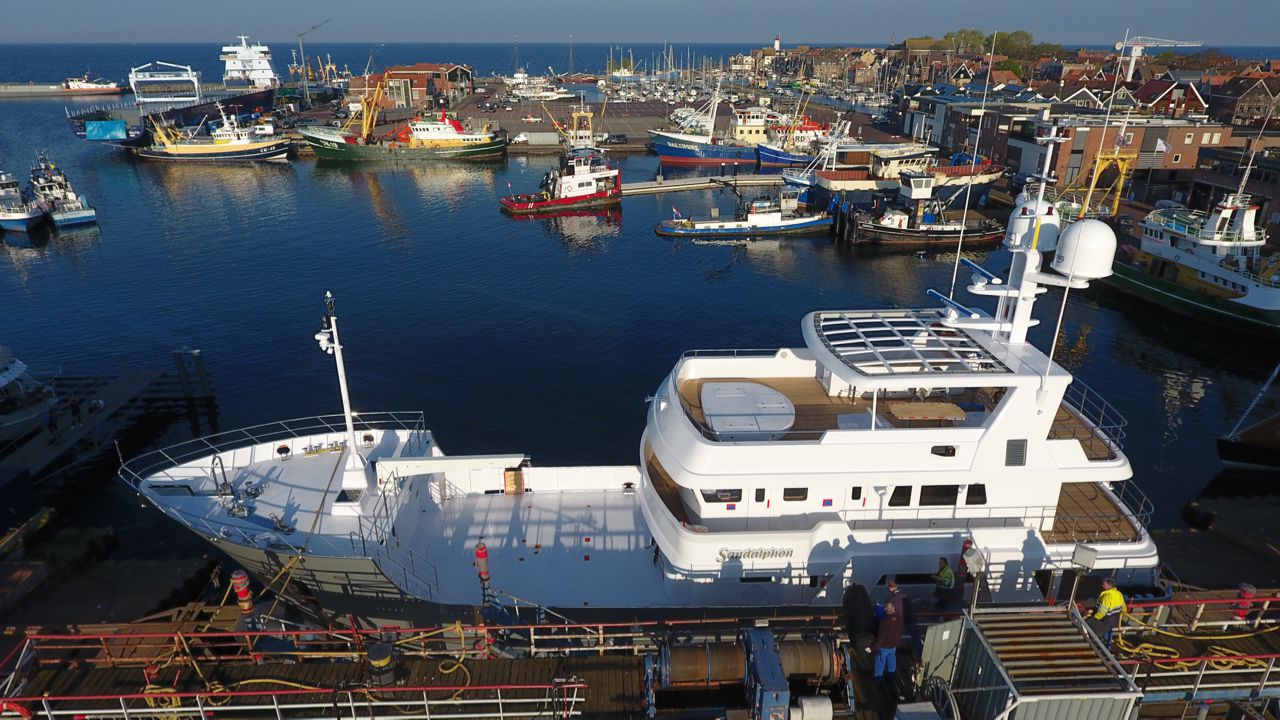 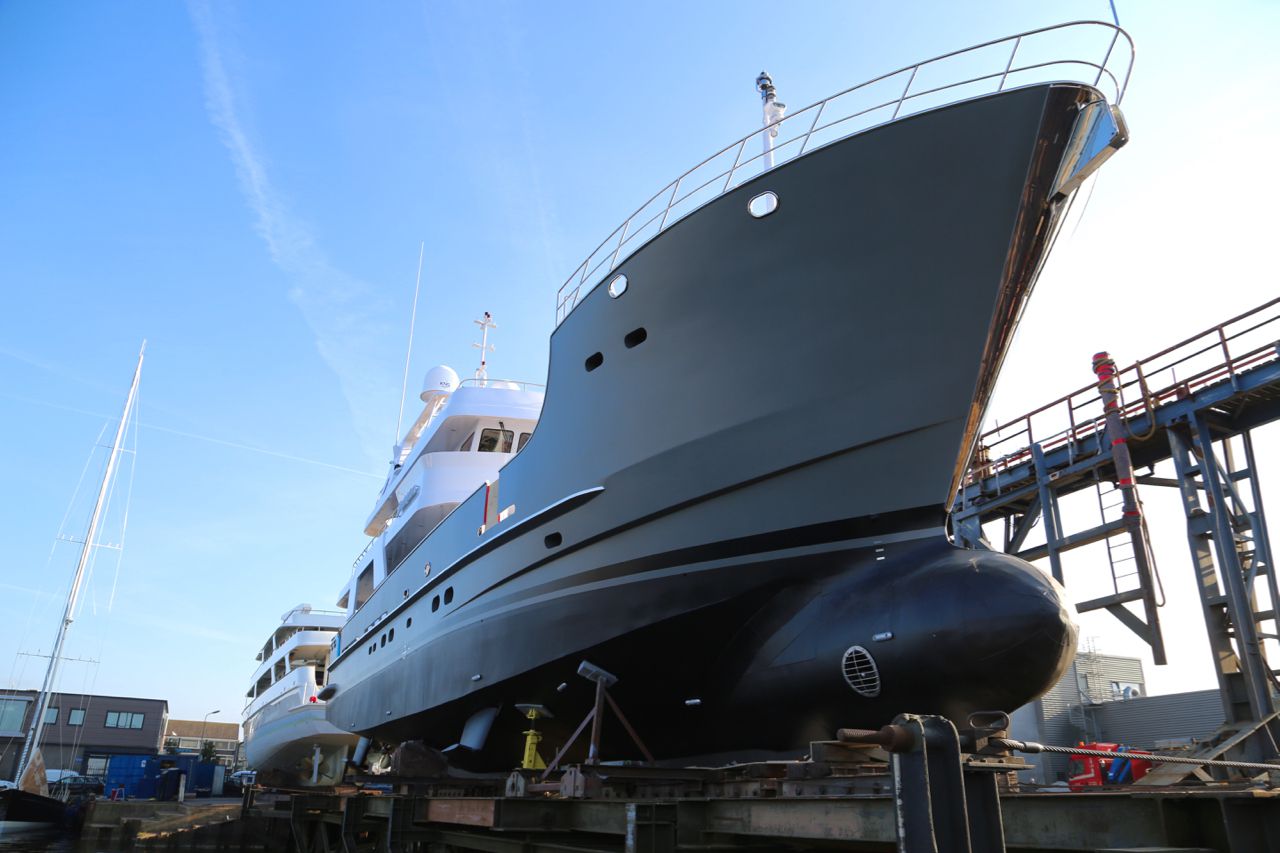 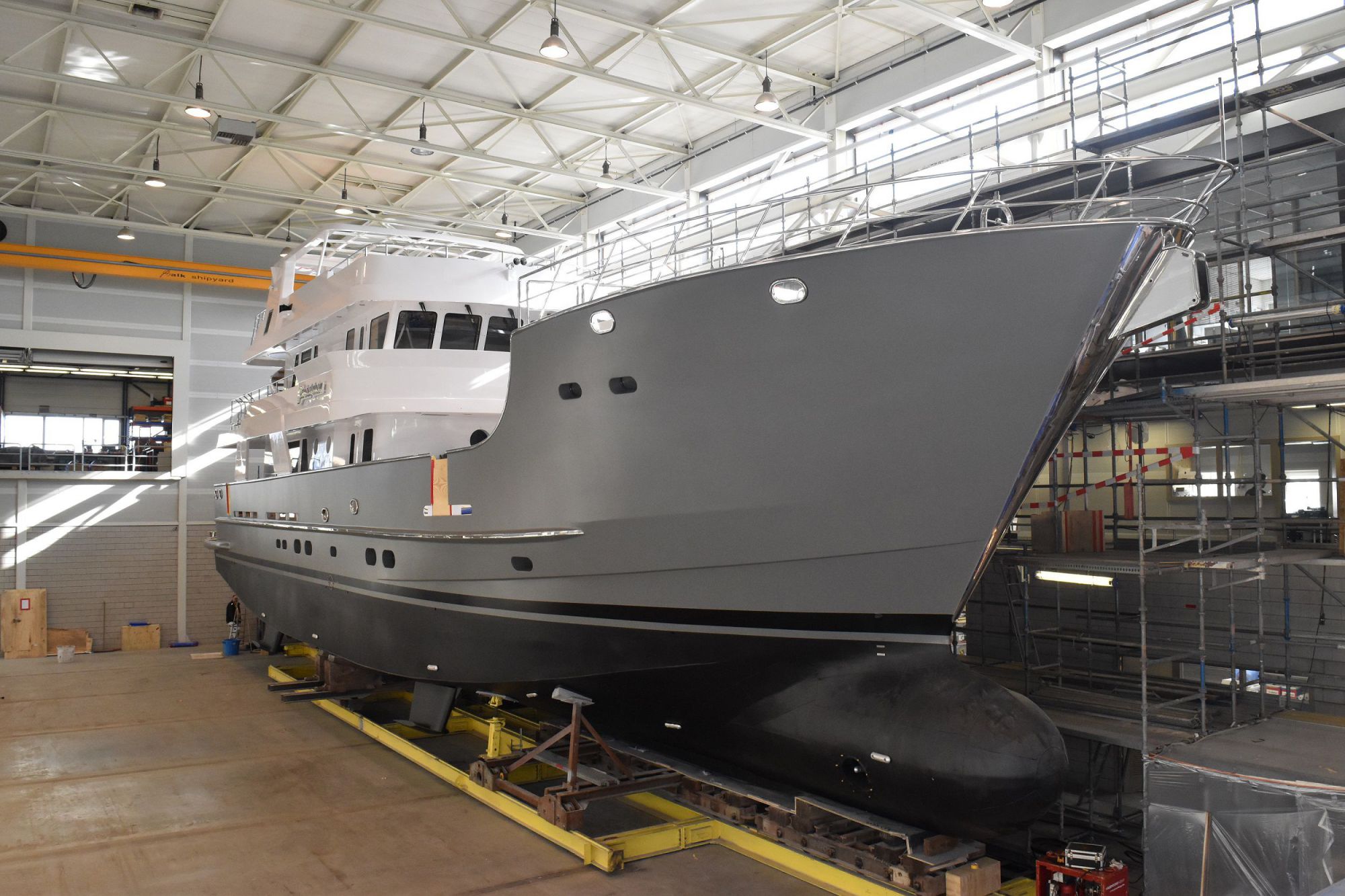 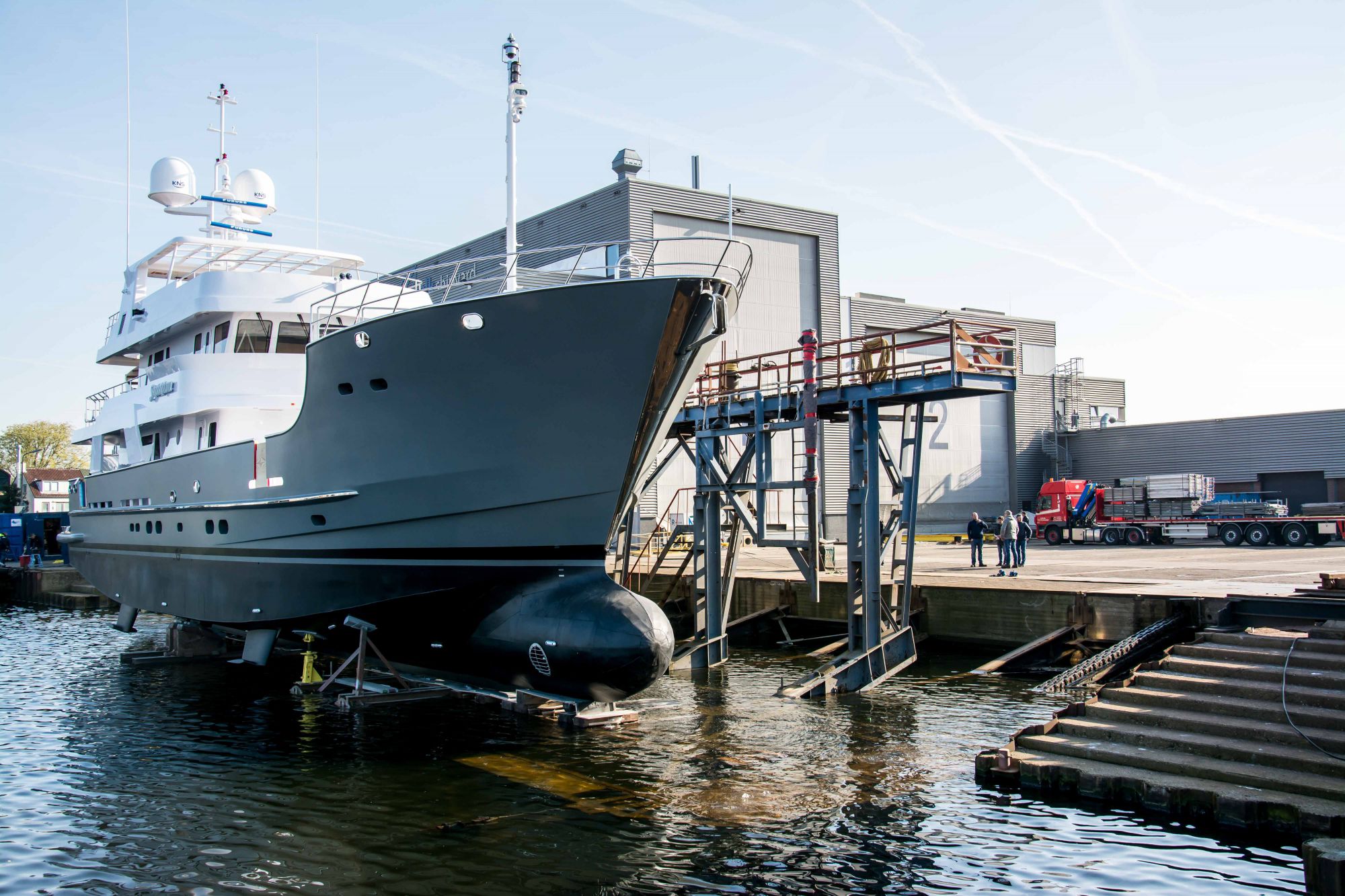 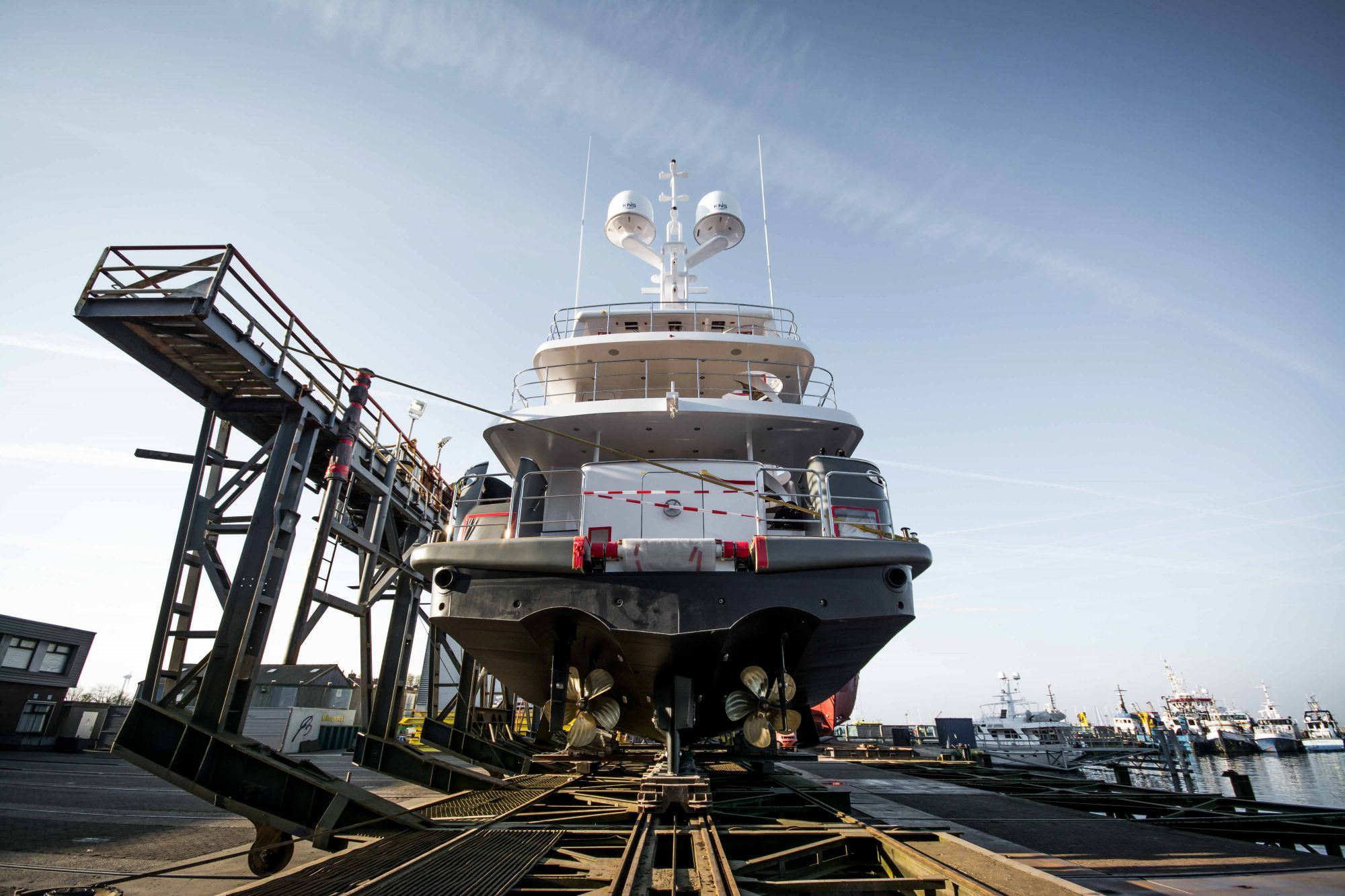 Project Gisele was launched April 20. Her delivery is dated for the end of May, after extensive sea trials and official commissioning. We can also confirm that she will be christened as Sandalphon.