With typical fanfare and celebration, Benetti delivered M/Y “Good Day”, the fourth hull of Mediterraneo 116 and M/Y “Baya”, the fifth unit of Delfino 95.

The exterior lines of both yachts were designed by Giorgio M. Cassetta and the interiors were developed by Benetti’s Interior Style Department projects.

Benetti delivered two yachts of the Class category. M/Y “Good Day”, the fourth vessel of Mediterraneo 116, a light but impressive yacht with four decks and 35.5-metres long and M/Y “Baya”, the fifth unit of Delfino 95, 29-metres in length, with elegant interiors and sinuous exteriors.

“Good Day” 116 features large windows and Benetti’s Interior Style Department has embellished the interiors with details to meet the needs and requirements of the owner. 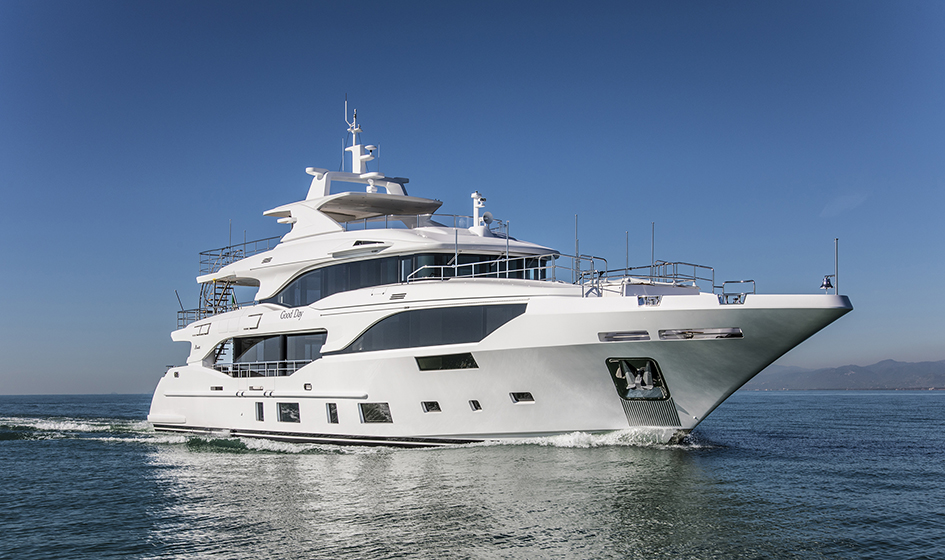 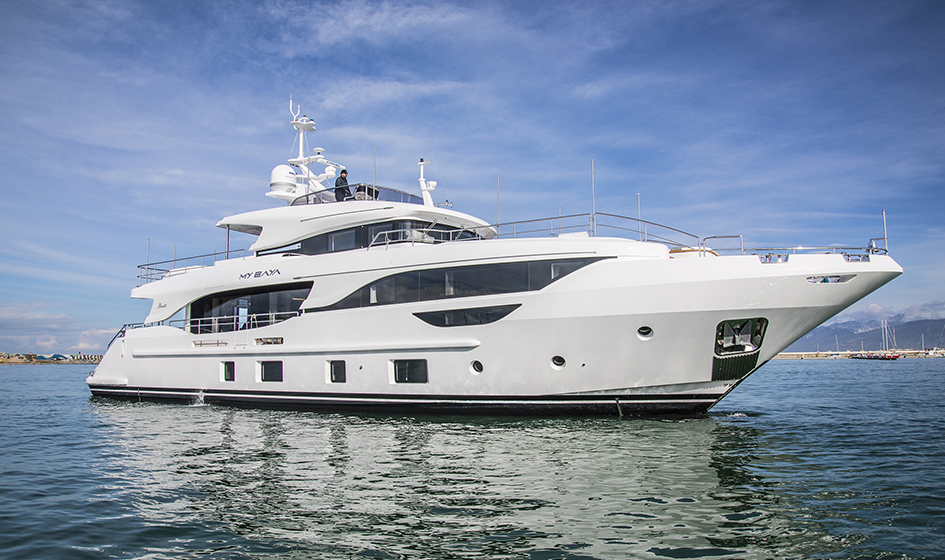 An elevator joins the main deck to the upper decks and a variety of materials are used to create a different chromatic effect in each environment.

The timbers used on the lower deck include Tay, Tanganyika and Elm while for the upper decks only Elm and Tanganyika were used. Mosaics and marble details characterise the bathrooms, the alternation of Travertine, Shara Noir, Port Laurent, Ermosa and Blue Sea add colour and texture.

The main deck is a formal in its layout and styling. The full-beam owner’s suite is located at the bow, comprising a private study, wardrobe and large panoramic windows. A further request from the owner was the addition of a bathtub and a shower bench in the bathroom of the suite.

The lower deck comprises four guest cabins, each with a large private bathroom embellished with different marbles. On the same deck, towards the bow, there are also four cabins for the six crew members and the captain.

The upper deck is dedicated to leisure and socialising, with swimming pool and sunbathing areas. A karaoke area and games cabin, with a square table for four people and a wine cellar occupy the interiors. Stairs lead to the sun deck boasting a comfortable dining area and space for relaxing.

M/Y “Baya” is the fifth sister ship of Delfino 95. The external string lines designed by Giorgio M. Cassetta are joined by the luminous interiors created by Benetti’s Interior Style Department.

Timbers used include Ash, Eucalyptus and Tay woods alternating with polished brass details. The main deck hosts a living space with a relaxation area and a 10-seater table. The owner’s cabin is located at the bow.

The lower deck houses a garage that can be opened at stern and the engine room. There are two VIP cabins and two guest rooms, each with private bathroom. At the bow, in a separate room, there is a dinette and three cabins for five crew members and the captain.

The upper deck has seating, a dining table shaded by a retractable bimini, navigation bridge, jacuzzi, sofa and sunbed. On the sun deck there is a second bridge, a sofa and dining table.