Get on the water

Now in its 21st year, the Auckland On Water Boat Show is scheduled for 3-6 October. This slightly later date brings the show into line with the school holidays, as well as daylight savings time, which organisers expect will further boost visitor numbers.

The show’s location has also altered slightly for 2019, moving further into the heart of the Viaduct, which was the show’s home during its early years.

“On land exhibitors will stretch out from Eastern Viaduct to Karanga Plaza, and as always there will be plenty of on-water vessels available for viewing, which makes this show unique in its market,” says organiser Stacey Cook.

Staying with locally built bespoke motor yachts, Dickey Boats will have a Dickey SemiFly 45 at the show, superbly crafted in Napier from aluminium. 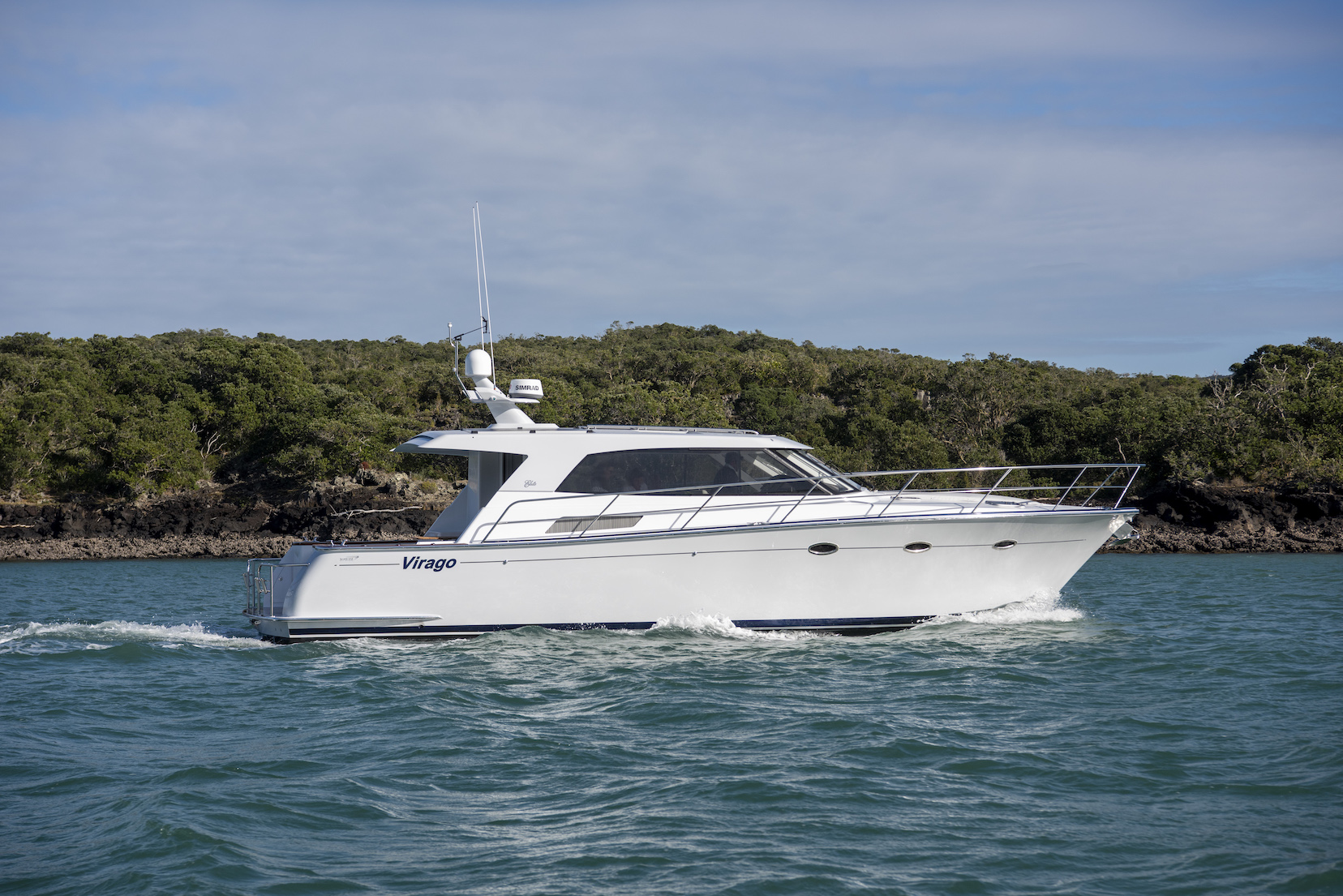 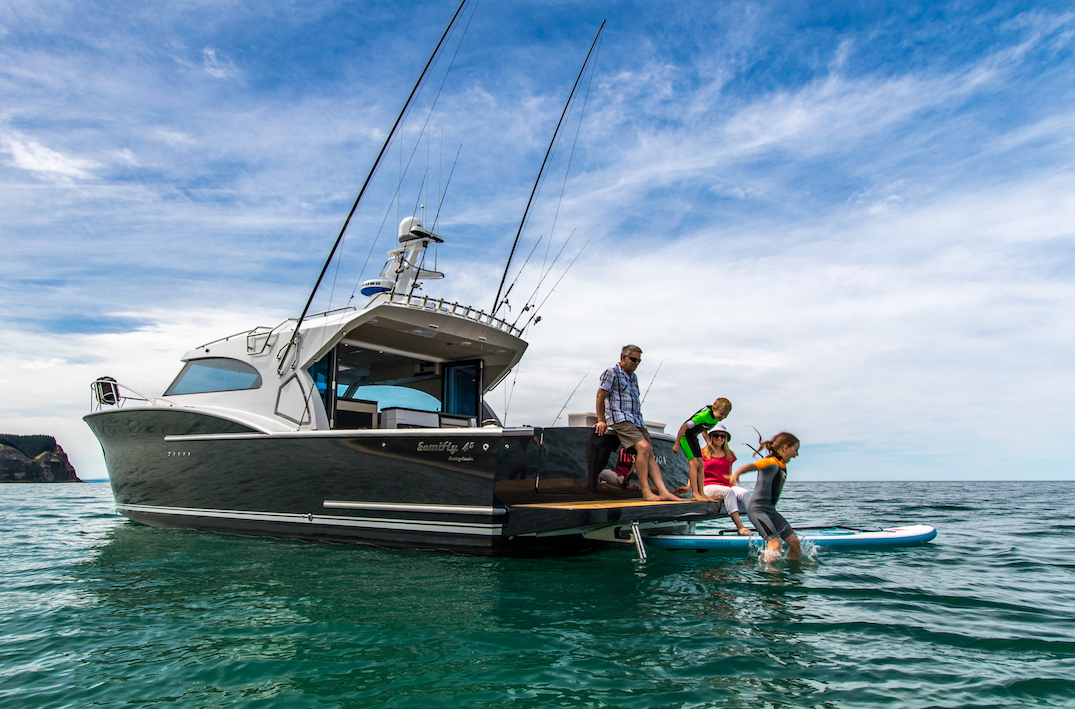 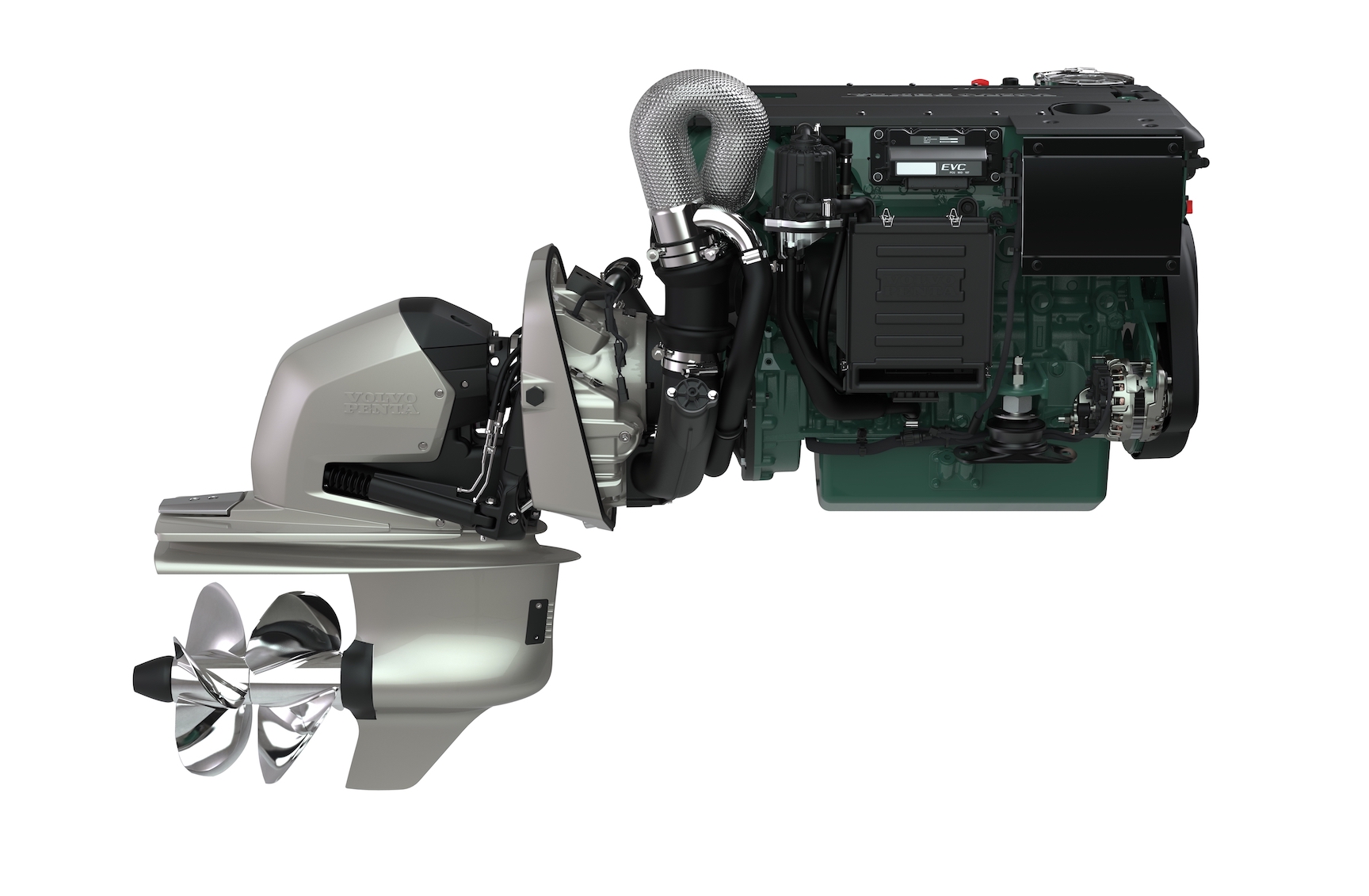 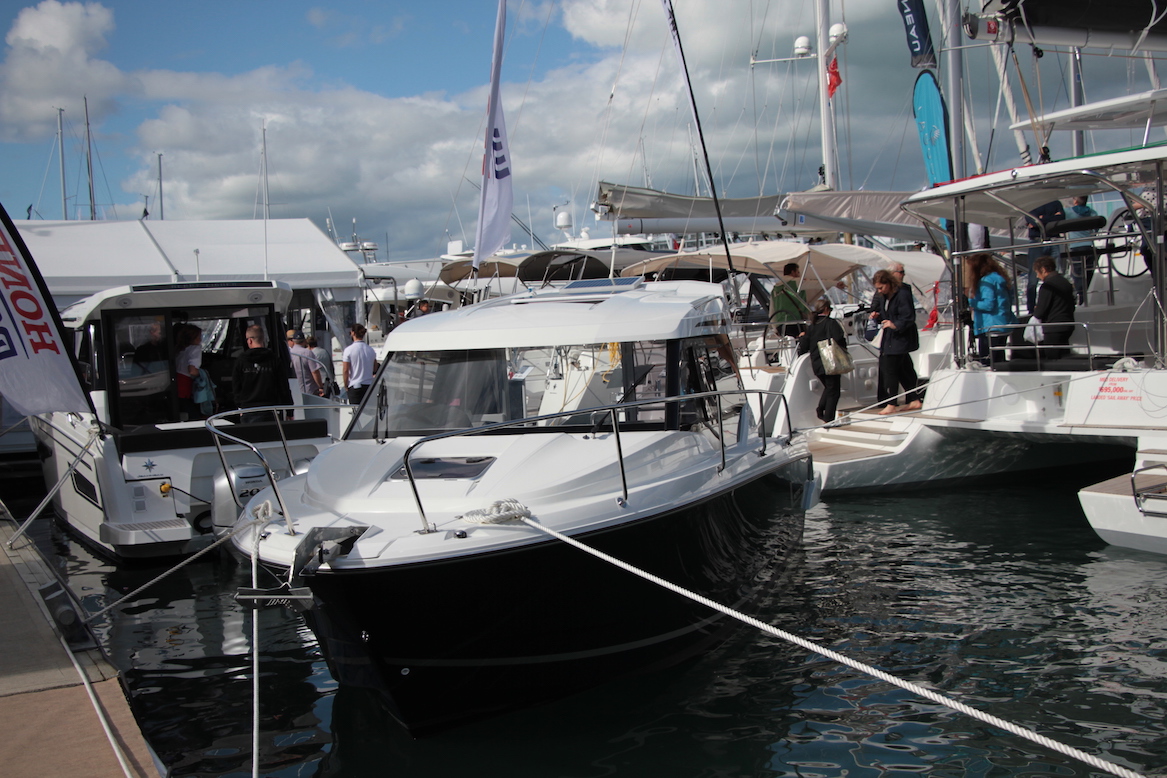 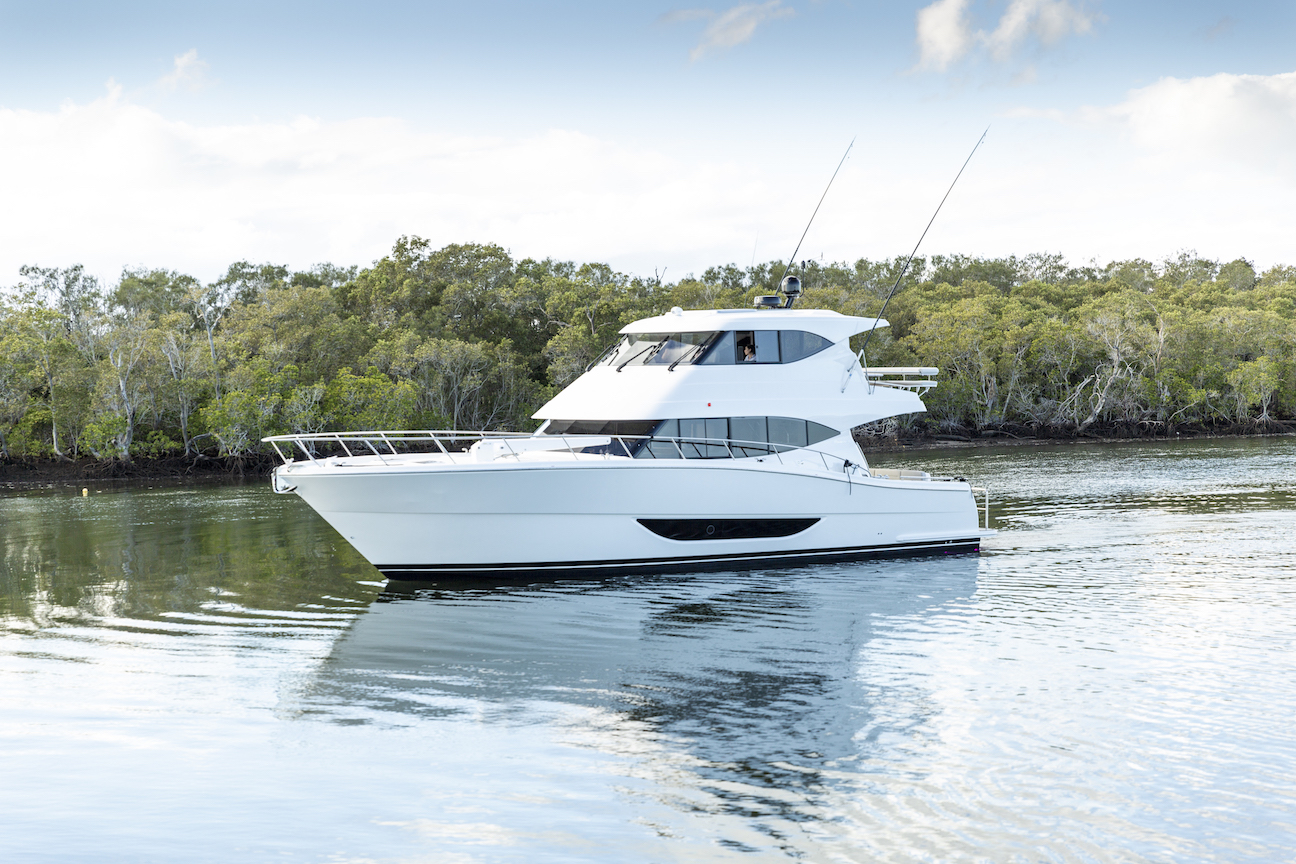 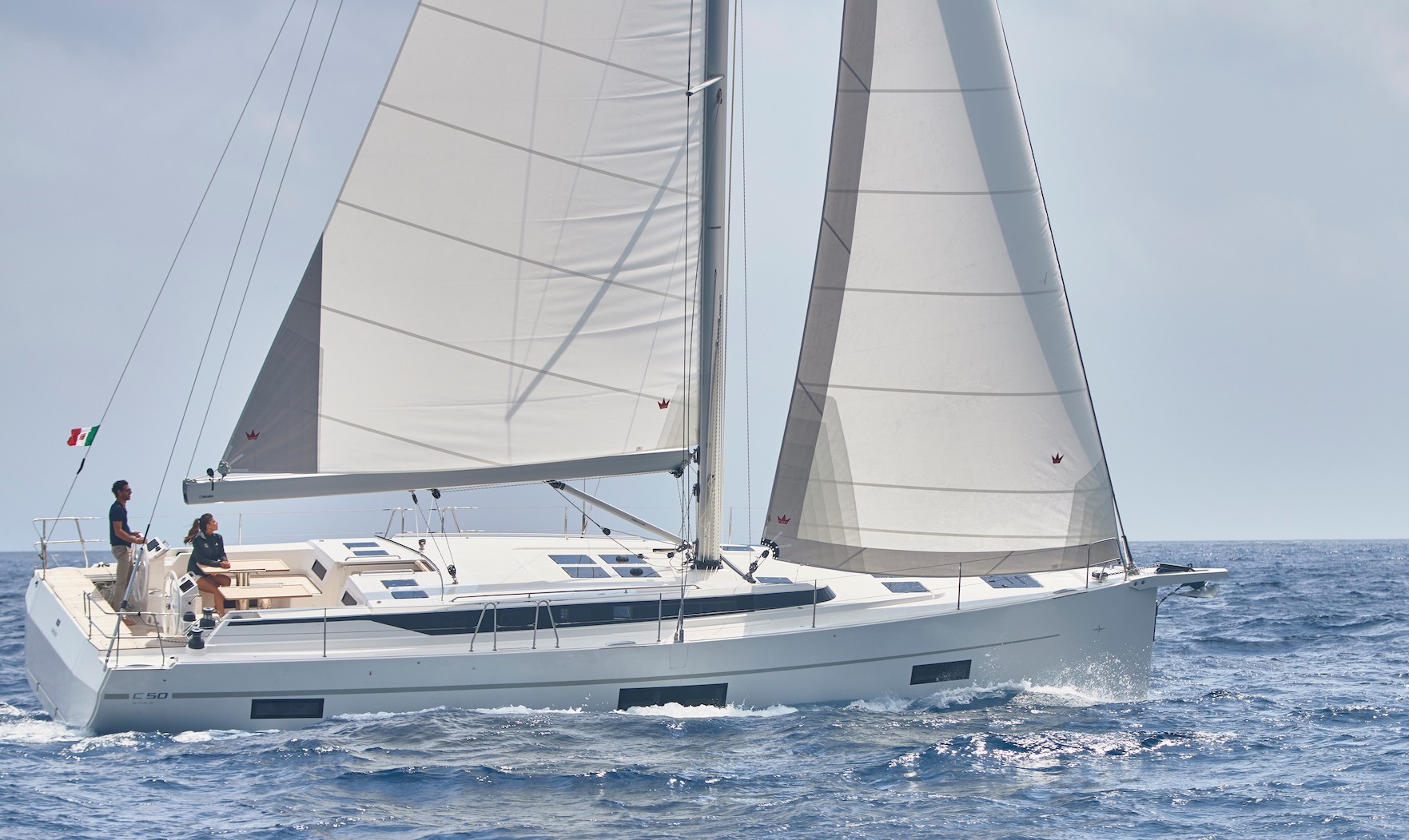 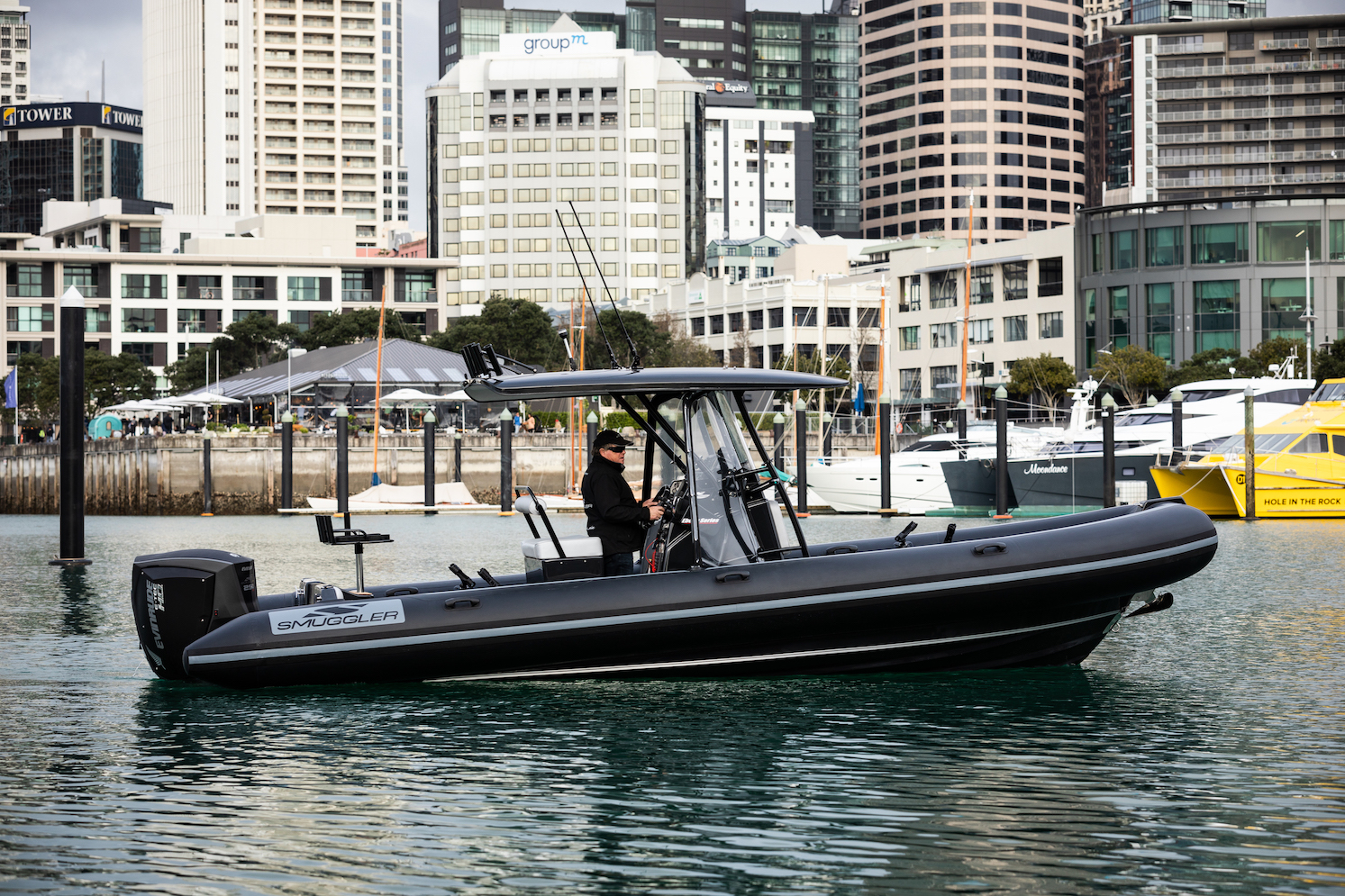 The big Aussie motor yacht manufacturers will be well represented this year. Maritimo plans to have new and updated models on display, including the new X50 and popular X60 sedan cruisers and M51 and M59 flybridge launches, updated for 2019.

Riviera, represented by Flagship Marine, will be showing off new models, including new boats in the SUV range, along with examples of existing flybridge and sedan launches.

Still on the water, Orakei Marine intends to show an extensive range of motor yachts and launches on the marina. Popular brands will include launches from Jeanneau, Prestige and Leader, with sail boats from Sun Odyssey and Lagoon. Orakei hopes to have three models of the popular Merry Fisher range at the show, as well as several Zodiac RIB models.

36 Degrees Yacht Brokers is back and displaying launches and yachts, with the new Beneteau GT50 motor yacht for as well as a GT40 and a Swift Trawler 35. For sail enthusiasts, there’s the new Beneteau Oceanis 46 to experience.

Another exhibitor with launches and yachts on the water in October is Busfield Marine Brokers. New Zealand agent for Bavaria, it will show off the Bavaria S36 coupe sports motor yacht and the brand-new Bavaria C50 yacht, the first in New Zealand.

Various charter and boat share companies will have a strong presence this year, including Dream Charters and Ownaship, which has expanded its fleet with another Maritimo M51 motor yacht, an Iliad 50 power cat and sailing catamarans by Lucia and Astrea.

As in previous years, New Zealand’s trailer boat and RIB manufacturers will have a strong presence at the 2019 show. As usual, Sealegs will have a wide selection of amphibious models on display, from 6.1 metres to 9 metres. The company will be offering demonstrations and sea trials throughout the three-day event.

With better access to the harbour, this year’s event will see more boats available for sea trial, meaning interested buyers will be able to get onboard and head out to the Hauraki Gulf to experience vessels underway.

The Auckland On Water Boat Show is not just about launches, yachts and trailer boats – it encompasses everything marine. For the first time in New Zealand, Volvo Penta’s new D4 and D6 engines for inboard, sterndrive and IPS can be seen at Volpower’s interactive display, along with the latest Volvo accessories and Humphree trim tabs and stabilisers.

With last year’s event showing a twelve per cent increase in visitor numbers, organisers are looking forward to seeing another strong boat show this year.