Engineered with minimised weight, track-focused dynamics and optimised aerodynamics, the 765LT Spider has all of the class-leading abilities of the 765 Longtail coupe released last year and meets the LT demand for exclusivity with just 765 cars available globally for customer order.

Carrying over the coupe’s DNA and only a minimal 49-kilogram weight increase – primarily from the retractable hardtop – the 765LT Spider weighs in at just 1,388 kilograms.

The electrically operated, one-piece carbon fibre Retractable Hard Top (RHT) enables open-top motoring in 11 seconds. It operates at speeds of up to 50 km/h, bringing the quad-exit titanium exhaust system’s call into the cabin to take driver engagement into another dimension.

“As we continue to build the LT sub-brand with the introduction of the new 765LT Spider, it’s clear our customers are increasingly attracted to the Longtail supercar proposition of exhilarating, extreme performance and limited availability,” said McLaren Automotive CEO Mike Flewitt. 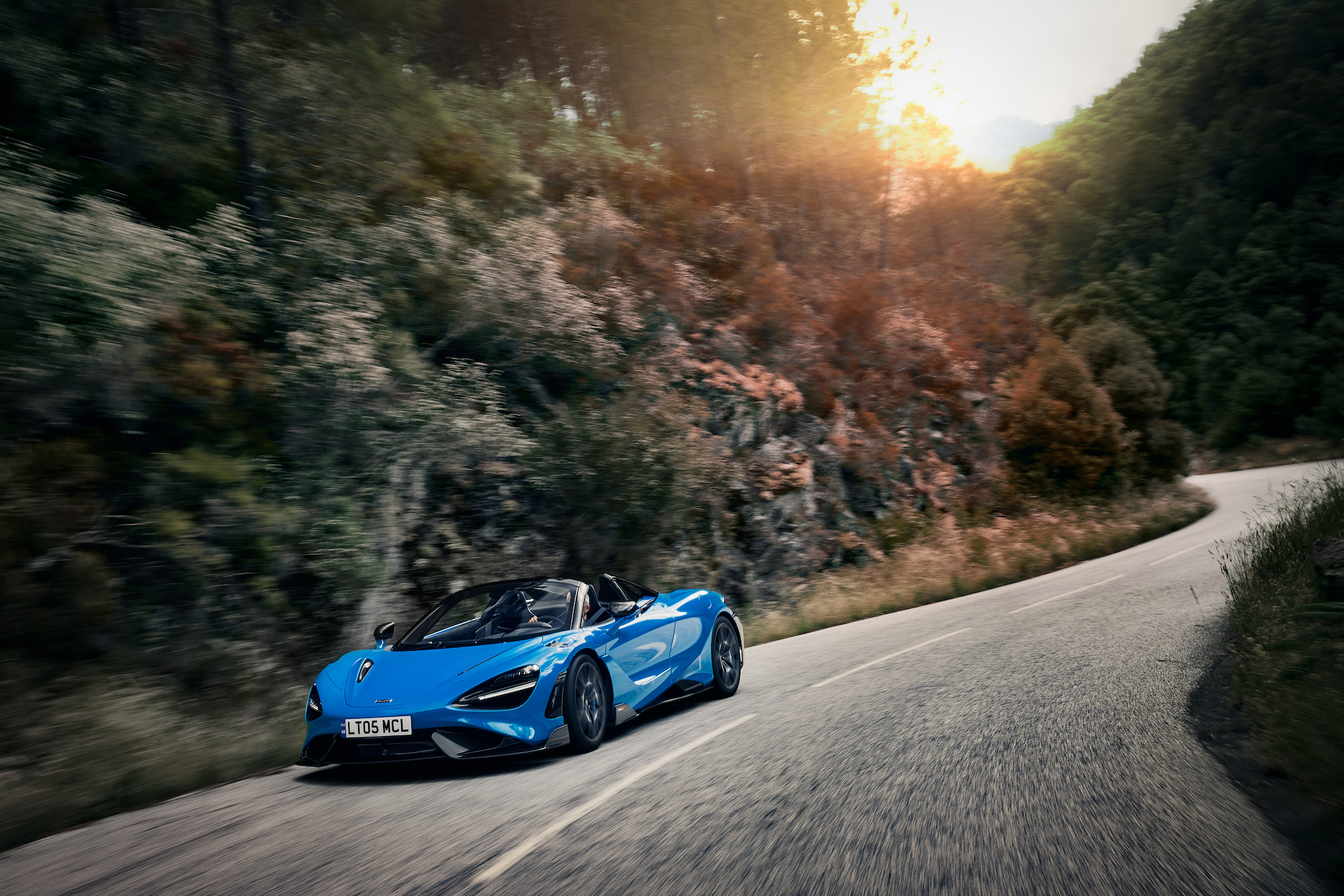 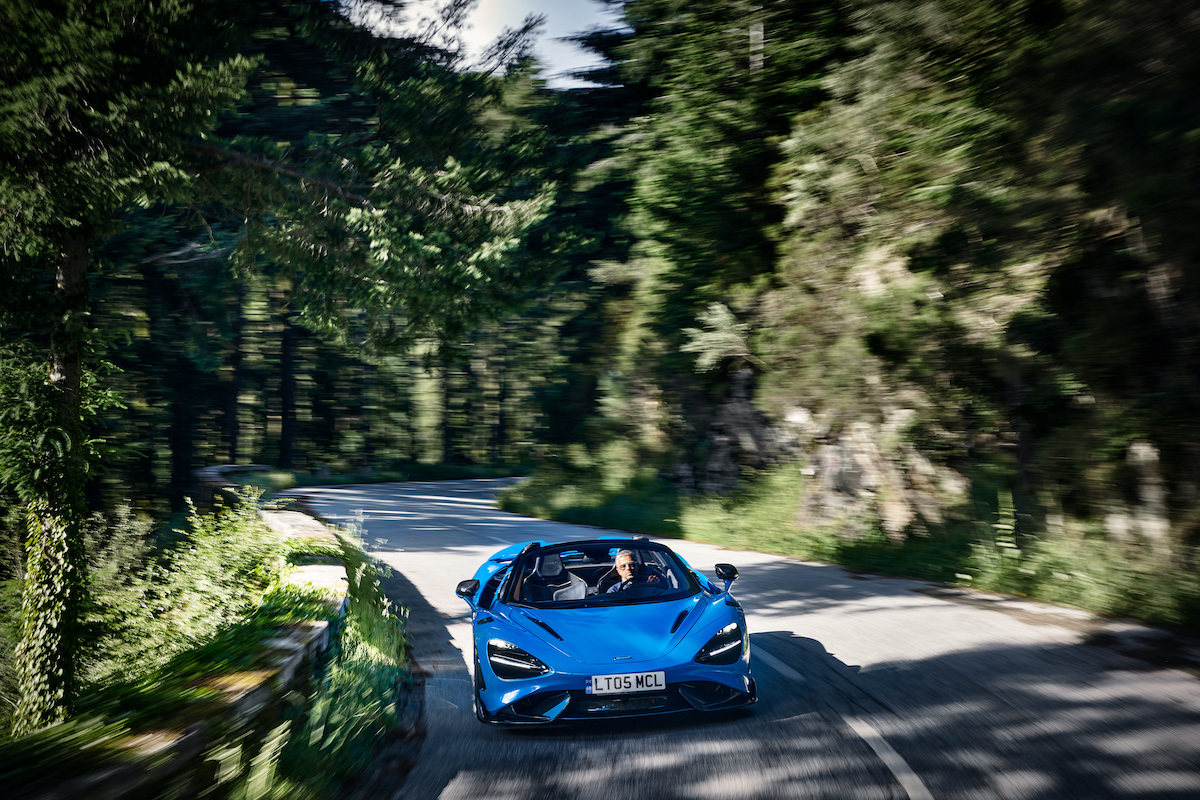 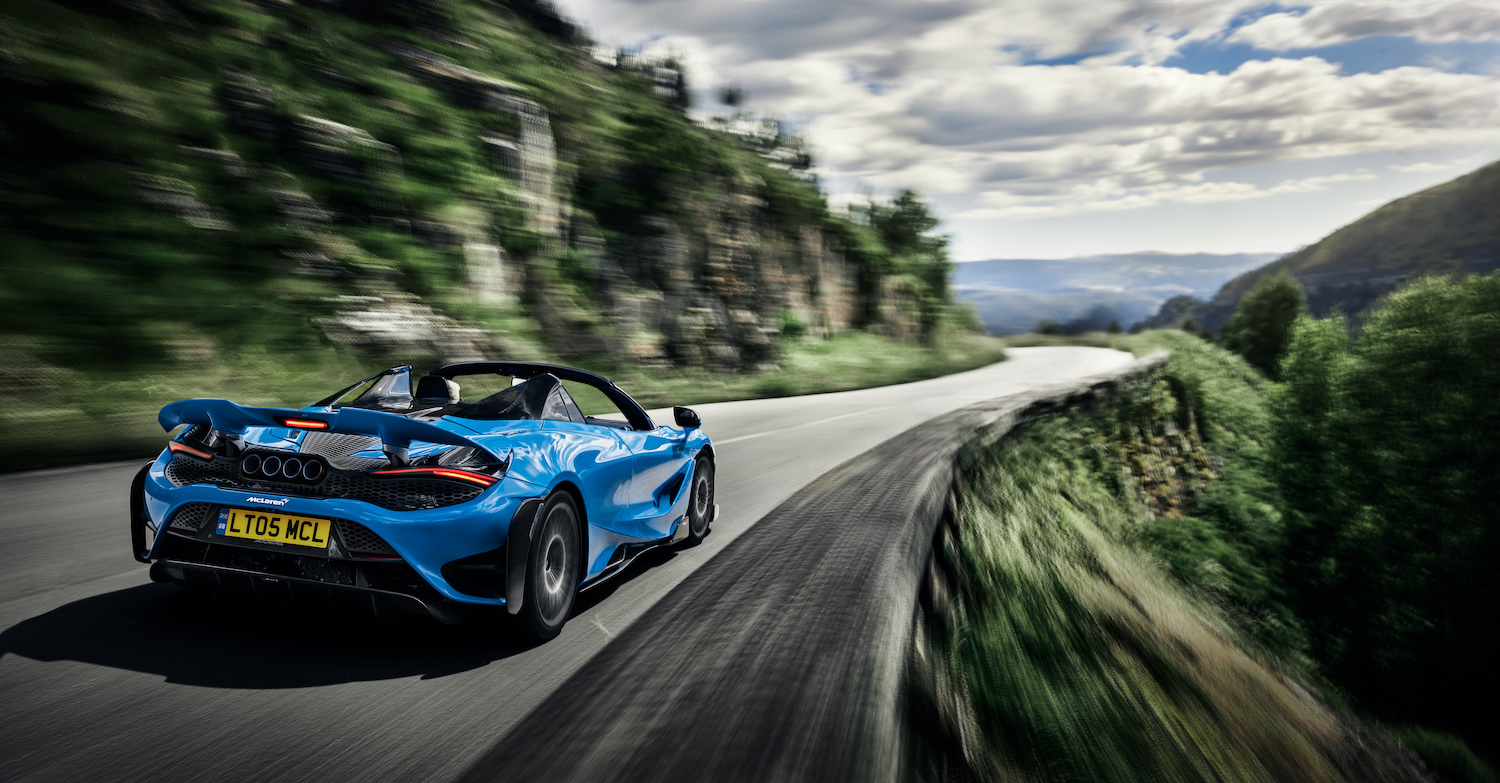 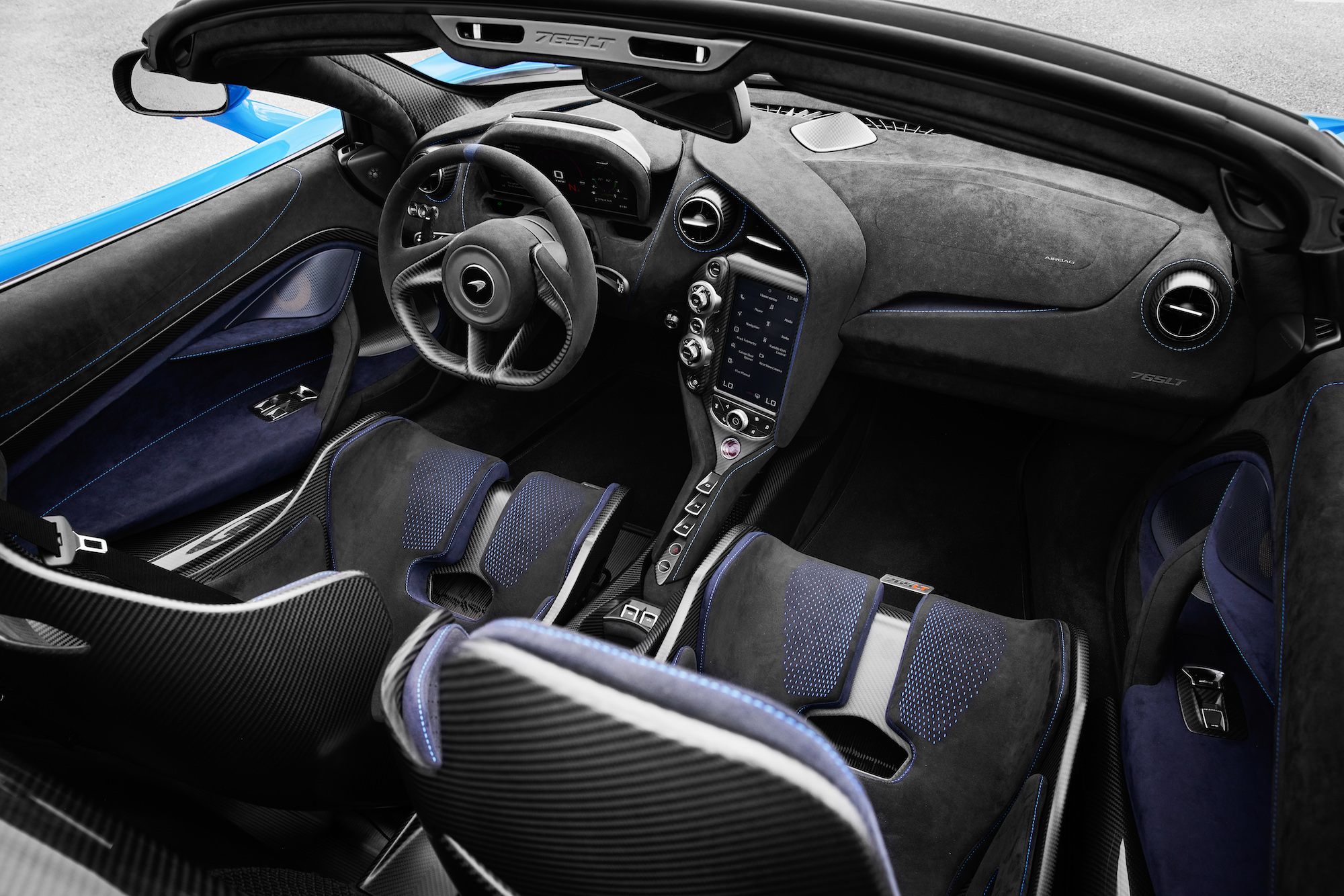 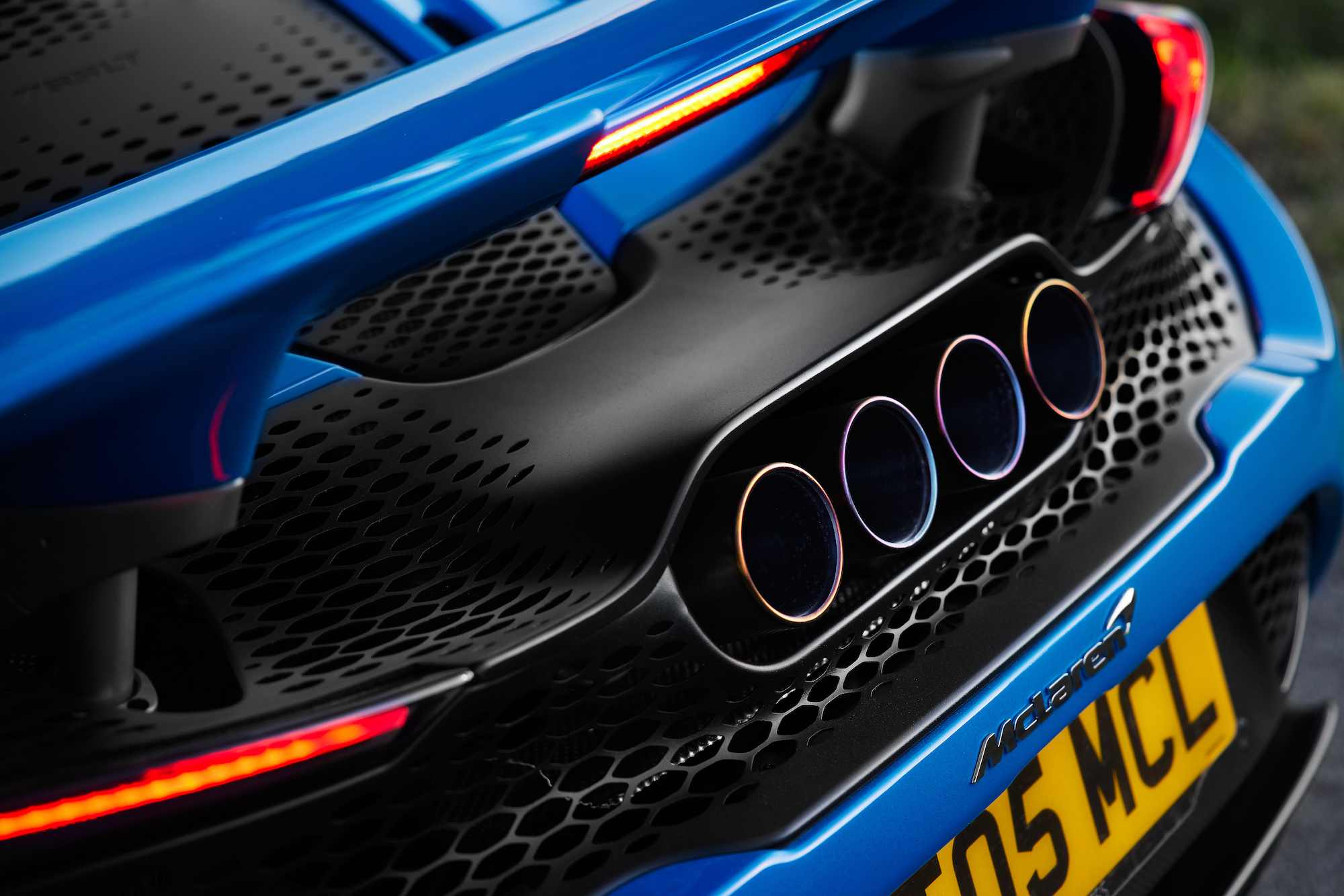 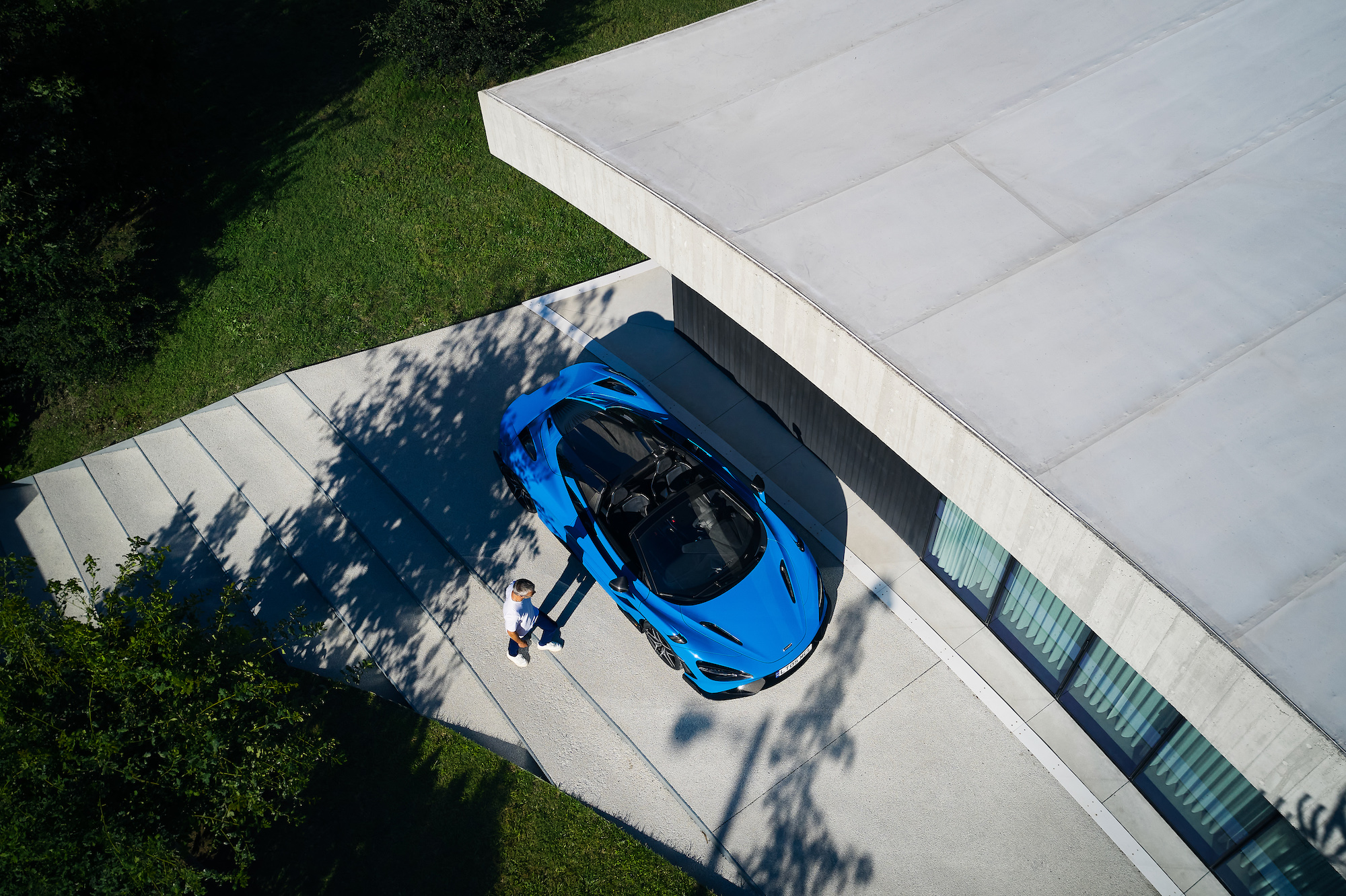 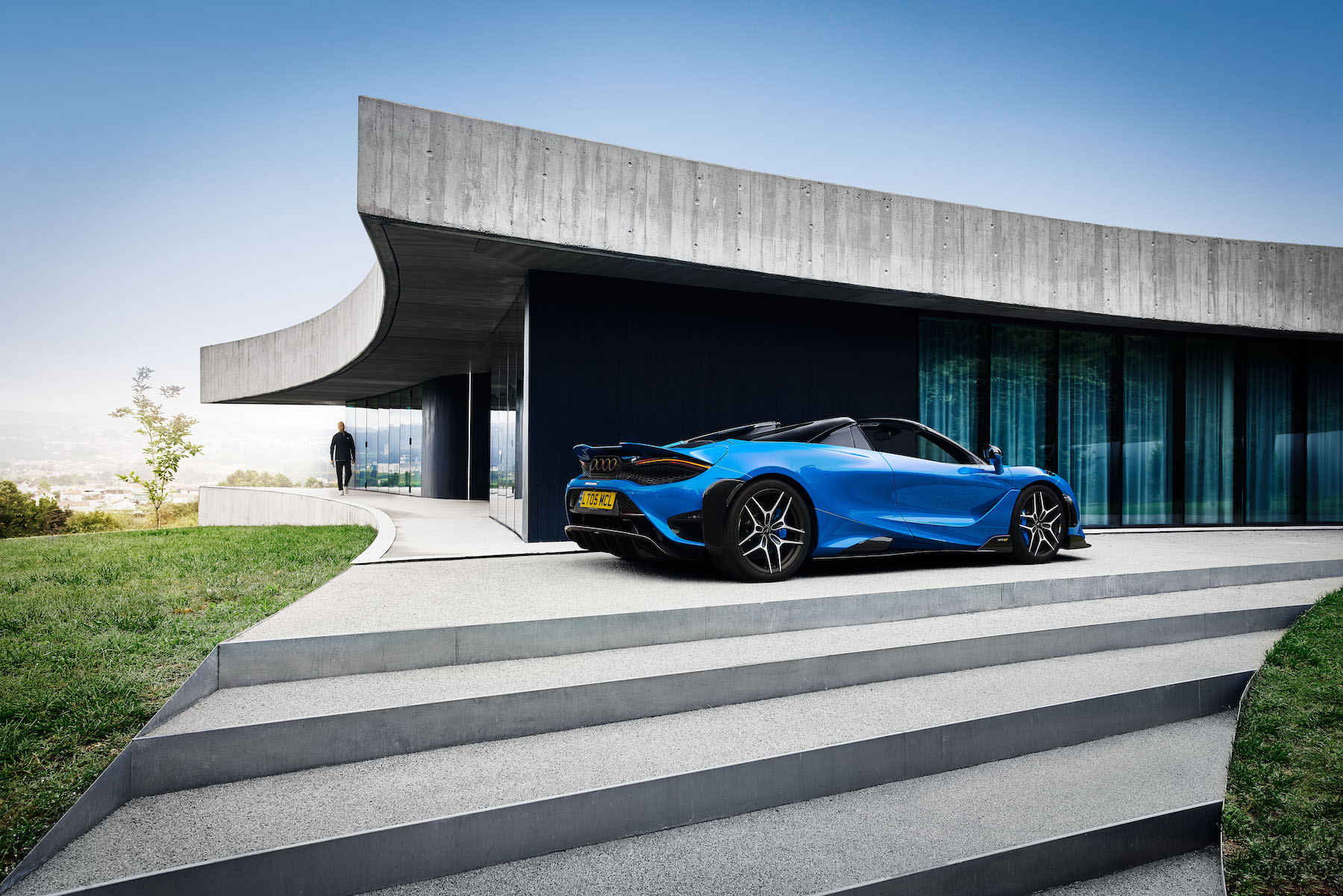 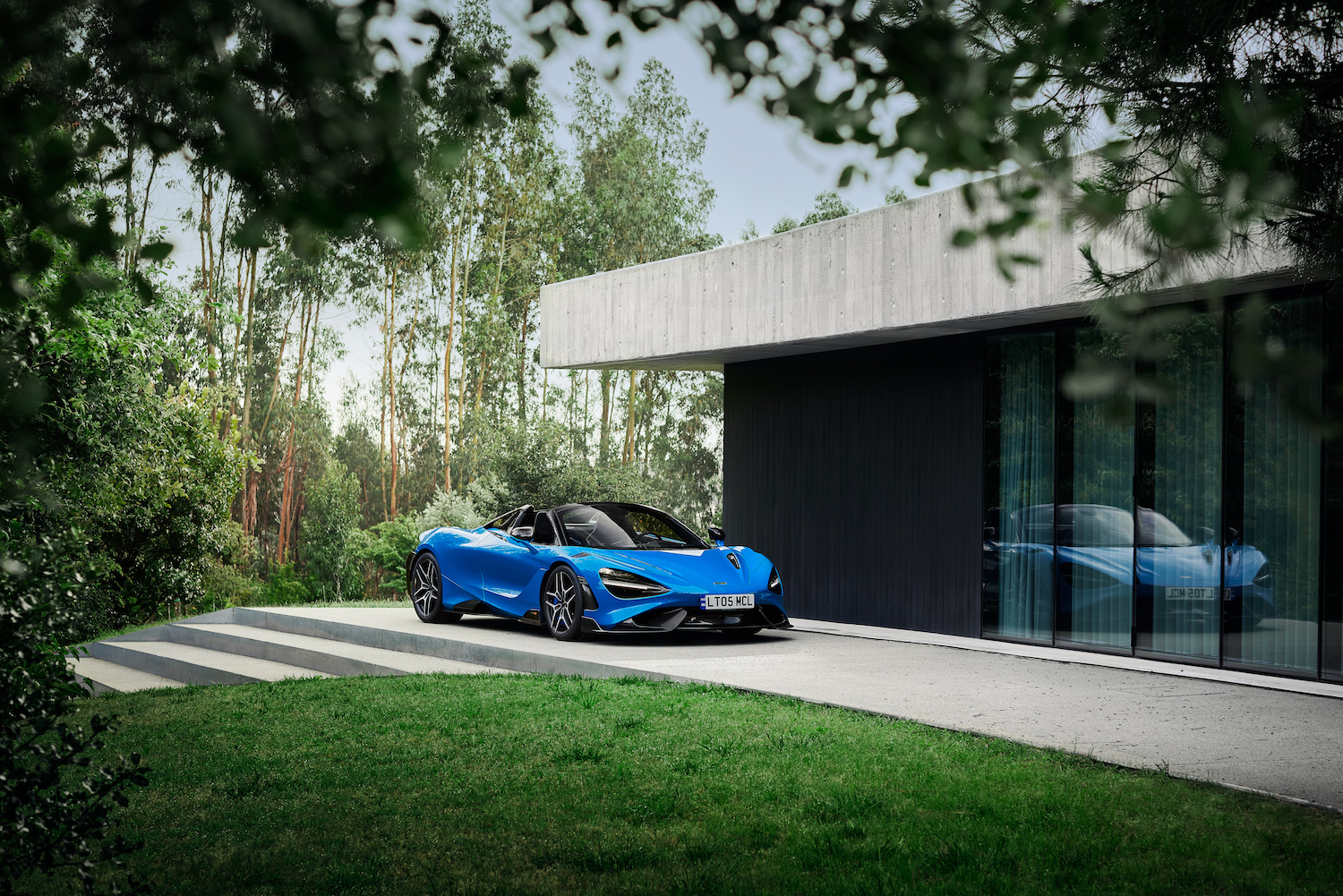 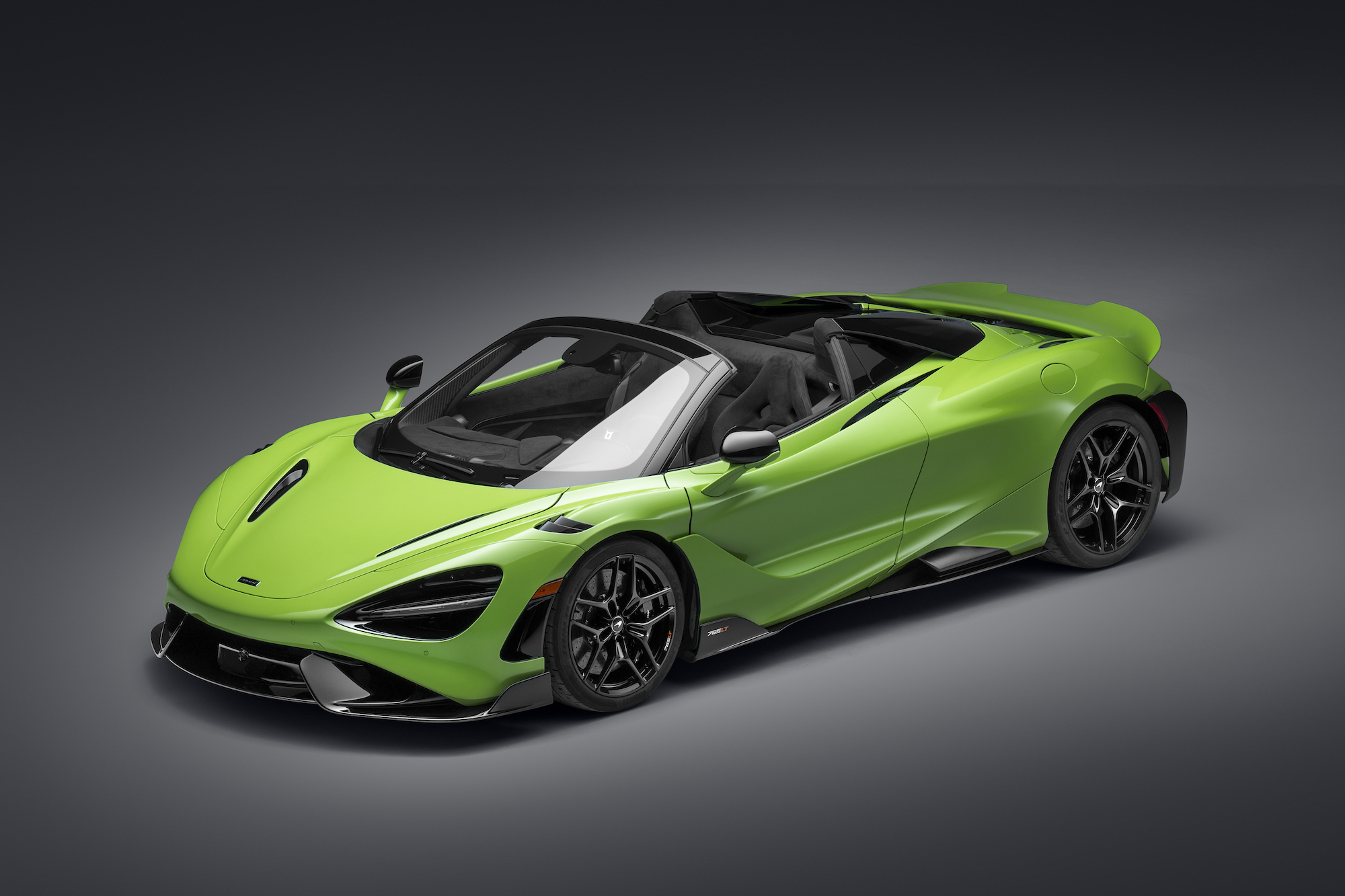 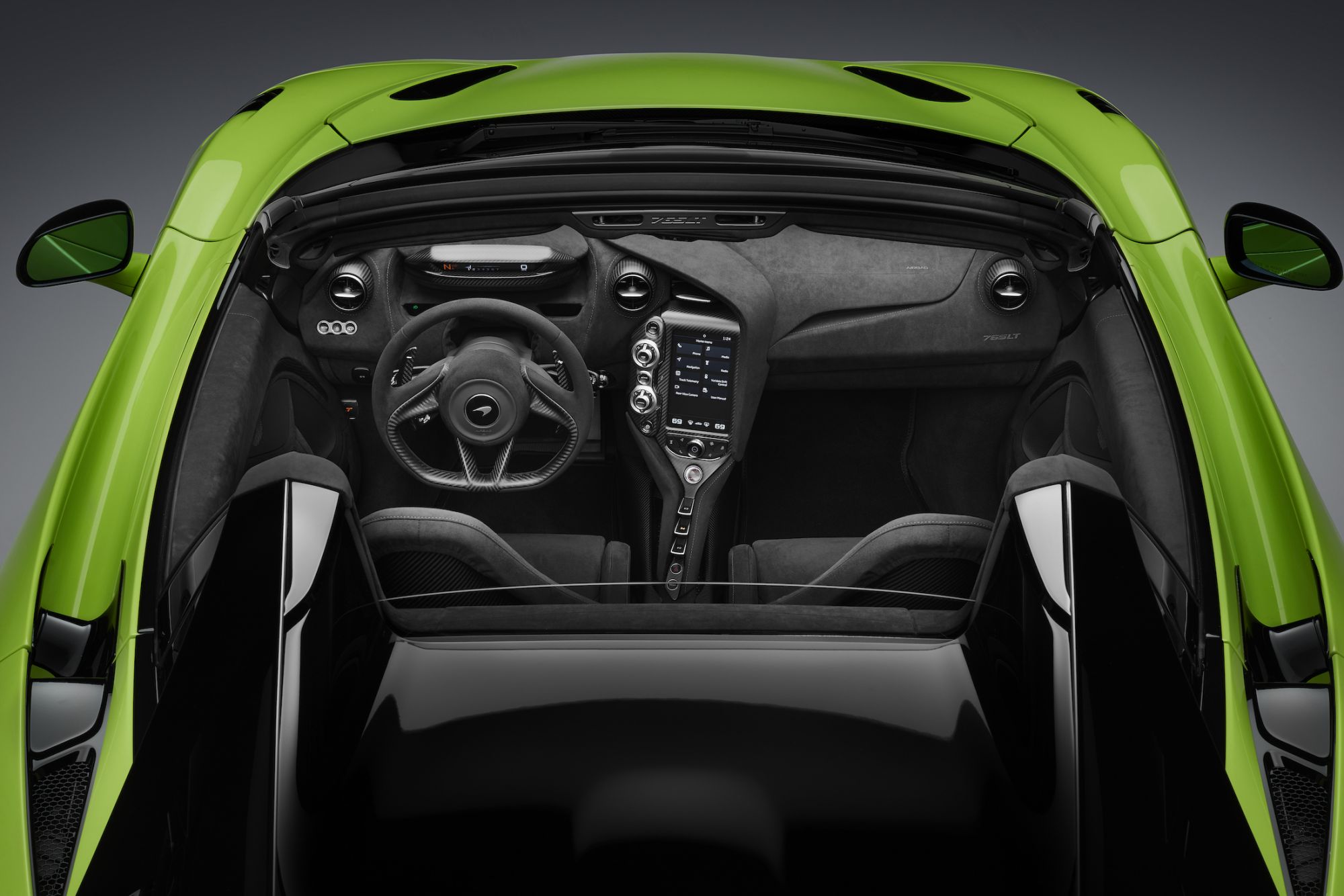 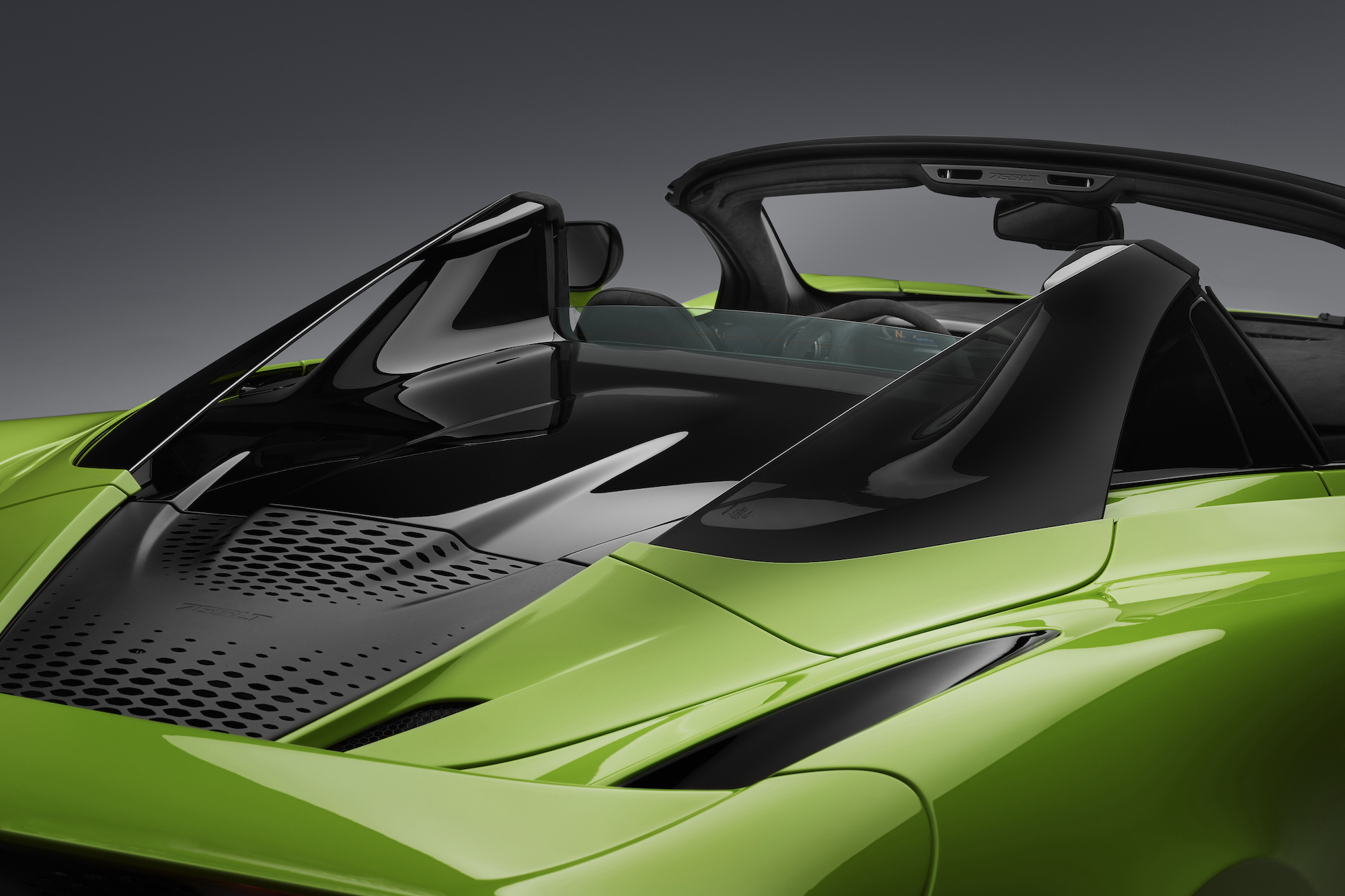 “With all 765 examples of the 765LT coupe sold, it’s no surprise that as we publicly announce our new LT Spider, production capacity for 2021 is already filled.”

The performance and power of the new Spider are enhanced by three compelling factors: the stability of its MonoCage II-S structure that includes a strengthening windscreen surround and carbon fibre structural supports to provide rollover protection; the design of its one-piece RHT roof; and the super-lightweight engineering.

The 765LT Spider also features a four-litre, twin-turbocharged V8 engine producing 765 PS for a best-in-class power-to-weight ratio of 598 PS-per-tonne and 800 Nm of torque. Transmission gear ratios have been revised for even greater engagement and performance; in-gear acceleration is 15 percent quicker than a 720S Spider, helping the new model achieve the fastest lap times ever posted by a convertible LT model.

McLaren has stated that the LT Spider only requires 10 seconds to cover 400 metres from a standstill, and the car’s maximum speed is 330 km/h.

“A McLaren LT is engineered to deliver not only incredible performance but also the highest levels of driver engagement,” said McLaren Automotive’s Director of Product Strategy Jamie Corstorphine.

“The 765LT coupe set new benchmarks in maximising a driver’s connection with the car, and the Spider builds on this, adding the additional engagement factor of open-air driving to give direct access to the scintillating sound of the titanium exhaust – a pleasure, which thanks to the electrically operated rear window, can also be enjoyed with the retractable roof in place.”