From his seaside hometown of Bournemouth, UK, to an Outboard and Chainsaw Mechanic in Bayview, to opening Mike Gaffikin Marine, the past 50 years in the Marine industry have been good to Mike – and he shows no signs of stopping yet!

After a few years as a mobile mechanic, specialising in diesel engines, Mike took the leap of emigrating to Australia at the age of 23 – coincidentally arriving in Sydney the day before Australia Day!

Despite never having even seen an outboard motor before, Mike secured a position as an Outboard and Chainsaw Mechanic with McCulloch Outboards based at Cedric Williams Boatshed in Bayview – kick starting his boating career.

After stepping up to Sales Manager at Cedric Williams selling Savage Cruisers, Bill Barry-Cotter approached him to market his newly developed Mariner 25-foot Pacer. A few ads in the SMH and a boatload of orders and inquiries later, he found himself a brand new dealer! 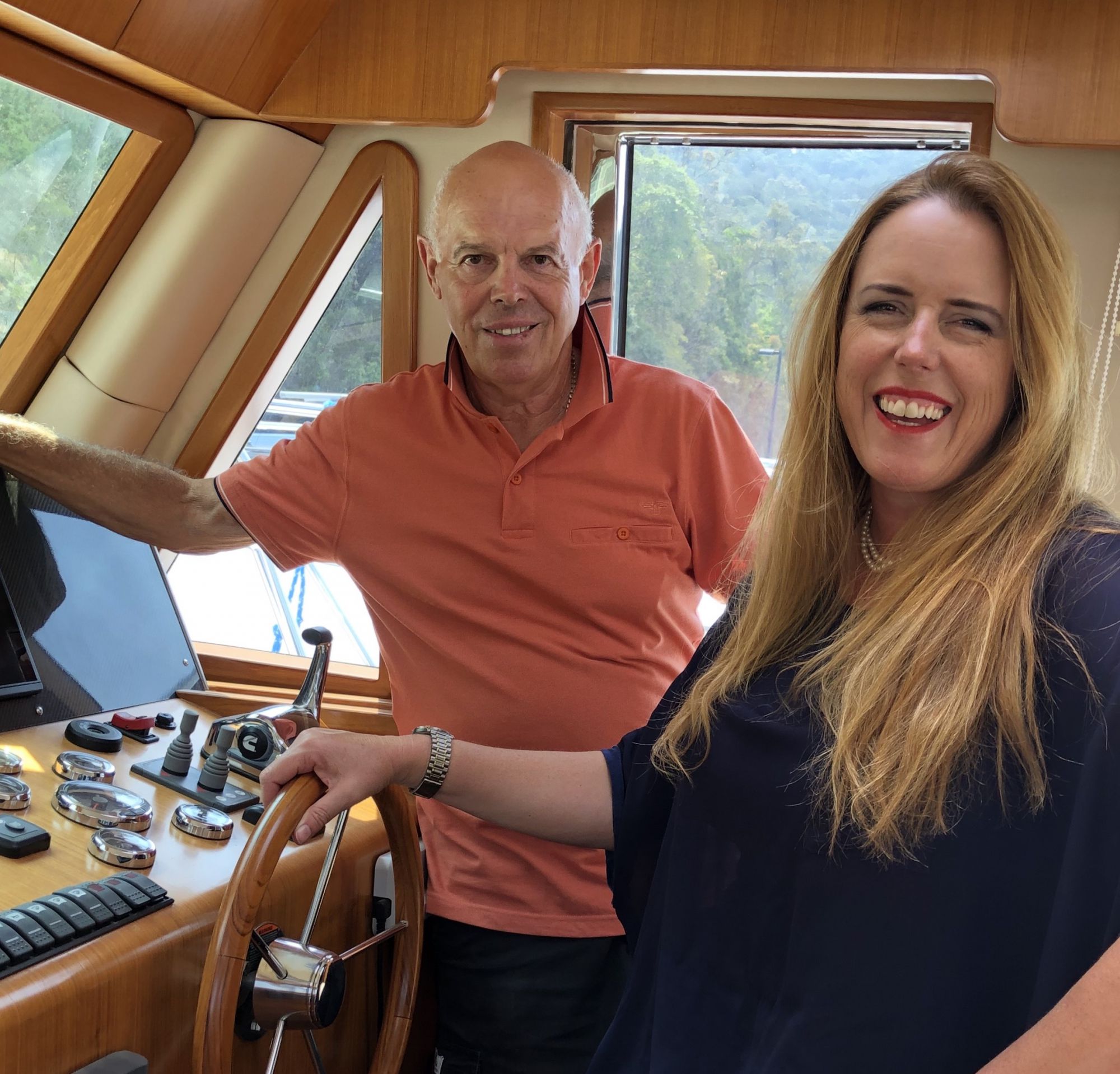 After the sale of Mariner Cruiser in 1982, Mike became a shareholder in Princess St Marina, Newport, and set up the NSW dealership for Riviera from 1982 until 1992 – selling over 250 new Rivieras during that time.

In 1994, he took over the Broker Operation at Akuna Bay, and after 25 successful years at Akuna Bay, he has now relocated to Empire Marina, Bobbin Head to start an exciting new chapter in his long boating career!

You’re invited to celebrate this new chapter with both Mike and Nicky Vaux in her new role as Business Development Manager at Empire Marina,  at the upcoming Bobbin Head Boutique Boat Show, on Saturday 7 and Sunday 8 December 10am to 4pm.