Maritimo builds for the future with new facility.

Australian motor yacht manufacturer Maritimo, is close to completing a multi-million dollar expansion of its original Gold Coast plant which will ‘future proof’ the business and create one of Australia’s most advanced and environmentally sensitive marine industry manufacturing facility.

The works which have been ongoing for more than a year will be completed early in 2019 and will virtually double the company’s original manufacturing base.

Plans for the expansion started in late 2017 with the purchase of a 3.09 hectare commercial site adjoining Maritimo’s factory in Waterways Drive at the Coomera Marine Precinct. The site in McPhail Road, backing onto the Maritimo factory, has been a hive of activity since then. 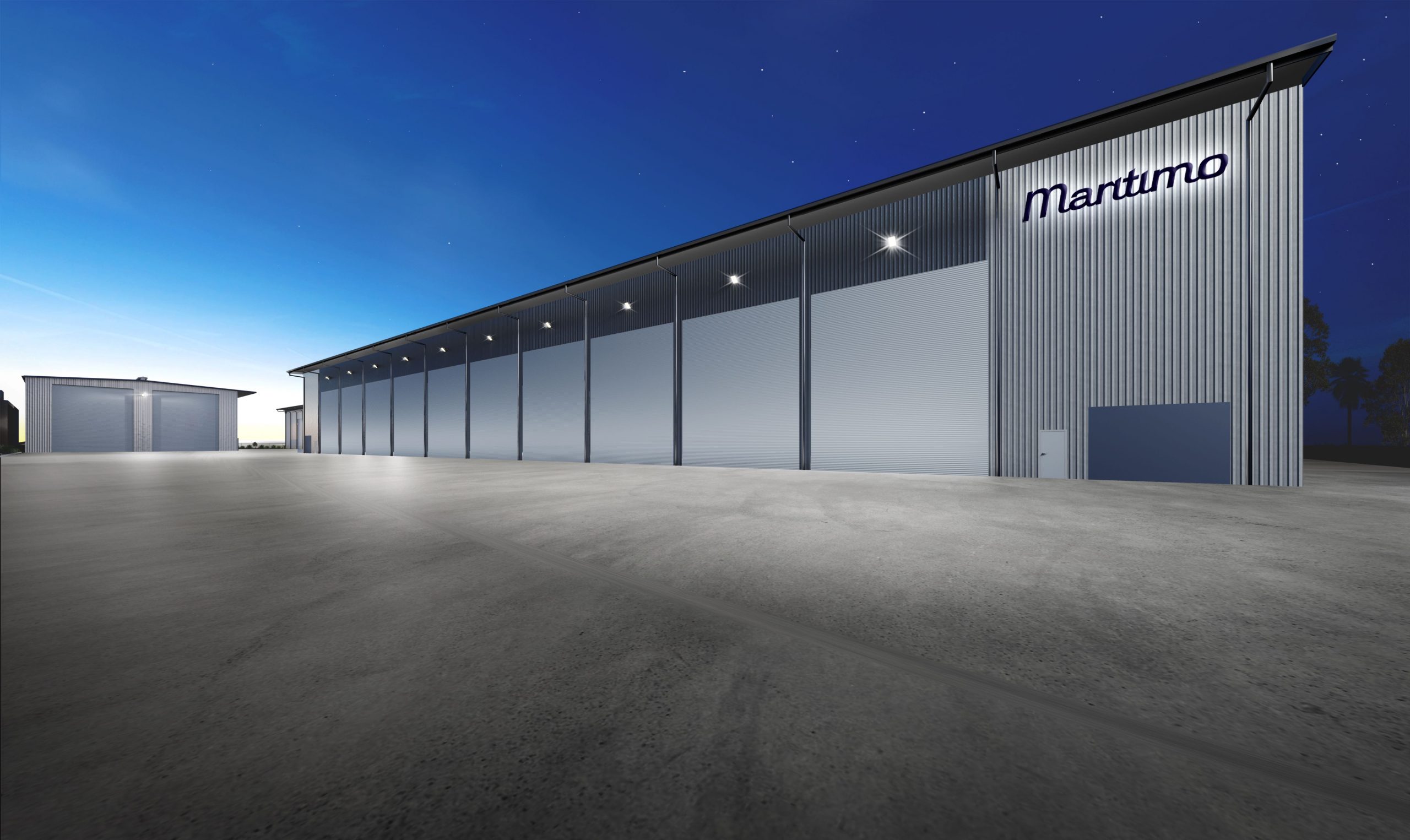 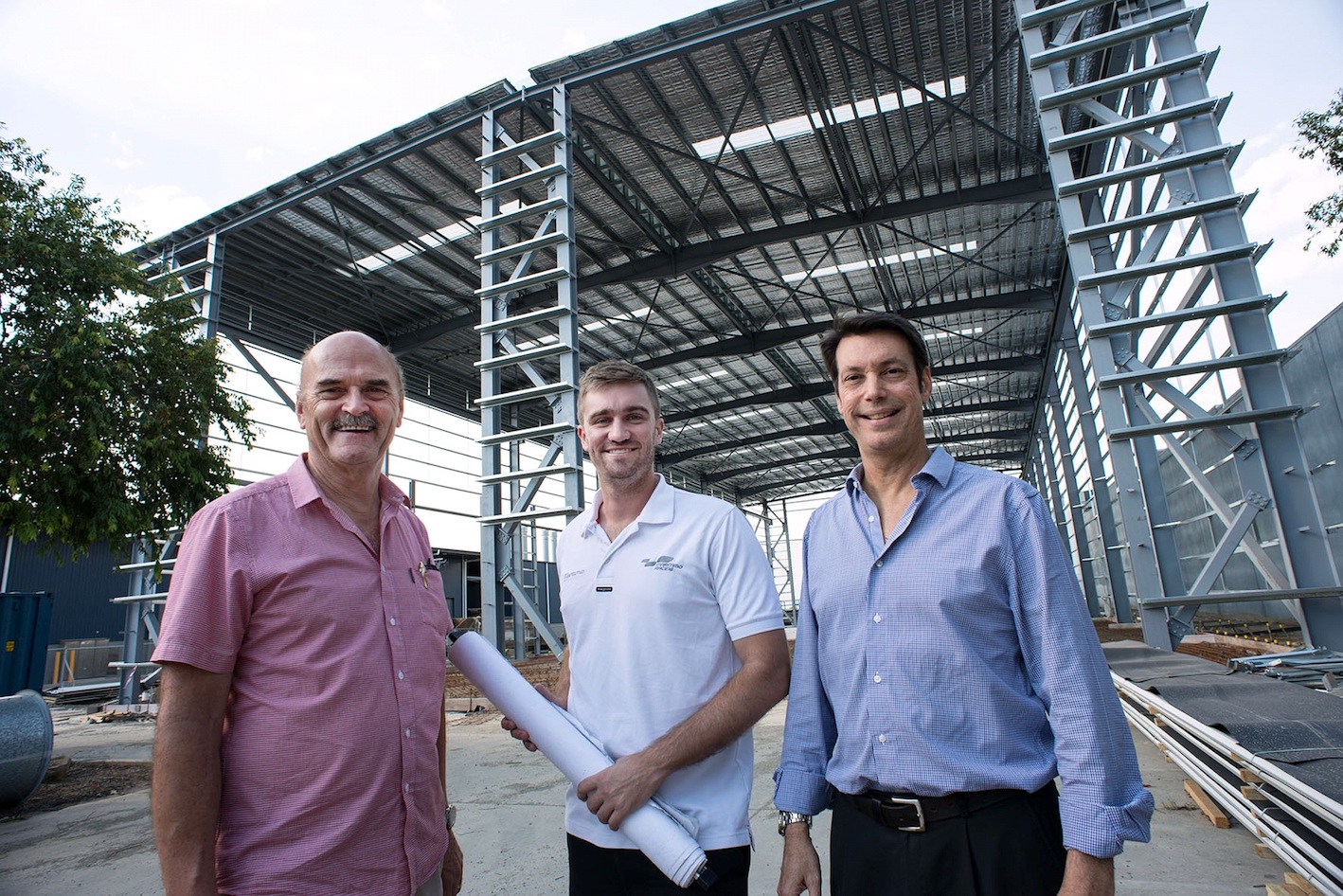 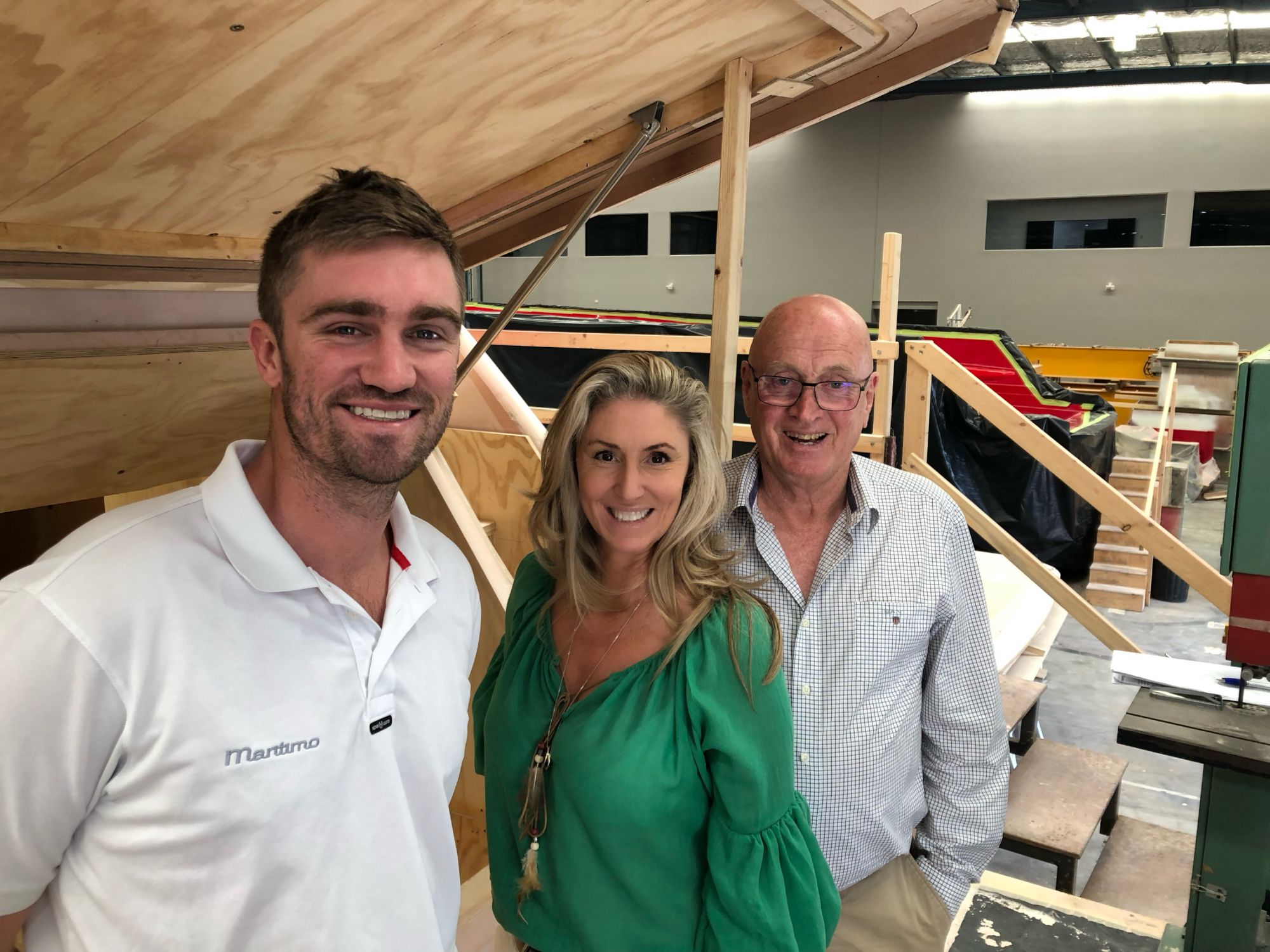 “We conducted a root and branch review of our entire manufacturing operation and this new facility has enabled us to streamline and refine how we design and manufacture boats and at the same time dramatically improve the working environment for our people,” he said.

CEO Garth Corbitt said the completion of the new manufacturing facility would come as Maritimo’s global expansion was stepped up and followed on from its most successful year ever in 2018 with record sales across the globe.

“Ongoing the company will continue to market approximately half of the vessels we produced internationally and our new improved base will enable us to do that efficiently and cost effectively ultimately resulting in a better product for our customers and a better environment for our people,” he said.

Maritimo General Manager Operations, Phil Candler, said the expansion enabled Maritimo to grow and increase the size of its vessels as and when it sees fit without having to make any significant factory changes.

He said benefits were already flowing with the new product and design team being shifted from the company’s Hope Harbour facility into the refurbished existing building on the acquired site. “We now have the new product and design team located with R and D and have virtually trebled their space in an area which enables better interaction with manufacturing and a more productive flow of ideas and information between design and production,” he said.

Candler said the improvements and advances in-built into the new combined facility were substantial and significant and would also make for a work environment without peer in the marine sector in Australia. Even rainwater run off will be harvested and filtered before being returned to the environment and used to nurture gardens and landscaping. He said the new buildings enabled Maritimo to redistribute current resources at Waterways Drive which would enhance productivity and quality of workmanship.

“The new lamination shed has greater capacity and volume than before which creates better air flow through the building and mobile designated air extraction units can be deployed to anywhere in the building where there is a need in the work process flow,” he said.

“Walls in the new sheds have been insulated to reduce heat, the volume of air in the facility has been increased to better the work environment, there are new lunchrooms, toilets and showers, 230 square metres of portable mezzanine areas have been purchased enabling us to tailor workplaces specifically to the needs of the day, we have greater storage for moulds, both inside and out, and have created more designated detailing and cutting bays with state of the art extraction.”

Candler said the expansion has seen a doubling of Martimo’s CNC router machinery with  router one and 3D Design technology located together in McPhail Road building one to assist with new product development.

A new CNC router was moved into the existing wood shop at Waterway’s Drive.

In one of the new buildings he said a streamlined manufacturing process would see vessels enter at one end and then make their way through the facility emerging at the other end virtually completed.

“We have the capacity to have four vessels engineered at one time as they progress through that facility,” he said.

“This design and production process allows us to cater for a wide variety of different sized vessels and to increase the size of our models in the future if we wish to.”

Candler said the blueprint for the new combined facility and its various different elements came about after extensive consultation with the different crews on the factory floor to get feedback on what worked the best.

“We have minimised waste in terms of time, manpower and materials, we have streamlined the process to provide an improved and higher quality product and we have created an environment for both manufacturing workers and the R and D and design department to excel,” he said.

Candler said as part of its expansion Maritimo was increasing its apprentice intake and was continuing its training and development of current staff while undertaking a substantial manpower drive aimed at increasing the overall workforce by 30 percent.