Italian shipyard Rossinavi has delivered EIV, a fully custom 48.8-metre superyacht commissioned by a US client.

Previously known as Project Vector 50, EIV has been delivered to her new owner.

Key components and mechanical features as well as the electrical system are made in the USA and US-standard, since the vessel will be based in US and Caribbean waters. The attention to US standards is also applied to its ergonomic function and interiors, a response to the clients’ desire and the growing interest in Rossinavi from the American market.

“The Vector project comes in a 50-metre version under the name EIV, the “little sister” of Utopia IV. The success of this concept can be found in its balance between a generous layout and its sporty lines.

“Thanks to a fast-displacement aluminium hull, EIV is capable of crossing the oceans and cruising in areas characterised by shallow waters. Performance, luxury and sea-attitude are the key words that best describe this new Rossinavi,” says Federico Rossi, Chief Operating Officer of Rossinavi.

A sport design project with the ergonomic space of a full-displacement yacht, EIV incorporates technical advancements including a shallow draft of just over two meters and perfect stability that allows it to easily cruise in the Bahamas and South Florida waters. 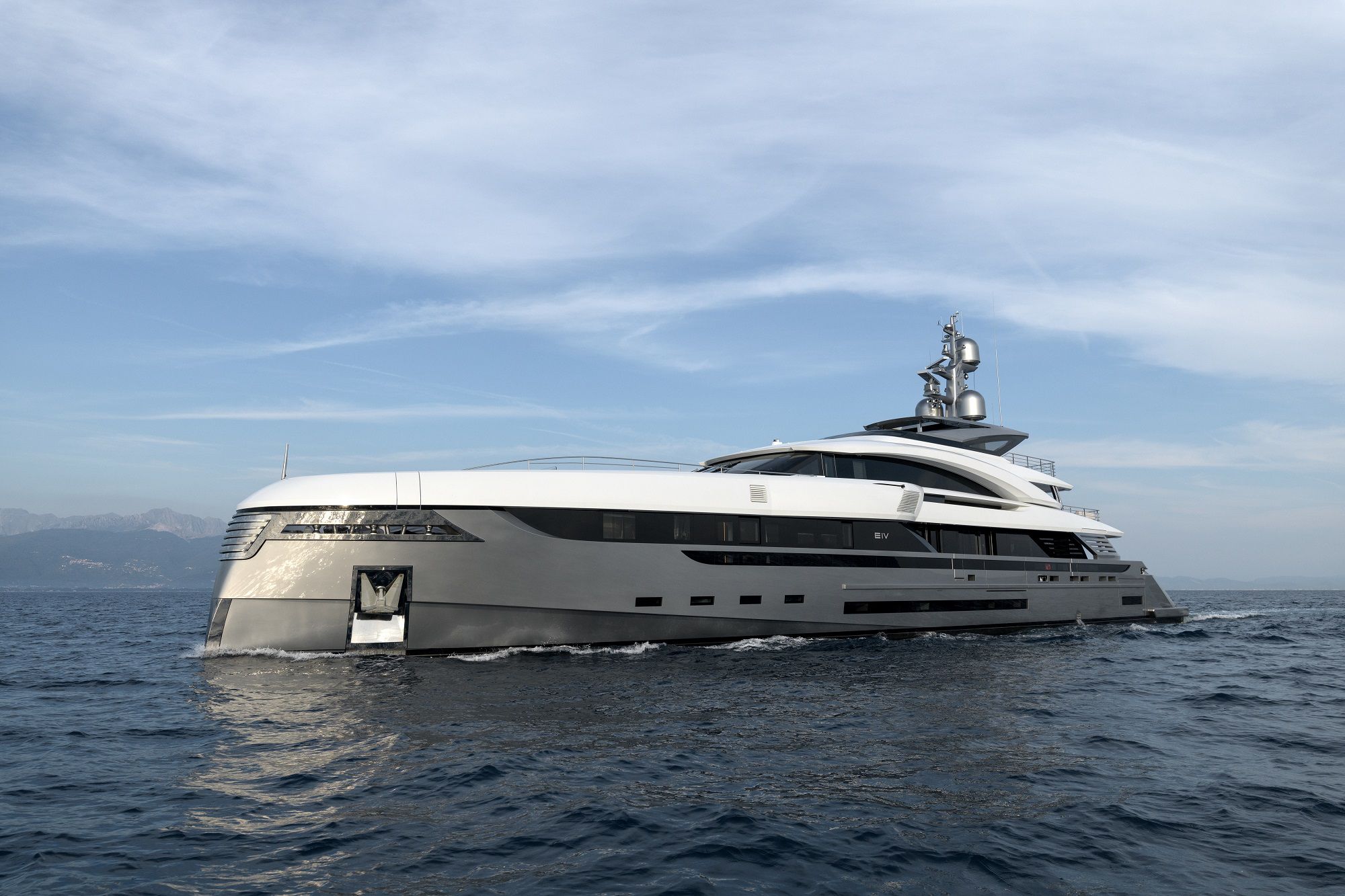 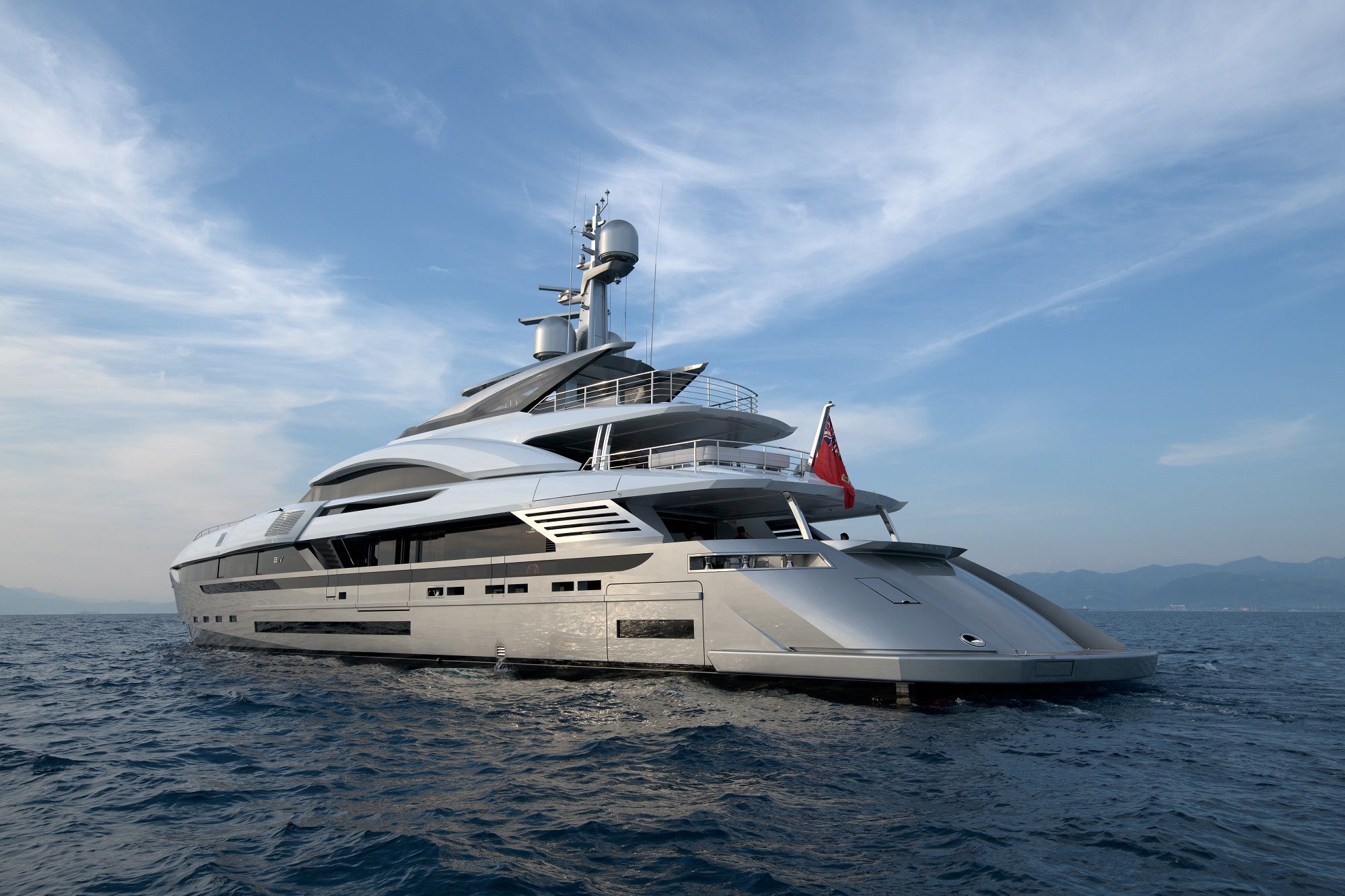 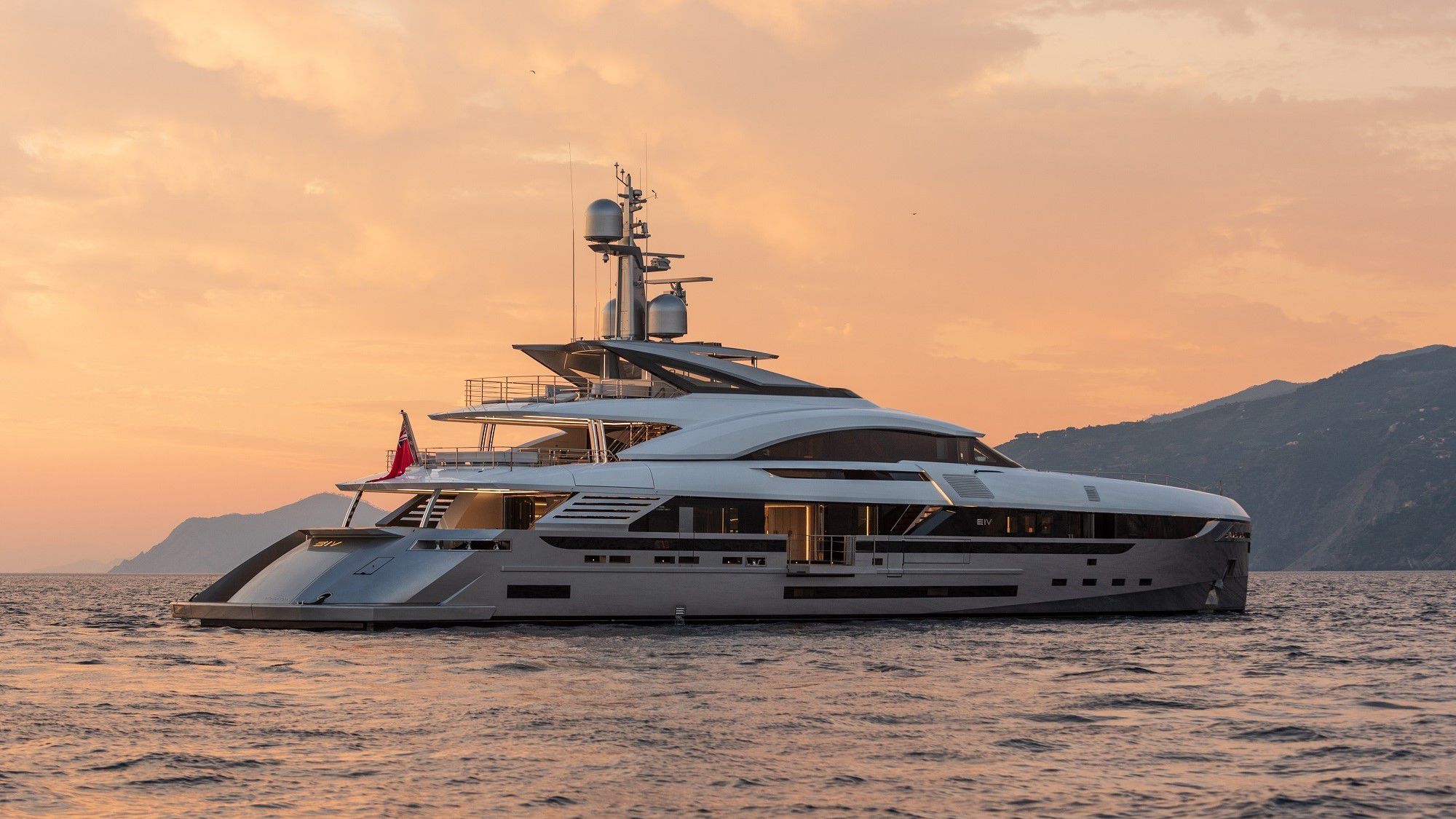 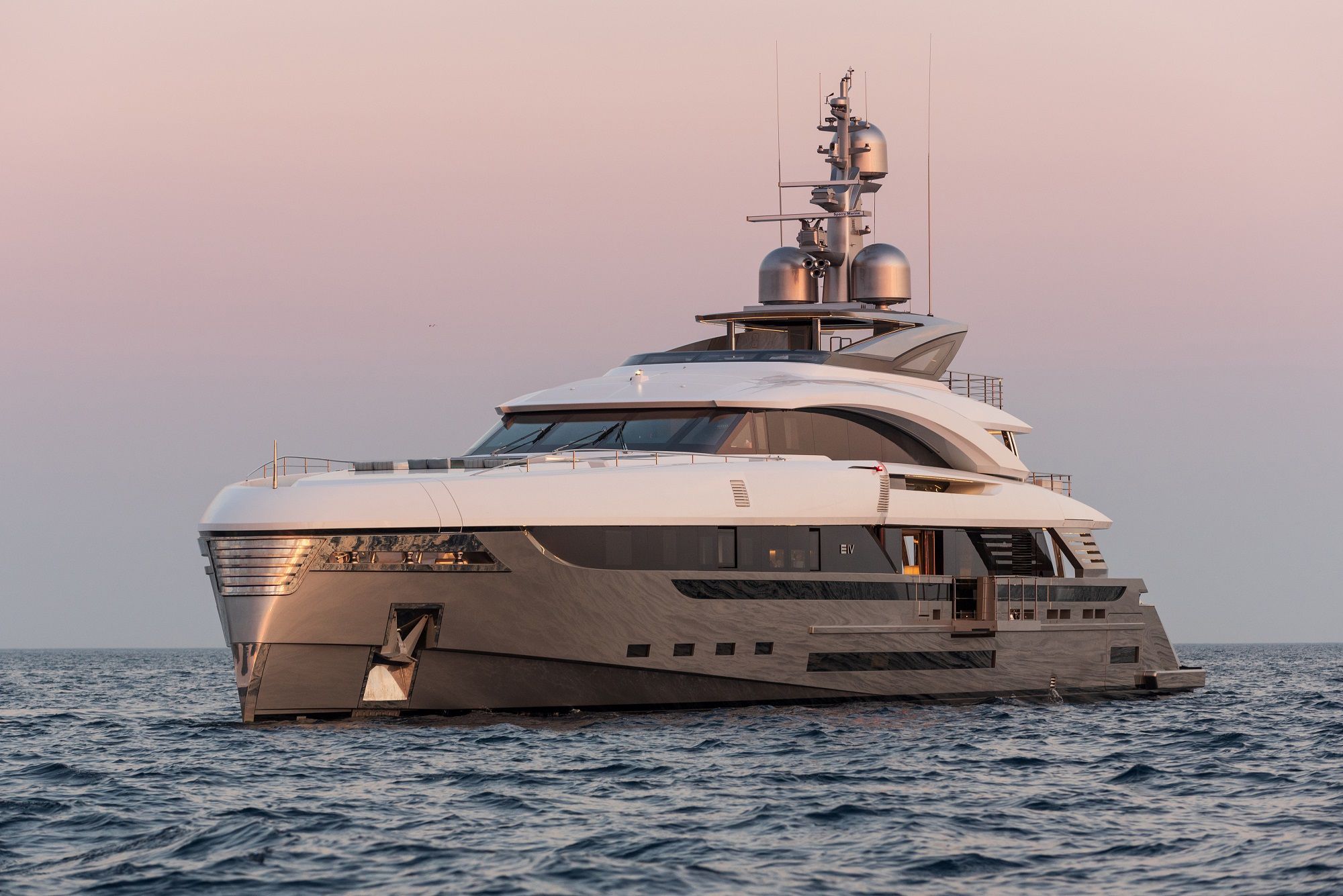 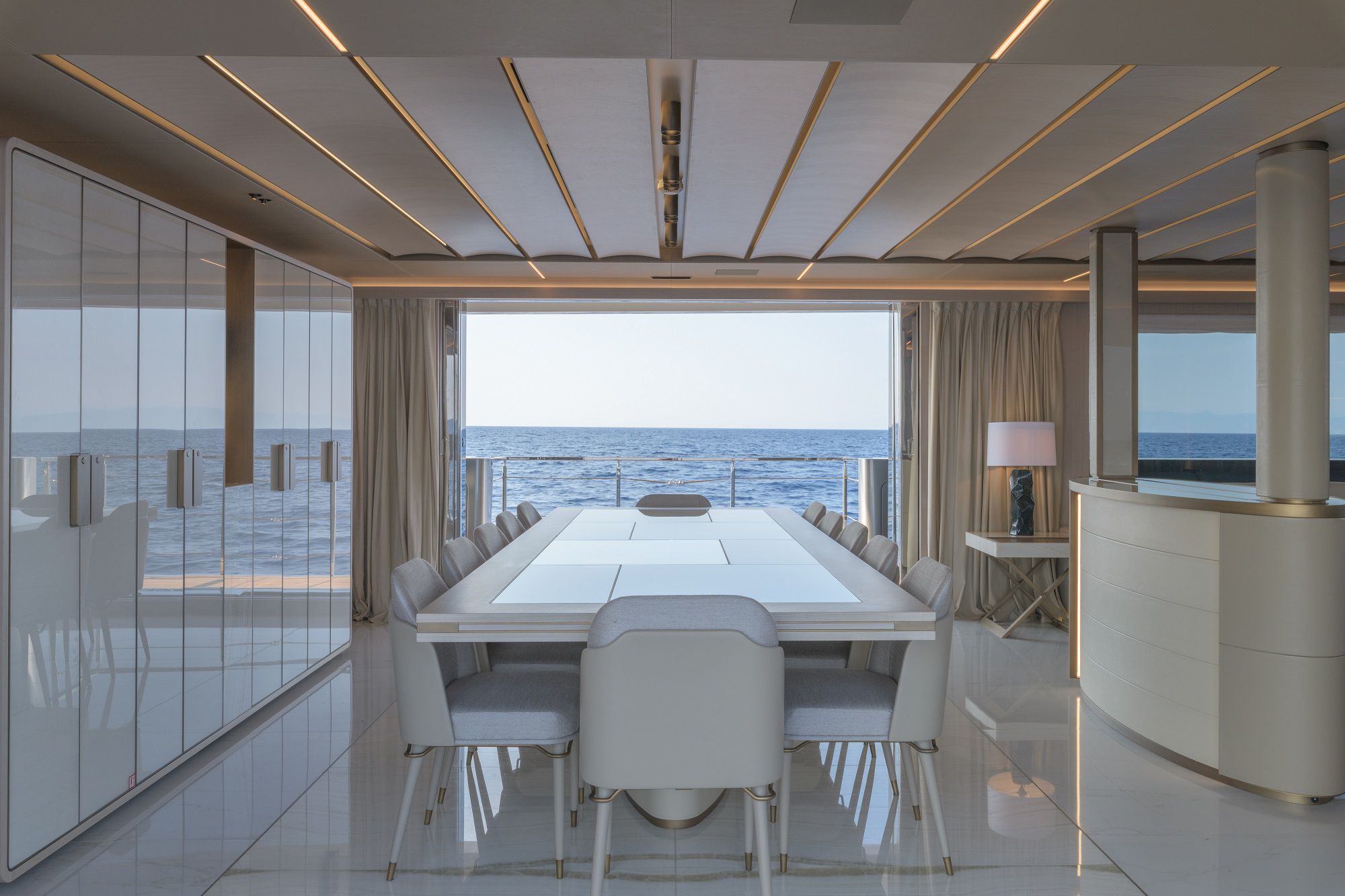 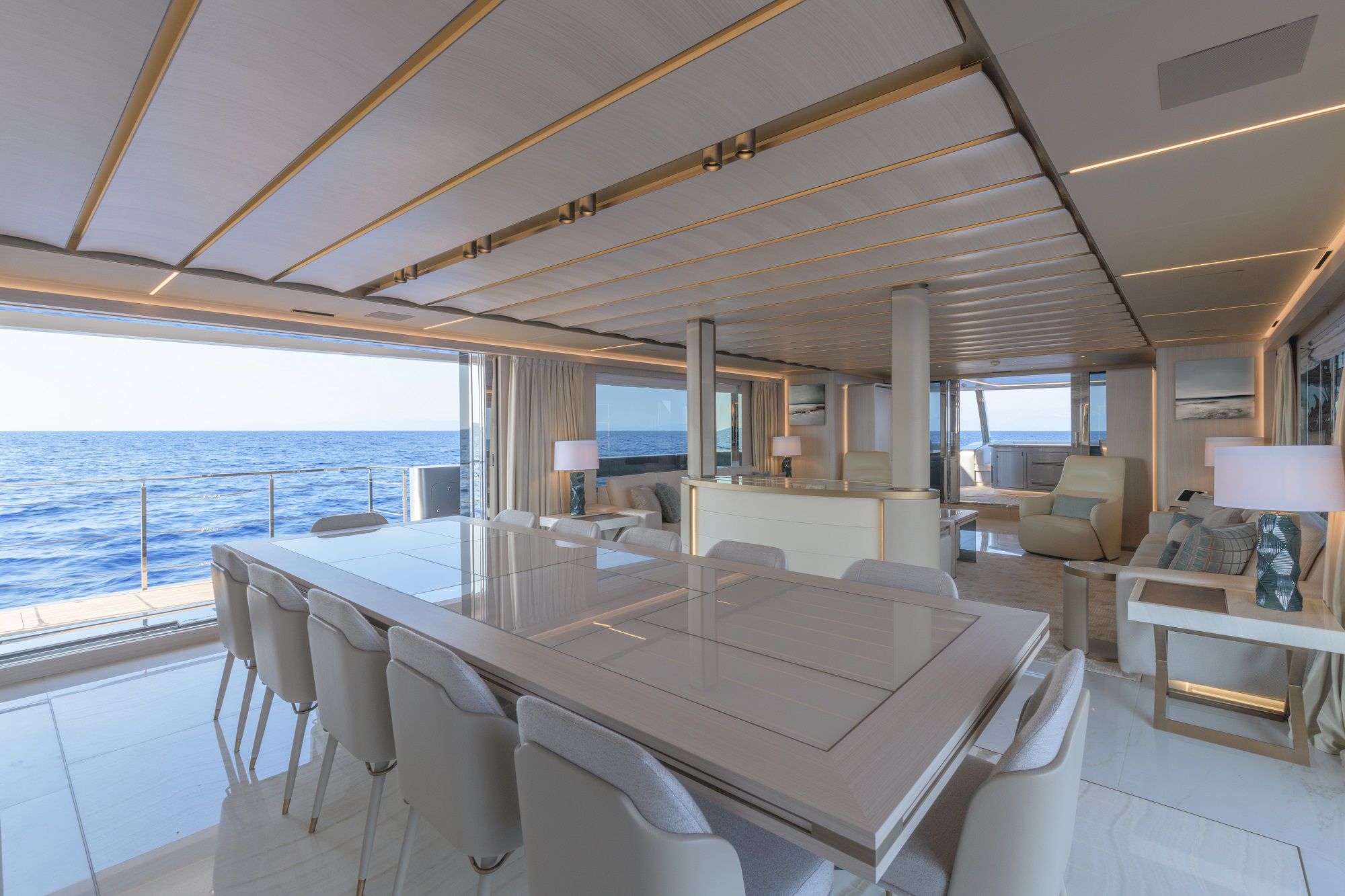 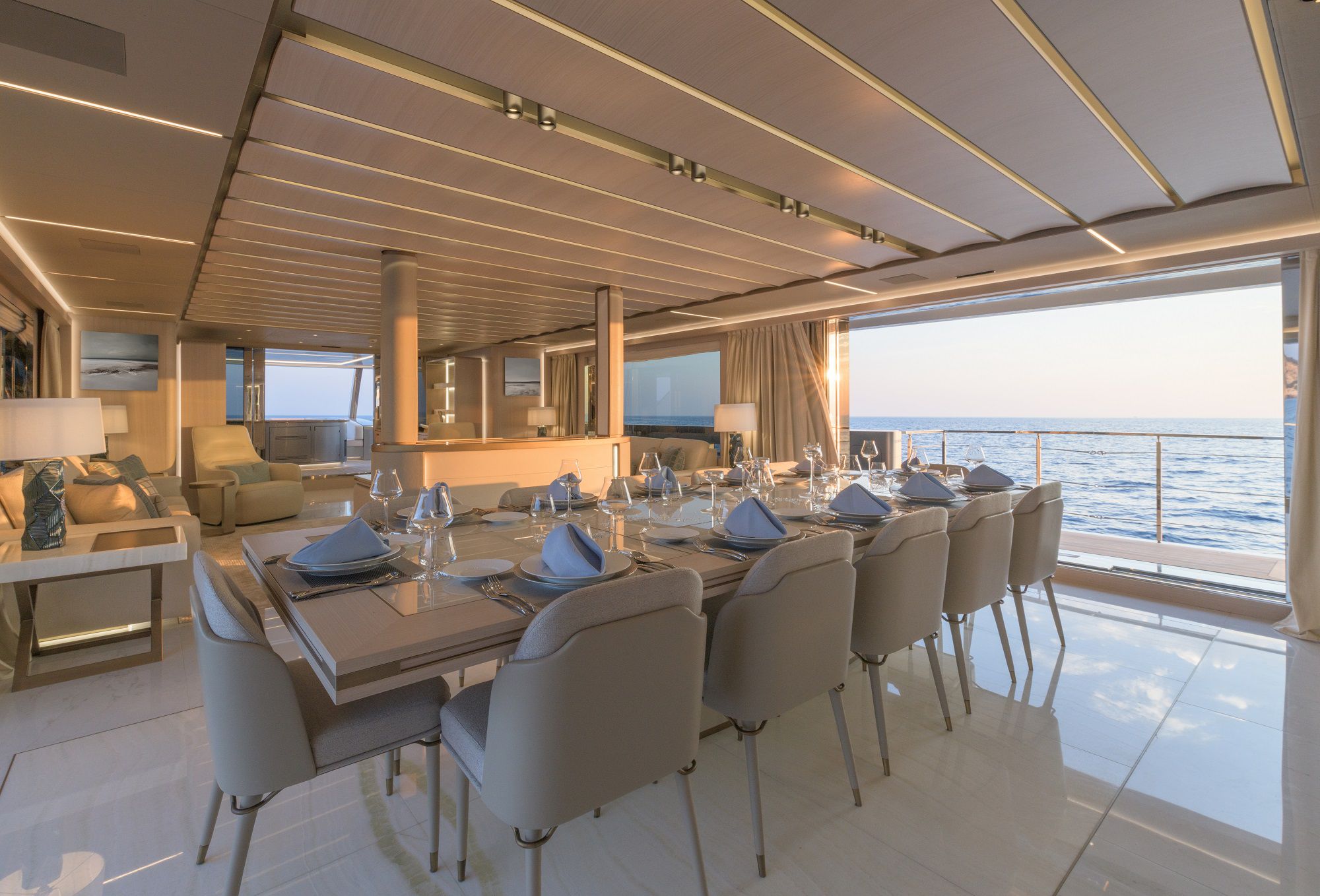 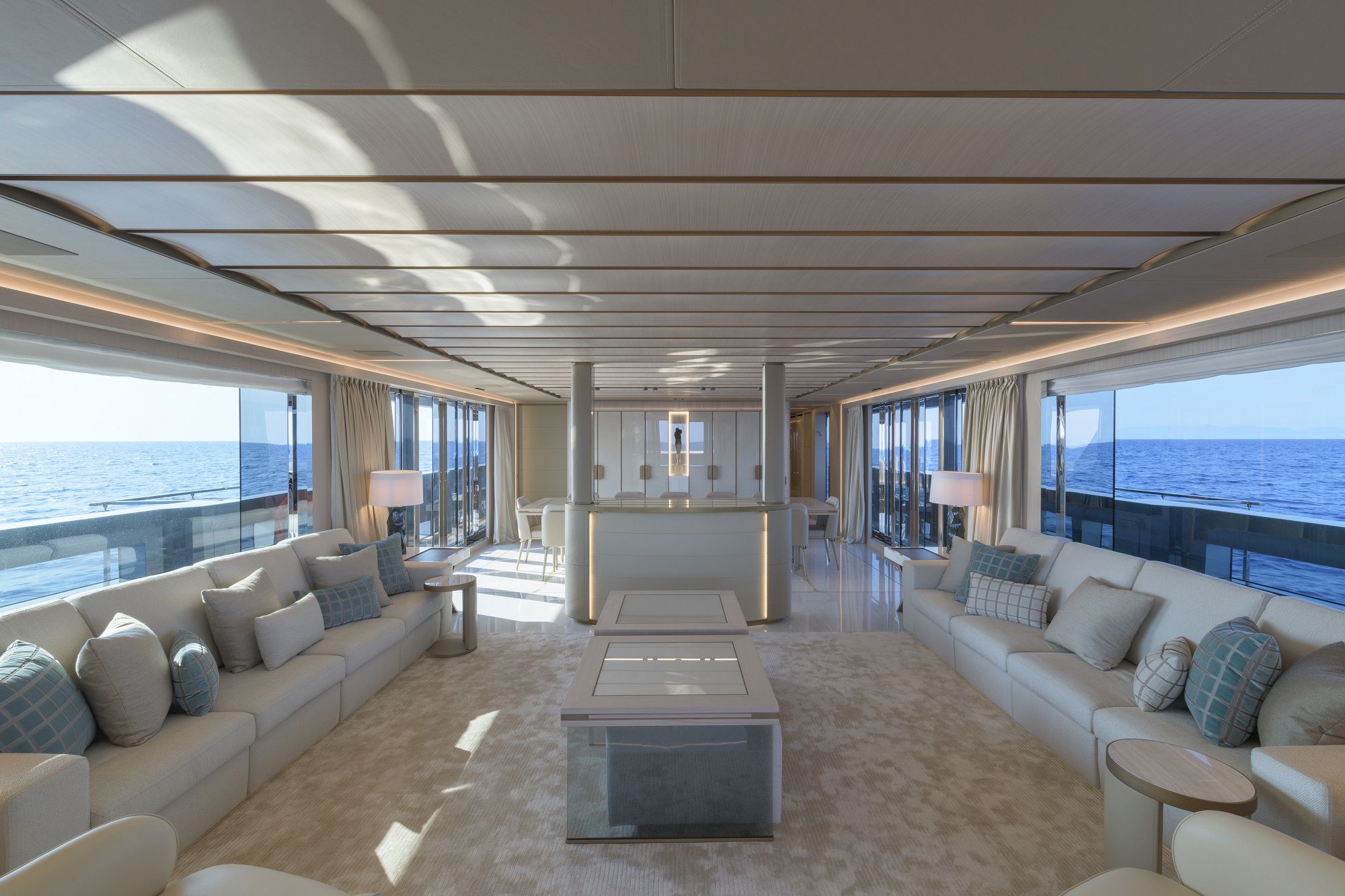 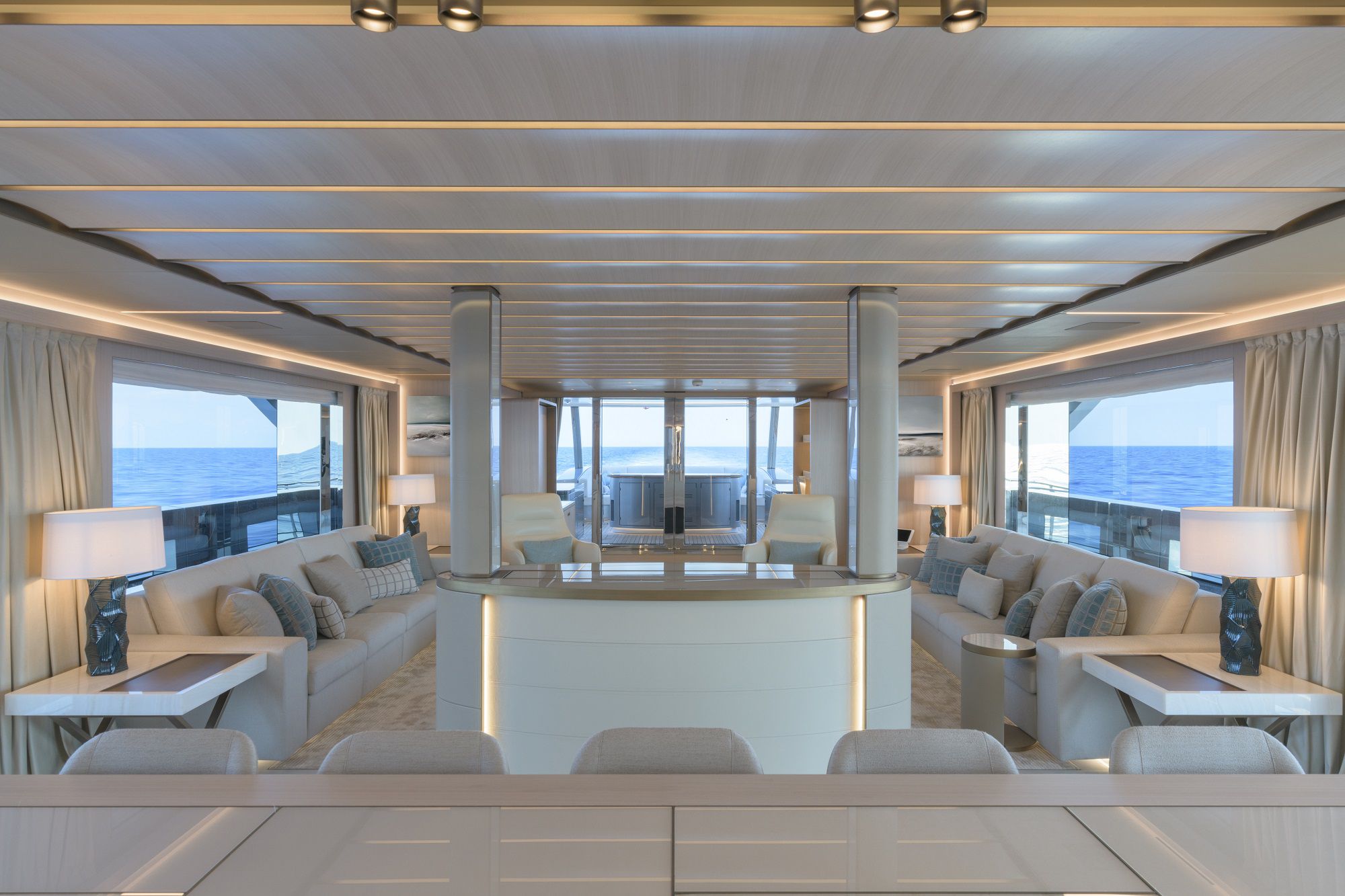 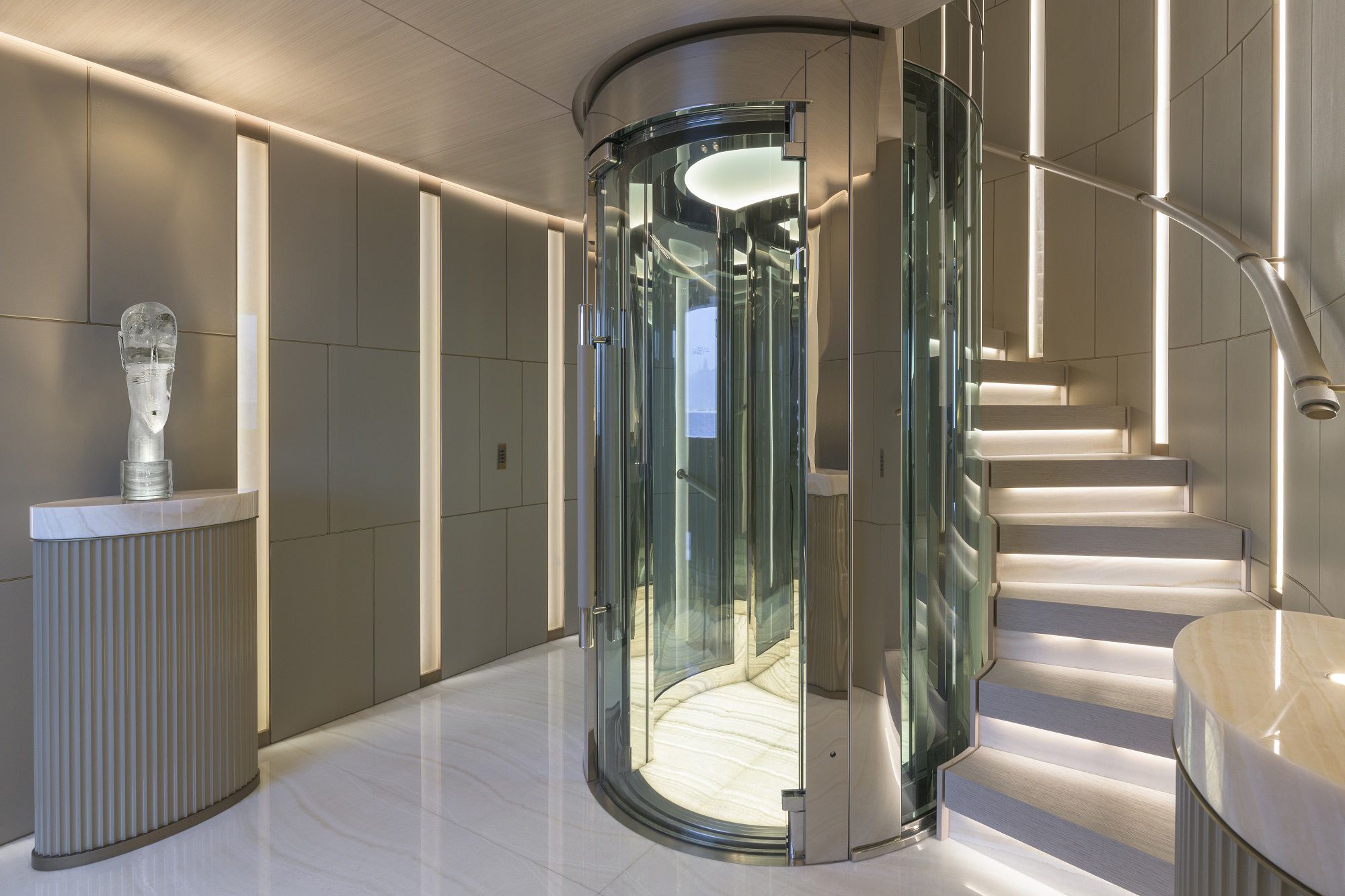 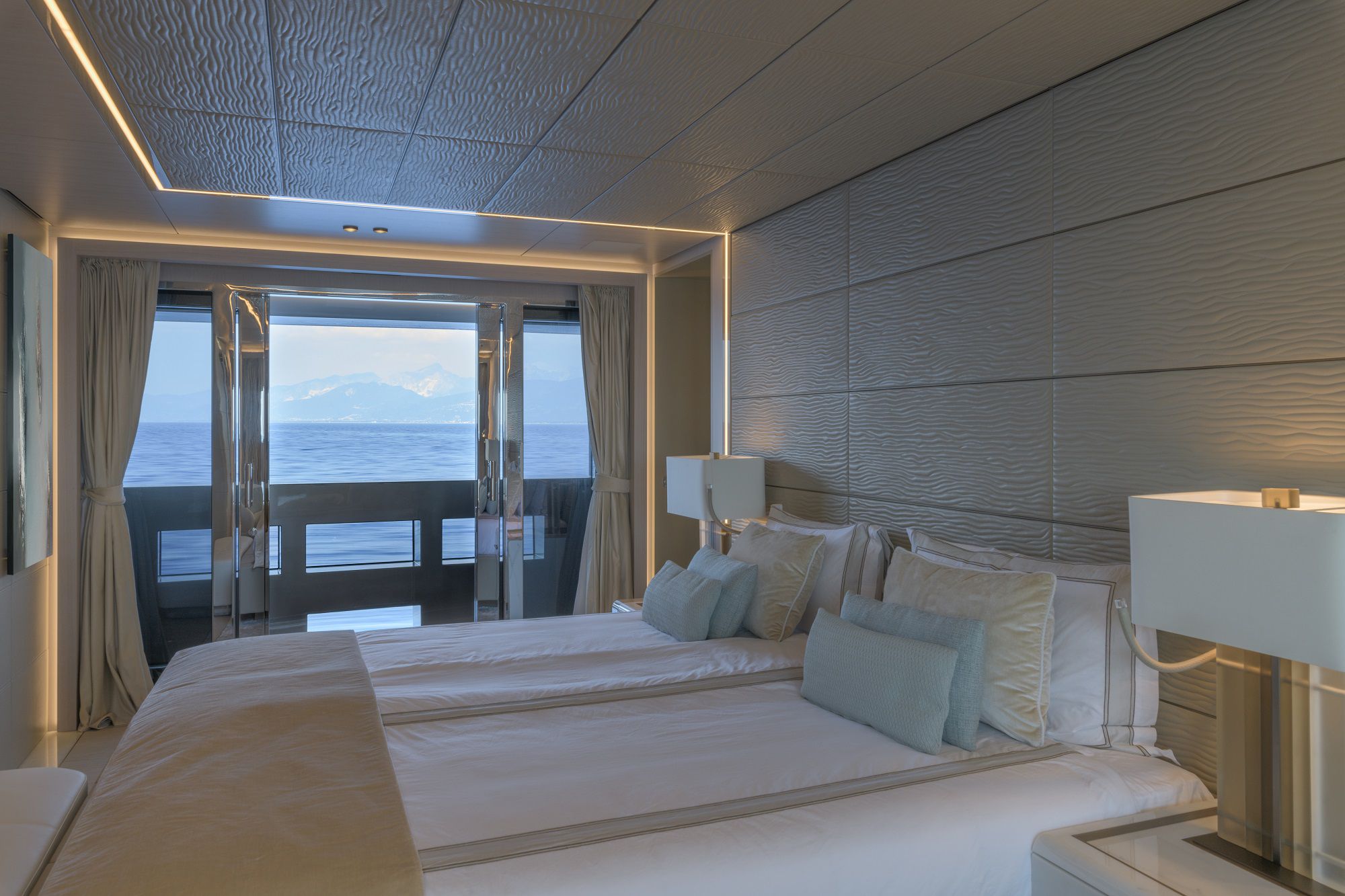 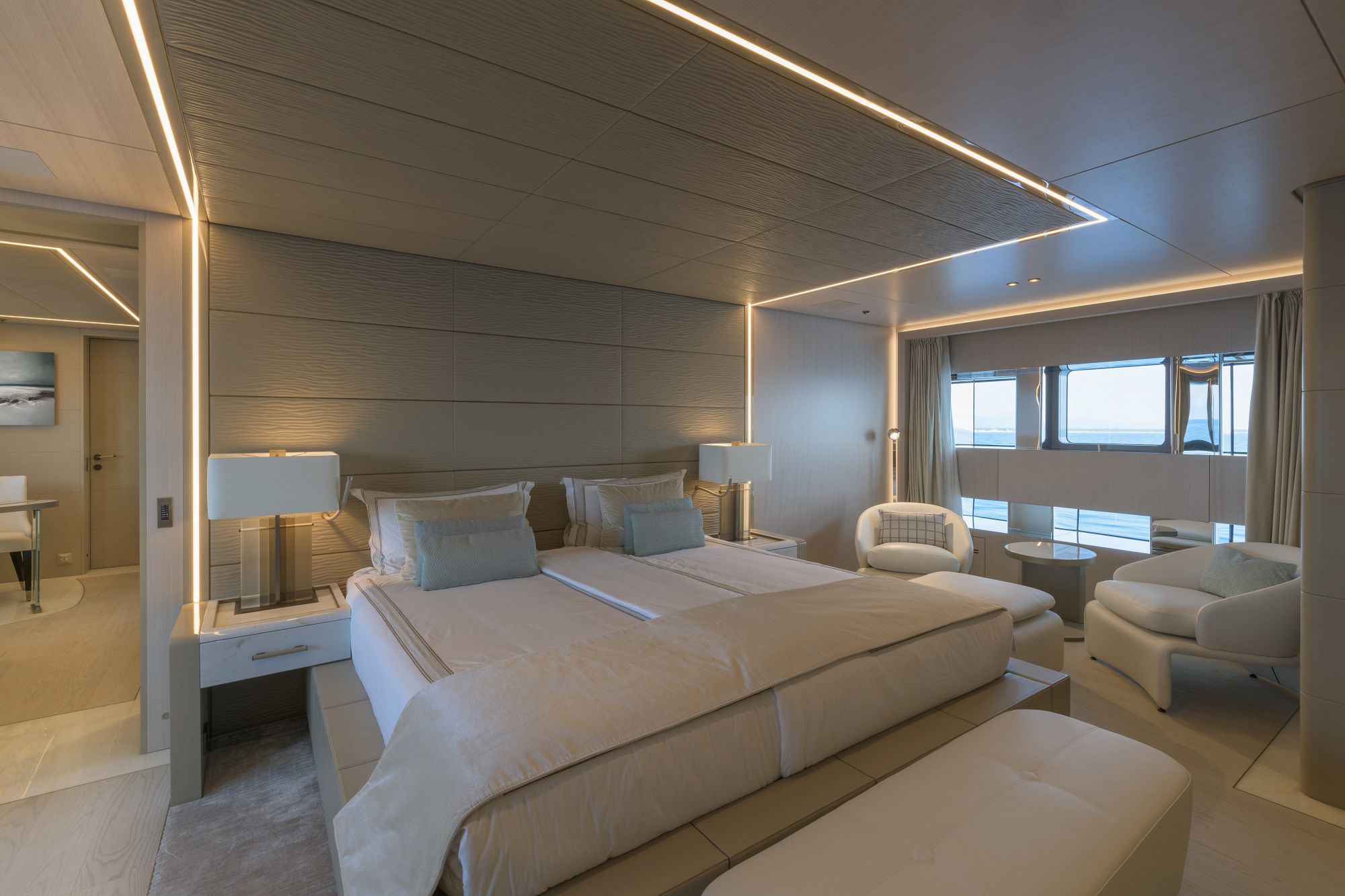 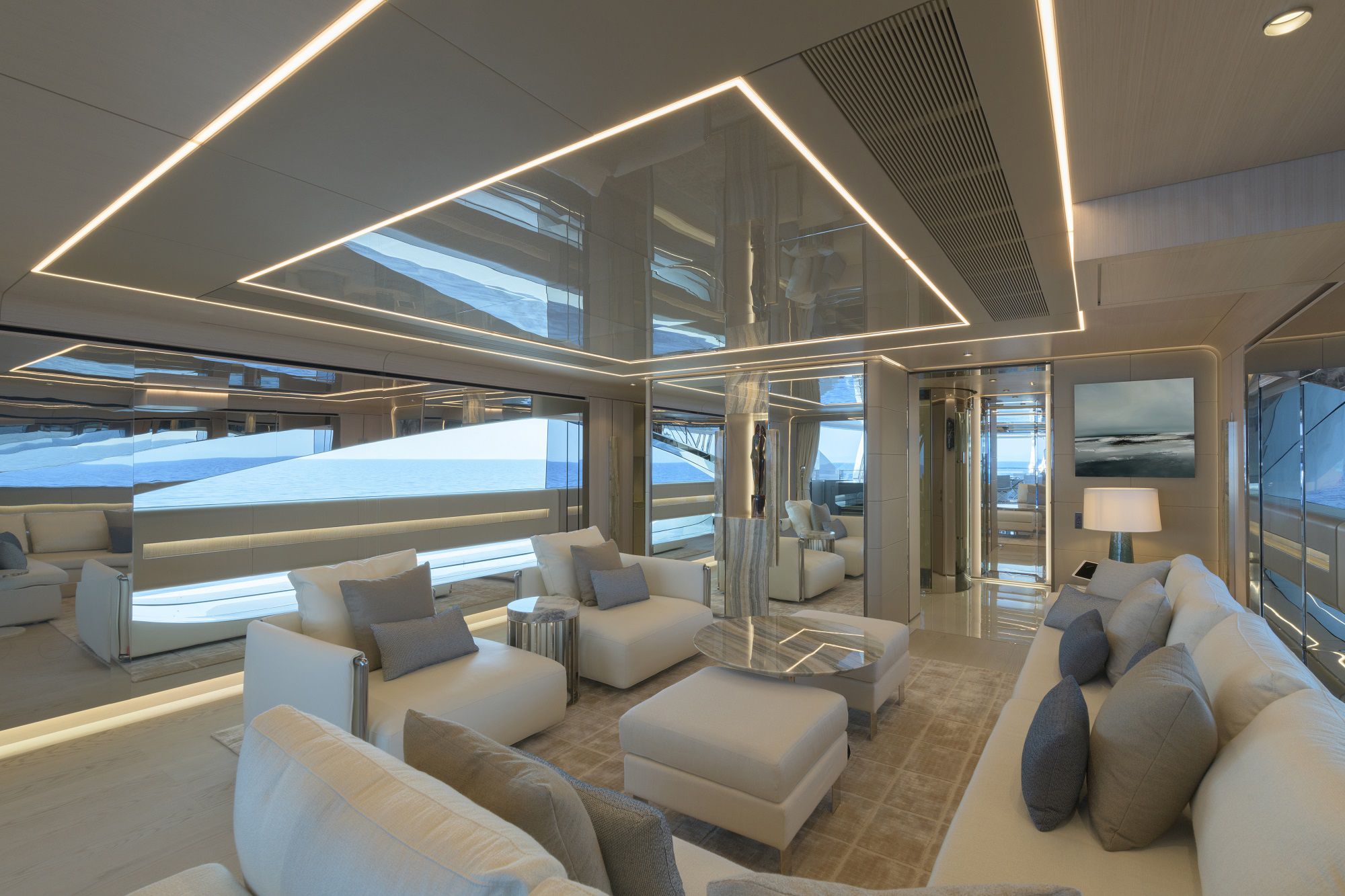 The client’s vision was to build a high quality, fully customised, 50-metre yacht with features found on a much larger superyacht.

EIV has neat lines and balanced proportions designed to “form a connection to natural elements.”

Inspired by elements of the automotive industry such as the air vent grills of a sport coupé, EIV boasts a well- proportioned and slender silhouette emphasised by continuous glass surfaces.

Despite its sleek volume, EIV embodies a spacious interior layout that can accommodate up to eight people in four generous double cabins, situated on the lower deck and each one with en-suite facilities.

The full beam master suite is located at the front of the main deck and includes an intimate private terrace on the starboard side.

EIV’s design ensures an ongoing dialogue between The link between exterior and interior is via its floor-to-ceiling glass windows along the main deck. Portions of the glass slide open for a flood of natural light and for better enjoying the surroundings.

The interior design is a thoughtful mix of contemporary and modern: bright and natural nuances of wood and fabrics cleverly combined with prestigious coating materials, such as onyx and leathers, and sophisticated details in bronzed brass metal. Custom carpentry details by Enrico Gobbi are combined with contemporary European furniture, decorative lighting art pieces and exclusive Italian-made fabrics.