Victor Vescovo and Dr Osvaldo Ulloa have completed the first ever crewed decent of the Atacama Trench, Chile.

Explorer Victor Vescovo, Founder of Caladan Oceanic, and Dr Osvaldo Ulloa, Director of the Instituto Milenio de Oceanografia (IMO) have completed the first ever crewed dive to the deepest point of the Atacama Trench (Peru and Chile), the deepest trench in the South-Eastern Pacific.

The maximum depth recorded at the Atacama Trench’s lowest point was 8,069 metres, +/-8 metres. This was the first dive in the Chilean leg of the Ring of Fire Part 2 (2022) expedition, a fully permitted science expedition supported by Dr Ulloa and the IMO to undertake extensive bathymetric mapping of the seafloor in the exploration area and collect samples at various depths of the trench.

The expedition was again supported by expedition leaders EYOS Expeditions along with technical partners Triton Submarines and Greenroom Robotics. Vescovo also completed a further dive on January 23 with Dr Ruben Escribano of Chile along the eastern slope of the Richards Deep, the second-deepest location in the Atacama Trench (at 7,727 metres).

The new deepest point identified by Vescovo and Ulloa is now an unnamed deep in the Atacama Trench, 77 nautical miles north from the Richards Deep. 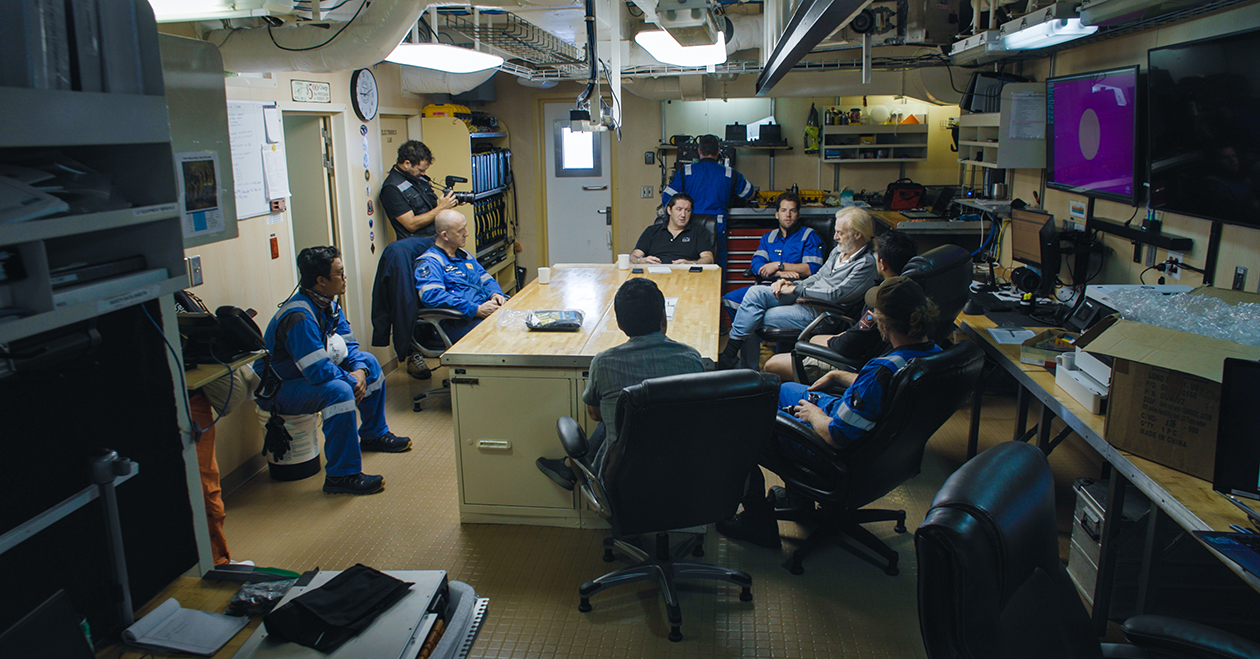 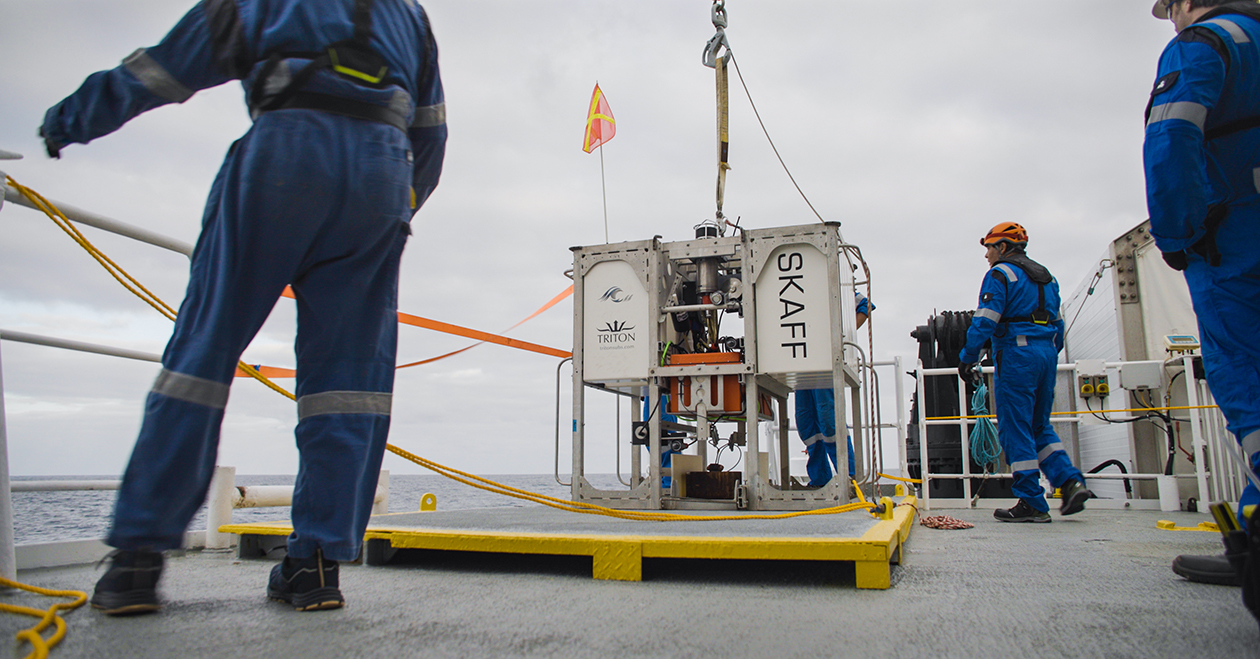 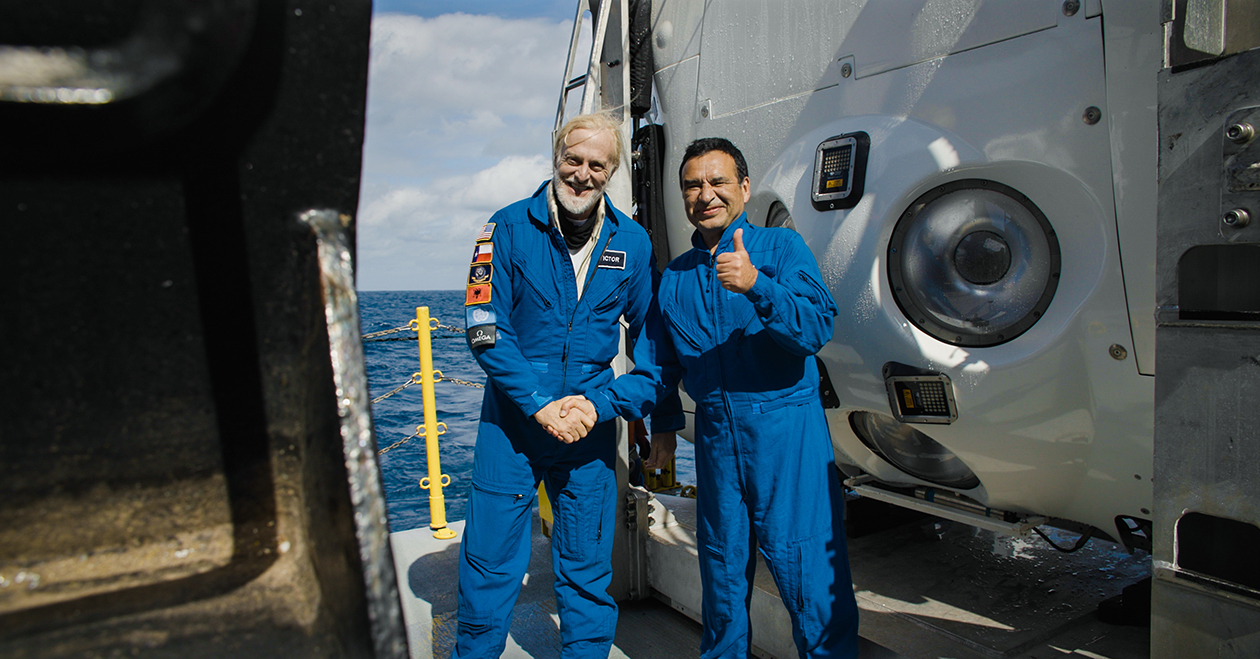 This will be followed by dives to other points of high scientific interest in the region, including an attempt to make the first crewed descent of the Mid-American Trench off the western coast of Mexico.

Both trenches follow the deep-ocean fault lines located off the western coast of Latin America and no human has ever visited the deepest points of these two trenches.

Victor Vescovo, Founder of Caladan Oceanic said “It was a great privilege to pilot the first human descent to the bottom of the Atacama Trench with Dr Ulloa.

“Being able to glide along the seafloor for three hours, personally investigating interesting points with someone who has studied the area for much of their career, was just fantastic.”

He continued, “Together we witnessed some amazing evidence of what appears to be more examples of chemosynthesis in the world’s deep ocean trenches.

“Here, we saw long bacterial tendrils coming off of rock faces that never see any sunlight and obtain their energy from the minerals and gases seeping from the rocks, surrounded by a freezing seawater environment. Just extraordinary.”

Dr Osvaldo Ulloa, IMO’s Director, and Professor at University of Concepcion added “This has been a great day for Chilean science.

“Thanks to Victor Vescovo and Caladan Oceanic we were able to directly bear witness to the amazing geological and biological richness of the Atacama Trench. Doing exploration at Victor’s side has been a tremendous privilege and rewarding experience, and we are very thankful to him, as well as the entire team of the submersible Limiting Factor and its support vessel Pressure Drop.” 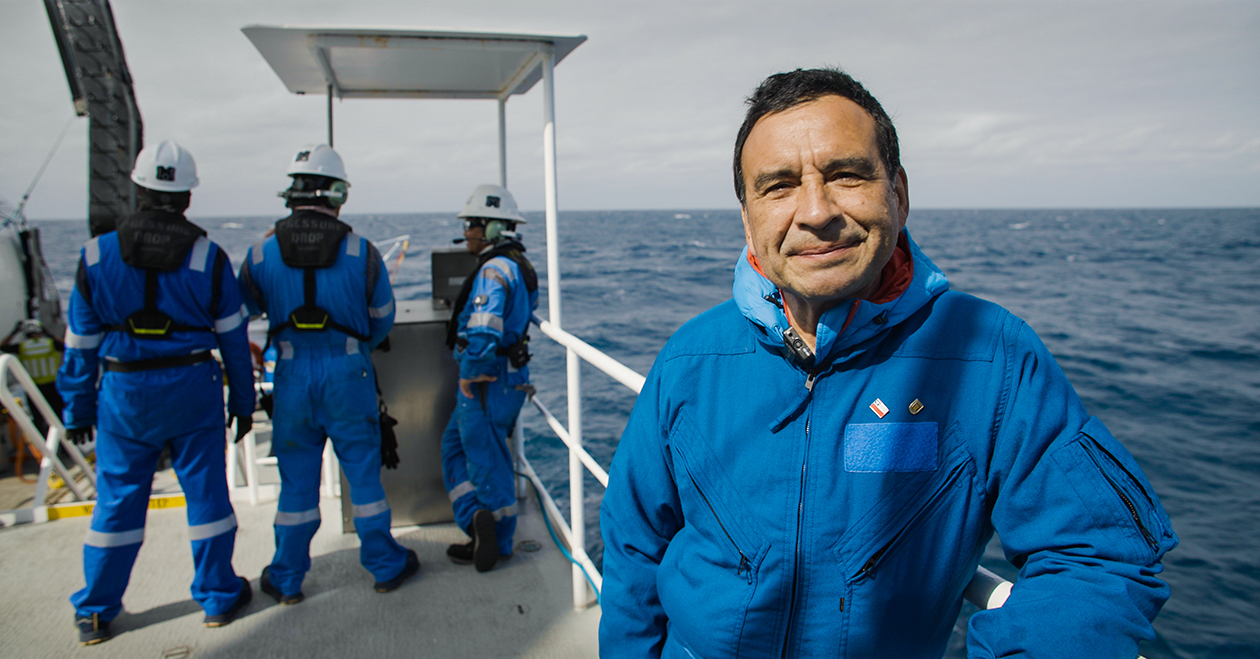 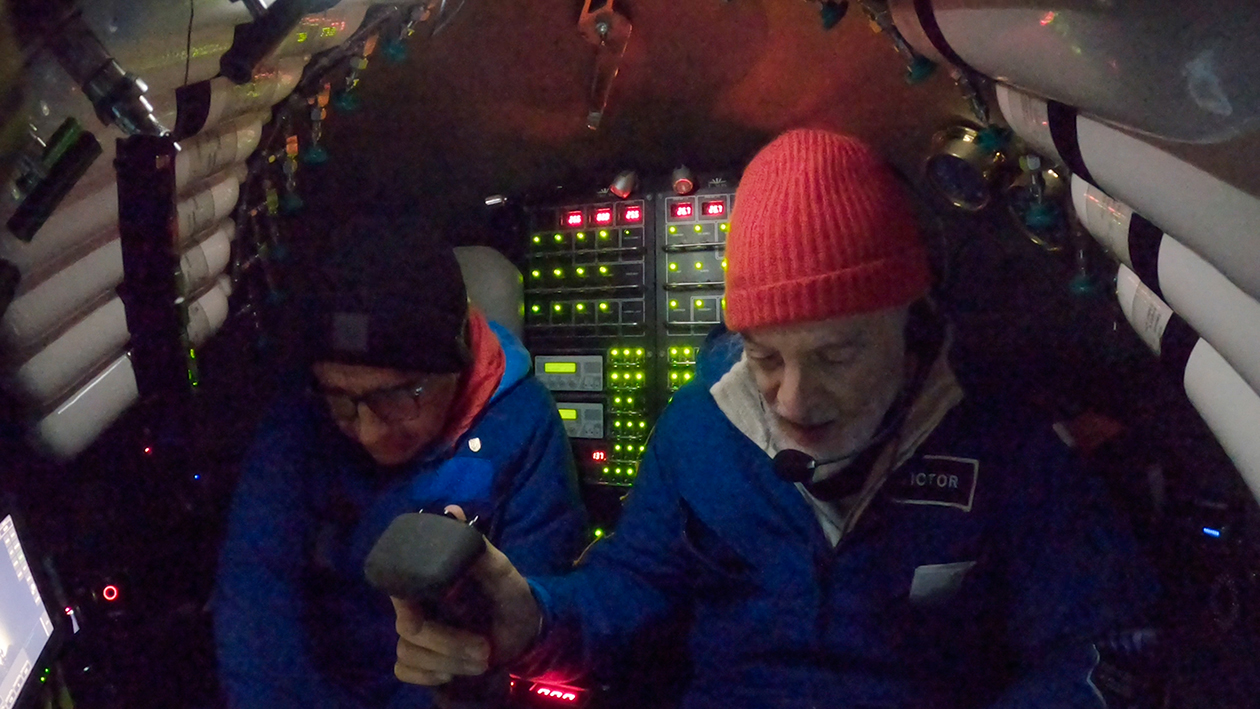 The main objective of this expedition for the IMO is to map the seabed of the Atacama Trench to determine the optimal places to install the sensors for the Institute’s future IDOOS project (Integrated Deep Ocean Observing System for geoscience research).

IDOOS aims to establish the first observation system anchored in the deep ocean along Chile’s long coast, including the Atacama Trench, in order to study both the structure and temporal variability of the physical geochemical and biological conditions present in the area — such as the deformation of the seabed over time.

This interdisciplinary work – which combines Geophysics with Oceanography – will make it possible to detect, quantify, and understand different processes that take place in these abyssal depths.

Additionally, it will provide a future scientific basis that can be used both as a cornerstone for the establishment of a possible National Observation System for Climate Change – essential for the protection of the marine ecosystem.

It would allow Chile to implement an eventual early warning system for earthquakes and tsunamis and allow for the study of their origin. 2022 dive plans: It will be an exciting year ahead for Victor Vescovo and the team at Caladan Oceanic.

In the coming months there will be further expeditions including warship search expeditions to the Midway and Samar oceanic battlefields, first-ever human occupied dives to the bottom of the Yap and Palau trenches, and a further scientific dive to the deepest point of the ocean, Challenger Deep.

This will be followed by dives to the Manila, Ryukyu, Izu-Ogasawara, Japan and Kuril-Kamchatka trenches in cooperation with key scientists from JAMSTEC [Japan Agency for Marine Earth Science and Technology).

During the 2022 dives, Victor’s team will attempt to test and perfect the world’s first full ocean depth (or 11,000 metres)-capable sidescan sonar, capable of mapping swaths of the seafloor up to 1.5 kikometres wide even at the very bottom of the ocean. Current technology is usually limited to only 6,000 metres of depth.

During the expedition, 15,360-square-kilometres of the seafloor has been mapped, and the majority of information collected was from previously unmapped areas. The multibeam echosounder installed in the Pressure Drop allows data to be collected from the seabed with four times greater resolution than other deep-water multibeam systems.

The lander deployments on the approved scientific dive expeditions will continue to collect samples for analysis by the respective science teams to help further our knowledge of life in the deep ocean.

Separately, the ship and team will continue to map tens of thousands of square kilometres per month to support the GEBCO 2030 initiative to map the entire seafloor by the year 2030.