A new marine refit facility expected to create a boom in marine jobs and deliver significant marine and tourism spending has been confirmed for Wynyard Quarter.

The development has been advanced after the signing today of a Development Agreement between the city’s redevelopment agency Panuku Development Auckland and leading marine services company Orams.

The new facility will feature a marine haul out and refit facility, commercial buildings and a residential tower on the northern end. It will target marine vessels up to 800 tonnes, which accounts for 85% of the world marine market.

Auckland Mayor Phil Goff says, “The new marine facility in the Wynyard Quarter is expected to generate more than 500 jobs including as many as 200 apprenticeships.

“A piece of currently poorly utilised land will become the heart of a thriving marine enterprises precinct, which carries on the historic presence of boat building in this area. 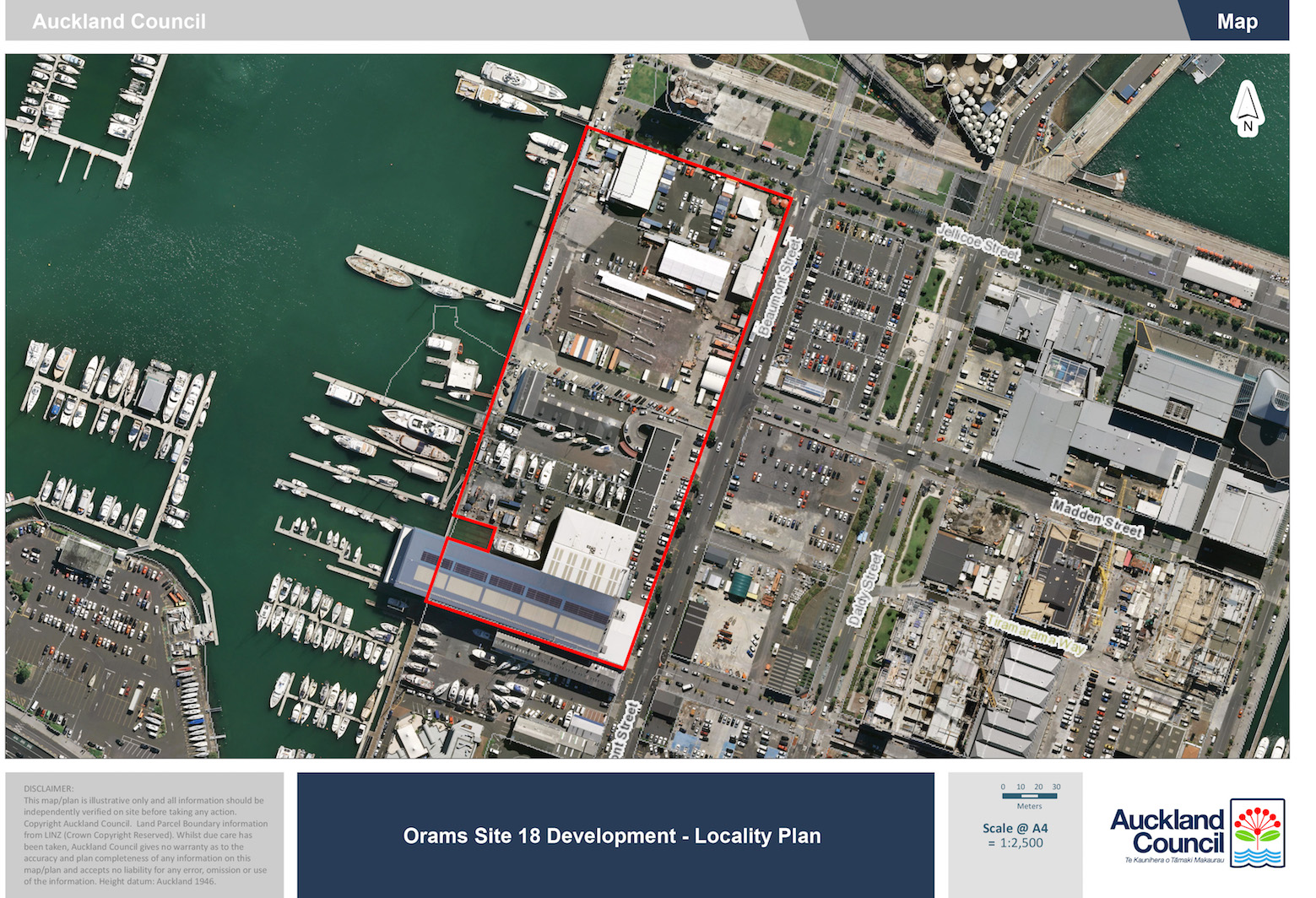 “Built in time for the America’s Cup 36 races, the precinct will benefit hugely from the refit work which will be generated during the challenge from visiting superyachts and vessels. There can be no better time to launch this facility.”

The facility will be developed on the corner of Beaumont and Jellicoe streets on a site that adjoins Orams Marine Village and is known as Site 18.

It will provide increased maintenance facilities for Auckland’s ferries, fishing vessels and commercial vessels. The majority of existing marine business on the site will be accommodated within the new development.

The development agreement is conditional on the approval of the New Zealand Overseas Investment Office, which is expected to be known late February 2019.

Orams Marine CEO Neven Barbour says their proposal is for an exemplar development, being a unique mix of marine and residential uses.

“This proposal is the result of numerous studies focused on adding sustainable value to the marine industry and Auckland’s economy.”

Orams Marine Services Managing Director Craig Park says the marine sector is an important economic contributor to New Zealand and Auckland, and the city has a strong reputation for quality marine work.

“The marine refit facility will create more than 500 jobs and generate significant income for the marine and tourism industries,” says Park.

“The establishment of the Orams Site 18 facility will ensure the opportunity for wider industry and economic benefits will not be lost to offshore competitors.”

Park says Site 18 is considered to be the only marine-zoned site, of significant scale, within the Auckland area able to deliver a facility of this nature, and as such both parties are keen to see this development progress.

As part of the development the existing seawall will be replaced and contamination remediation works undertaken.