CRN has released information on its latest concept motor yacht, an 86-metre explorer yacht from the London-based design studio of Harrison Eidsgaard.

In a statement released at the same time as the designs were revealed, CRN – a part of the Italian Ferretti Group – commented that the new concept marries both the distinctive elements of the builder’s DNA while “epitomising the cutting-edge style” of the designer.

“Versatility, functionality, and elegance are the core features of our shipyard’s timeless yachts. Our close cooperation with leading international designers like Harrison Eidsgaard allows us to propose explorer yachts that have always been part of our DNA. Indeed, as early as in the 80s, CRN was a pioneer in the design and construction of an explorer yacht, the first one in international pleasure boating: the F100, designed by Gerhard Gilgenast in 1982. With Harrison Eisdgaard, we now want to go back to those values that have led us to be what we are today. We are really excited about this new cooperation, which has resulted in a very original concept”, commented Stefano De Vivo, CRN’s Chief Commercial Officer. 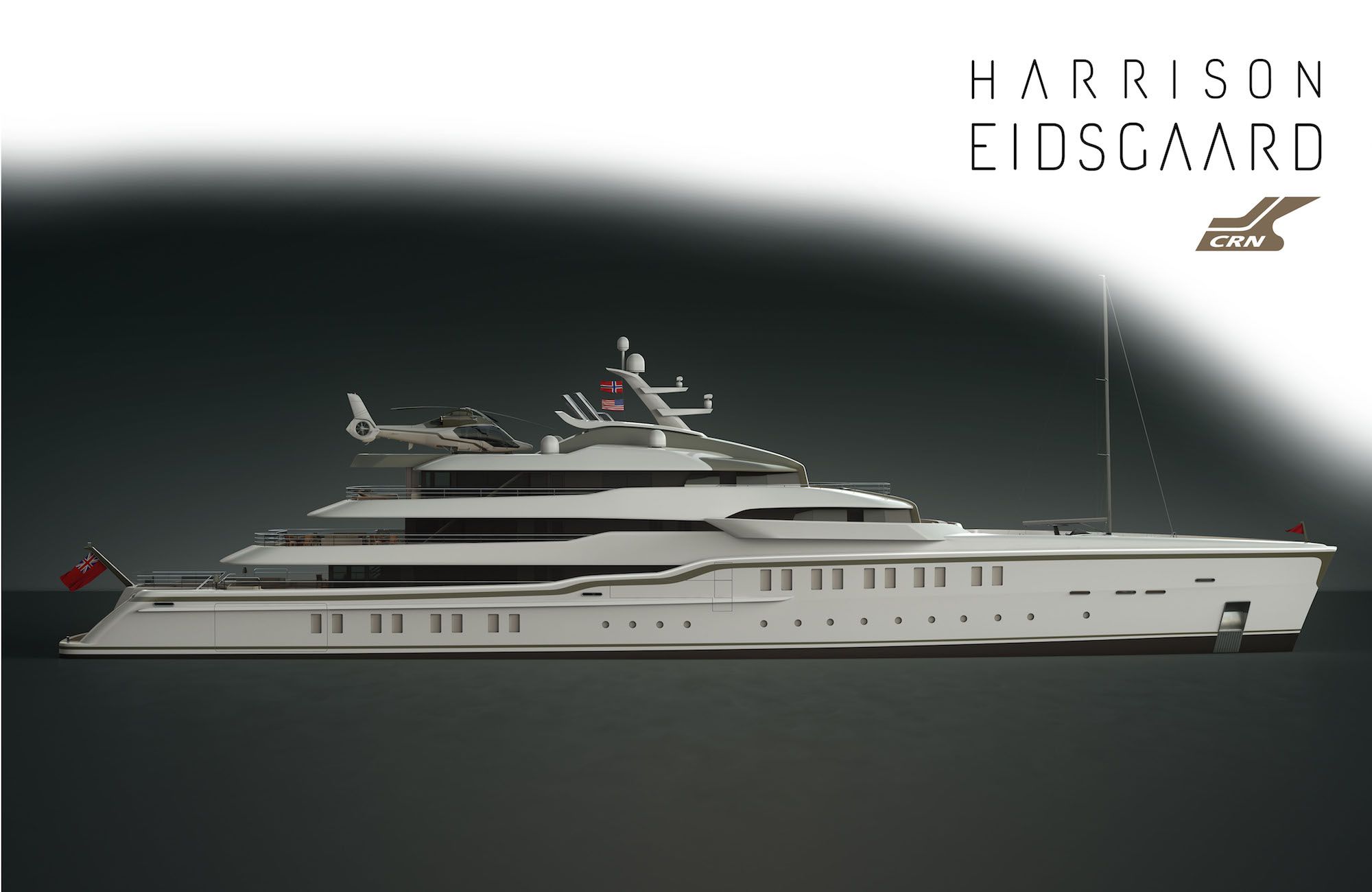 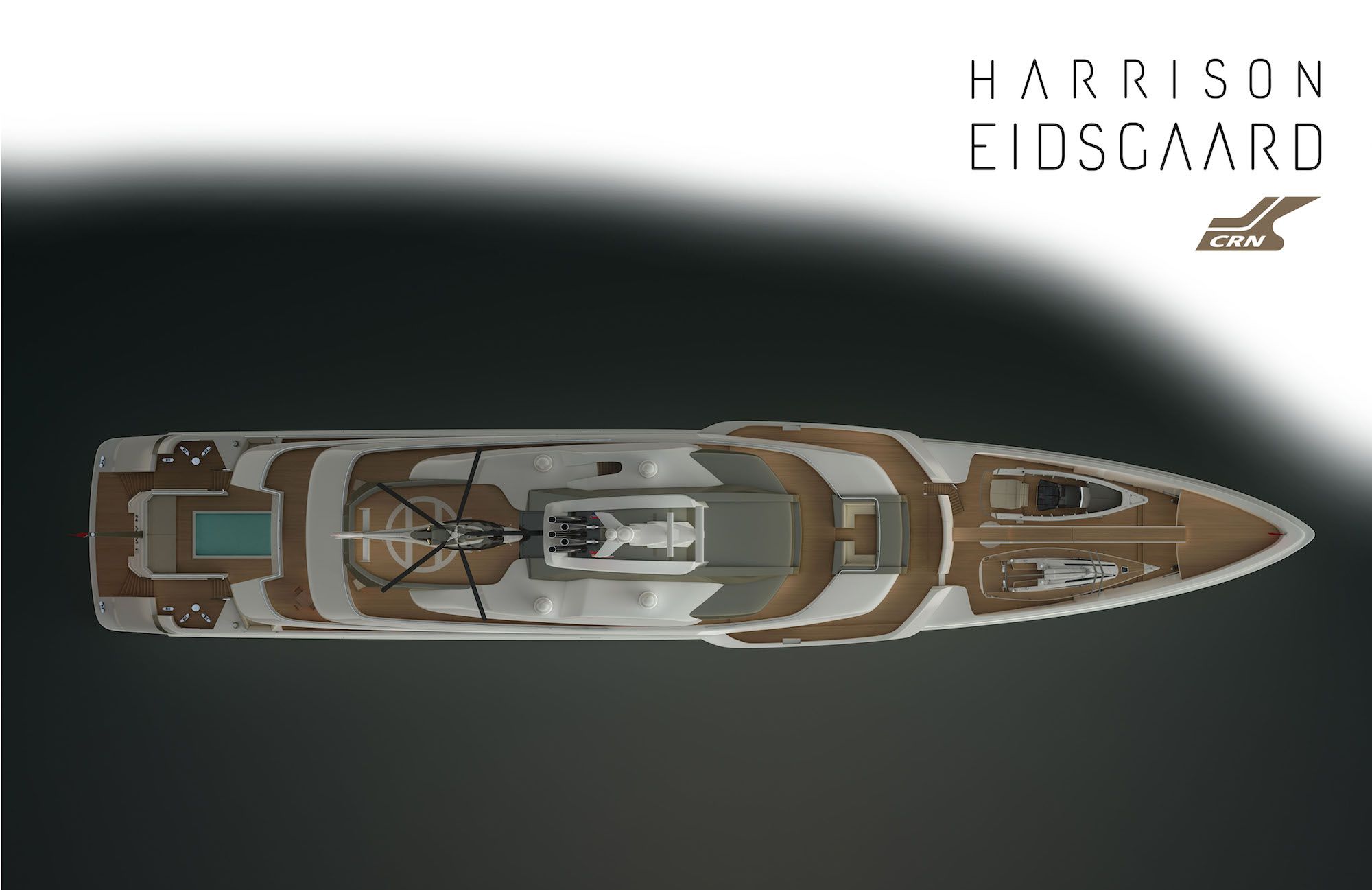 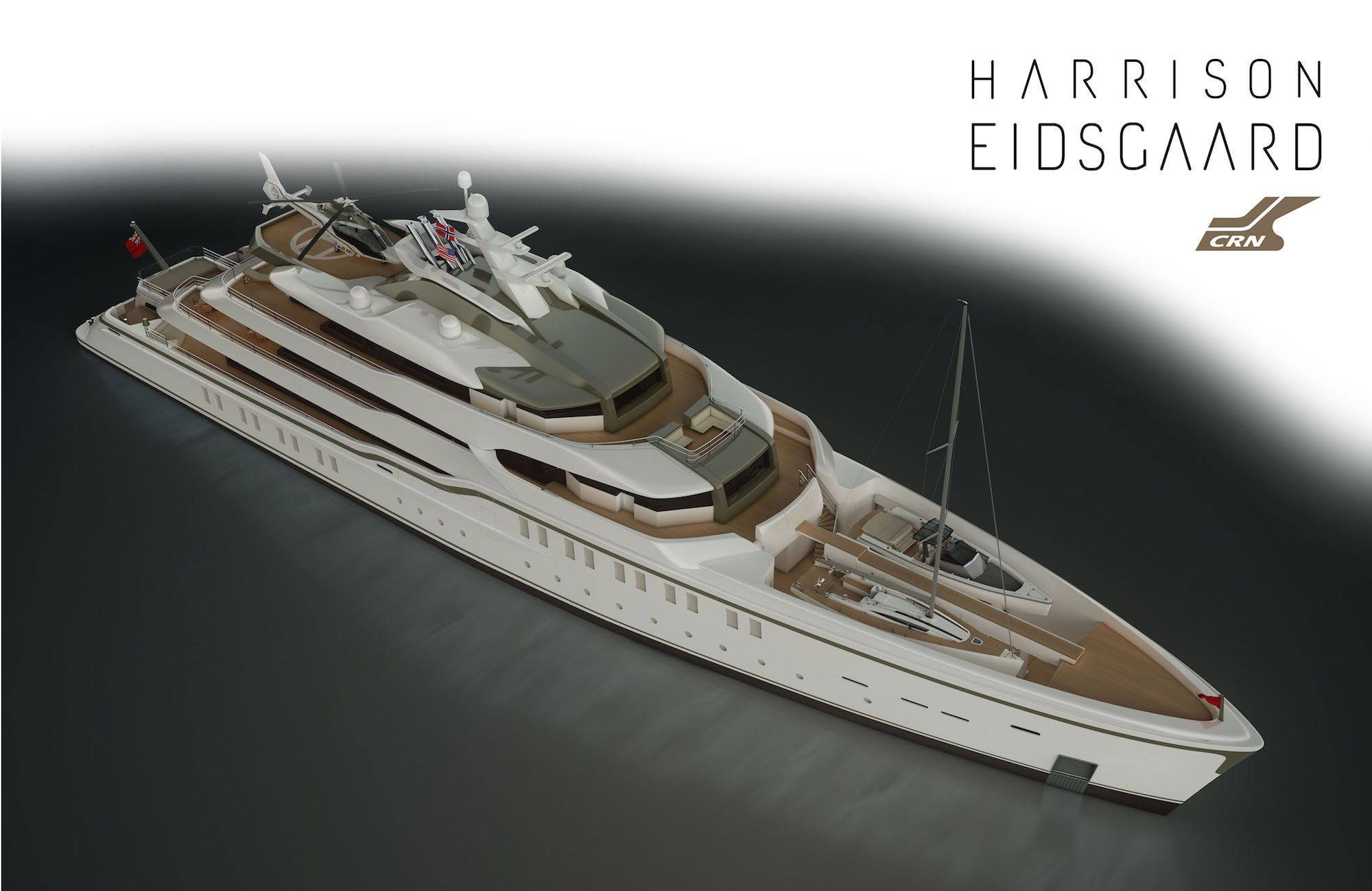 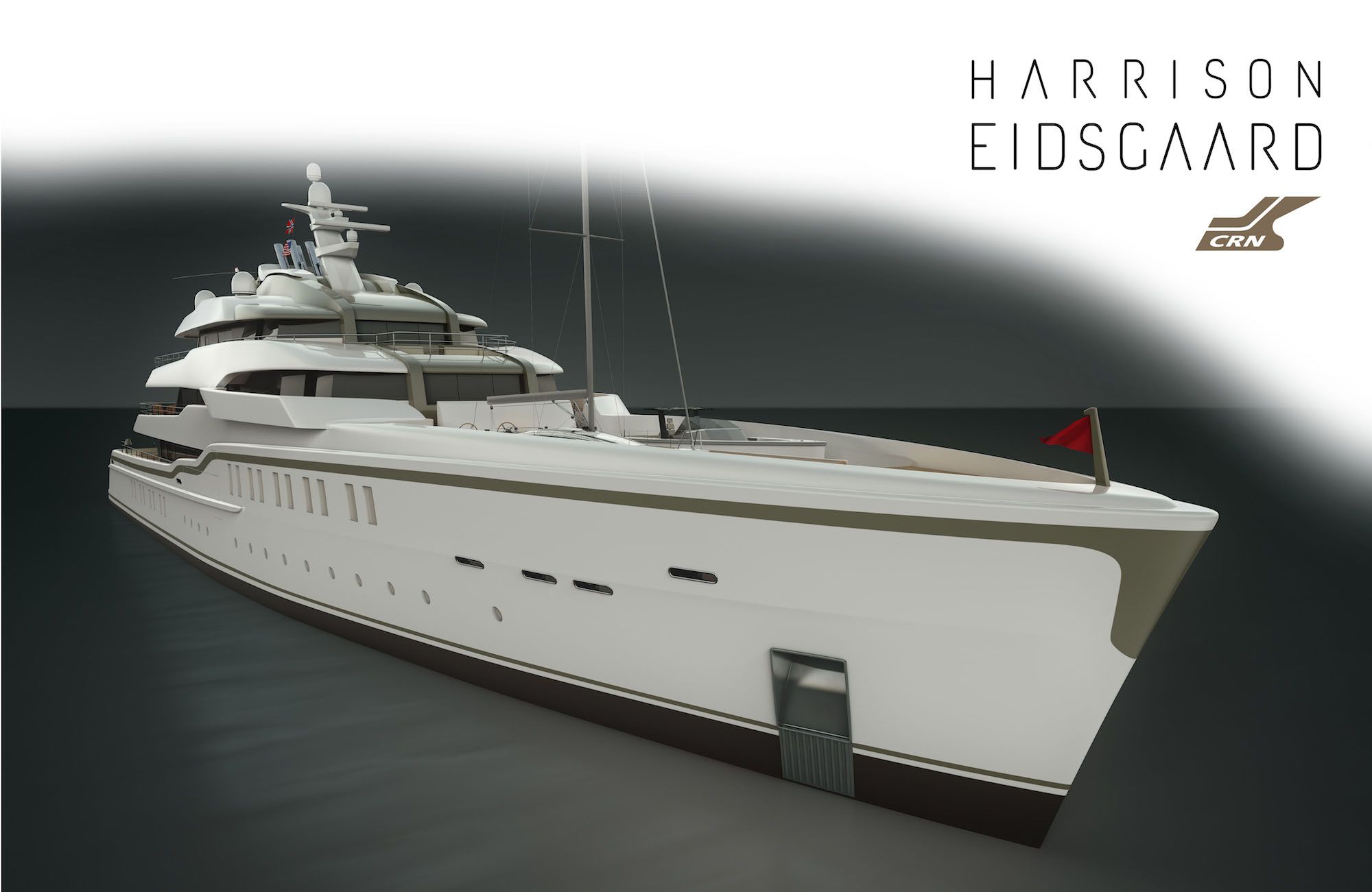 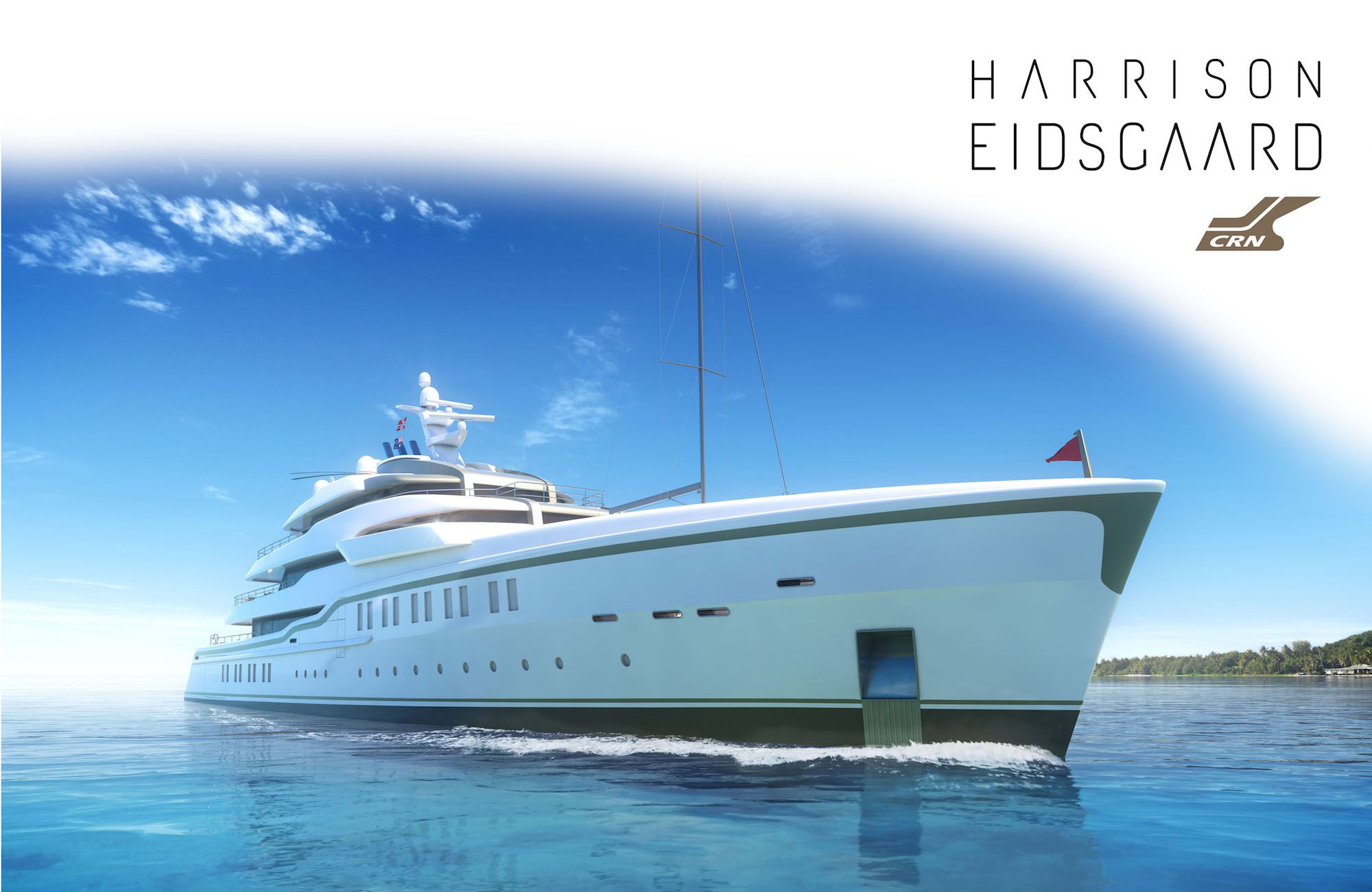 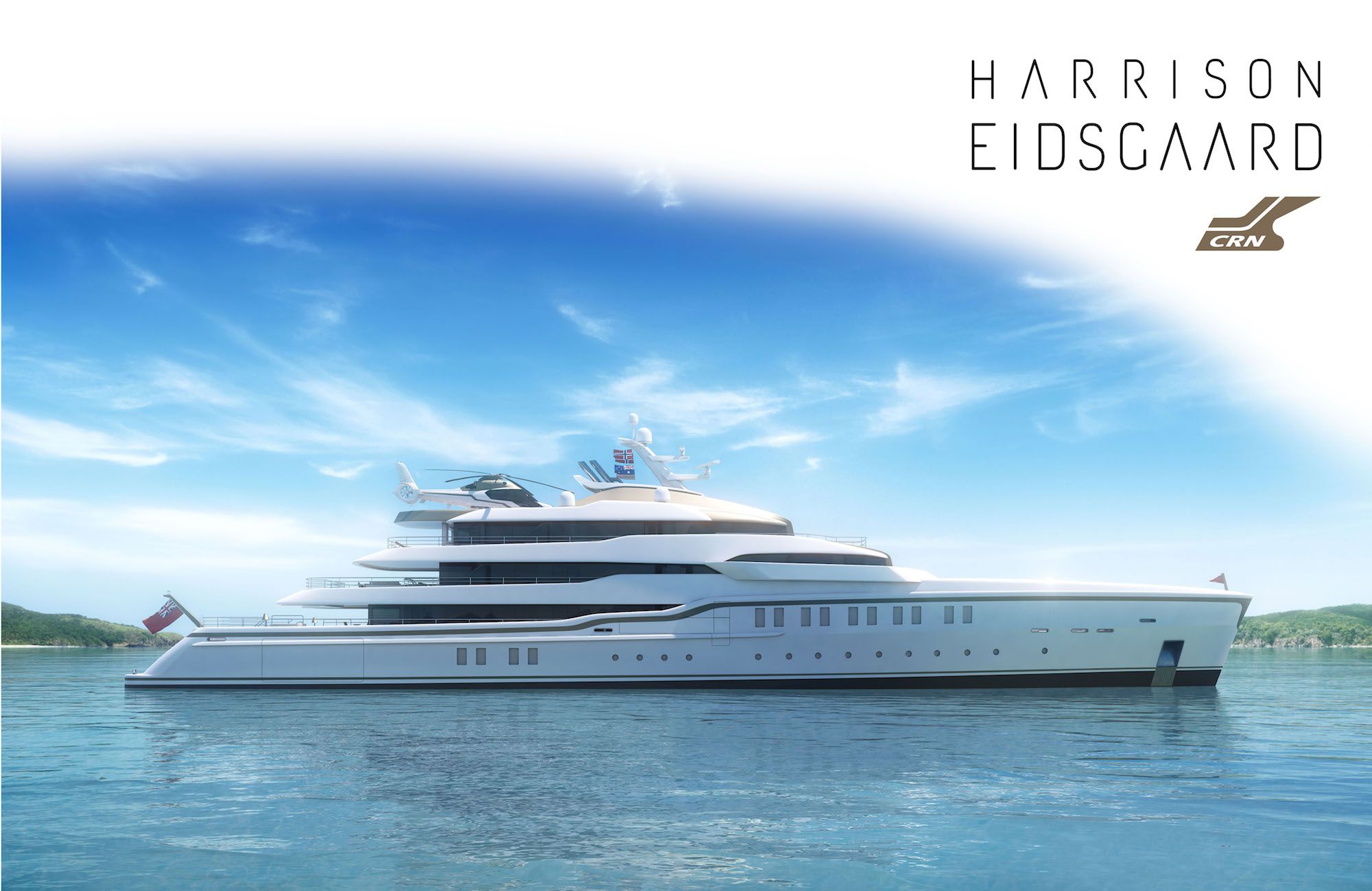 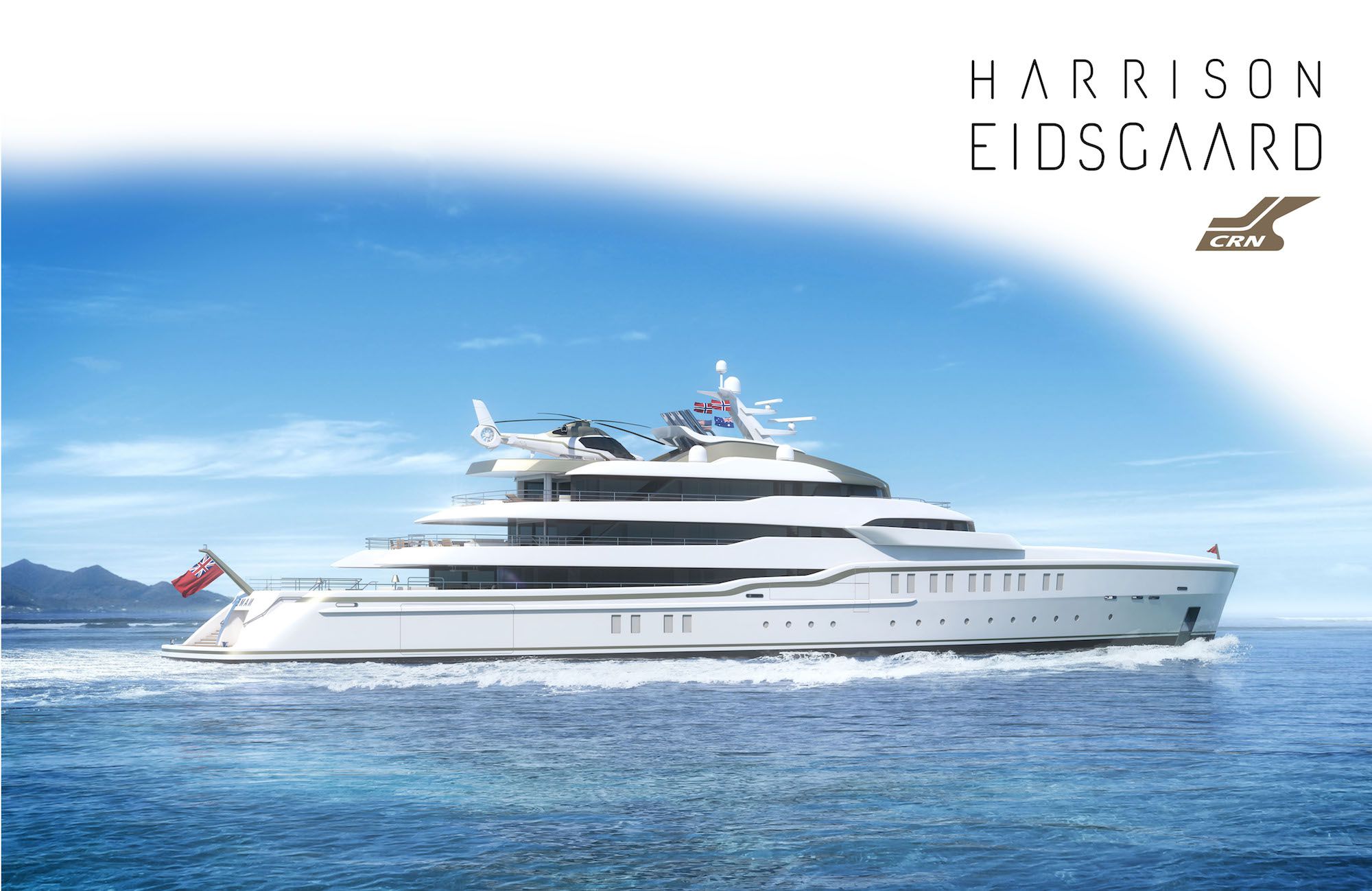 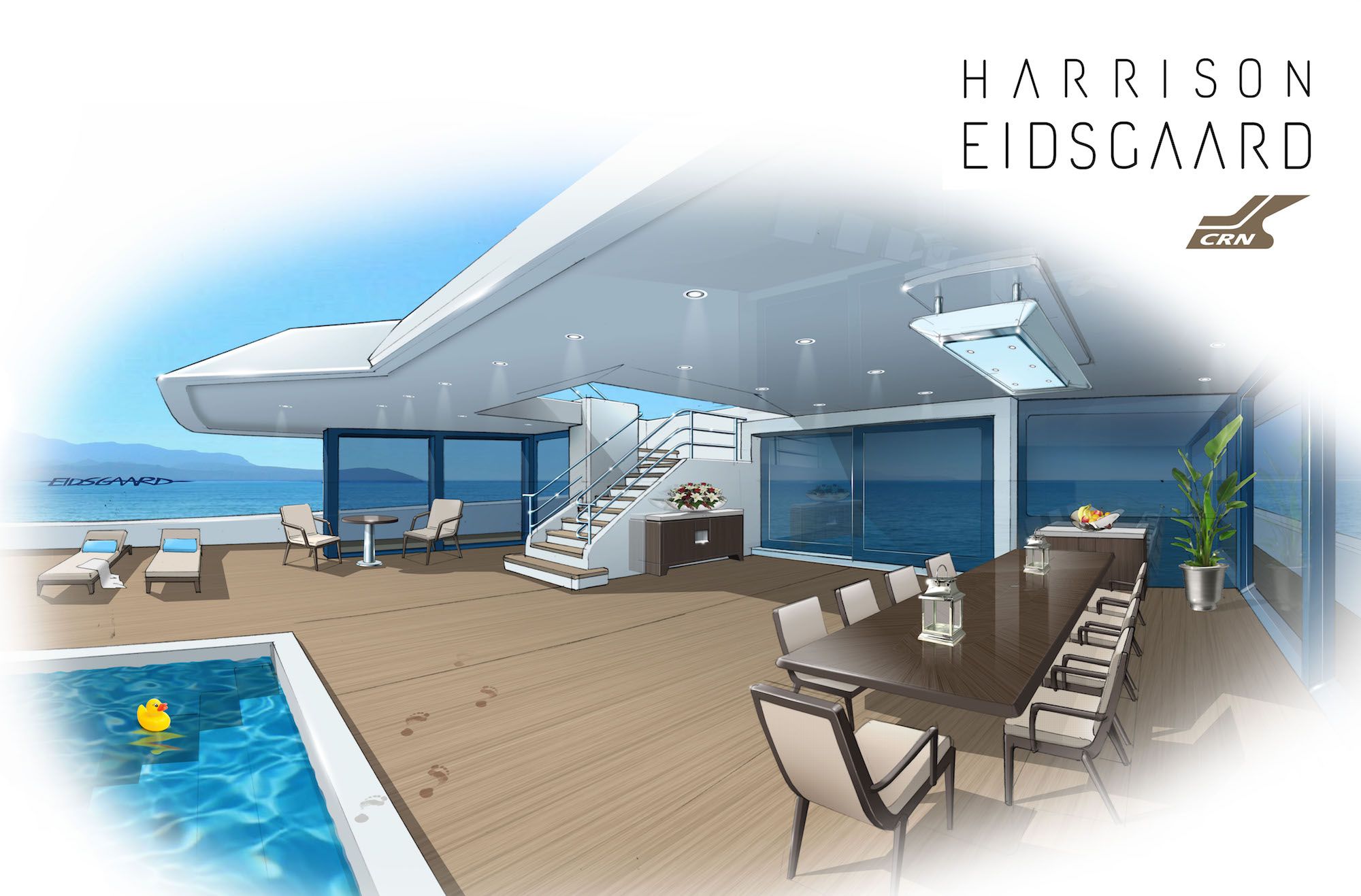 We have developed an explorer yacht capable of ensuring great functionality and ease of use while also boasting stylish exterior lines and spacious areas in direct contact with the sea, so as to meet the future owners’ passion and love. Unprecedented, state-of-the-art solutions like the ones found on board this yacht are the result of the longstanding experience and expertise of a historical shipyard like CRN”, added Harrison Eidsgaard.

In particular, Harrison Eidsgaard’s design ensures that guests always feel connected to the surroundings by providing direct views to the exterior in all parts of the interior, with multiple focal points offering panoramic views.

This was the starting point for the design brief, from which a long and painstaking number of design phases have been exhaustively carried out, considering both form and function.

A continuous terrace running the entire length of the owner’s deck is reminiscent of a New York loft apartment, while simultaneously flooding the interior with light and delivering spectacular views to the exterior.

Both inside and out, the crew’s activities and guest movements have been considered to allow easy operations on board, said CRN.

Specific allowance has been made for storage of a host of water toys and tenders to enable the owner and guests to fully explore a wide range of locations, from shallow shorelines to deep-sea day trips. Of note is the forward davit, which is specified to haul and launch tenders and water toys of up to 50 tonnes.

Early releases of the design feature a helipad on the top deck, side-opening terraces at the waterline for tender activities, a Jacuzzi on the aft of the owner’s deck, and a large swimming pool on the main deck. The released drawing also displays a sailing boat and large tender, both of which would likely be stowed on the foredeck.