Bentley Motorsport has unveiled an all-new Continental GT3 racecar, currently in development for the 2018 motorsport season.

The second-generation Continental GT3 is the latest dedicated racecar in an acclaimed Bentley motorsport lineage that includes the 41⁄2 Litre, Speed Six and Speed 8 Le Mans winners. The first-generation Continental GT3 has proven to be a championship-winning endurance racer, scoring 120 podiums and 45 wins across 528 races around the world to date.

Bentley’s Director of Motorsport, Brian Gush commented, “After four years of success with our Continental GT3, we’re excited to reveal our second-generation car. The new car leaves no area or system untouched in the search for even better performance, and the early test results are promising.

“The new Continental GT road car has proved to be a great starting point for the development of a new racer, and the engineering development work is true to Bentley’s impeccable standards.”

Development of the new car has been led by the engineers of Bentley Motorsport’s in-house team based in Crewe, together with designers and technicians at Bentley’s motorsport technical partner, M-Sport. 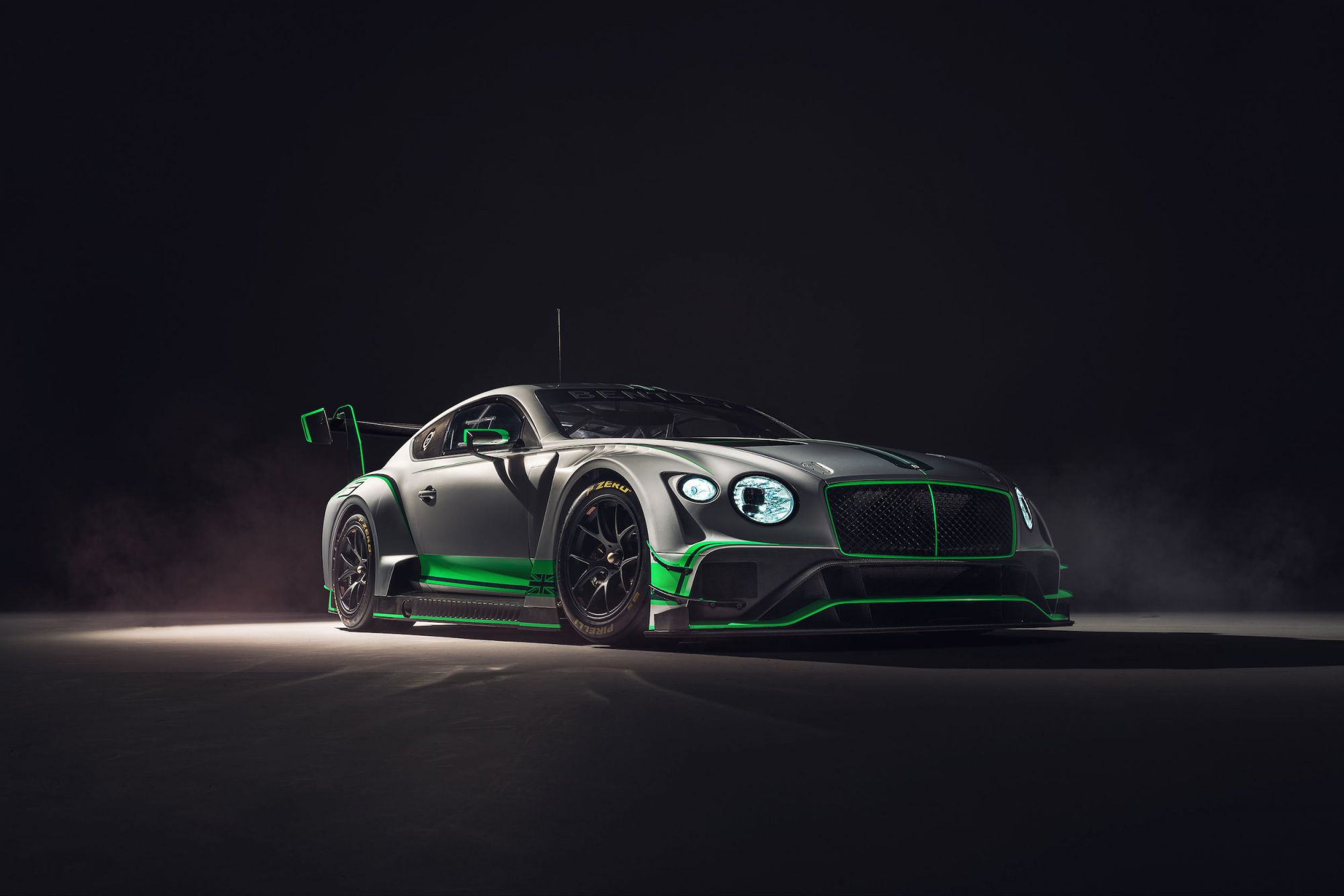 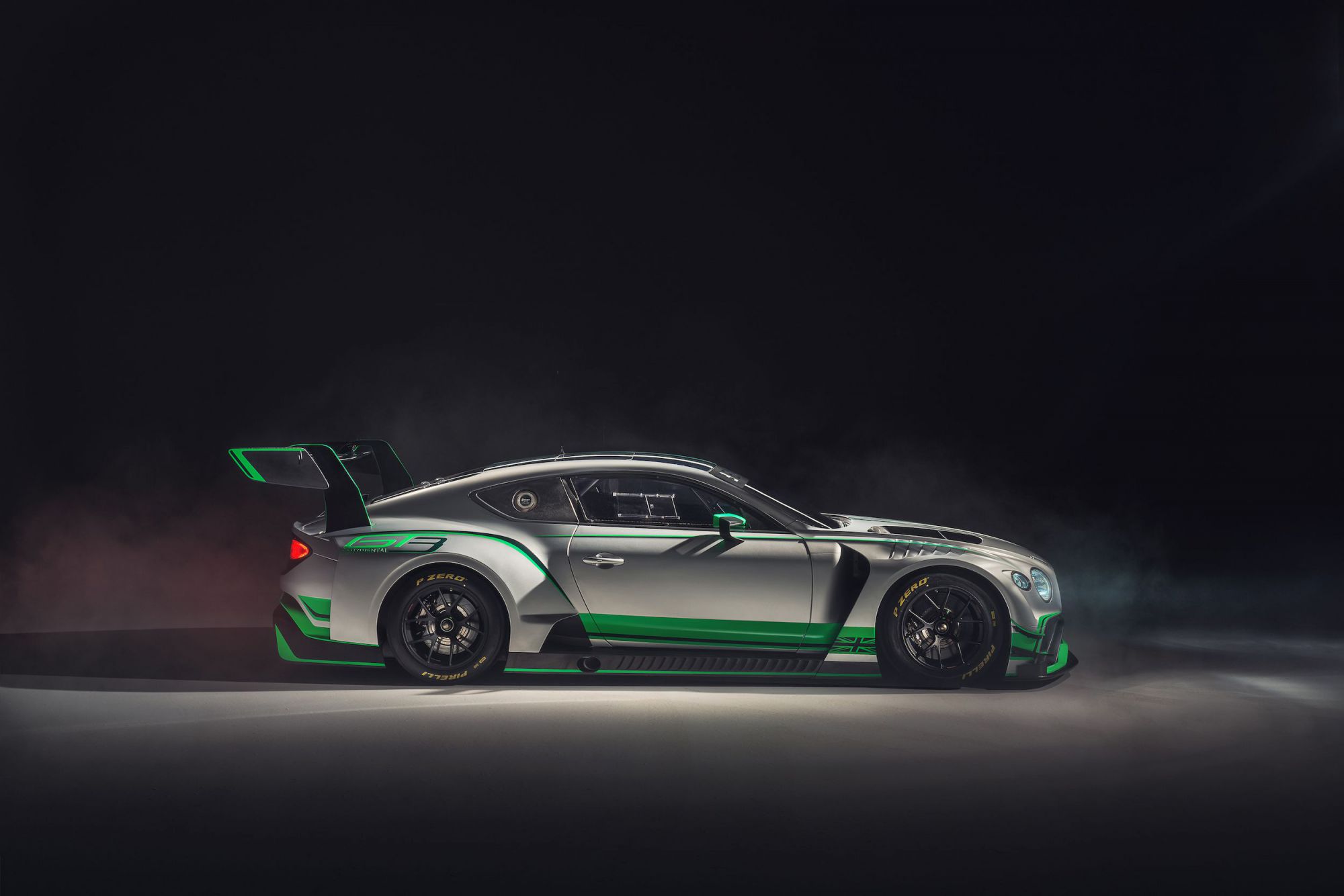 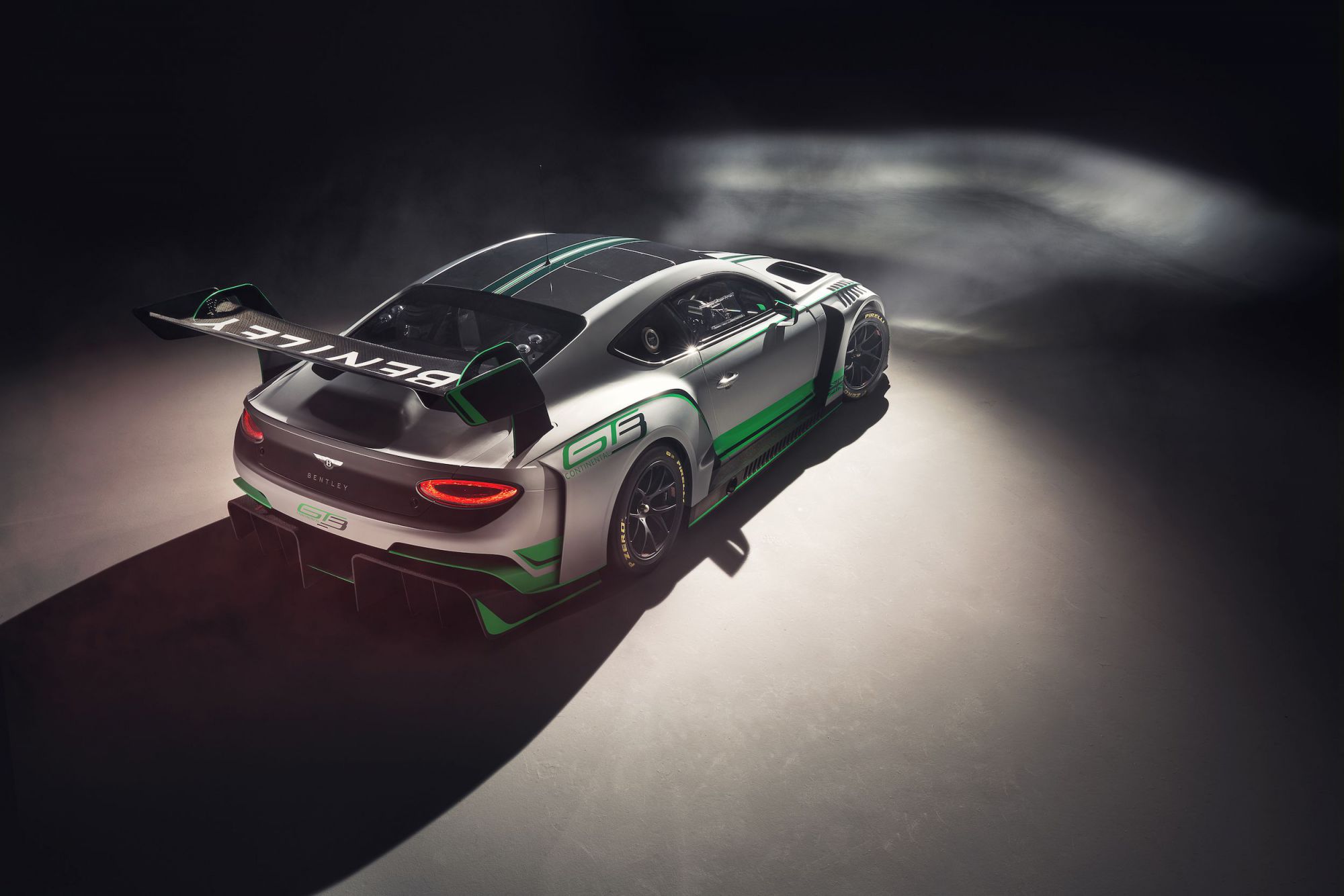 The new Continental GT3 has been designed from the all-new Continental GT road car, utilising it’s mostly aluminium structure as the foundation to deliver a race-ready weight of significantly less than 1300 kg and helping to deliver an ideal weight distribution for racing.

The engine is a new development of the renowned and race-proven 4.0 litre Bentley twin-turbo V8, with a totally redesigned dry sump system and all-new intake and exhaust systems. Unrestricted power is in excess of 550 bhp.

Exterior aerodynamic surfaces have been crafted in the wind tunnel and are based on the shape of the road car, enhancing the muscular exterior panels with aerodynamic devices for additional downforce.

Suspension and braking systems are new and bespoke to the Continental GT3.

Bentley Motorsport is also announcing its plans for the 2018 season, after 2017 proved to be the most successful season for the team, capturing the Blancpain GT Series Endurance Cup. Bentley Motorsport will run a pair of new Continental GT3 racers across Europe in the Blancpain GT Series Endurance Cup again next year, and also compete around the world in the four-round Intercontinental GT Challenge.

The new Continental GT3 will make its race debut at the opening round of the 2018 Blancpain GT Series Endurance Cup at Monza. Updates from the development programme of the new racer, and confirmation of the 2018 driver line-up, will be issued by Bentley Motorsport in due course.