Sealegs’ CEO David McKee Wright made the announcement at the recent 2020 Sealegs Onetangi Beach Races. Waiheke Island is a unique community, and many are already Sealegs owners.

McKee Wright extended the opportunity to those interested in becoming the first owners of Sealegs Electric craft to become proactive pioneers in the development of the company’s new model.

At the event, McKee Wright recounted the Sealegs story, of pioneering a new market segment of amphibious boats and growing it from zero to over 1,500 craft in 50 countries.

Sealegs has really struck a chord among Waiheke residents, who he described as “successful, early adopters, appreciative of their lifestyle”.

Working together will be beneficial for both Sealegs’ owners on Waiheke and the company itself, and McKee Wright signalled this as a priority going forward. 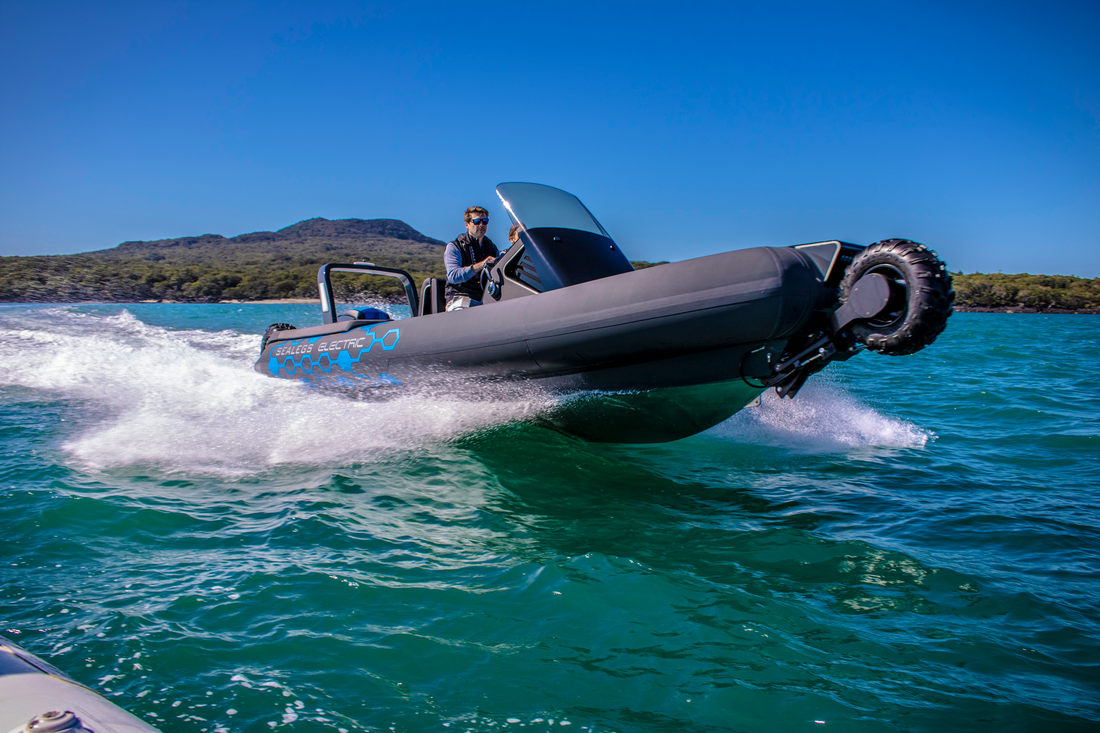 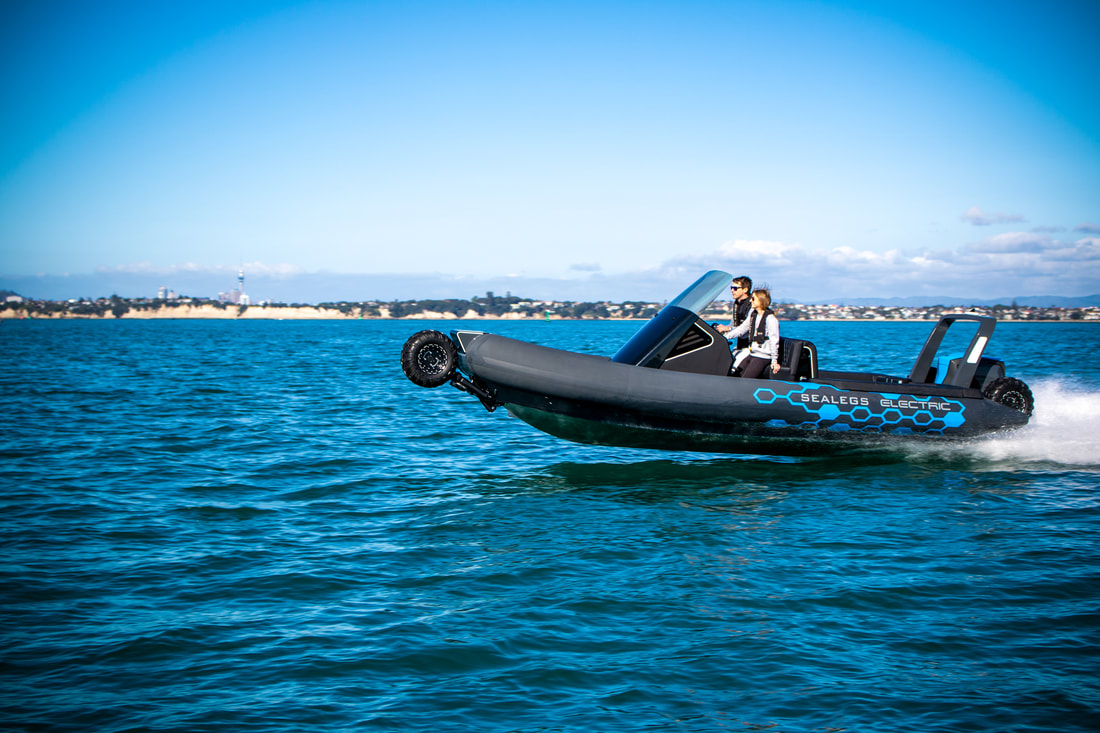 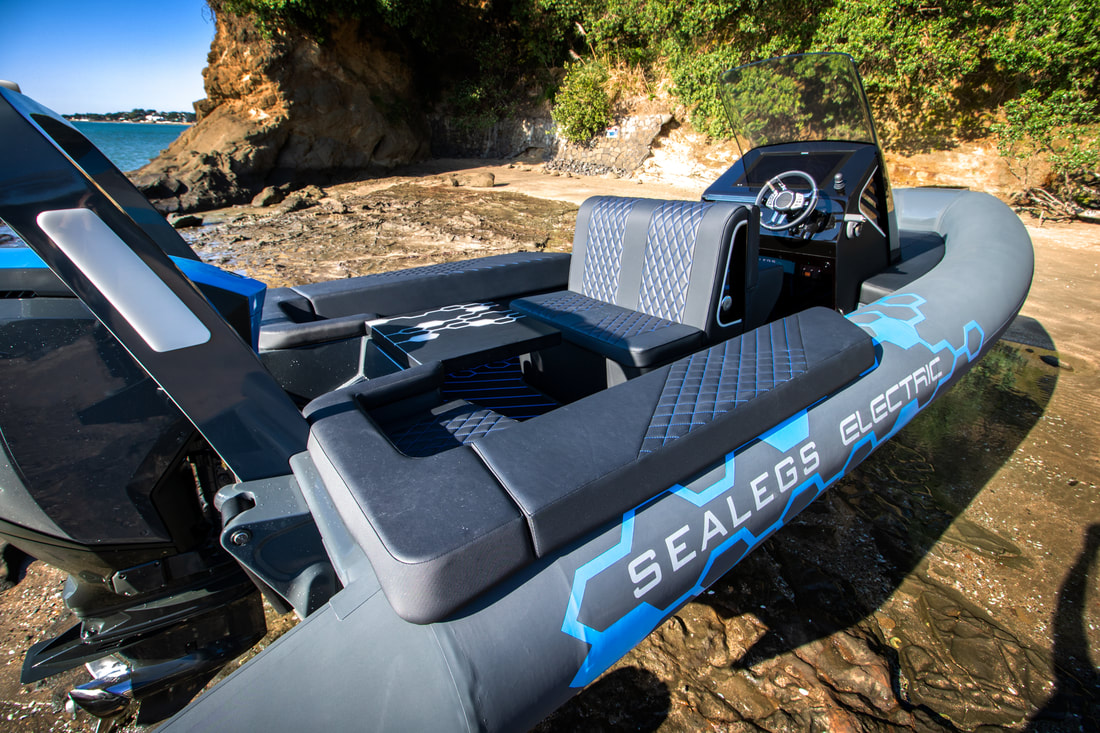 A cluster of customers within 50kms of its R&D facility and factory represents a unique opportunity for product feedback, before exporting new ideas and technology to the world.

Powerful, high-torque hub-mounted brushless electric motors effortlessly drive the Sealegs Electric craft out of the water and up beaches and through difficult terrain. 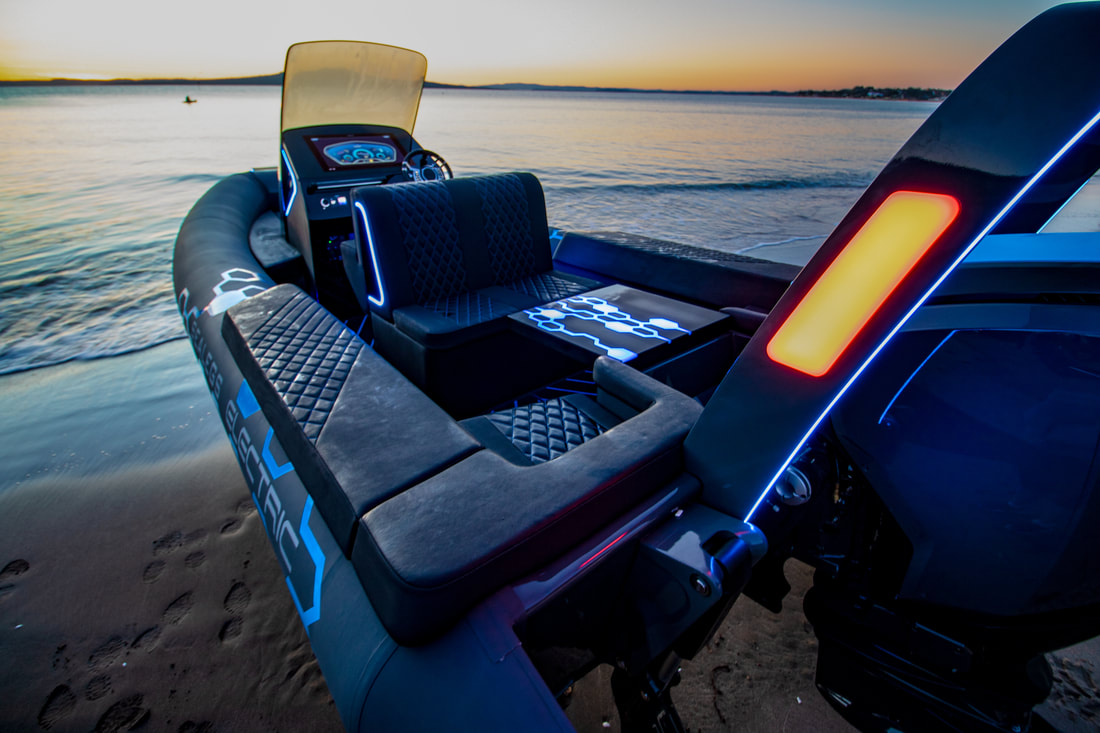 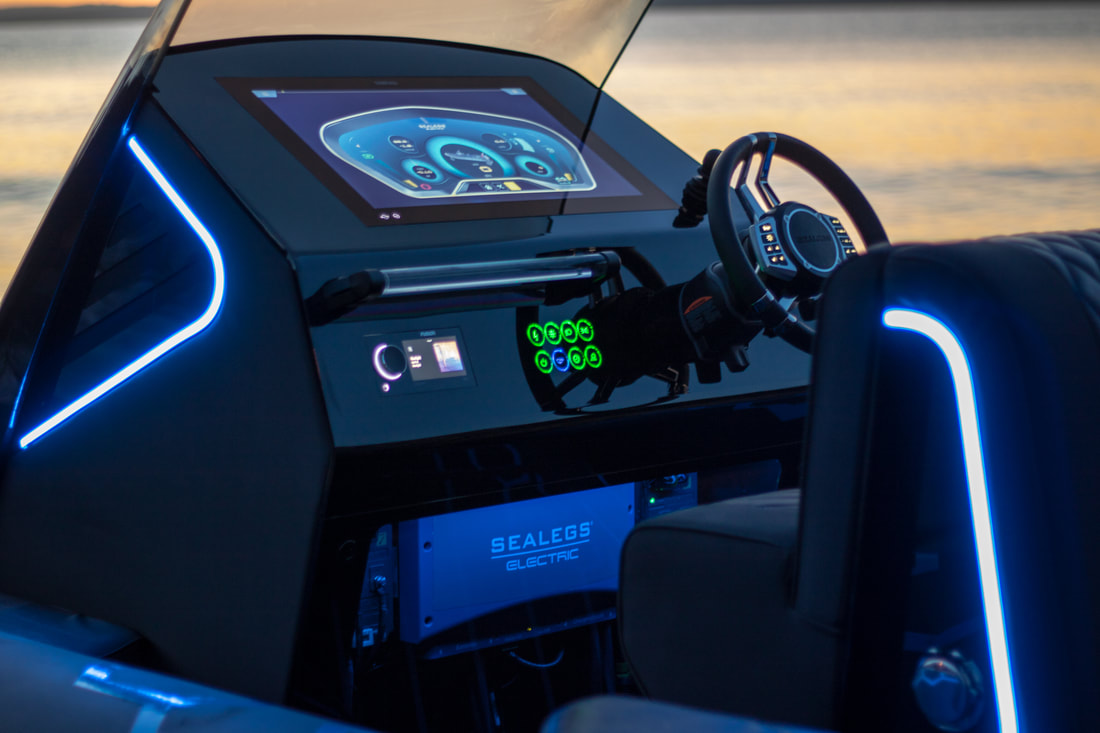 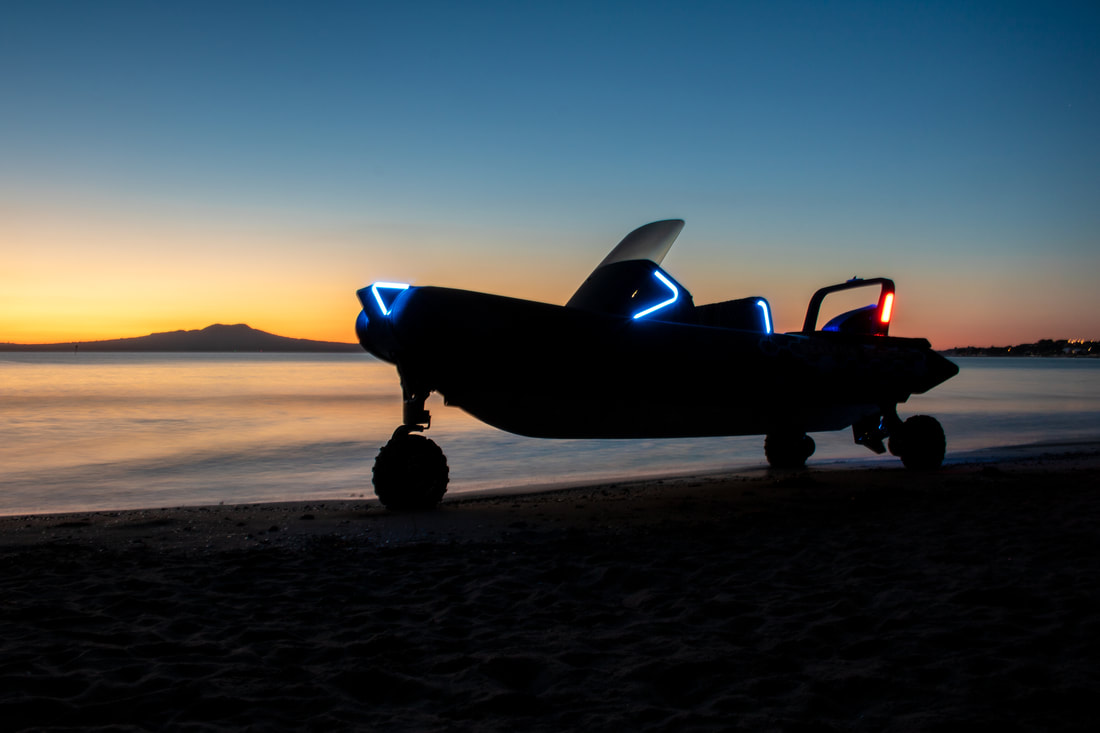 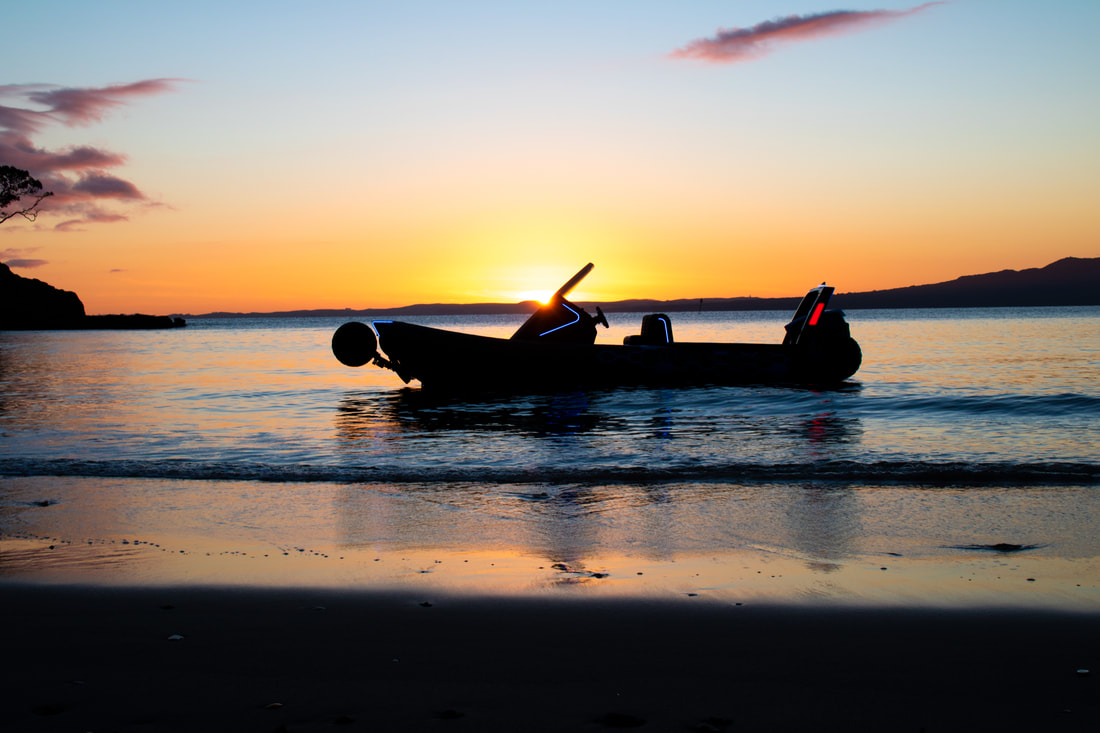 The high density 7kWh lithium battery delivers up to 20 return launch and retrieve journeys on land between charges. Charging is via a built-in mains charger as well as via regenerative braking. Mechanical brakes are integrated into the hub motors.

Benefits include single handed operation, giving one person the freedom to launch their boat by themselves; immediate access to and from the water, no waiting, backing trailers, winching or parking; embarking and disembarking no longer means getting wet; more time on the water, less time spent getting in and out of water and the ability to explore places inaccessible in a traditional boat, thus greater usage of your investment.

The first Sealegs Electric is already destined for Waiheke Island in the coming months, and more are scheduled later in 2020. The first units are likely to arrive in the Northern Hemisphere in spring 2021.

Another recent initiative by Sealegs to support its growing customer base on Waiheke was the appointment of Dean Cunningham as a dedicated customer support resource for existing customers on the island, which are now in excess of 100.