The McLaren Elva Gulf Theme by McLaren Special Operations (MSO) is a celebration of the renewed partnership between McLaren and Gulf Oil, with the Sydney show car debut the first appearance of the vehicle in Australia.

The livery was created to celebrate the renewed partnership between Gulf Oil and McLaren Automotive, which first ran from the late 1960s until the early 1970s.

Placing this design on an Elva is a purposeful nod to the roadster’s commitment to performance and heritage.

“At McLaren, we are committed to pushing the boundaries of what is possible and to showcase the increasingly extensive range of performance capabilities and personalisation options we can offer to customers.” 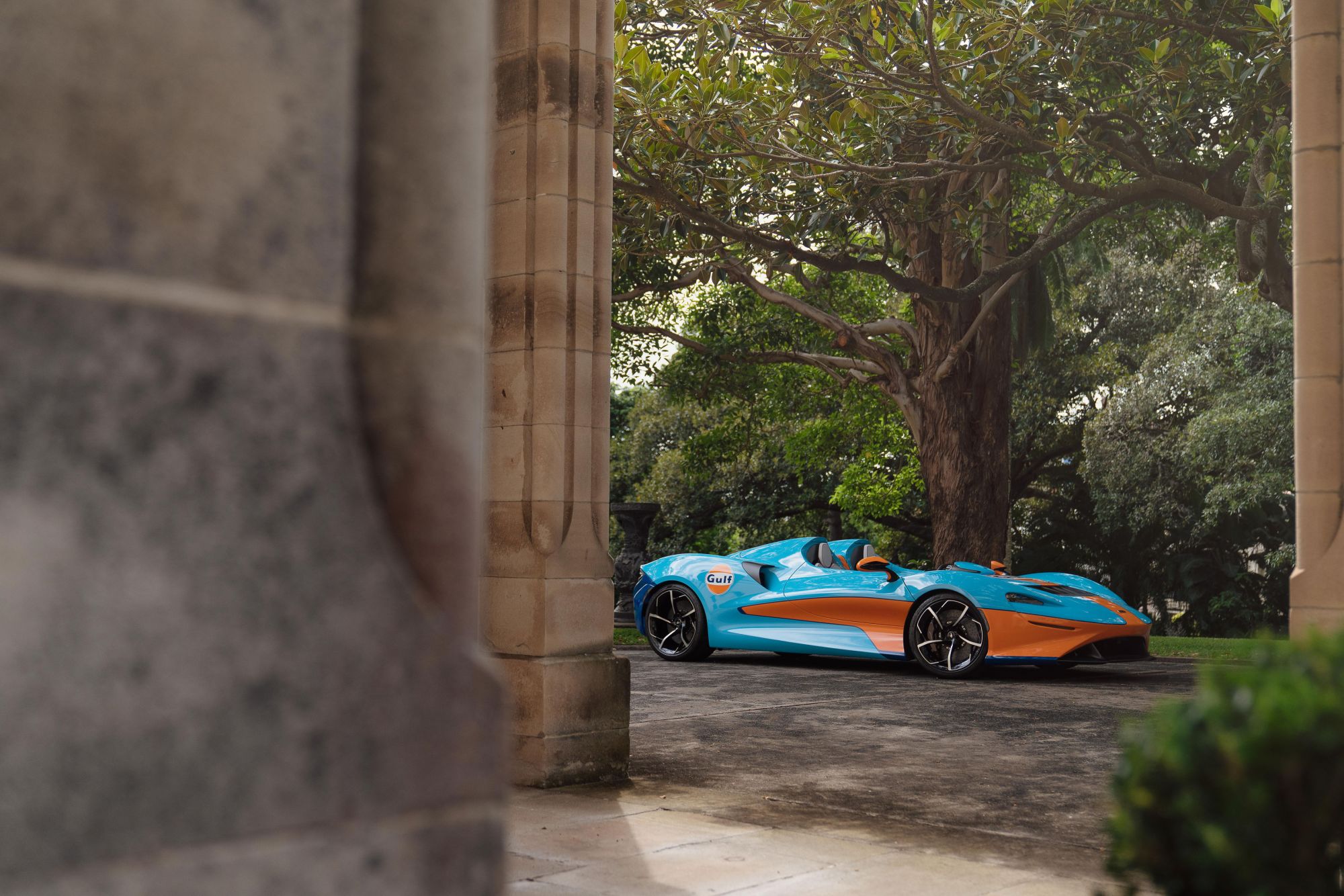 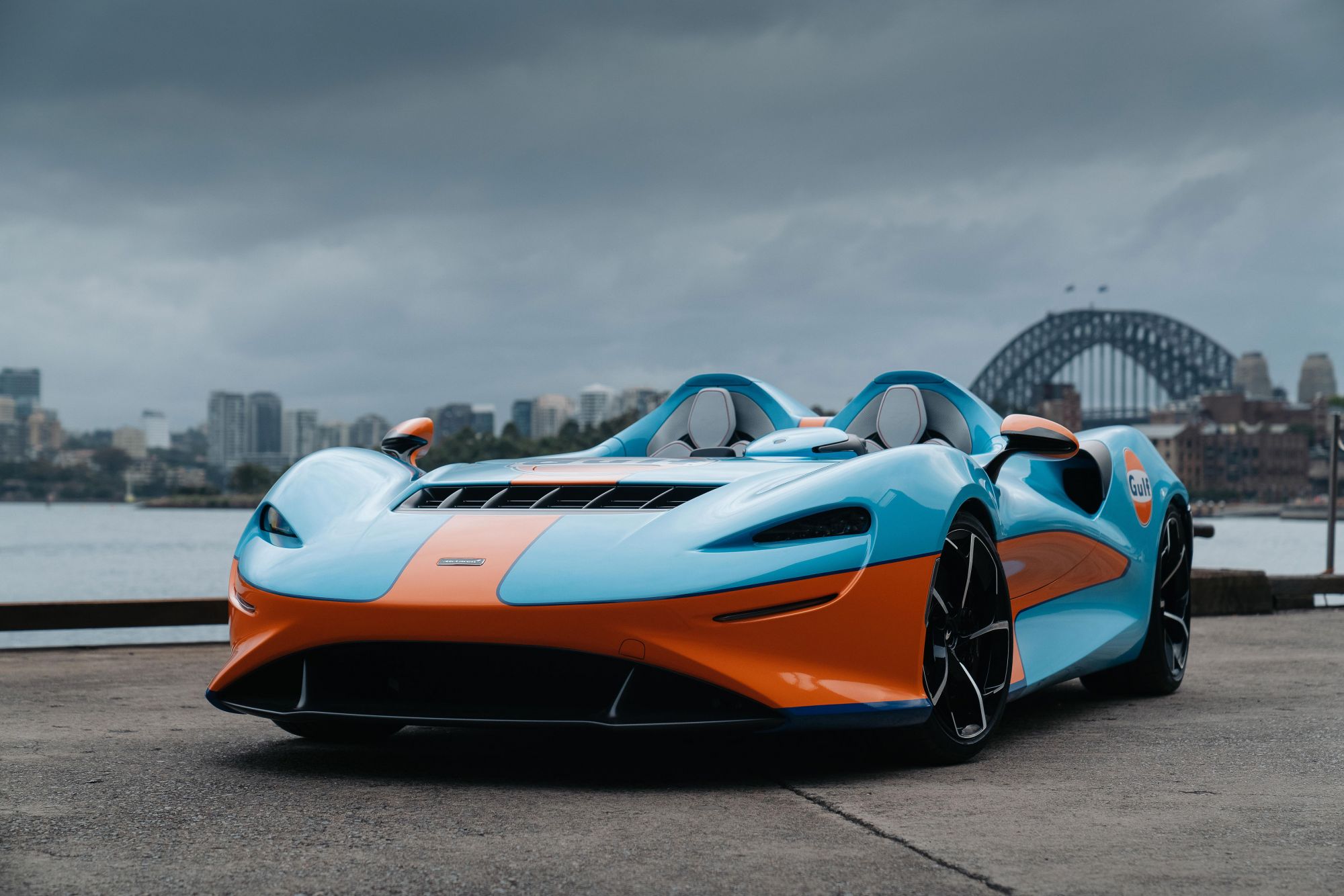 Created to deliver nothing but uncompromised pleasure and the purest possible driving experience, the McLaren Elva is an Ultimate Series roadster at the cutting-edge of automotive technology.

In line with McLaren’s ongoing commitment to super-lightweight engineering, the roofless Elva incorporates an innovative Active Air Management System (AAMS) that creates a virtual canopy over the seamlessly integrated cockpit providing some protection from the elements to the driver.

“The McLaren Elva Gulf Theme embodies the racing legacy which we have inherited from our founder Bruce McLaren. He was a racer, an innovator and a true leader, his pioneering spirit lives on through the work we strive to accomplished at McLaren each day in his honour.”

Also on display at the Concours is the most powerful and engaging McLaren Longtail yet, the 765LT.

Based on the incredible 720S, the LT delivers on every level. Radically lightened and lower, the 765LT uses innovative aerodynamics to create 25 per cent more downforce than the 720S. More powerful and with even higher levels of performance than its predecessors, the 765LT is the latest in a line of ‘Longtail’ McLarens, with even higher levels of performance.

Just 765 individually numbered units have been built, each delivering an immersive sensory experience with the purest possible connection between driver and car.

Elsewhere, guests of the Concours will find the McLaren GT. The superlight McLaren GT is a unique supercar for McLaren owners seeking to drive their car every day, featuring a beautiful lightweight body and outstanding ride comfort and cabin refinement, with enhanced practicality for everyday use Sleek, elegant and muscular and superlight, the GT offers a compelling blend of beautiful design, high quality innovative materials and exceptional refinement in combination with true supercar performance and the benchmark driving dynamics and engagement for which McLaren is renowned.

The Concours d’Elegance is set amongst the lush gardens of Swifts, one of Australia’s finest heritage listed buildings. Built in 1875, the Gothic Revival Mansion is situated in Darling Point, with the McLaren display joined on the scenic lawns by a collection of carefully curated motor cars.