On 4 December, over 200 guests attended the 3rd YCM Marina Party hosted by the Captains Club, including the famous explorer Mike Horn.

It was an opportunity to promote the new Captains Charter which 48 Captains signed up to with enthusiasm.

In keeping with the Yacht Club de Monaco’s naval traditions, the Charter is a promise by members of the Captains Club to transmit and perpetuate the values of yachting, instituted by Prince Albert I and developed by YCM President HSH Prince Albert II of Monaco.

The famous explorer Mike Horn, who wears the colours of the Yacht Club de Monaco in the most hostile regions of our planet, both on land and at sea, honoured this evening with his presence. It was a real surprise for the captains to be able to meet this adventurer, who took a short break of 24 hours in his Pole2Pole expedition.

Leaving Monaco in May 2016 on board his Pangaea sailing boat, he is currently on an unprecedented round the world trip, on multiple supports (on foot, and under sail and kite). 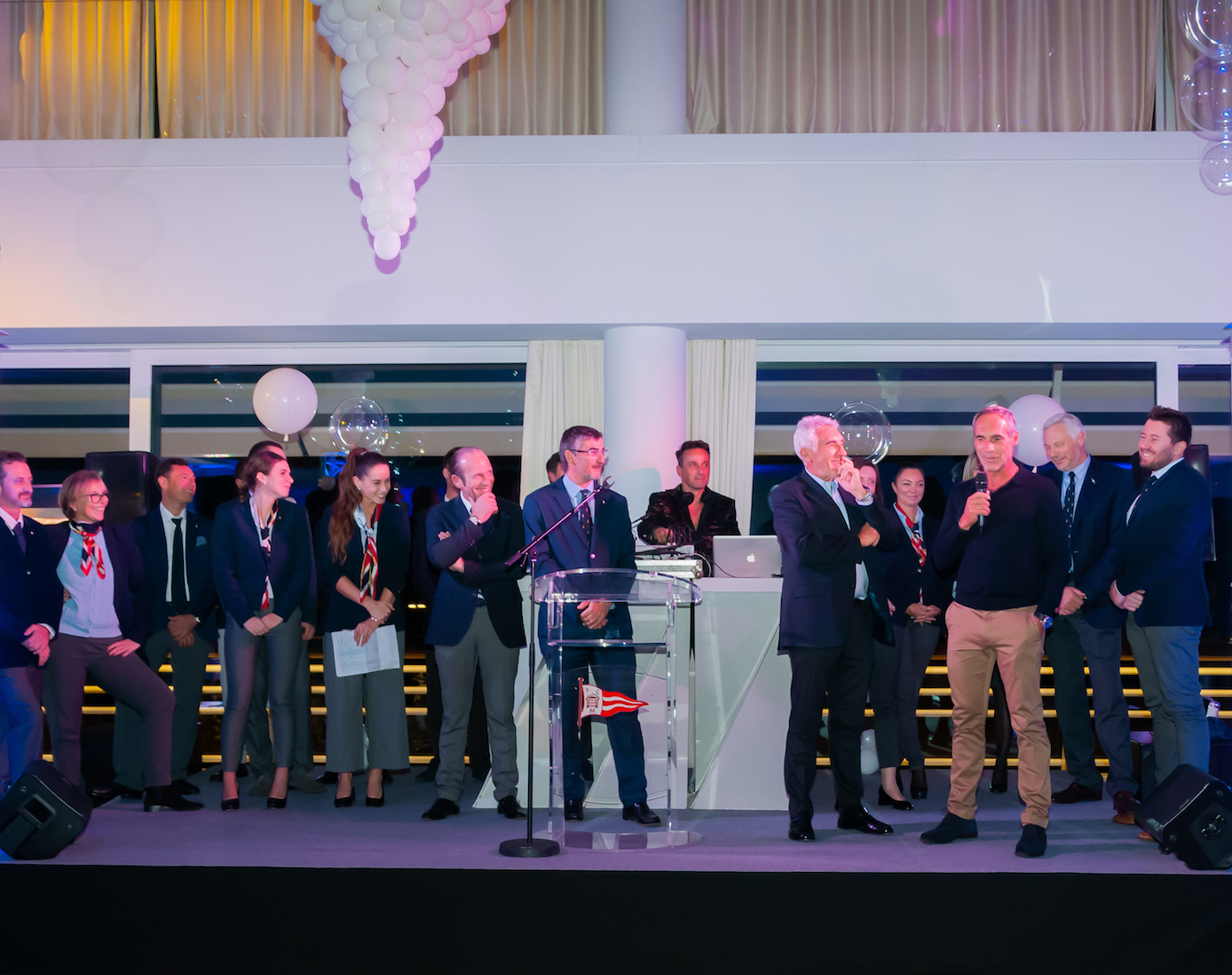 Horn will continue his journey and join his 35-metre icebreaker, currently moored in Hong Kong, before heading north, passing through Bering Strait and then Alaska where he will wait for the ice to melt in order to land as close as possible to the Arctic ice pack. He will then begin his crossing on foot via the North Pole. Pole2Pole is expected to return to Monaco at the end of 2019.

For the Yacht Club de Monaco, captains are ambassadors of the fundamental values of the Club presided over by HSH the Sovereign Prince Albert II of Monaco on the theme of “The Art of Living the Sea”.

The agreement signed by these 48 members of the Captains’ Club consists in the first place in committing themselves to respect the YCM’s core values. It is also to initiate a collaborative approach that will allow the fruit of their experiences to be transmitted; to engage in innovative actions with the objective of making the navigation of large yachts ever more virtuous, whether they are for pure pleasure or exploration.