Inspired by the World War 2 British Spitfire, and powered by Rolls-Royce, the new Aeroboat is a quintessentially British creation. Straight out of the design studios of Claydon Reeves, the Aeroboat was launched to great acclaim at the SuperYacht Gallery in London that was held in early June this year.

Five models will be available, ranging from 55-feet, to 100feet plus. Each aluminium and carbon-fibre built yacht shares the same DNA and form language, and is adorned with user-focused features that define and enhance the onboard experience.

Style and performance are key factors for every model, which is why Aeroboat has chosen Rolls-Royce as its main supplier to ensure nothing but the best in performance and reliability is achieved. From the engines to the waterjet propulsion and into every system on board, each yacht is controlled and powered by Rolls-Royce.

Claydon Reeves designers have teamed up with naval architect BMT Nigel Gee, to create one of the sleekest looking vessels to ever hit the ocean. The first in the line is the Aeroboat SV12, the smallest and most performance-focused in the range, powered by a fully marinised Rolls- Royce V12 Merlin engine. 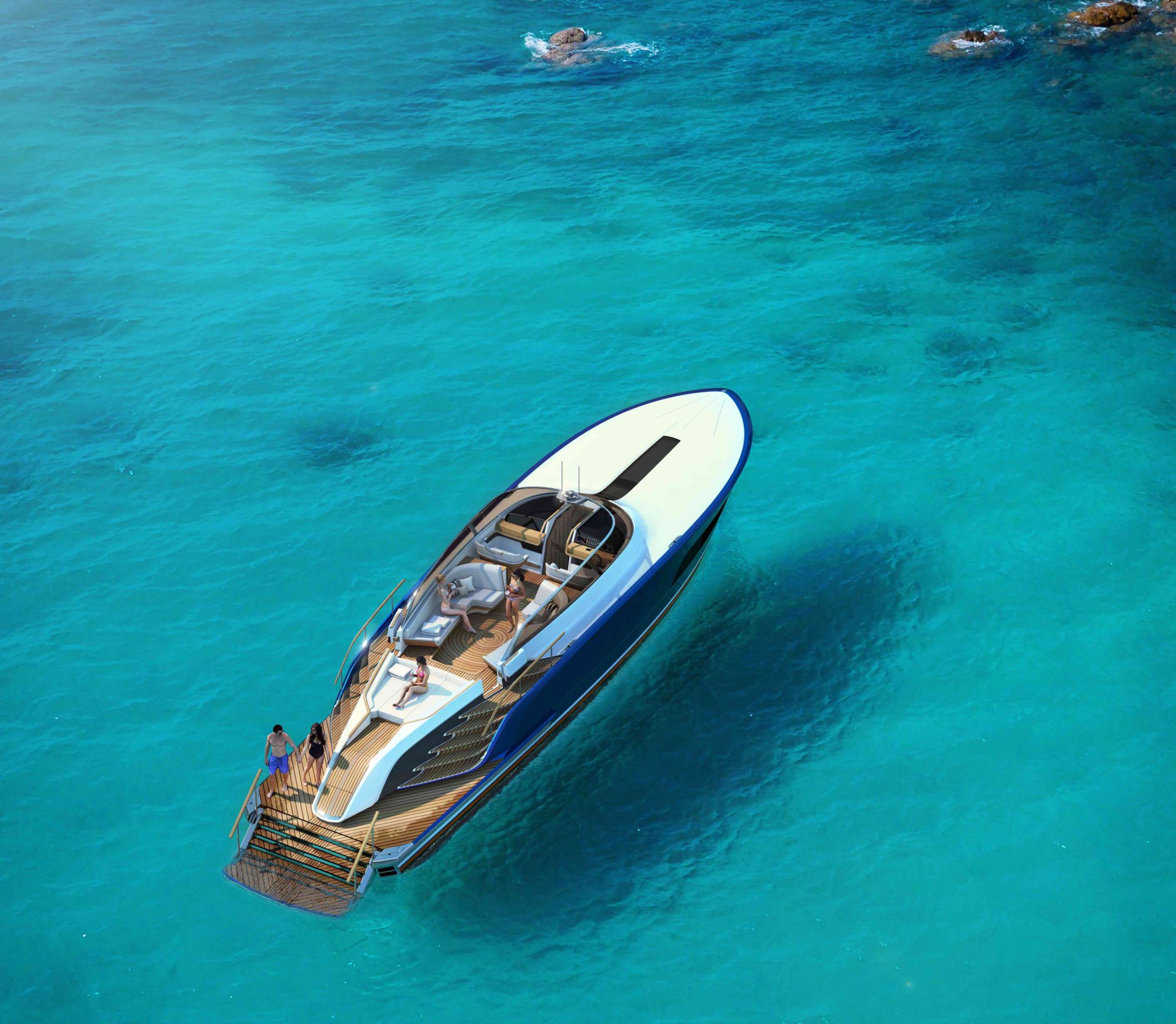 The SV12 has provided the base from which to develop the highly-anticipated Aeroboat S6, a 65-foot yacht with carefully-considered space above and below deck.

A grand cabin forward with expansive windows offers a generous space for guests to enjoy and can easily be transformed into a Master suite should an owner wish to stay on board.

The shower room, dayhead and galley are of a size more commonly found on larger yachts, while the main passageway provides access to a second cabin and a tender garage that can house a 3.8-metre tender or a couple of jetskis.

Depending on the specification of the S6 – which is available as a hardtop, fixed bimini or open cockpit guests can enjoy alfresco dining amidships, with sun loungers located either side of the wide passageway leading aft to the passerelle. When deployed, it connects to the Aerostairs, a custom engineered unit the width of the transom that can extend the swim platform, rise to meet with the passerelle or lower below the waves for easy access to the water. 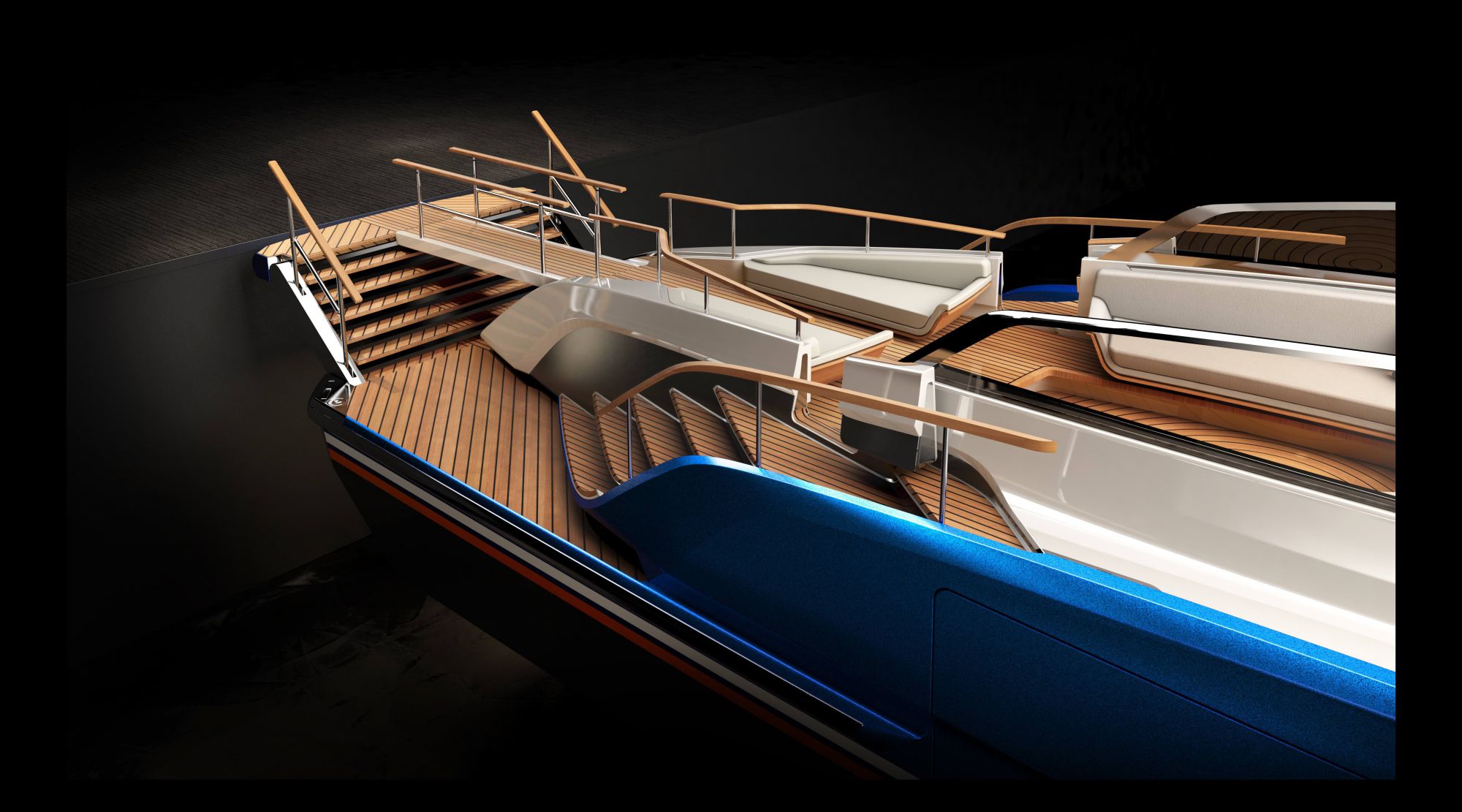 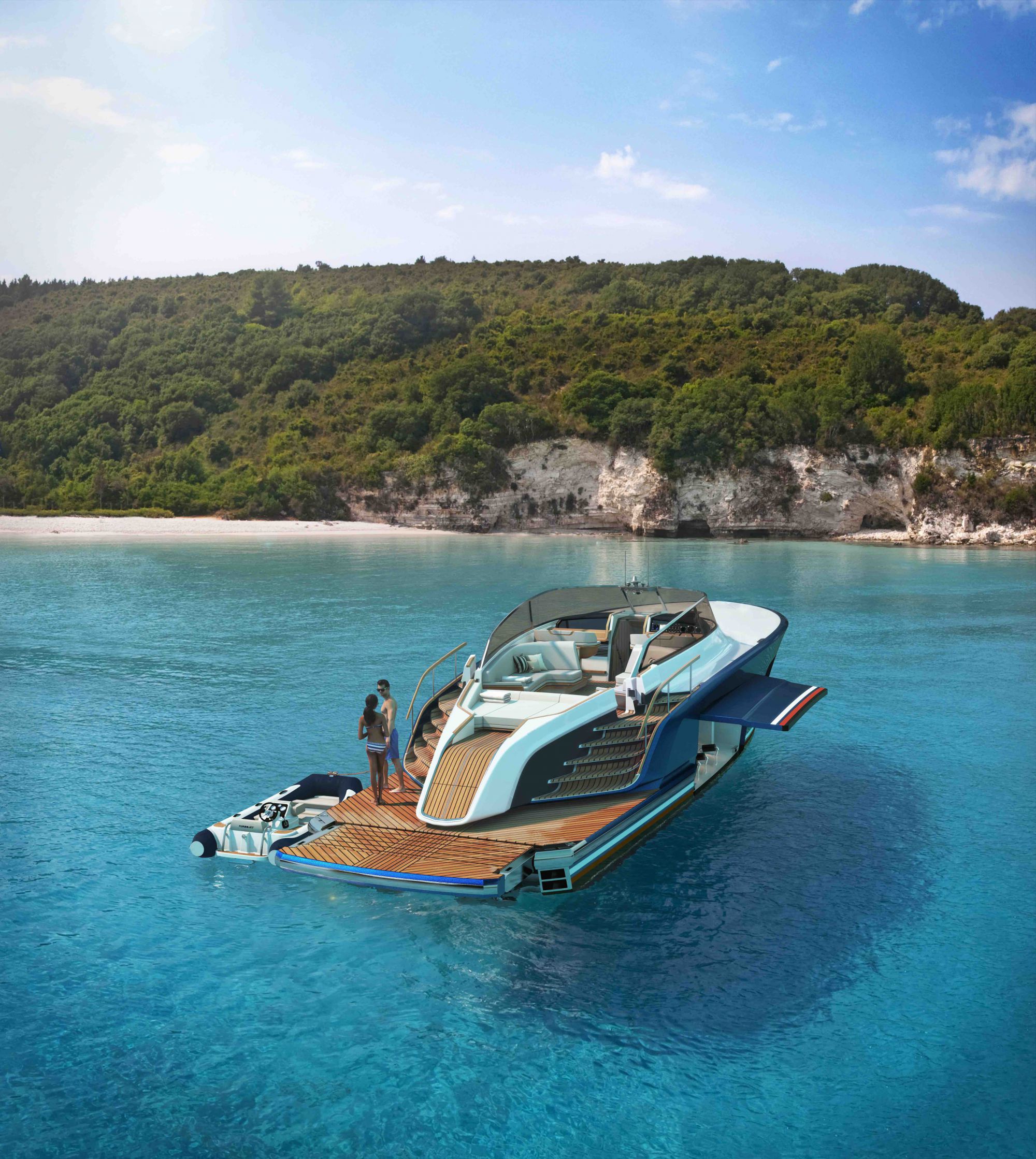 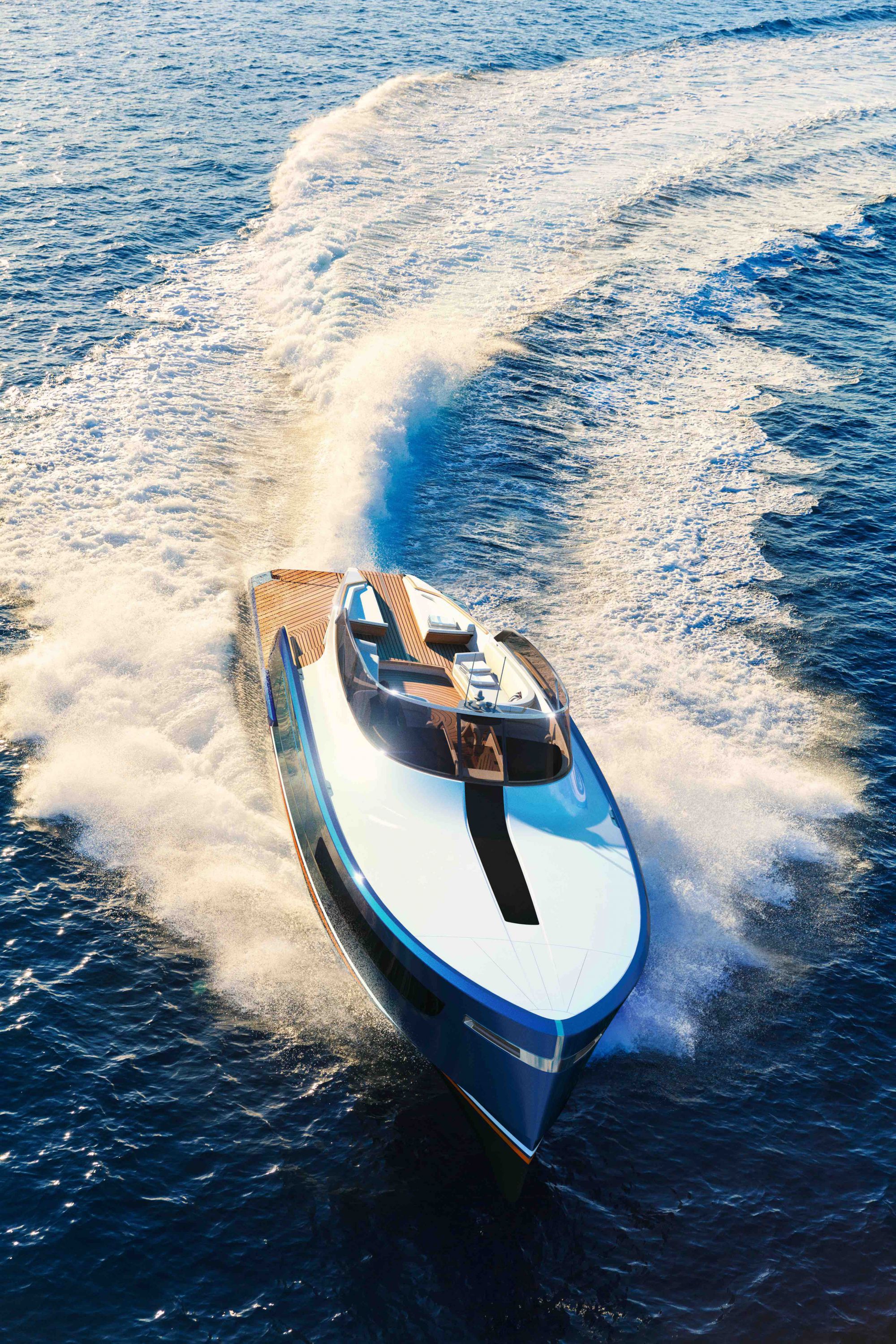 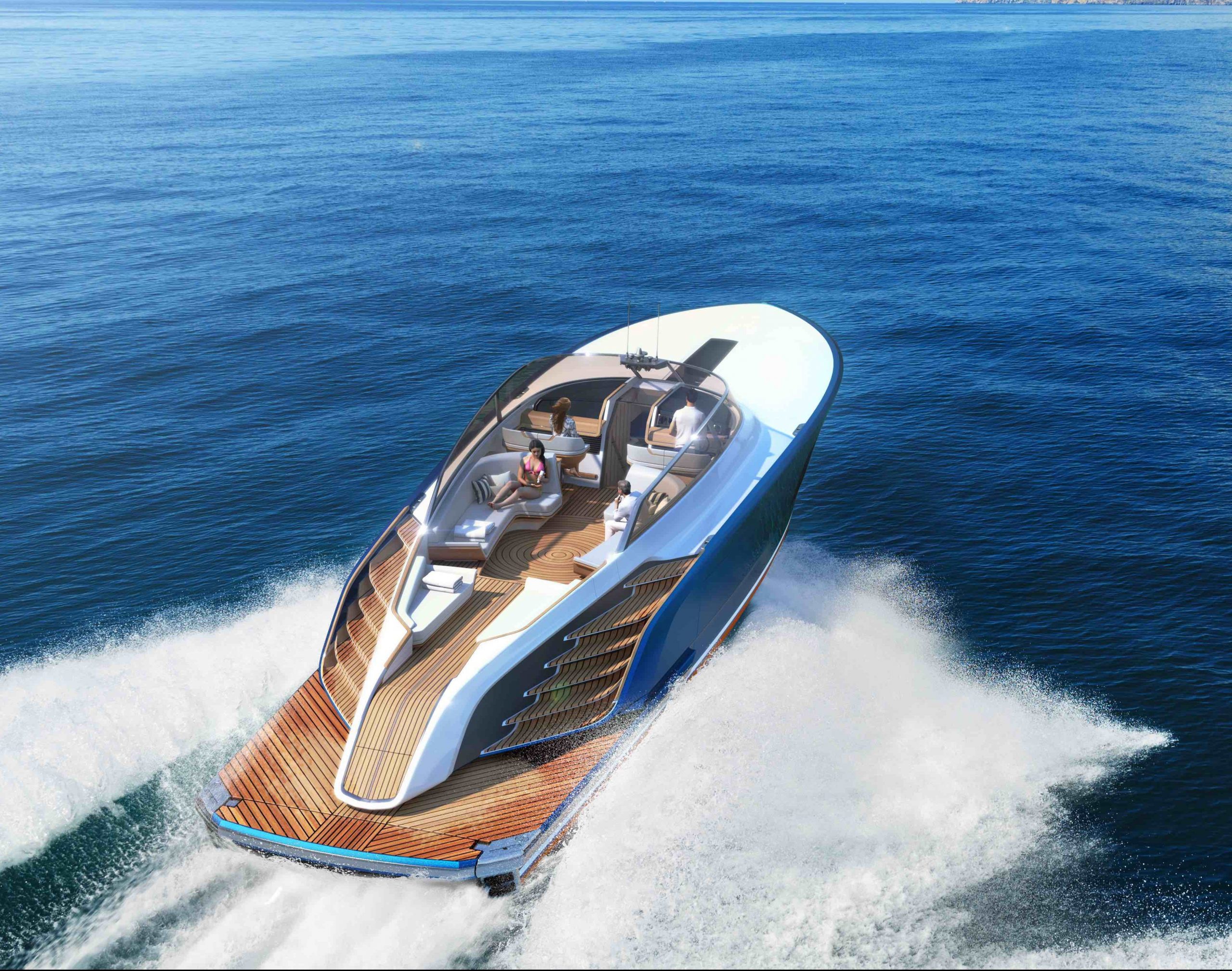 The Series 2000 M96 engines are the latest units to come from MTU and meet current emission regulations while offering outstanding acceleration and low fuel consumption.